Holiday Song of the Day: Pedigo’s Magic Pilsner – “Counting Back Down (to Next Christmas Time).” 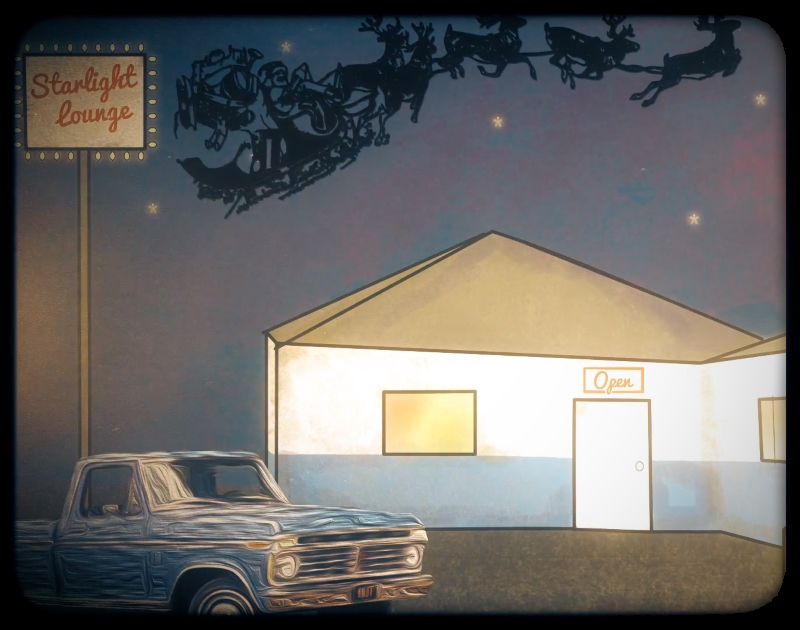 Pedigo’s Magic Pilsner – “Counting Back Down (to Next Christmas Time).”
RIYL: Those little booze-filled advent calendars.
What else you should know: More and more these days musician John Pedigo (The O’s, Boys Named Sue) is making a name for himself as a producer, helming projects by Joshua Ray Walker, Charlie J. Memphis and 40 Acre Mule this year alone. He also scored his most high profile behind-the-glass gig yet this summer, pressing record on the Old 97’s’ just-released batch of holiday originals.

Needless to say, Christmas has been very good to Pedigo this year.

And he’s spreading that holiday cheer around, not just from the producer chair, but while fronting his current project, Pedigo’s Magic Pilsner. Quite literally, too, in the form of this warm spirited animated video for his original holiday tune – which Pedigo also made himself.

Unlike the band’s full-length debut, a sometimes melancholic affair colored by the death of his father, “Counting Back Down” is an all-around joyful noise avowing the sense of magic that pervades the season.

Or, as he sings in the season-specific love song, “It’s the best time of year to go for it all.”

So even if your 2018 hasn’t been the duck’s nuts thus far, none of that matters this month. Tis the season for a reminder that everything’s just fine.