Hip To Be Square. 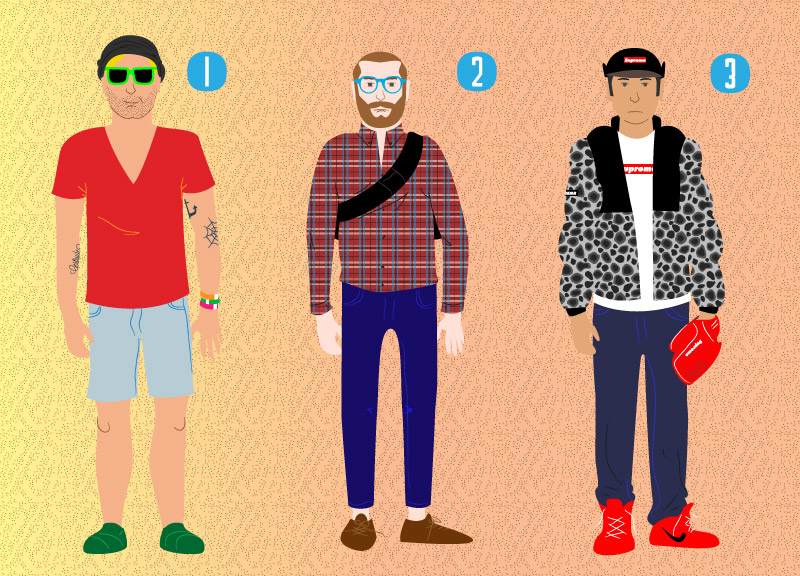 Let’s Not Talk About Hipsters.

In 2008, the ombudsman of The New York Times declared a moratorium on the overuse of the word “hipster.” One of the most staid, traditional papers in the country was using the word hipster over 250 times a year.

Yes, you read that right: Even four years ago, the term was being overused.

If that doesn’t mean it’s completely irrelevant these days, then I don’t know what does.

Between the rise of corporate culture embracing the idea of a “hipster” by packaging and selling it, and the spread of “cool” through the internet, anyone can take up the mantle of being their neighborhood’s hippest. The real irony, though, is that while everyone rushes to become hip, no one wants to admit it.

It’s like the first rule of Fight Club: You don’t talk about it. Problem is, with acceptance and commoditization, what supposedly made hipsters cool in the first place has long since eroded.

Nothing is cool if everyone’s doing it.

Which is why, a couple years ago, something happened. The word “hipster” became a negative term, a way to make fun of people. People called others “hipster” with derision. Well people always did that, but, as we remember it, it was mostly done as an in joke.

Now, the keys are in the hands of the general public — and especially the internet. Books have been written, YouTube videos filmed and posted, and lots and lots of Ray-Bans were sold.

Since the term “hipster” is totally immaterial art this point, that means it’s time for all of us to just move on. To be honest, I don’t think anyone really even has an idea of what a hipster actually is anymore. It’s time for, pardon the phrase, a post-hipster culture.

All those jerks at concerts that won’t shut up about how cool they are, or the people who have to Instagram their meal before they eat it — you can’t call them hipsters anymore. They’re just regular ass people being assholes.

Let’s repeat it for good measure: These people aren’t hipsters; they’re just assholes. To illustrate the point, we’ve rounded up a choice selection of hipster stereotypes that are, in fact, not hipsters at all. Not any more, at least.

1. The Alterna-Bro
These guys are the ultimate fakers. Their favorite band is probably Vampire Weekend, and you can tell because of their deep v-neck tee, which they most likely grabbed at American Apparel. Notice their wrists? That’s a lot of venue wristbands. You can tell they go to shows a lot. They are so into live music — but they’d probably be hard pressed to tell you much about the shows, since they just watch sports on the TVs in the venue and get wasted with their other fraternity brothers. More often that not, they’ll be wearing Toms, because they care — a little. But not really. It’s 90 degrees outside? No worries. They’ll still be wearing a beanie. Alterna-Bros usually come with a couple tattoos, which ups their legitimacy. Look out for advanced Alt-Bro’s on longboards or making out with Party Girls (more on them later).

2. The Creative
Did you read his blog post about the last Criterion movie he watched? No? Yeah, we didn’t either. It’s cool; he’ll lecture you at length about the nuances between Kurosawa’s early noir period and his samurai films anyway. You’ll recognize him because he’s in a button down shirt, with jeans and dress shoes — and almost certainly without socks. He only goes to barbers — because that’s traditional. He’s into tradition. The Creative says his style icon is Steve McQueen, and he believes in American style workwear as a lifestyle.

I don’t know what that means, either, but he said it to me while looking down at me through his Warby Parker glasses. He knows three music blogs that no one else does, and he holds them close so that he can lord over his friends about new stuff. Good for him. He’s freelancing right now, but that’s because corporate design gigs just don’t embrace the “New Aesthetic” like he does. And, yeah, he might hit you while riding on his fixie, but give him a break; he’s on the way to a client meeting with his friend who doesn’t pay him.

3. Supreme Addict
Hey, bro. Welcome to the party about 10 years too late. Back in 2004, Supreme opened a store in LA and, well, that was about it for them. Pretty much everyone in NYC was over it except for collectors who obsessed over owning one of only 200 pairs of a shoe. But don’t worry, now they’re putting their brand on stuff like baseball gloves, boxing gloves and nun-chucks. Yes, really: There are Supreme brand nun-chucks. We don’t blame you for looking like a walking billboard; I’m sure you saw that Odd Future was wearing this stuff, and you just went for it. Good for you man. We just hope you realize that there’s a whole lot of other really awesome streetwear out there that goes beyond just being a brand. So get those Supreme Air Max 95’s out of the vault in your closet, and put them on and wear ’em. Just limit the amount of Supreme clothing items on your body to one at a time. Then you’ll look like you aren’t trying so hard. 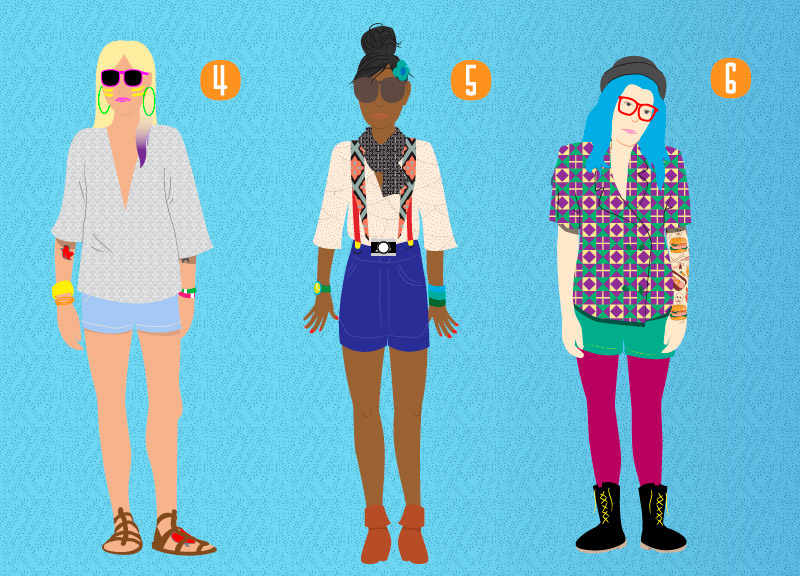 4. Neon Hippy New Age Party Girls
You know these girls. They were on the rail at the Neon Indian show, and they were totally wasted. They had facepaint on and the dyed hair tips to match.

They’re over feathers in their hair, though — they took theirs out, like, three months ago. Like Alterna-Bros, they mark themselves with wristbands, though they also barely remember most shows thanks to Bud Light Lime. Whatever, that Bud Light Lime was free. You’ll notice that, day or night, they have on neon-colored Wayfarers that they got free at Coachella last year. They’ve mastered this whole Stevie Nicks-meets-dubstep fan thing and mixed in a touch of sorority girl. Avoid them in groups; they tend to get really shrieky.

5. Boho Chic Princess
She’s really all about, like, being authentic. Her blog talks a lot about how she values vintage clothing because it’s, like, more organically cool. It’s imbibed with the spirit of truth. That’s also why she uses a film camera; she read a thing on lomography.com about how you can’t actually replicate the aesthetic of film with digital. She doesn’t use Instagram, either, instead preferring to post photos from your birthday three weeks after the fact, because that’s how long it takes to develop and scan all the slide film she shot. She didn’t mean for that to happen, but she didn’t know what slide film was when she bought a roll from Urban Outfitters. Her favorite show of all time is still Arcade Fire, because they are basically a religious experience, without the religion. Her fashion icons are secretly Mary Kate and Ashley, but she wouldn’t admit that. Look for them in the company of the Creative. They’re probably talking about curating their blogs.

6. The Queen of Quirk
She likes to describe her style as interplanetary — or maybe just free-thinking.

Yeah, she gets most of it from Urban Outfitters, but she’s pretty individual. Right? I mean, who gets tattoos of fast food? It’s just, like, a thing she really thought would be awesome, and it’s so different. That’s her mom’s old power suit jacket, too. Totally ironic, right? She dyes her hair crazy colors, but it’s just about how she feels, and not so anyone will notice her. It just makes her feel different. She hates when you ask her what kind of music she likes, because she hates having to explain all the weird stuff she likes that you haven’t heard of. Nigerian Grind Disco is pretty interesting to her right now, but it’s still in an embryonic phase and she’s cool with that. Really, though? She went to see Lady Gaga last time she was in town, and we’re friends on Facebook, so I see that all she listens to on Spotify is that “Call Me Maybe” song. If you see her, just hug her. She could use one.

Let’s all hold hands right now and make a pledge to quit calling people that we don’t like hipsters. Let’s promise each other we won’t even mention that term again. Let’s just love things that make us happy and do and listen to the things that make us feel good. Let’s move past being stereotypes and do awesome stuff regardless of it being cool or not.

We’ll all feel better this way, I promise.