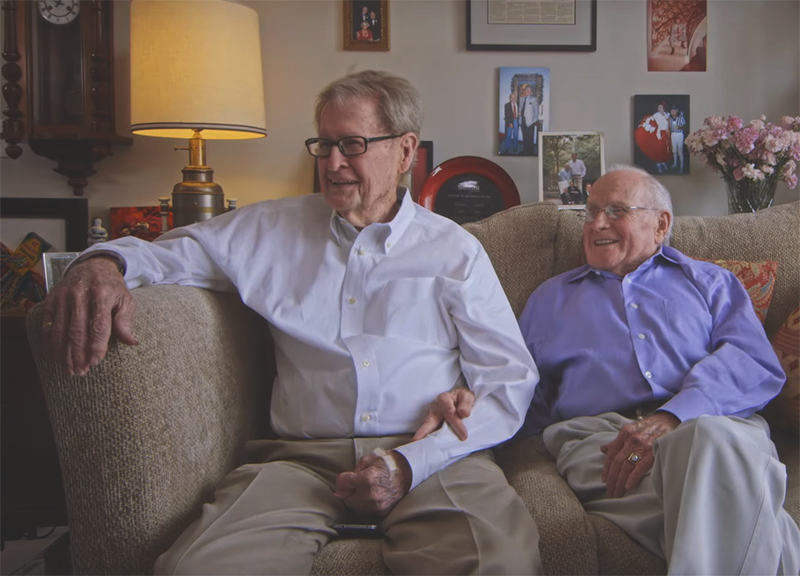 The First Gay Couple To Get Married In Dallas Scored A Beautiful Sweethearts Commercial.

This year, Jack Evans and George Harris will spend their 55th Valentine together as a couple.

But this one's pretty special — because, this time, the couple is married.

As we all know, until last year, Dallasites weren't legally allowed to get married if they were in love with someone of the same sex. But in June, thanks to the Supreme Court entering the 21st century, that all changed — and, here in Dallas County, fired from a Neiman Marcus in Houston for being attracted to members of the same sex and Harris got the boot from the CIA because of his sexual orientation — but, if there's any bit of small little solace here, its that, after decades of facing discrimination, the couple's partnership is being celebrated.

Specifically, it's being celebrated in what's actually a pretty touching promotion for Sweethearts Candies.

Watch the commercial and you'll be simultaneously touched and amazed at how old-school these two are. When they met in 1961, Evans gave Harris his business card, which for you young ones out there is the modern day equivalent of giving out your Twitter handle.

Also revealed here: Harris learned of the Supreme Court's ruling by checking for the news on the radio, an electronic device that transmits waves through space and allows you to listen to commentary, music and the news, kind of podcasts.

Jokes aside, Harris and Evans' story is heartwarming proof that love can endure. So get to swiping right folks, as we'd all be lucky enough to spend 55 years with a partner we love as dearly and as clearly as Evans and Harris do with one another.