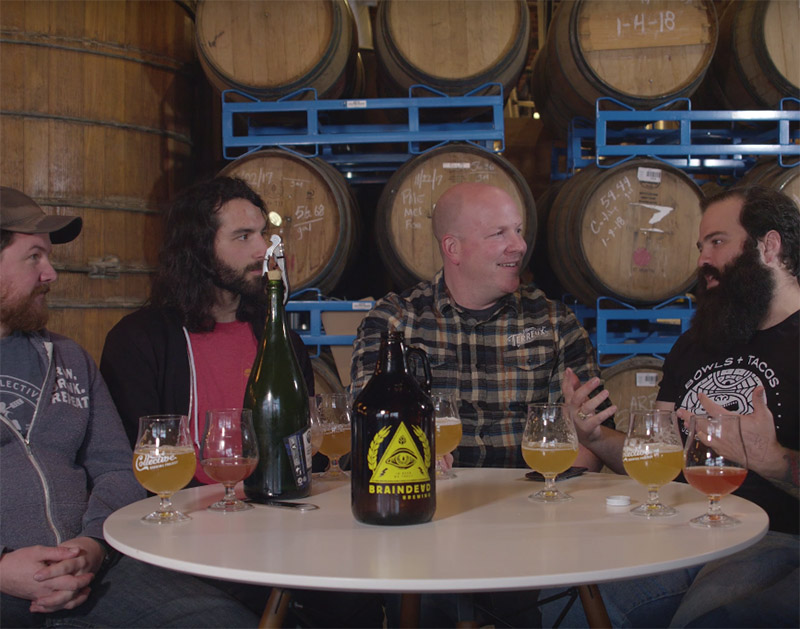 In Episode 15, Growlersations Gets Funky With Collective Brewing Project In Advance Of Start Of Foeder For Thought, A National Craft Beer Celebration.

This week’s Growlersations episode is coming at you all the way from Tampa, Florida — as far as you know — where Ryan Deyo, Mike Goldfuss and Dave Riddile of Collective Brewing Project and the BrainDead Brewing crew is hanging in anticipation of Foeder for Thought, one of my favorite beer events in the country, which goes at Green Bench Brewing. The March 9 event will feature breweries from all around the world and beer experts discussing various styles and whatnot.

And, oh yeah, unlimited refills of all the brews!

Possible exotic location aside, episode 15 of Growlersations sees us talking about all things North Texas with a healthy dose of the area beer scene in general. Personally, I think that Collective Brewing Project is the Next Big Thing in our North Texas Brewing scene, and I needed to get a Growlersations in with them before they get too busy for me!

As they always do, things got fun and weird after we cracked open a growler of BrainDead Brew and a magnum from our hosts, Bottle Club Exclusive Stone Tea. So put on your headphones, crack open a tasty beverage of your choosing and join us as we have ourselves a growlersation.