Goin' For the Gold. 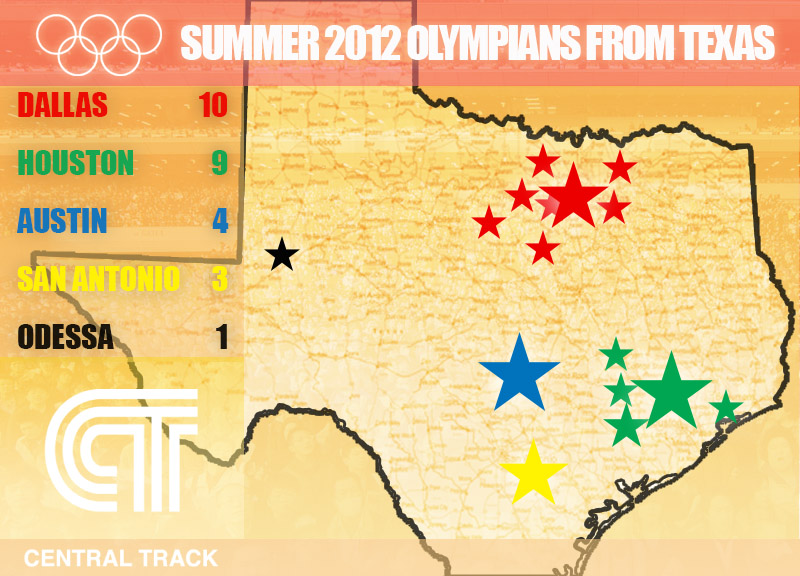 Which Texas Region Will Be Best Represented at the 2012 Summer Olympics?

Ever since Zeus played the first Olympic game by seeing how far he could throw his lightning bolts (approximately 12 feet), we've used the Olympic Games as the end-all-be-all determination of which country boasts the best athletes.

And, sure, we forget this much most years, but we Americans are pretty awesome at Olympic sports.

It should come as no surprise that Texans are especially great at these games, too. Our state is always well-represented at these games. Hell, we could pretty much go ahead and call the U.S. Olympic team the Texan team, were it not for those pesky Californians.

After examining the various locations of the U.S. Olympic athletes from Texas, we found that that a good chunk of our state's representatives reside in the Houston and DFW area. Actually, it would be more accurate to say that most of the Olympians came from suburbs, like Sugar Land (in the Houston area) and Mesquite.

Still, since we're competitive by nature, we decided to organize a regional breakdown of the Olympic athletes Texas is sending to London to compete in this year's games, which begin a week from today.

North Texas, you'll note, is sending the most competitors. Just another thing for Houston to be depressed about, we guess?