Mike Modano Threw All Sorts Of Shade The Dallas Stars' Way On Twitter This Week.

I was at the American Airlines Center on March 8, 2014. I was there in the stands for Mike Modano's retirement ceremony. I watched on as Modano, tears in his eyes, saw the Dallas Stars raise his storied No. 9 jersey up to the rafters of the arena, where it would oversee all future home games from the team, never to be worn again by an active Stars player.

It was a beautiful night, one that came before a sell-out crowd of 19,109 and one that was made even better by the two following facts: 1) The game before which the ceremony took place was against the Minnesota Wild, fitting since Modano started his career with the Minnesota North Stars before that team moved down to these parts to become Your Dallas Stars, and 2) The Stars won that game 4-3.

It was, as these moments go, pretty damn perfect — a fitting send-off for the Greatest American-Born Hockey Player of All Time, no doubt.

In addition to marking the end of one chapter in Modano's life, that night was also in some sense supposed to make the start of another, with Modano taking on the role of “executive advisor and alternate governor” for the team — a sort of made-up role in the front office that afforded him the chance to remain a part of the organization with minimal responsibility.

Only, that's not really how things have worked out. Since taking on that role, Modano and his family have left Dallas completely, choosing instead to live in the Phoenix area, thus skirting his organizational responsibilities some and leaving his relationships with the Stars “uncomfortable,” if not fully strained.

This ugly truth came to a crest on Sunday afternoon as Modano took to his Twitter account for a sort of impromptu Q&A session with his fans — many of whom, naturally, are Stars fans as well. Those fans, bless their hearts, tried time and time again to lob Modano softballs in which he could make clear his affection for his old team. But, each time, Modano straight-up whiffed.

Asked to name his favorite players to watch in the league right now, Modano forewent any mention of the Stars' terrific Jamie Benn and Tyler Seguin twosome, instead name-checking the L.A. Kings' AnÅ¾e Kopita and the Chicago Blackhawks' embattled Patrick Kane.

Asked for his pick to win this year's eventual Stanley Cup winner, he chose the Washington Capitals, who are pretty damn good and all, but still a point behind the league-leading Stars in the overall NHL standings.

Those two responses, one supposes, are Modano's prerogative. And perhaps there's value to that kind of honesty, as no one really appreciates a blind cheerleader.

But here's where things got especially heinous: Asked to name his favorite NHL team — as easy a question as has ever been asked of a player whose number has been retired by a team — Modano picked the Blackhawks, who are neither the team with which he spent the bulk of his career, nor the team still currently employing him, according to that team's own site.

Thing is, not picking the Stars in this softest of queries would've actually been defensible had he at least picked the team with which he ended his playing career (the Detroit Red Wings), his native hometown team (the Wild) or even his current hometown team (the Phoenix Coyotes), each of which would've at least been a justifiable response. But, no, he didn't do any of those things.

So, uh, what gives here?

Tough to say, really, but it's telling that, of all the questions Modano answered on Sunday, he chose to delete only those three responses, while leaving hard-hitting questions about whether he and Jeremy Roenick are still pals (yup!) up for all to see.

Thankfully for those of us who didn't see these tweets live, those three replies were screengrabbed for posterity, as you can see above.

The whole situation is pretty weird. And it's definitely unsettling to see the Greatest Star Ever and his team at apparent odds with one another. The fact that this all is going down as the Stars are in the midst of what looks to arguably be their most exciting season since the '99 season when Modano lead the organization to its sole cup in Dallas history? Well, that only makes it feel all the more petty.

Perhaps the Imgur user who uploaded the above Twitter screenshot put it best, speaking on behalf of all Stars fans: “Gettin' real sick of your shit, Mike…” 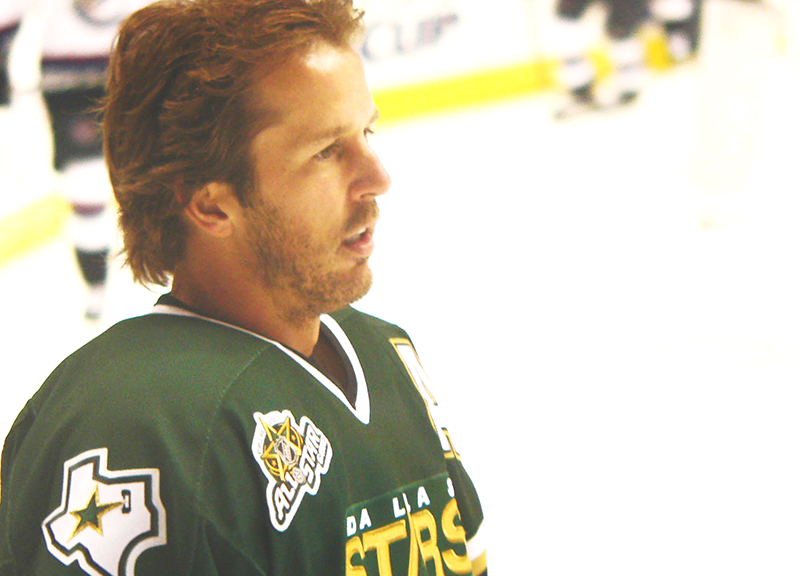