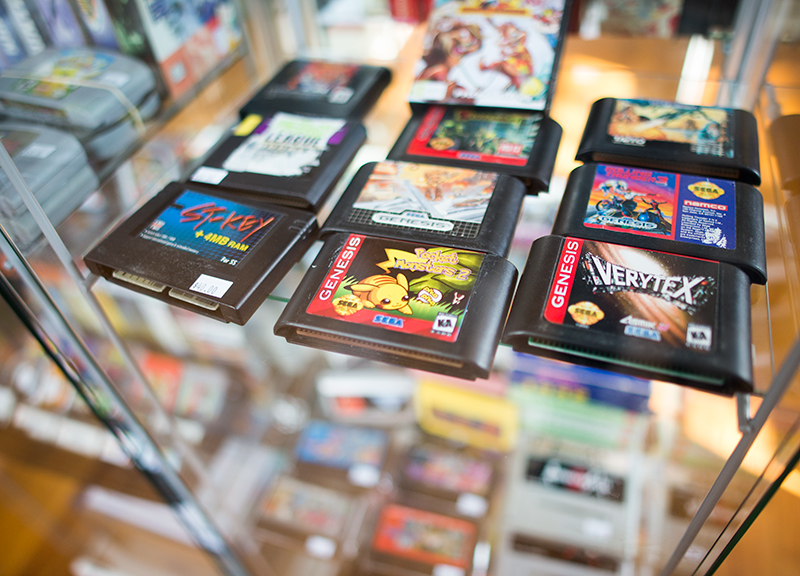 Denton's newest buy-sell-trade comic, gaming and toy store has only been open for a little over two weeks — but, already, Freaks and Geeks is changing the way locals think about quote-unquote nerd culture.

Some of that can be attributed to the fact that shop co-owner Alec Featherstone is a self-admitted nerd himself, sure. But it's also largely because, aside from just selling used video games and comics, Featherstone's biggest mission is to bring together folks from different nerd subcultures and give them a place to interact and let loose in the process.

Of course, it helps, too, that the shop, which only opened on January 9, was recently featured on the front page of Reddit.

Still, as divested as his geeky interests are, Featherstone says he didn't know what Reddit was prior to hearing about the post being featured on the site's homepage.

“I don't have a Reddit account,” Featherstone says. “I didn't know people 'Reddit.' I need to figure out who [posted us] and give them a big hug. And I need to figure this out because they're going to be my new social media end.”

Of course, Reddit is only one avenue through which locals have been discovering the shop. To his credit, Featherstone knows that there are many roads that lead to nerdvana. It's a big reason Featherstone and his partner Beth Baalman want the shop to be a haven for nerds with different areas of interest.

It's taken them awhile to get here, though. For instance, when Freaks and Geeks started five years ago in Las Vegas, it was just Featherstone, who only sold video games. When he moved to Denton about a year later, he could be found at trade shows and conventions all around North Texas — but still only with video games. Then, about a year ago, Featherstone met Baalman. And using Baalman's immense comic collection — the store started with 35,000 comics, to give you an idea — the two started branching out the shop's offerings.

“I thought we needed to diversify our nerd-ings because there are all different nerd circles and we all love the same things,” Featherstone says. “But some of us are more proficient in one arena or the other, and I needed to spread wings and learn some things.”

Both Featherstone and Baalman enjoyed selling at conventions, and they still plan to do so. But they also wanted a place where they could really connect, interact with and get to know their customers. They wanted a place where anyone and everyone — no matter their specific interests — could just hang out without feeling pressured to buy anything. Hell, if you stayed all day (the store is open daily from 10 a.m. to midnight) and didn't buy anything, they probably wouldn't care — even if, let's just be honest, that's a pretty shitty thing to do. Try that, and John Waters may commission a drag queen to lick everything in your house, convict you of assholism and execute you.

“If [customers] want to sit here and watch Netflix, they can,” Featherstone says. “If they want to sit here and play video games, they can. They don't have to come in and buy something. We're looking to just continually grow these communities and move forward with role-playing games and card games and war gaming and cosplay. With all these things so closely intertwined, I don't see why they're not represented all in one place. It doesn't make sense. And we're going to change that.”

The store — located within a former residential space that most recently housed a salon — carries video games ranging from those for Atari 400 up to Xbox 360. Stopping at Xbox 360 keeps Freaks and Geeks out of direct competition with corporate stores, Featherstone says. Also, it helps keep prices consistent, as games for the current generation of consoles — those for systems like Xbox 1, Wii U, PS4, Nintendo 3DS, and PlayStation Vita — constantly change in price.

As for comics, the store currently only sells back issues, but plans to start offering new issues with a subscription system. That could take a few months as Freaks and Geeks makes in-roads with distributors, but, if Featherstone has his way, his shop will soon be, in his words, a “one-stop shop for comics.”

Further down the road, the shop will also host an wide array of nerd-friendly events, including forums and discussions, live-streamed tournaments and more. The whole idea, Featherstone says, is to fly in the face of corporate nerd culture convention.

“Here, [the] corporate office is Beth and me,” Featherstone says. “We don't have to put you on hold. We don't have to ask our boss. If we think it's a cool idea, we'll make it happen.”

All photos by Lauren Rushing. Check out Freaks and Geeks on Facebook for updates on events and promotions. 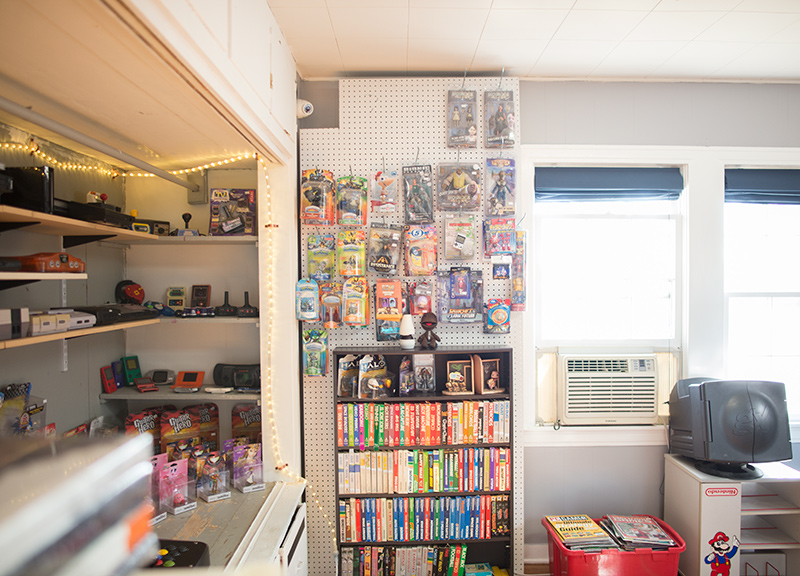 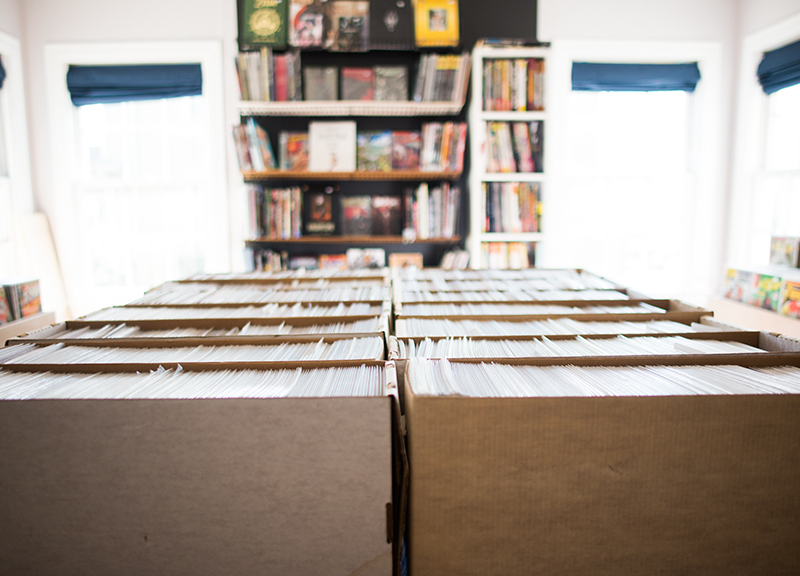 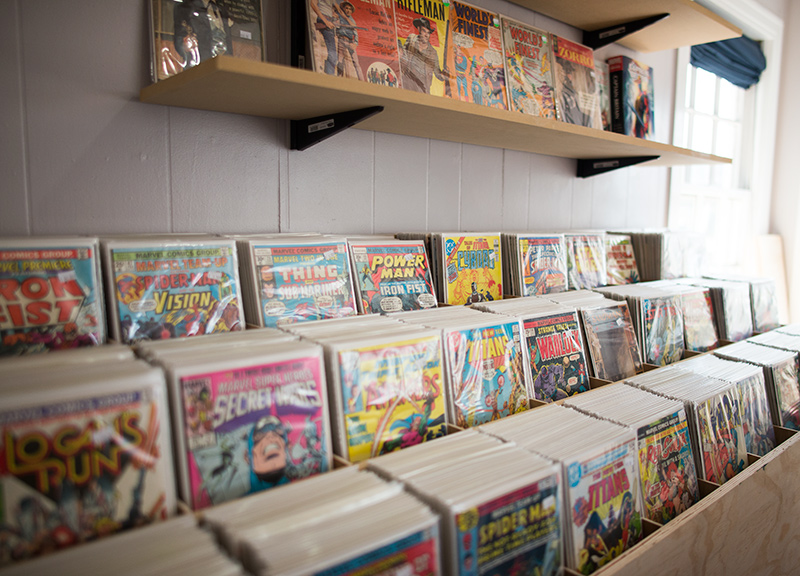 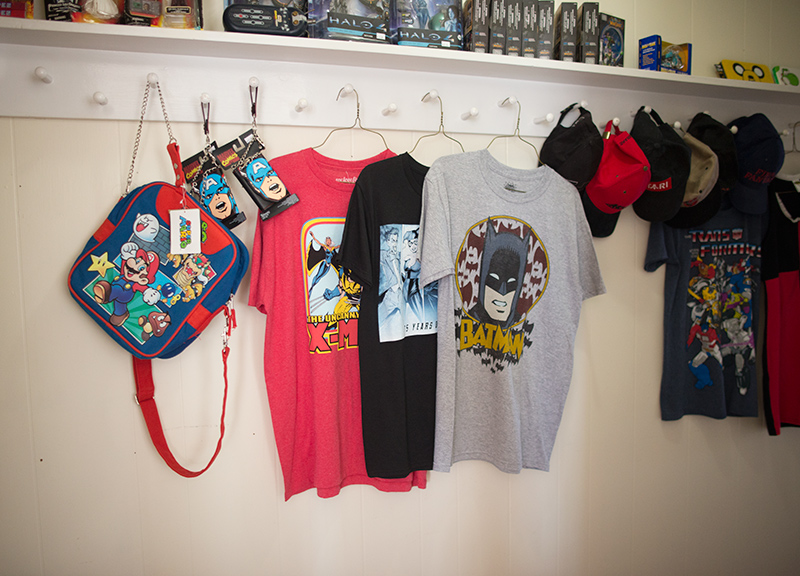 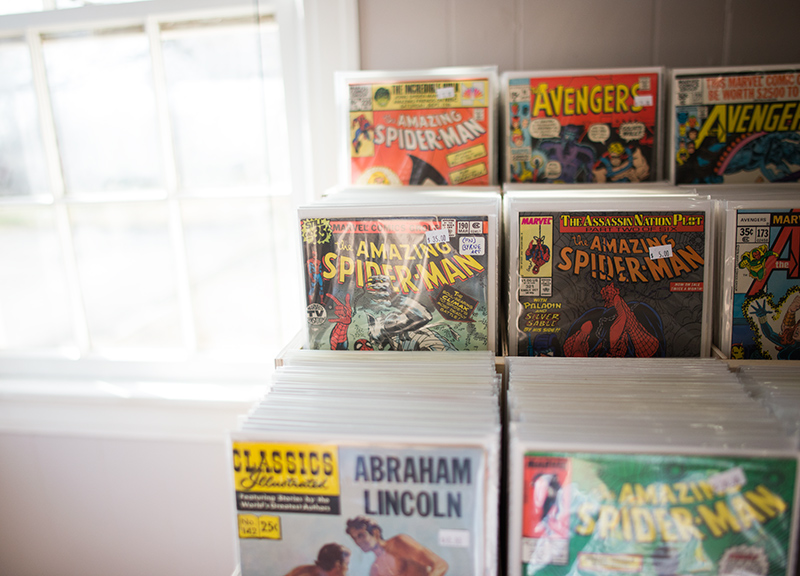 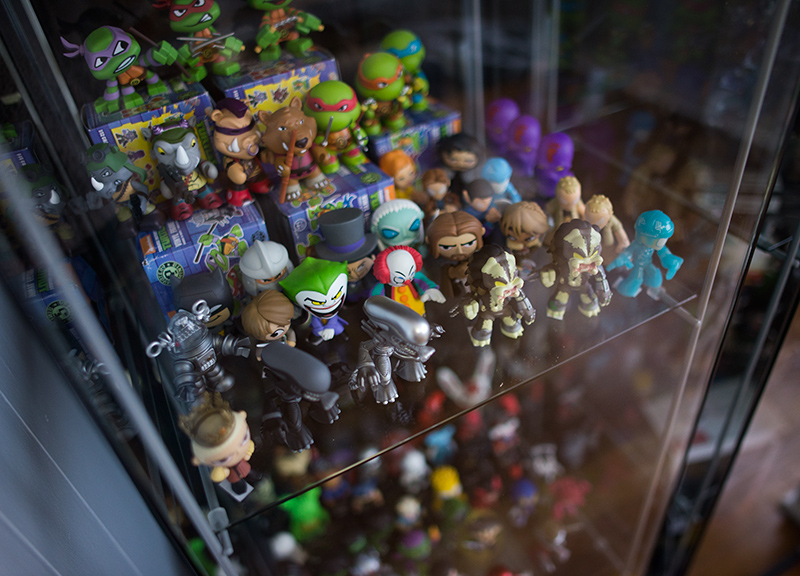 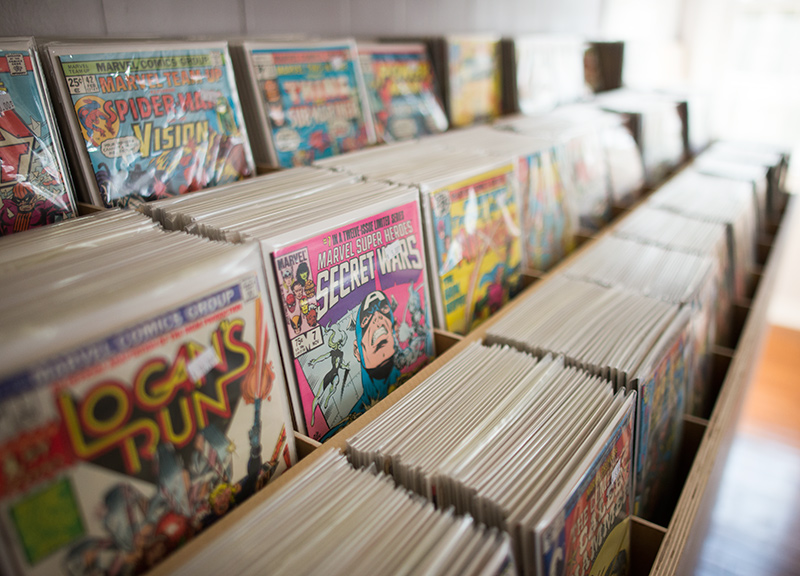 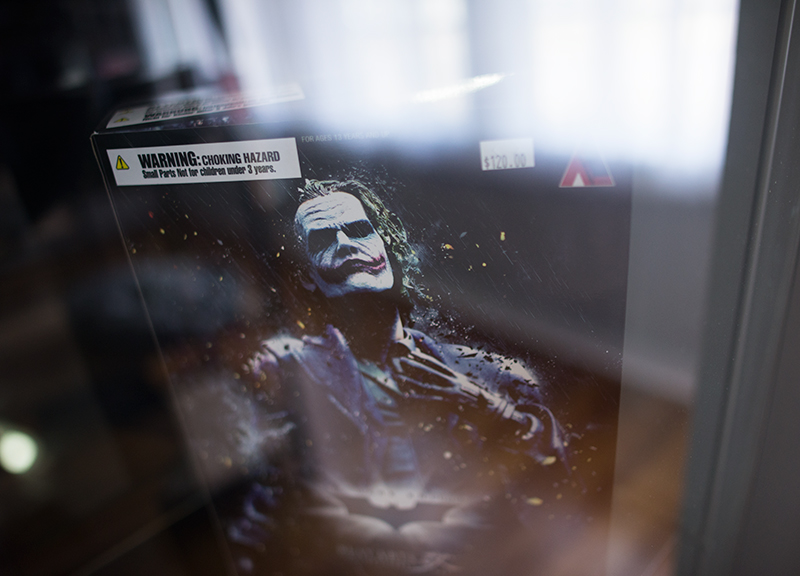 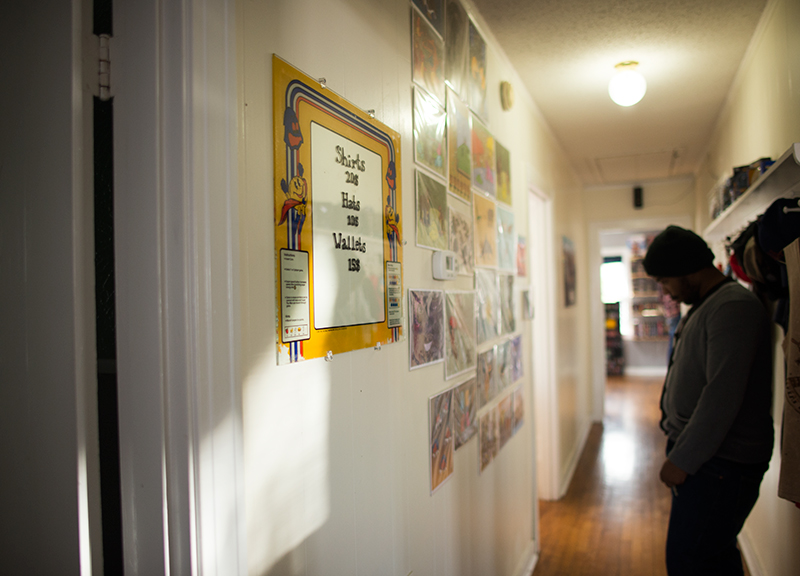 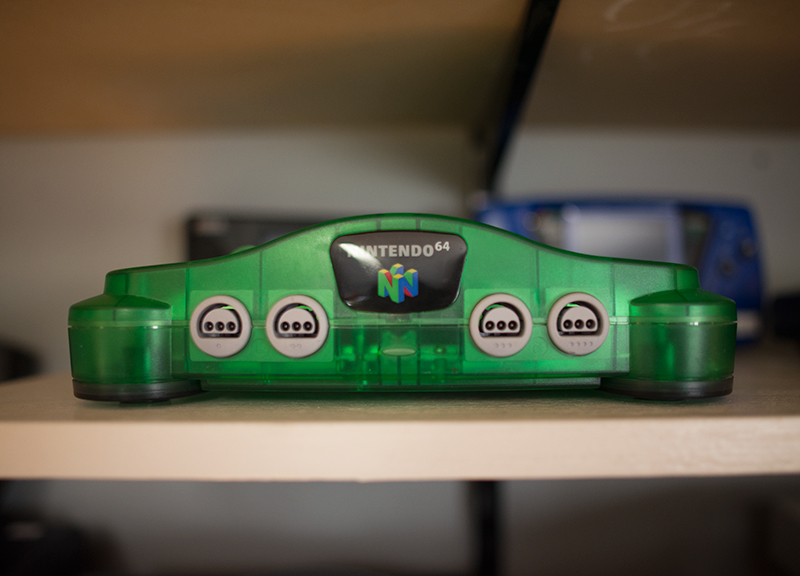 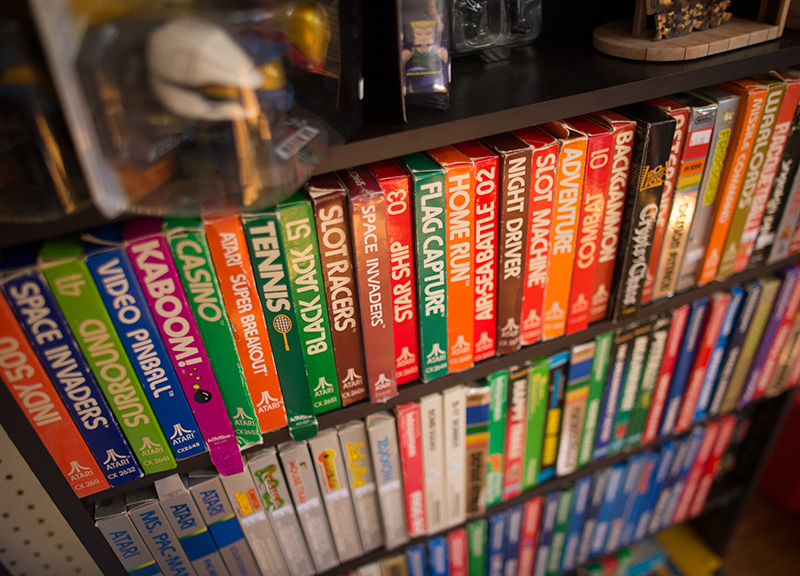 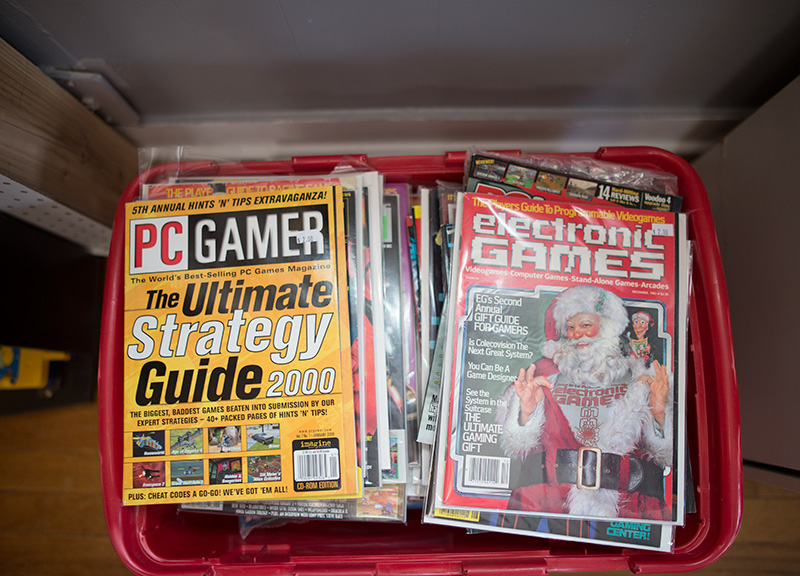 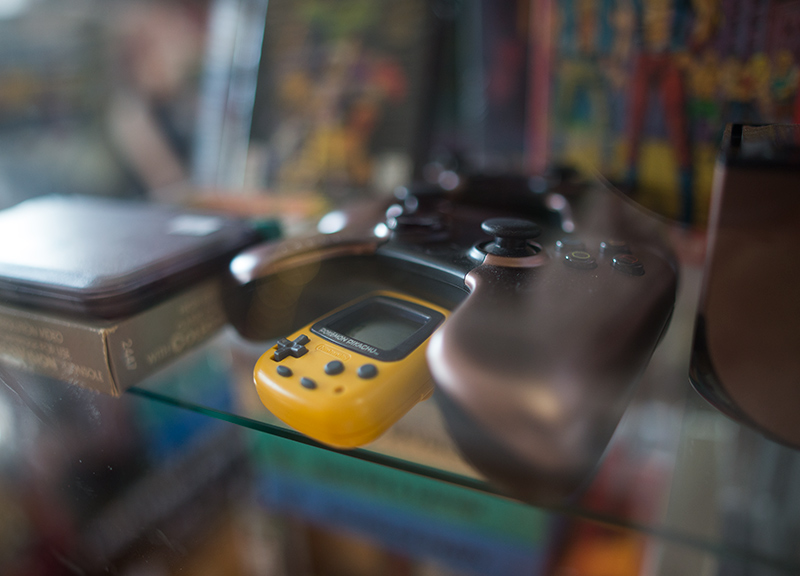 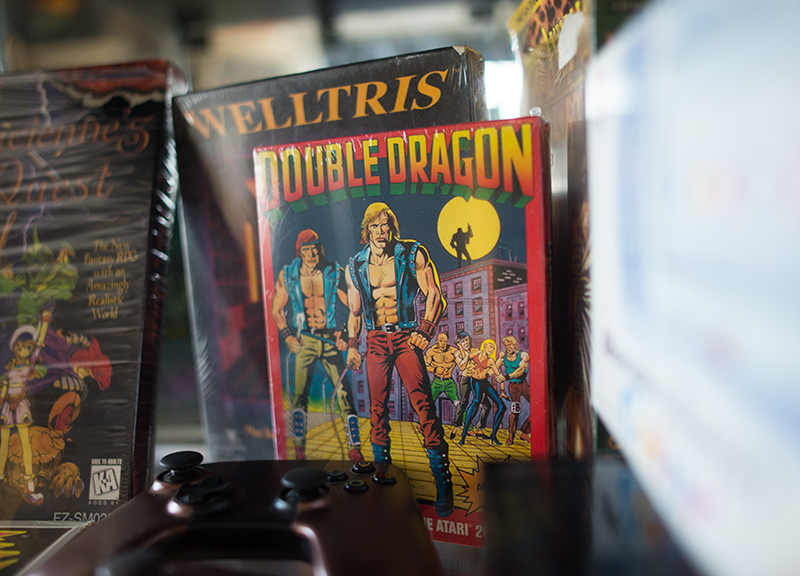