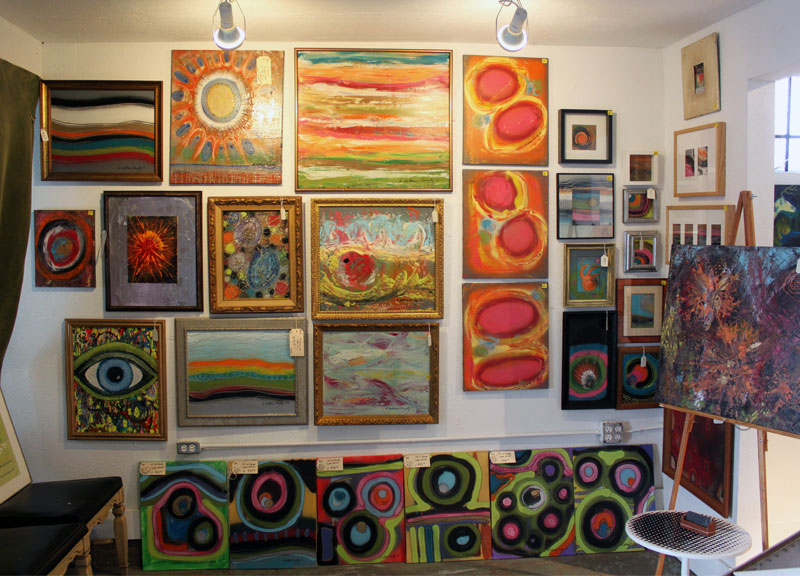 As the mainstream art scene in Dallas grows, it's important that the underground scene follows suit.

No worries on that front, though: Thanks to people like Jessica Luther, that's all happening.

A few months back now, Luther, who owns Smoke and Mirrors Gallery (406 South Haskell Avenue), started hosting garage art sales at her space. Each sale features several local artists, all of whom bring out their best goods. Here's the kicker, though: Each piece is priced at at under $100.

“This is the third garage art sale we've done,” Luther told us during her most recent event, held just this past Sunday afternoon. “I knew several artists who had a lot of work to move, and I decided it would be a great way to meet new artists. It 's been a great success so far. There's more work than the time before at each sale.”

This past Sunday's sale featured works from such artists as Jackie Dunn Smith, Nikki Cage, Clay Stinnett, Lesli Marshall, Stephen Snow, Clay Driver, Tony Bones and Edward Montes, among others. And it was quite the scene, too, what with DJ Hammertimez spinning jams and Luther bringing out her own semi-famous apple cider sangria for sipping on.

Among the more notable items that moved on this day? Stinnett's “Saint of the Corndogs” piece, which features our beloved Big Tex in flames.

If you missed out on the Sunday's festivities, head on over to the Smoke and Mirrors Facebook page for information on upcoming events. Also, feel free to contact Luther through that same Facebook link if you see something you want from Sunday's show. She tells us she'll happily put readers looking for a locally made holiday gift in contact with the artists behind the works they enjoy. 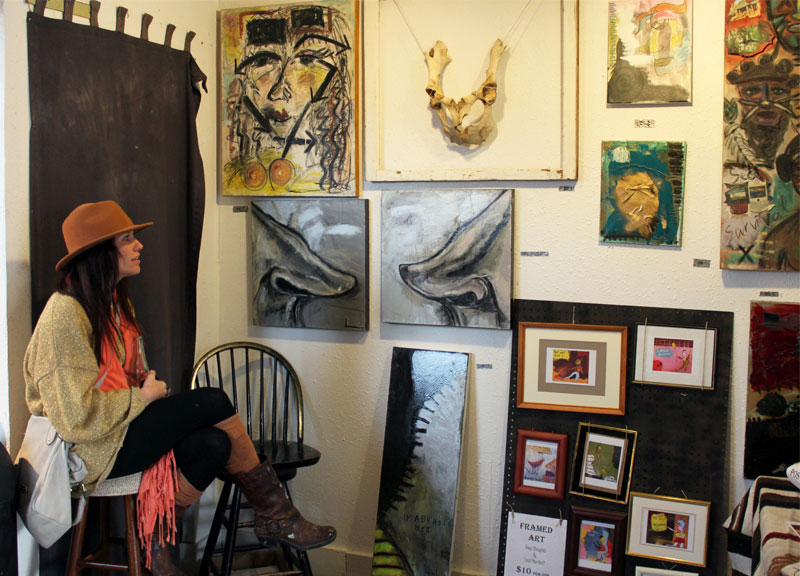 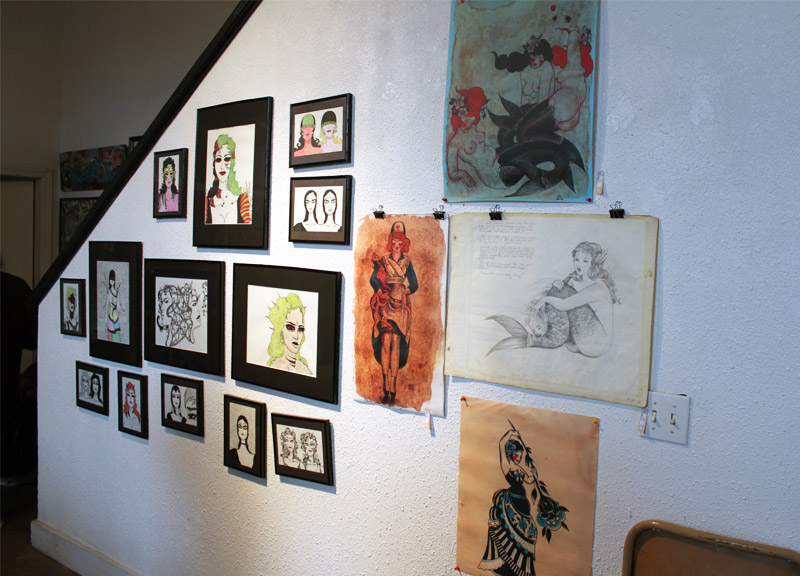 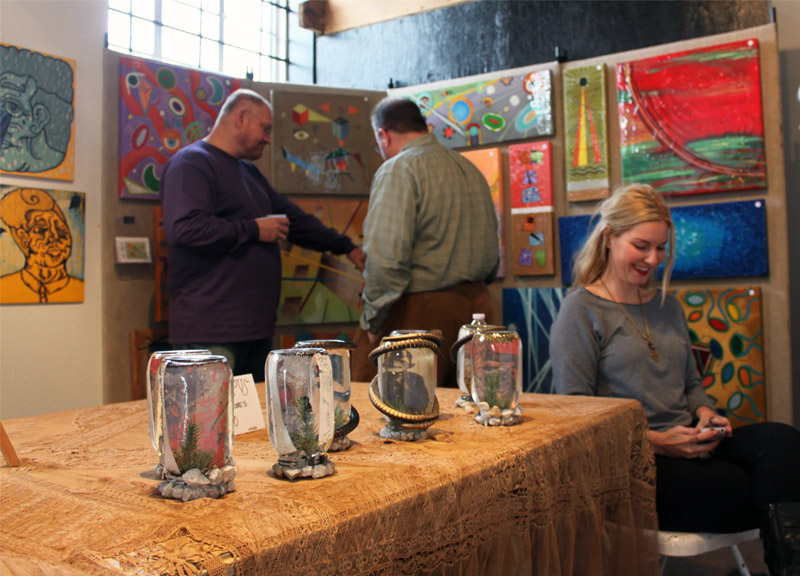 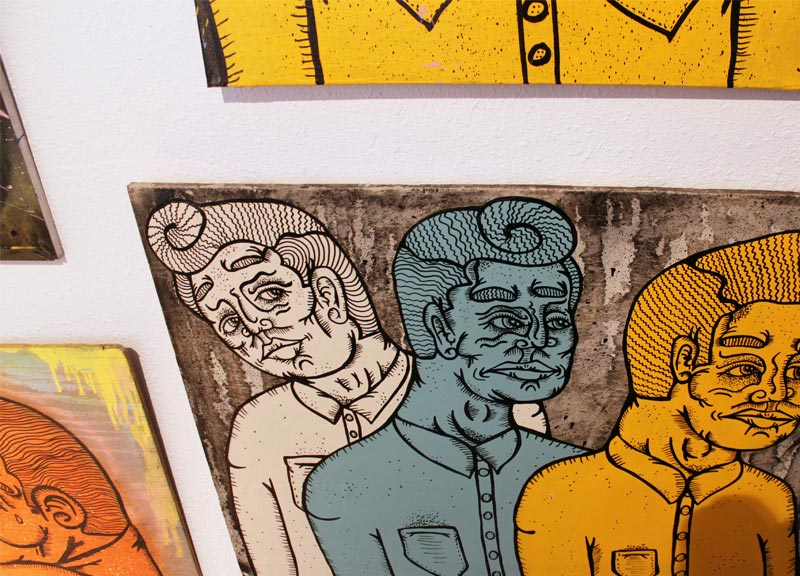 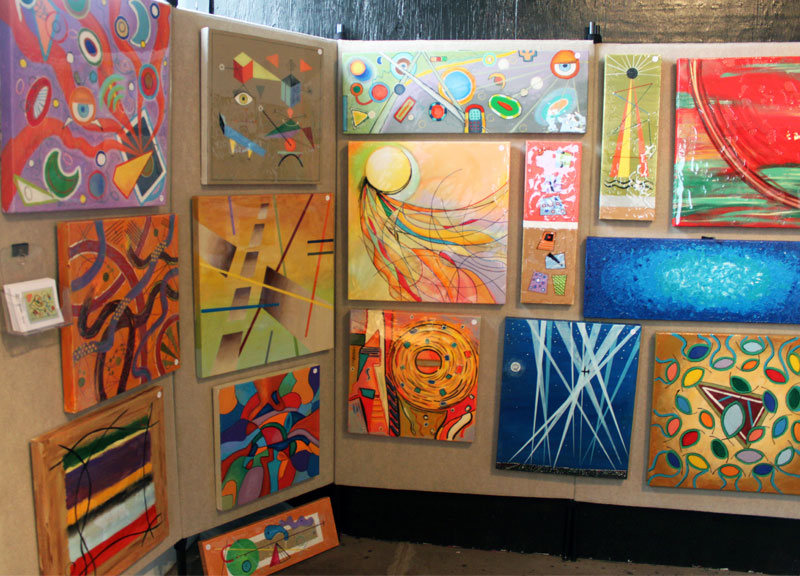 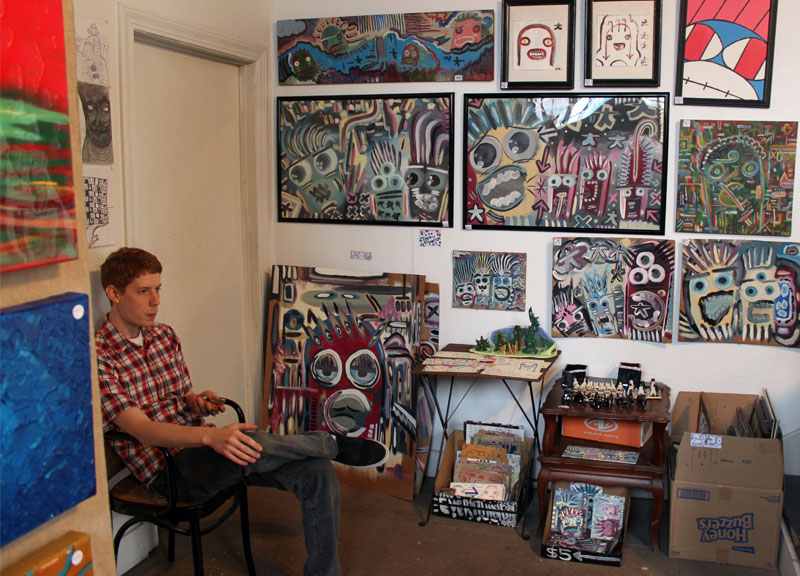 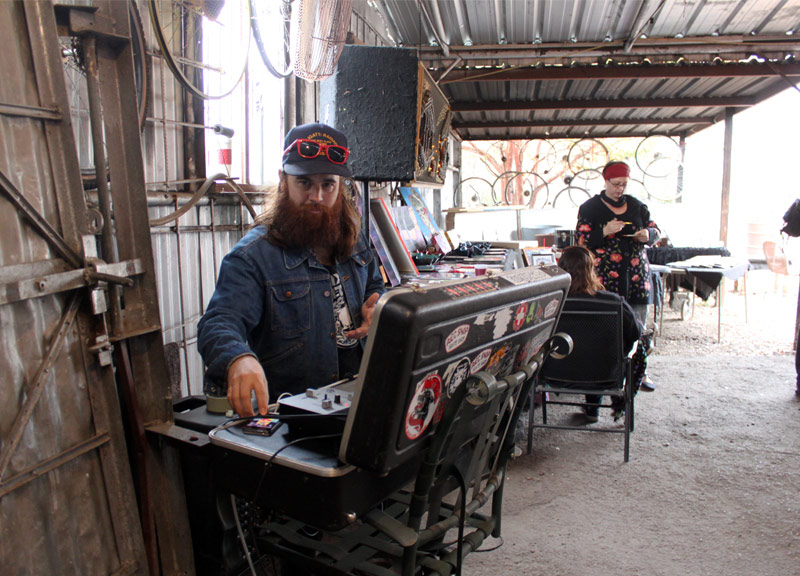 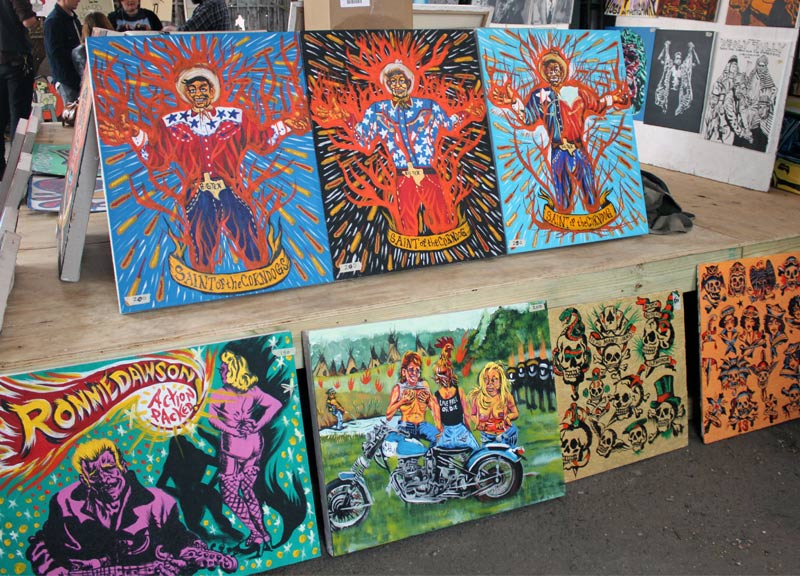 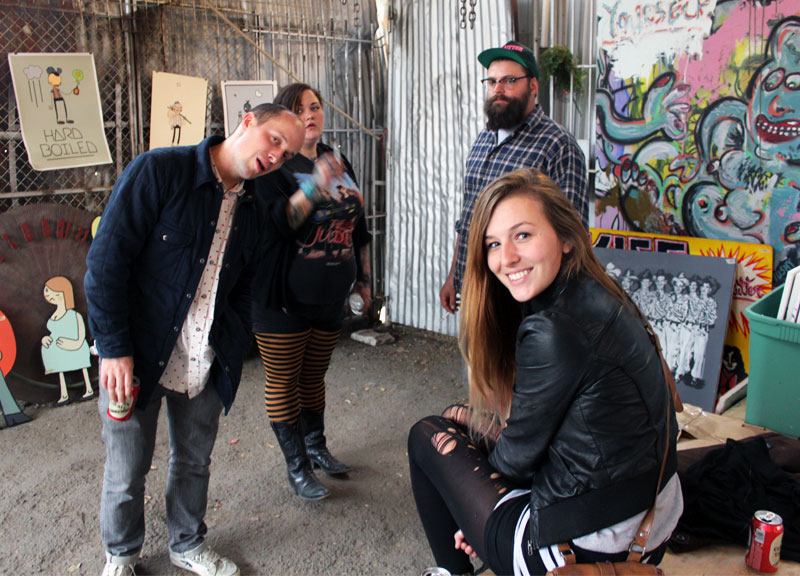 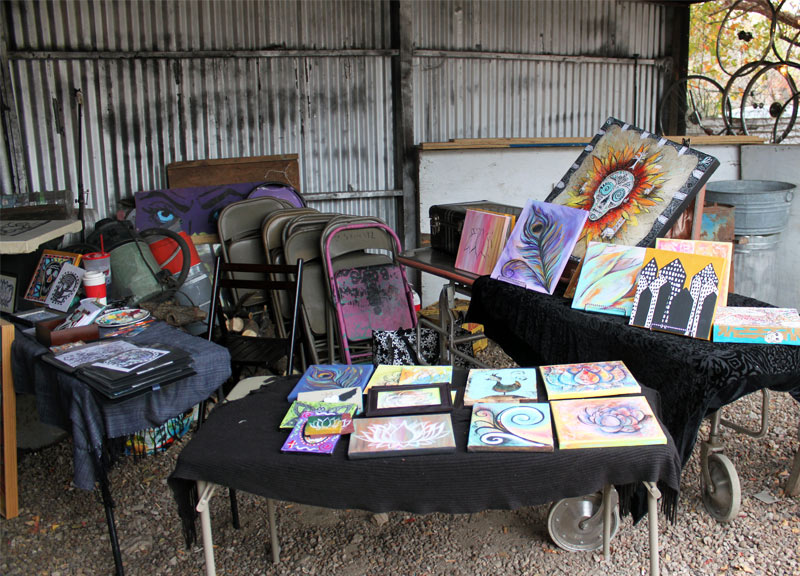 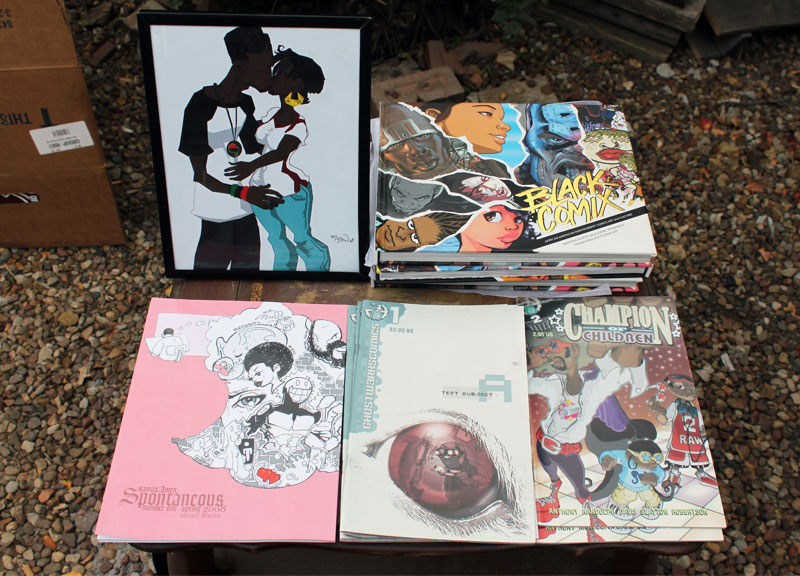 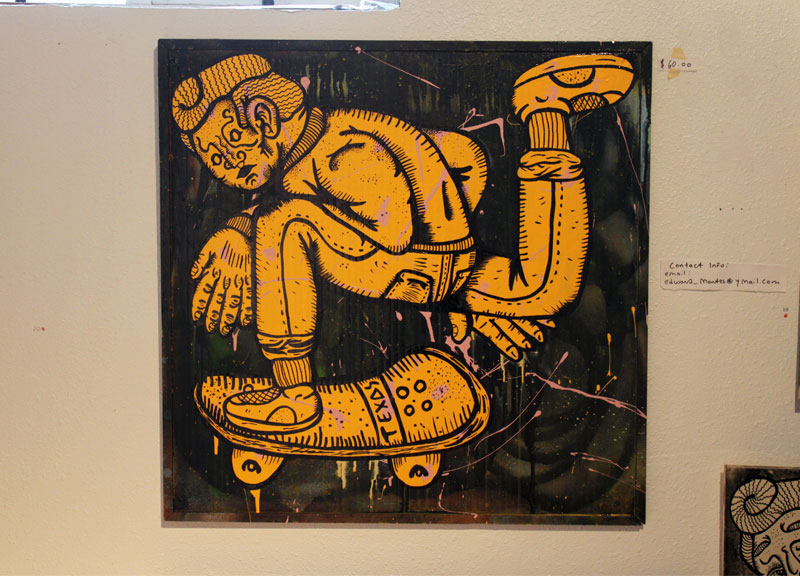 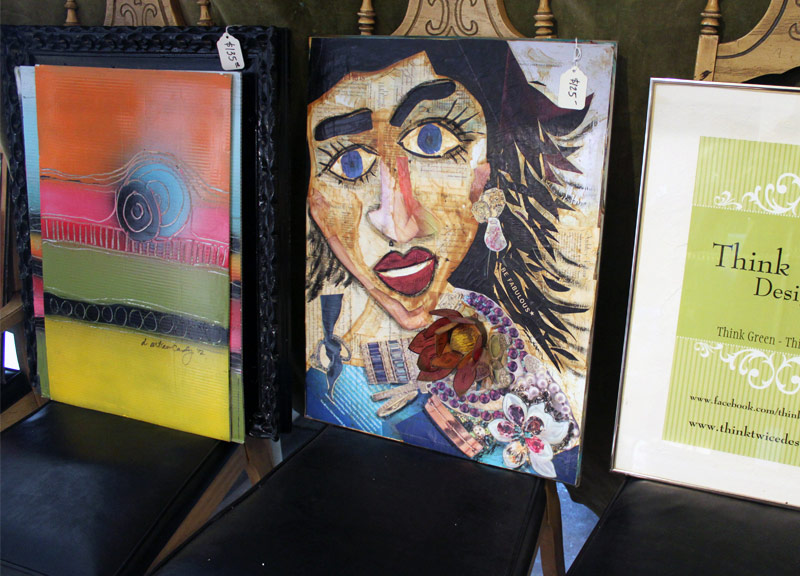 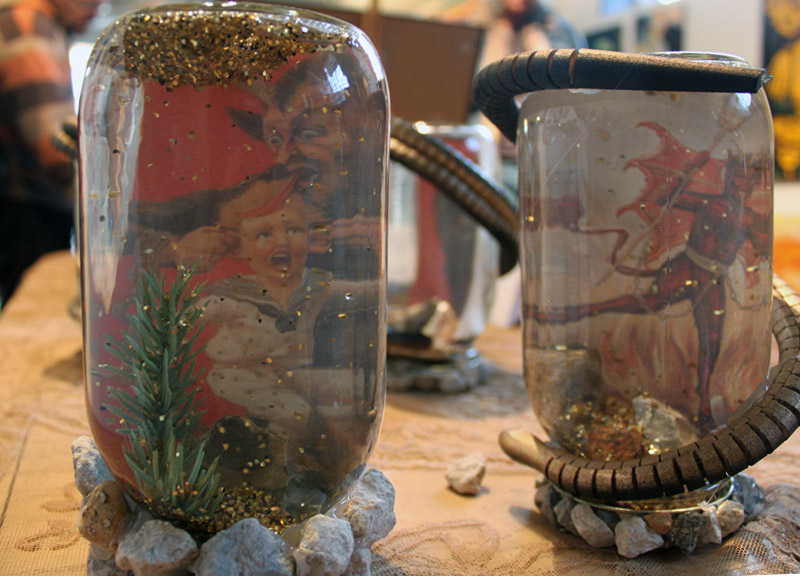 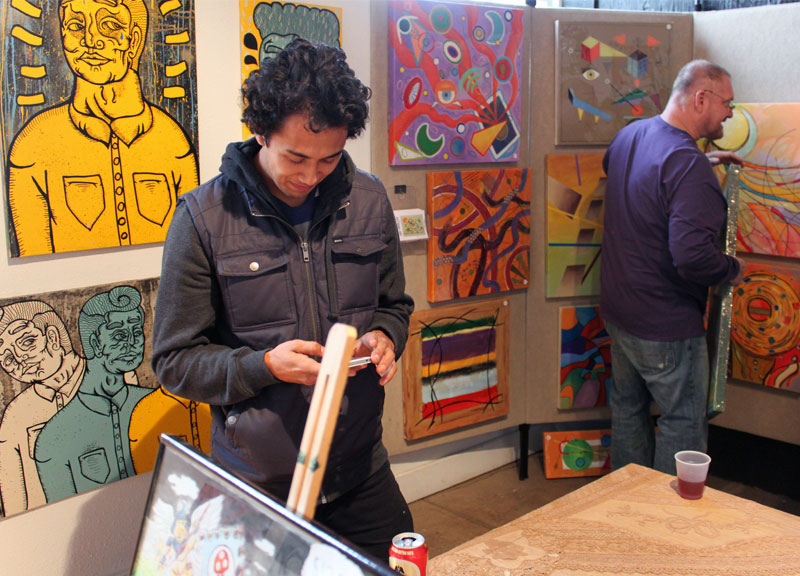