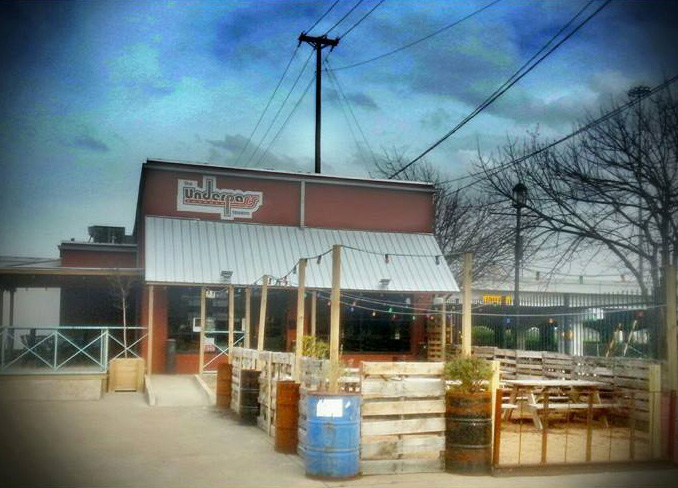 Who among us hasn't stumbled into the kitchen after a night of drinking and played drunk chef?

A good many of those attempts probably involved popping a tray of Pizza Rolls into the oven, right? Well, what if you no longer had to wait until you got home to indulge in that guilty diet pleasure?

It's no secret that bars are big business in Dallas, what with the constant rotating door of venues opening and closing, and the obscene amounts of money accrued monthly by the top grossers. As if the sale and distribution of alcohol wasn't enough of a draw in itself, a number of bars are now also attempting to capitalize on the other end of the drunk experience, that insatiable urge to snack. After all, it's a scientific fact that booze and food just go together, so having some sort of crudité is crucial part of entertaining the drunken masses.

But if you're a bar that can't brunt the high costs of adding a kitchen, you find other ways to make due. Take The Underpass, for example, a music venue in Exposition Park. They've decided to use TV dinners as the snacking remedy for patrons.

“About two months ago, the former owner, [myself] and Leo the GM were talking about how not having food was hurting our business,” says current owner Michael Buchin about the concept. “I came up with the freezer of TV dinners idea. They all laughed and thought, 'Wow, good idea.'”

For around $2, you'll find a variety of items that would make virtually any college student or single person feel right at home after a night of drinking. Depending on your side of the fence, a freezer full of frozen pizzas and chimichangas is either just plain lazy or a stroke of Dallas' brand of convenience-based ingenuity. According to Buchin and The Underpass' Facebook, it's a little of both, with the consensus split down the middle.

“Our Facebook is odd — half supportive, half calling us cheap,” he says. “Hey, there is no bad publicity.”

For a venue that prides itself on anything goes open mic nights, a freezer full of junk food isn't too out of the ordinary. And considering Expo Park's lack of late-night food options, a couple bucks for instant gratification does indeed help The Underpass stand out among its competitors.

Because, really, is the choice between spending more time at the bar or drunkenly making your way through a grocer's freezer aisle much of a choice at all?