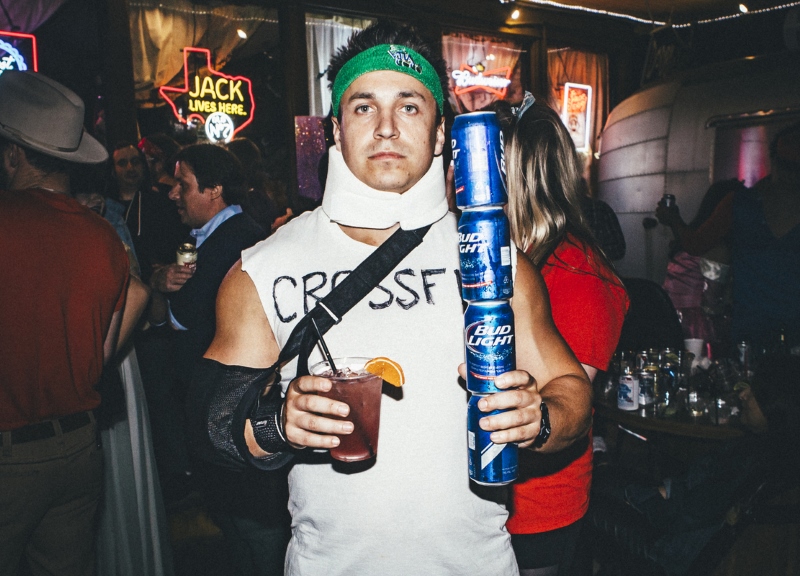 A Look At How Much The Top Bars In Dallas Earned In October.

Texans like to spend copious amounts of their income participating in the Great American Pastime. We know this, because, as Reddit user BadLemur once pointed out, the Texas Comptroller keeps tabs on that sort of thing and makes all that info public record. Any establishment in the state that holds a Mixed Beverage license must report all sales revenue generated from the sale of liquor, beer and wine at their establishments on a monthly basis. The comptroller, in turn, puts all that info into a conveniently downloadable spreadsheet each month. As of October, there were 1,120 establishments in Dallas proper that held such a license. Below we've gone ahead and done you the solid of listing out the top 20 Dallas establishments in terms of alcohol sales for the month of October 2015.

As we've established in this column over the past several months, Dallas really loves to spend dollars on booze — to the tune of roughly $60 million per month. But you know what else Dallas loves? Football. More specifically, Dallas loves it some college football — or, at least, Dallas bar owners love the influx of cash they receive from out of town visitors during the drunken mess that is Texas-OU weekend.

From the tangential Weezer-led music festival to the State Fair-held game itself and the post-game bar crawls and after-parties that go down at the hotel bar, that 110-year-old football contest brings all kinds of money to town.

It turn, October 2015 saw an increase in alcohol sales, with area establishments $67.7 million, with at least some of that boon being directly attributed to the game. To that end, five of the this month's Top 20-grossing booze venues were hotels, including the top two, both of which sold over $1 million in alcohol.

Meanwhile, a couple of newly opened bars — Clutch Bar and Happiest Hour — opened just in time to take advantage of that game day, too. In the case of Clutch, which took up residence in the former Primebar space, its sales were also bolstered by the annual Cedar Springs Halloween Block Party. It was just one of a handful of that neighborhood's bars in this month's Top 40.

Meanwhile, shady goings-on along the Katy Trail didn't seem to damper spirits (pun intended!) much over at the Katy Trail Ice House, which laughed in the face of danger and raked in close to $600 million in booze sales over the course of the month.

Also worth noting about this month's uptick? That the end of October also saw a special bit of magic that no doubt helped Dallas reach that $67.7 million mark, as Halloween and Daylight Saving hit on the same Sturday. An extra hour of drinking, anyone?

Apparently it makes all the difference in the world.