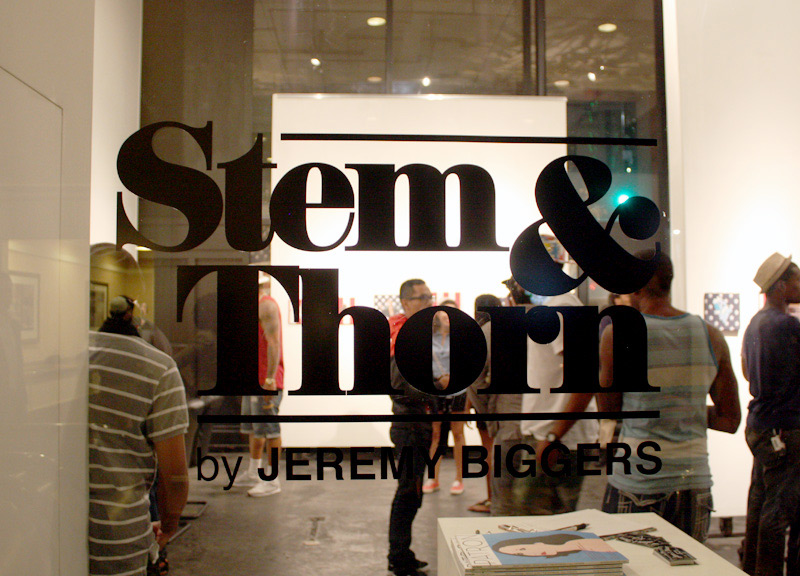 That’s not to say that many of the opening parties we’ve attended haven’t been fun or respectable — we’ve certainly had more than our fair share of fun at those wine-induced shindigs at We Are 1976 and the many Vitamin Water-sponsored happenings at Centre — but not too many brand owners have introduced their story to the world as classily as Stem & Thorn did on Saturday night at the Gallery at the Fairmont.

Sure, it was raining. Sure, many citizens were worried about the recent DUET spraying to combat the deadly West Nile Virus. Sure, finding a parking spot in downtown Dallas was, as it always is, a major pain in the ass. But here’s the thing: Stem & Thorn had an incredible turn out for their opening party nonetheless.

And they deserved it: The gallery was filled with custom-painted fitted caps, original printed T-shirts, celebrity portraits painted onto American flag backdrops and plenty of impressive photography to boot. More impressive? All the work was solely by Jeremy Biggers, the local creative force behind the brand getting put on blast.

When we left the Gallery at the Fairmont on Saturday night, our jaws were dropped and our minds were filled with questions. So we caught up with Biggers and asked him all of them.

First of all, congrats on the launch. Second of all, how about a little backstory? You’ve been affiliated with the Unkommon Kolor brand for a while now. You guys are kind of like the Wu-Tang of independent brands in Dallas-Fort Worth. UNKO member Blue has already honed in on his brand, Wage War, and now here sprouts your own effort, Stem & Thorn. What does this mean for the UNKO brand moving forward?
I see what you did there with the Stem & Thorn and sprouts connection!

Yes, Unkommon Kolor is definitely going to continue to release products. We’re just putting UNKO on the back burner while we build our new projects and brands from the ground up.

It takes far more effort to build a brand than it does to sustain one, so that’s where our energy is going.

What exactly will Stem & Thorn entail? You showed a wide variety of your talents at the launch party.
Stem & Thorn is an art- and photography-based lifestyle brand that focuses on the creative process and glorifies the back-end hard work that no one sees.

What makes Stem & Thorn different from other start-up brands in the area?
Stem & Thorn is different in that it’s just as much about me growing as it is about the fan base, and challenging them to perfect their own crafts in the process. It’s about the T-shirts and apparel, but it’s more about “growth,” no pun intended.

What is the significance of the American flag embedded in your color palette and in your paintings?
As cliche as it sounds, it’s about me living the American dream. Corny, I know. But it’s 100 percent accurate. I wake up every morning and, between art and photography and the brand, I’m doing exactly what I want to be doing. I realize not many people get that opportunity. So I knew when I built this brand, I wanted the “Americana” and the “American Dream” to shine through. The American flag won’t be a permanent staple with the brand, it’s just what I’m into right now. I’m most moved by artwork that reflects the artist’s mindset as they were working on any given project, and I feel the same way about fashion and design. There are staples that are timeless and will never go out of style, such as the black suit or wayfarer Ray Bans or Helvetica or the American flag.

You painted a series revolving around childhood dreams of superheroes. What is your ultimate superhero dream? What is your power?
I’m a huge fan of Batman and Bruce Wayne. I don’t know that I’ve ever had an “ultimate superhero dream,” other than flat out being Batman. It’s funny you ask, though. I’ve been giving a lot of thought recently to whether or not I am noble enough to be a hero or if I would go over to the dark side if I were given special powers. I mean, if I could teleport into bank vaults a la Jumper, I can’t say definitively that I wouldn’t. So I guess I would be more of a mercenary or vigilante, like Deadpool or Batman or the Punisher. I guess my power of choice would definitely be teleportation — solely for the reason that I hate sitting in traffic.

Anyone following you through social media can see that you put in work right up until the last minute, sometimes completing paintings just minutes before the gallery doors open. Do you work better under pressure, or are you just really that damned busy?
I’m a perfectionist. I have very specific visions for how I want things to look or be presented. I think most people do their best work when backed into a corner.

I think pressure makes you think more concisely and efficiently, and the mastery of that thought process during pressure is what separates the talented from the great.

Take sports for example: There are plenty of talented players in the NBA, but the great players have performed well under immense pressure.

I don’t like to use the word busy, because people fill their time with what they want to fill it with, and you always make time to do what you want or need to do. I did the math a while back: there are 168 hours in a week. If I work 40 hours a week and sleep 40 hours a week, that leaves 88 other hours to do whatever else needs to get done. No one is ever so busy that they can’t find time during 88 other hours to do whatever needs to be done.

Stem & Thorn has already posted a few short films featuring other artists. Do you prefer the journey of collaboration or are you more of a solo creative?
I think they both have their place. There are times when I want to lock myself in my room and work for hours, but there are other times when I want to be around other people and feed off other people’s energy and creativity. I need to be around other creatives. It doesn’t have to be visual art all the time. I feed off creativity in all of its many forms. I’m inspired by musicians, actors, athletes, poets and, of course, painters and photographers.

Part of your founding collection features a photography book called Venus. There must be at least 70 models — all female — in the publication. Do you find it difficult to find and work with models in the Dallas-Fort Worth area? What is the most challenging part?
I would say the most challenging part about the entire project was finding models that respected my time. There are 82 pages in the book, and I probably scheduled 300 models to shoot over the course of a year and a half.

I would rent the studio space and prepare the lights for each shoot — and over 200 people didn’t show up for one reason or another. Some didn’t even give me a heads up that they weren’t going to make it. There were a couple of models I waited on for more than five hours after they asked me to, and they never showed, and never even gave me as much as text or call saying they weren’t coming until I texted and told them I wasn’t waiting any more.

You debuted a soft launch at Kixpo. Did you receive the feedback you imagined?
The response I got from Kixpo was overwhelming. I was really impressed with the amount of support I got for a project people knew very little about. No one saw any of the shirts until Kixpo. People were promising purchases before they even saw a single design. That was incredible.

Have you found it difficult to show in galleries around Dallas-Fort Worth?
To be honest, yes. The art scene in Dallas is as “it’s who you know” or “who knows you” as it can possibly be. I’ve sent my work to countless galleries in the area and there are a few that were more than happy to show my work, but most weren’t willing to “take the chance.” It’s crazy to me that I’ve gotten offers to particiapte in shows in Los Angeles, Houston, Austin and New York, but struggle to show in my own city. It’s not just me, either; there are a lot of talented people in the city that aren’t given the chance.

What has been the biggest reward of running your own small business?
The most rewarding part of running my own business is doing whatever I want. Working on a team is great. But there are times when you have very specific ideas you want to convey, unedited and uncompromised. Running your own business means everything you do is a direct extension of you. Stem & Thorn is a hub for me to be a painter, photographer and designer, and to express whatever it is I want to express at any given time.

What’s next for Stem & Thorn?
Stem & Thorn is just getting started. I’m planning quite a few projects for the near future. The one I’m the most excited about right now is hand-picking artists I respect from the area and asking them to create a Stem & Thorn-inspired piece of art that I will post on the website. There are a few other projects that will be pretty big time, but I have to keep those close to the vest for the time being. 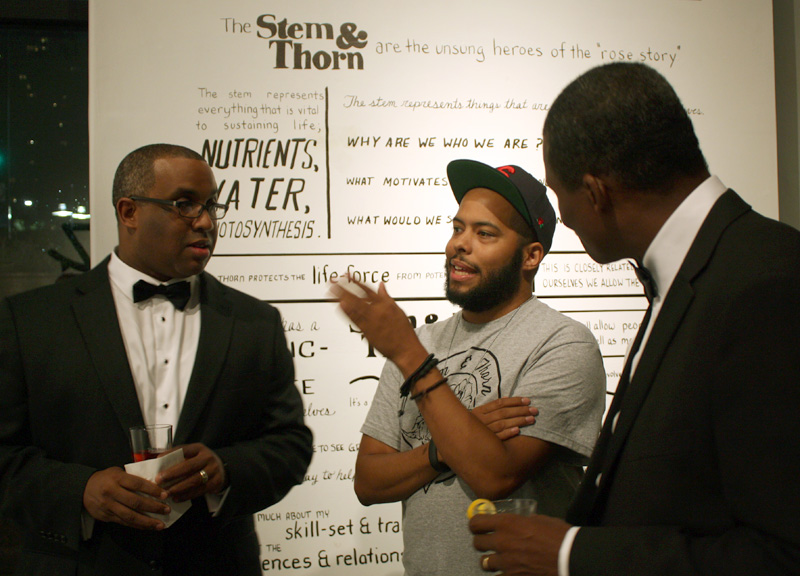 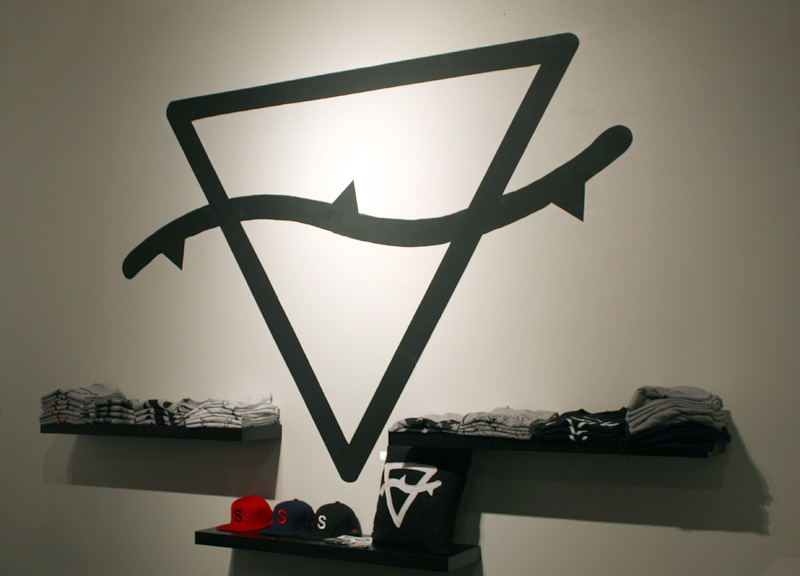 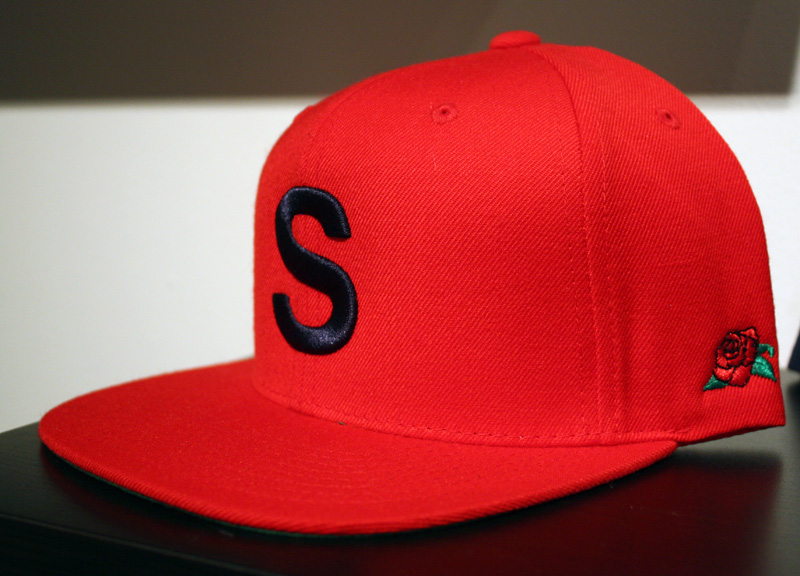 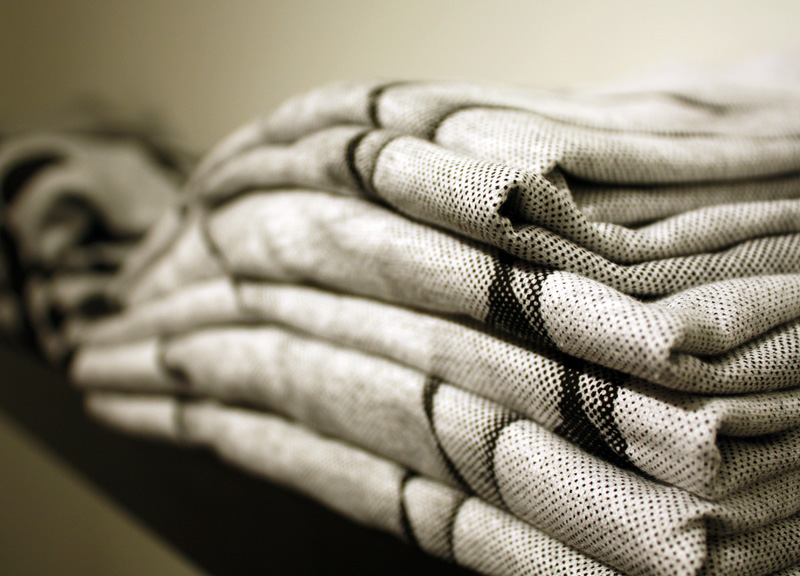 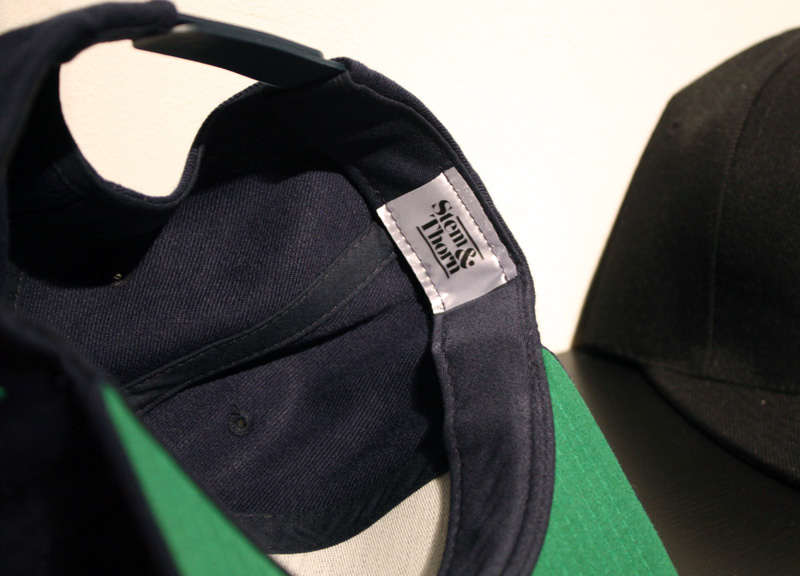 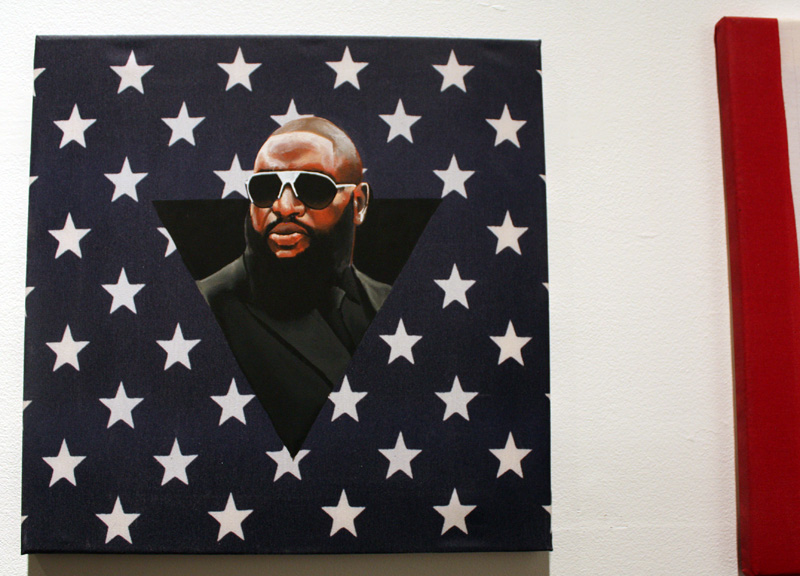 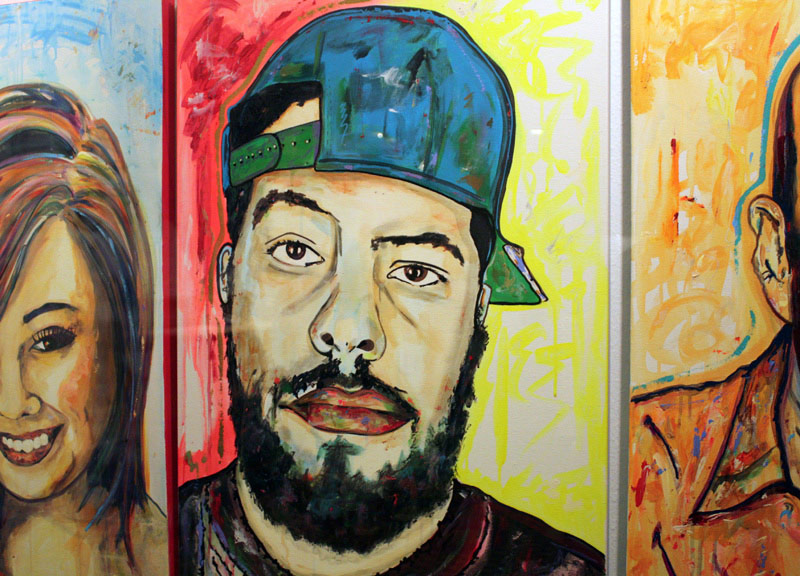 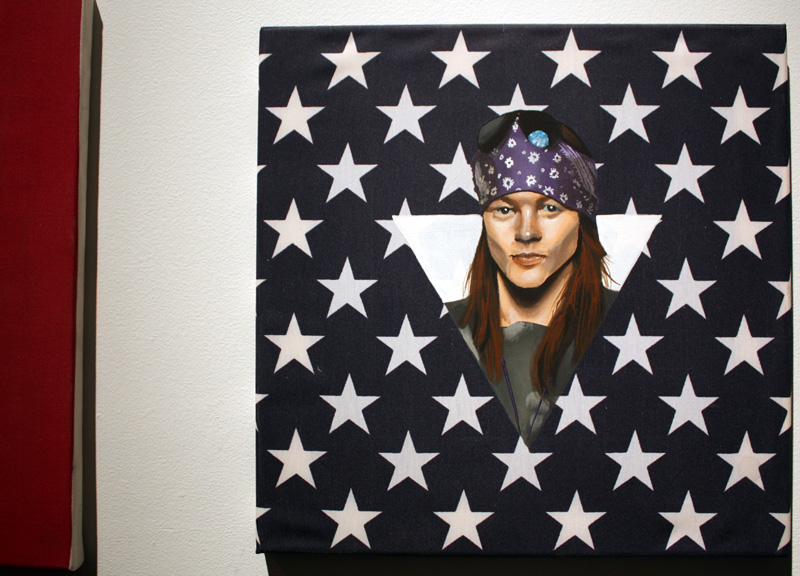 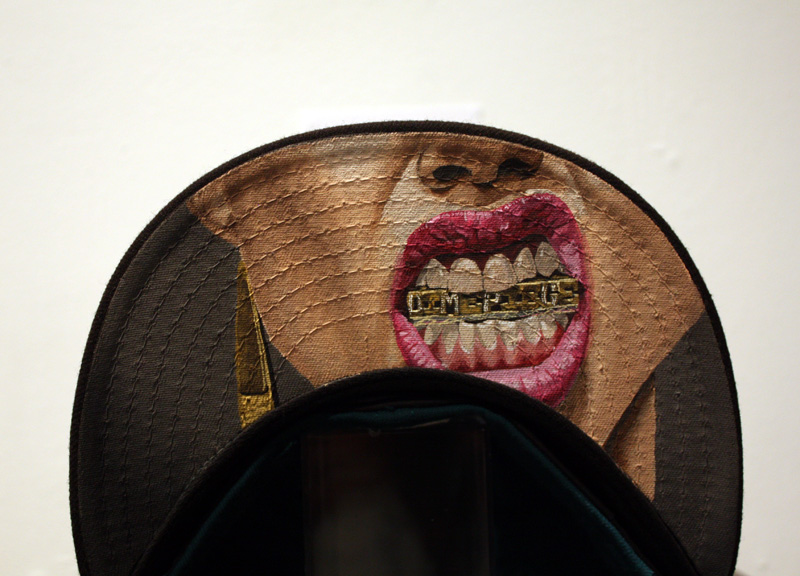 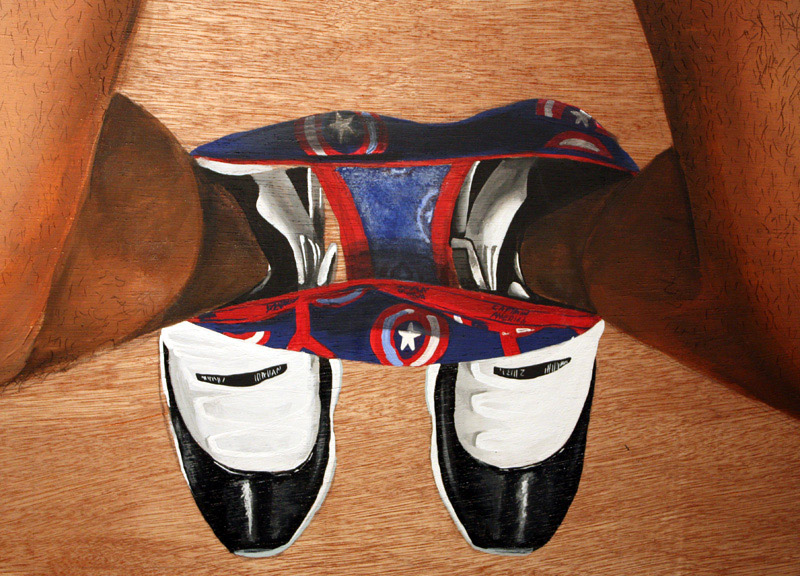 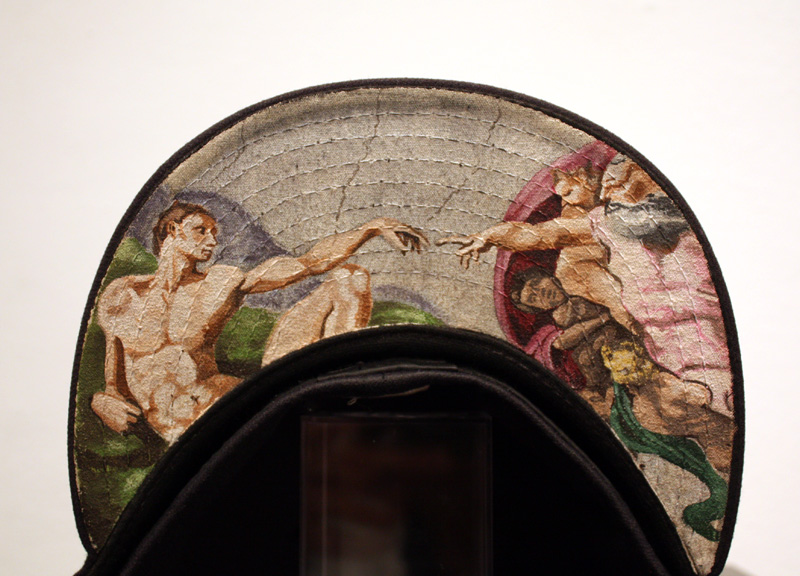 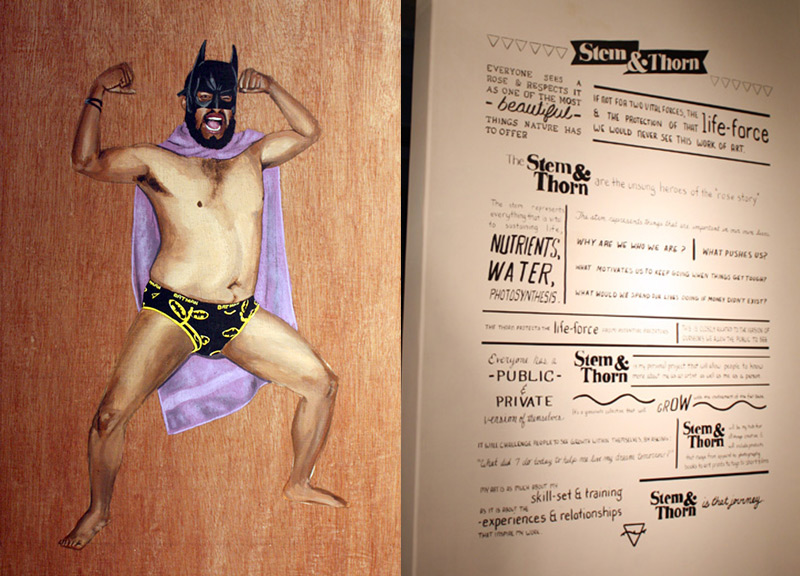 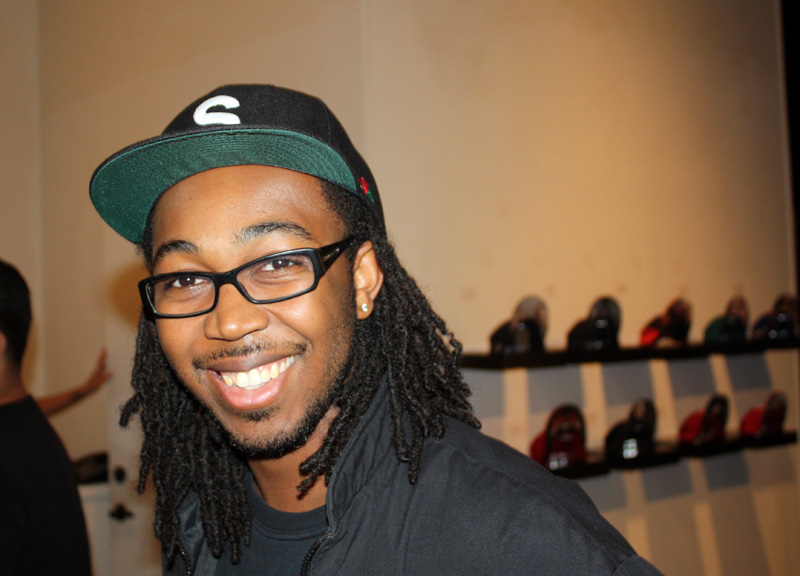 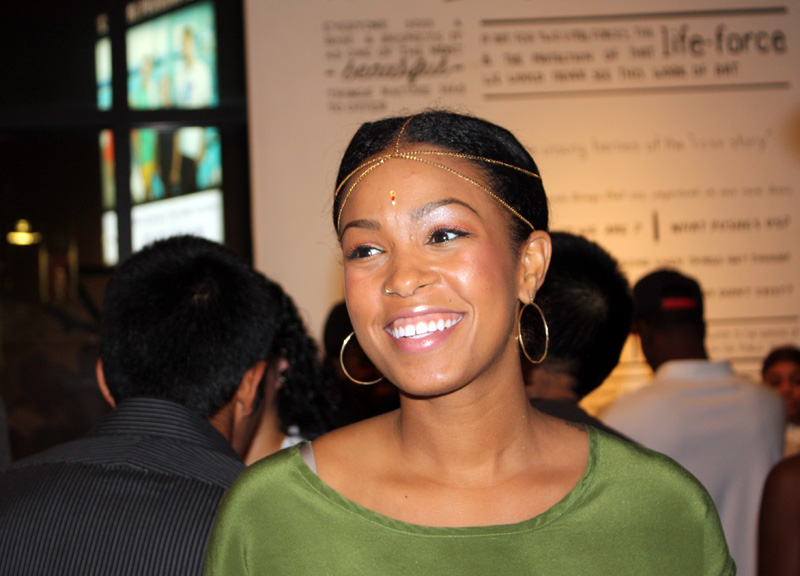 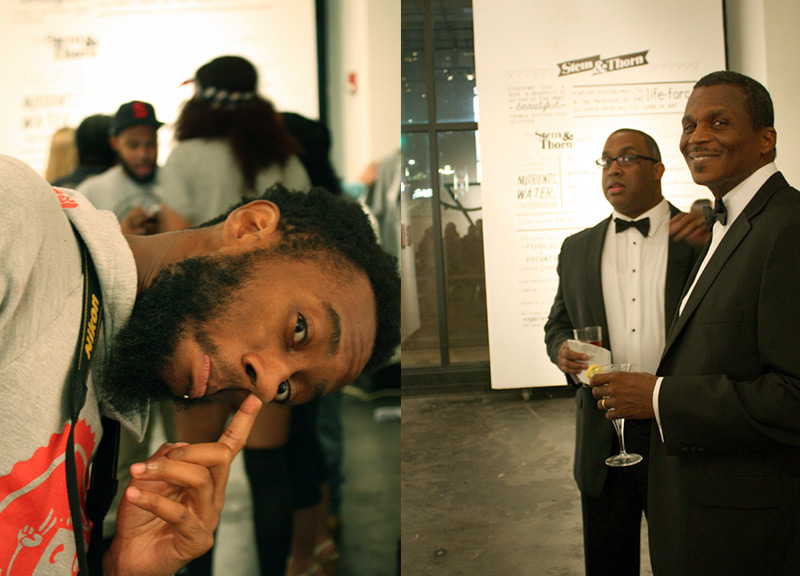 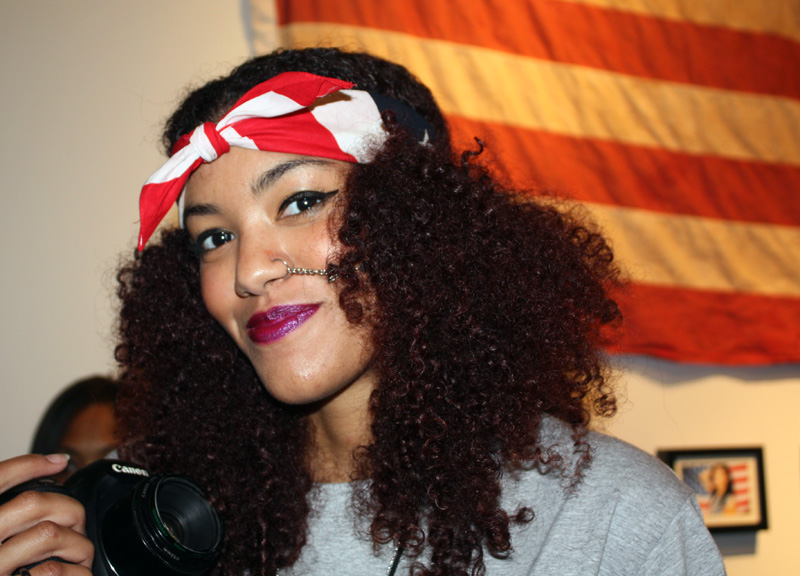 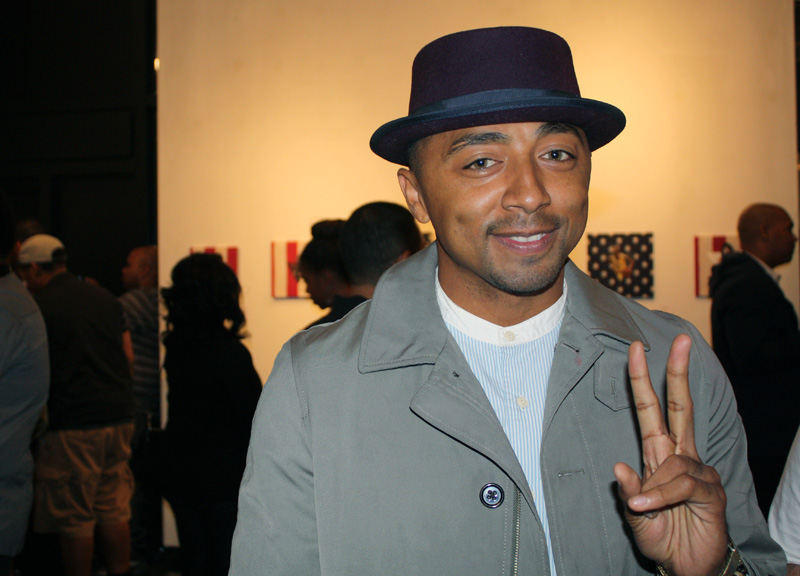 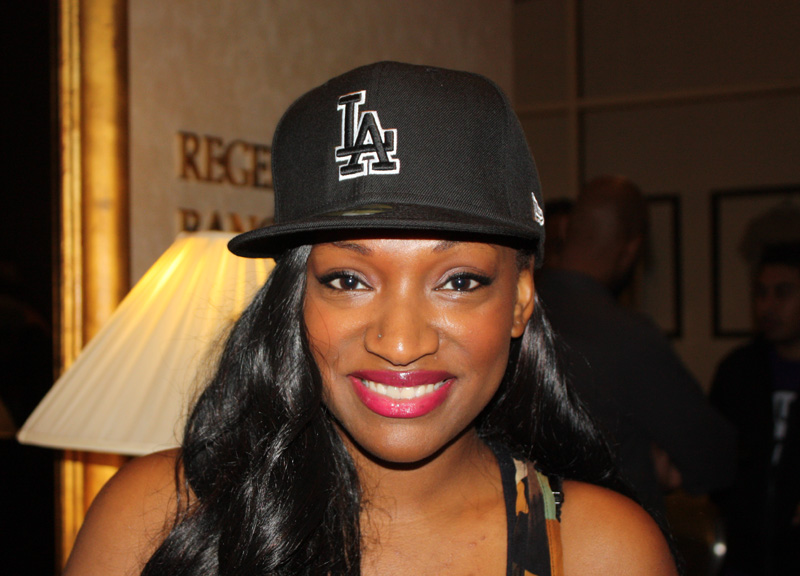