Hanging From A Lege. 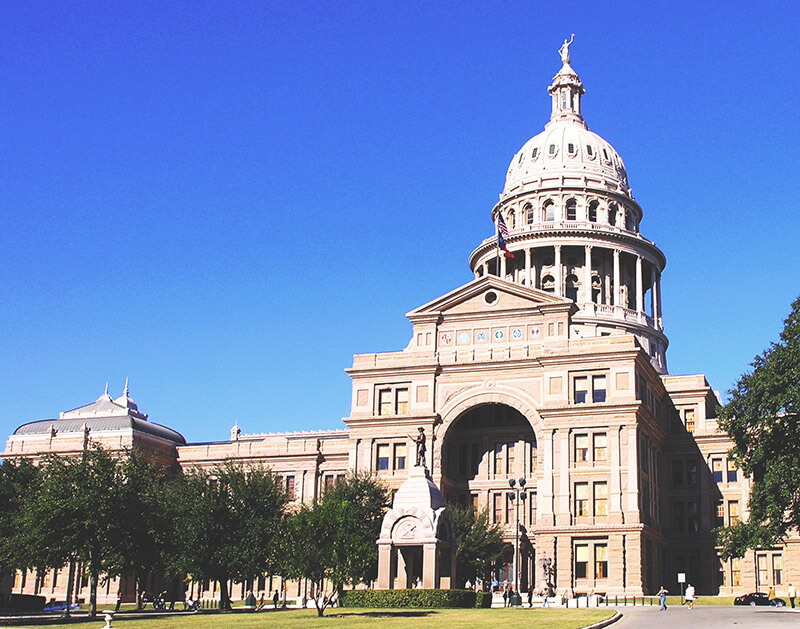 A Closer Look At Four Statewide Measures Being Discussed In Legislature That Could Directly Affect Your Life In North Texas.

Last week, Texas Governor Greg Abbott kicked off the legislative calendar by delivering the State of the State address and announcing some measures that could potentially impact Dallas if they’re either able to make it through the legislature or if Abbott acts on executive authority.

In the interest of maintaining an educated populace, let’s take a closer look at a few of these pieces of legislature and how they could affect our lives here in North Texas.

Senate Bill 4: “The Sanctuary Cities Bill.” Abbott has been in an ongoing fight with Travis County sheriff Sally Hernandez over a her policy to decrease cooperation with federal immigration authorities. Several bills have been introduced on the matter, but SB 4 has been the one making the most rounds. It advanced through committee last week despite more testifying against than measure than in favor of it, then got approved yesterday by the Senate. Now, it will head to the house for consideration. The measure would require local authorities to fully cooperate with immigration officials, or to risk losing federal funding — or even their jobs. Dallas is indeed a sanctuary city, and it could see a similar cut in funding as Travis County if Abbott targets all sanctuary cities using executive moves. That, of course, didn’t stop Dallas County Judge Clay Jenkins from declaring yesterday that the county is a “welcoming community,” that should “end nonessential collaborations with Immigration and Customs Enforcement.” Still, this move mostly appeared to be a symbolic effort on Jenkins’ part.

Senate Bill 6: “The Bathroom Bill.” This measure would require people to use a restroom or “changing facility” based on their “biological sex.” We’re not really sure how Texas lawmakers would enforce this pet project from Lieutenant Governor Dan Patrick, but we imagine some kind of new state job title like “genitalia inspector” might need to be created. Hey, who’s the perv now?

House Bill 393: The Texas Dream Act Repeal. Signed in 2001, the Texas Dream Act allows undocumented students who graduated from a Texas public high school to pay in-state tuition at public universities — a list that includes UNT Dallas, the DCCCD, Texas A&M Law School and others. The law has been repeatedly targeted since its adoption, and Bedford representative Jonathan Stickland was the one who filed the measure to repeal the law this year. House Speaker a Joe Strauss has stated in the past that he opposes a repeal, but we’ll see if that holds up.

A state-wide hiring freeze. As part of his messaging, Abbott announced that state agencies won’t be able to hire any new bodies until the end of August. So, if you had your eyes set on a Texas-funded public job, that’s just not an option anymore. Welp, so much for Rick Perry’s insistence that “Texas Works.”