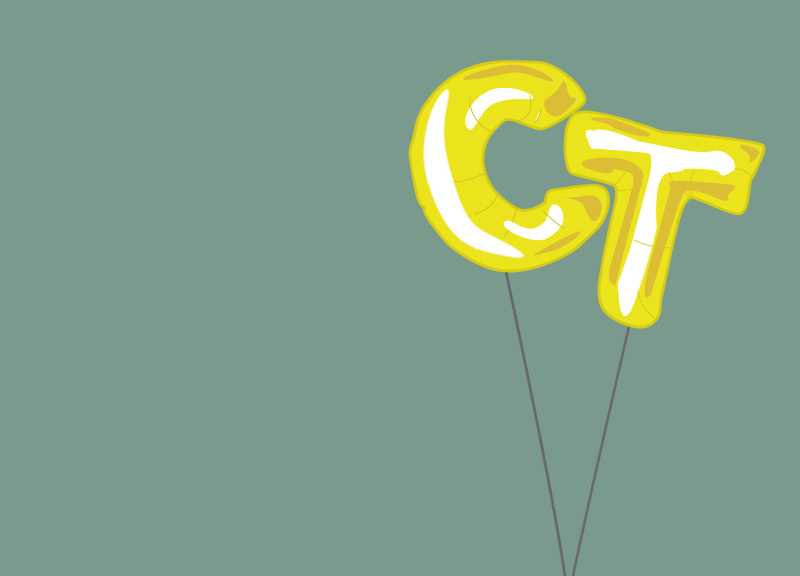 A Whole Bunch Of Reasons Why You Should Come Party With Us Tonight.

As you no doubt already know, we're going to be celebrating four years of this little experiment called Central Track at Club Dada tonight, starting at 8 o'clock and going on into the wee hours.

It's going to be an excellent time — of that much, I'm certain — and we sincerely hope that you come on out tonight to join us in the revelry, as we're 100 percent aware of the fact that we wouldn't have lasted a single week were it not for the support of our readers. More than anything else, tonight's party is intended as a thanks to you all.

Still, if that's not reason enough to compel you to come out tonight, we thought we'd, in this late hour, share with you some extra reasons why tonight will be a good time.

• We're going to have a photo booth! Not a real one with a bench and a curtain and everything and a dispenser that spits out film, but we're going to be taking posed pictures in front of a backdrop with a nice camera and, c'mon, you need a new Facebook profile pic.

• War Party is playing. These Fort Worth dudes have a great new album called To Love and Fear It, and they just dropped a new video yesterday that you should watch below because it shows pretty clearly that these boys know how to kick some tail on stage.

• Kid Cudi's show over at The Bomb Factory is sold out. Also, his new album is trash. That's not shit-talking, either. That is just the truth.

• Picnictyme is better than Kid Cudi. Objectively so, too, because we don't turn our speakers off when he tries to sing. Also, the former PPT member, former A.Dd+ producer, current Cannabinoid and one half of Booty Fade tells us that his long-gestating debut solo LP Sea Monsters is finally coming this year, and that he will be playing some songs from that tonight. Also? He tells us he's bringing a fog machine. Fog machines are dope.

• You can hang out at a place that existed prior to the Uptownization of Deep Ellum. Dada had a brief dark period in the late 00s, but unlike so many of the new businesses in the area, its history in the neighborhood dates back to the '80s. That's older than some of you who are reading this right now! Here's a chance to respect your elders.

• It's going to be 70 degrees out, with no chance of rain. You've been checking out this weather on Instagram for a while and it's time you introduced yourself.

• Sam Lao is performing. The blend of hip-hop and R&B found on her 2013 debut West Pantego EP established her as an area artist worth watching, and she's now primed to really blow with the impending release of her follow-up project, SPCTRM, a taste of which she'll be sharing tonight in her live set.

• Our street style photographer will be there. And, if you're looking fashionable, she might feature you. (No promises.)

• We're picking up some balloons to decorate the place. Just like on the poster, as we believe in truth in advertising.

• Our DJ for the night is legit DJ royalty. Christy Ray is the daughter of the great Spinderella of Salt N Pepa fame. She's a second-generation DJ, and this shit is in her blood. Also, she was on My Super Sweet 16.

• It's only $4 to get in. For all this stuff! That's cheaper than a one-topping slice of Serious Pizza (after taxes).

• The bar will be serving $4 Avion Silver drinks courtesy of our friends at Tequila Avion. That's the same brand Turtle bought a stake in during the later seasons of Entourage! Also, $4? That's cheaper than a one-topping slice of Serious Pizza (after taxes).

• Quaker City Night Hawks is performing. And they rule. Did you know that they have a new album coming out called El Astronauta? They do, and they'll sprinkle their set with some new tunes from it tonight, I'm sure. They already premiered a track from it this week via Noisey. Upon hearing that song, the writer behind the post that hosted it openly questioned whether the QNCH fellers are real-life humans or just robots who've been programmed to boogie. Tonight, we'll get answers.

• Son of Stan will be in the building. The divorce-popper won't be performing his own stuff tonight. Instead, the Grammy-winning drummer will be sitting in behind the kit for the QCNH boys. Pretty rad, right?

• It's a fucking party. If you really need this much cajoling to get your ass to come out, you might be beyond help. But, whatever, we're accepting of all kinds. So come hang.