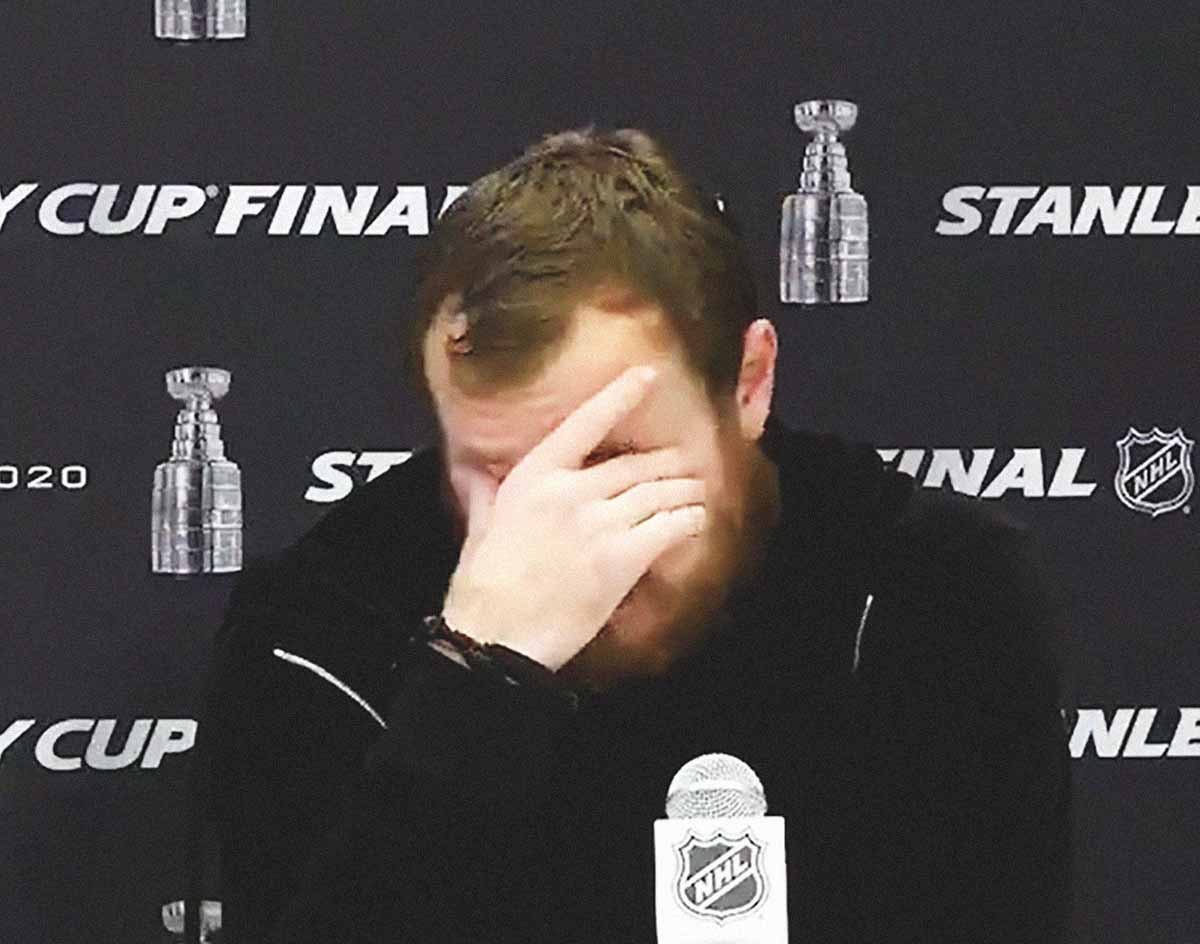 Three Reasons Why The Stars Lost In The Stanley Cup Final, Three Surprises From The Team’s Cup Run And An Early Look At What Comes Next For The Squad.

After all that, Your Dallas Stars are finally going home.

Nearly a full calendar year after the beginning of this wild NHL season, Jamie Benn and the bois in Victory Green™ saw their dream of winning a Stanley Cup come to its end at the hands of the Tampa Bay Lightning — a mere two wins shy of reaching that goal.

But the Stars have much to be proud of for their efforts. Perennial underdogs in the bubble, Dallas exceeded all analysts’ expectations with exciting series wins over the Calgary Flames, the Colorado Avalanche and the Vegas Golden Knights. The Stars’ players and personnel will now leave the Edmonton hotel life behind them after a full 64 days of seclusion, and return to their family and friends as Western Conference Champions.

While taking home the Cup is always the goal, this Stars team has succeeded in so many ways — most notably by rekindling the attention of the Metroplex back into the coolest game on earth.

When the next season starts — whenever that may be — we fully expect to see an energetic fanbase following the team’s exploits from the opening contest of the regular season.

Three Reasons Why The Stars Lost In The Stanley Cup Finals

1. Injuries. Disregarding the mystery injury (injuries?) that have kept Ben Bishop effectively on the shelf since the bubble began, Dallas boasted a relatively healthy squad throughout the first three playoff rounds. At one point, we were even discussing who to take out of the lineup in order to keep the freshly productive Joel Kiviranta on the team. Little did we know that we’d shortly be combing through the Stars’ Black Aces looking for warm bodies by Game 6 of the Final. In all, five key players ended up on the sideline during the Stars’ most crucial moment of the season, and the attrition of the playoff battles clearly hobbled many of those on the ice. Anyone questioning the effort of these guys and their desire to win, should just leave their stupid comments in their pockets!

#GoStars Roope Hintz down on the ice after this play with #GoBolts Tyler Johnson.
Hintz to the room pic.twitter.com/BuGwkEGrMq

2. Special Teams. Most playoff series usually come down to special teams and goaltending, and with Khudobin largely playing equal to Tampa’s Andrei Vasilevskiy’s level in the Final, the Stars really needed to stink up special teams in order to make a big difference. And boy, did they! Dallas finished the Final off going 1-for-19 on the power play, good for an abysmal 5.3 percent conversion rate. Meanwhile, Tampa torched the Stars with a 7-for-19 power play that saw them cashing in on 36.8 percent of their chances. There were discrepancies in the types of infractions that were called between the teams, to be sure. Honestly, we felt the series had atrocious officiating in all aspects of the game — from bogus icings to phantom trippings. But, regardless, you have to capitalize on the chances you get — and the Stars just didn’t. We understand that penalty kill units struggle from time to time, sure. But, while missing Radek Faksa was especially apparent as the playoffs wore on, the coaching staff left the power play units largely unchanged throughout the playoffs.

3. It cannot be overstated: The Tampa Bay Lightning are really, really good. The Lightning have been in Cup contention since their Final loss to the Blackhawks in 2014-2015, and they’ve consistently pieced together a quality team that combines world class skill, grit and a diligent defensive game in front of a Vezina Trophy-winning goaltender. It was simply their time, as six of the franchise’s top 10 scoring leaders are currently on their roster. The Lightning are a team with a core group of players that’s grown together over the years through first-round exits and deep Cup runs. Even with the Lightning down captain Steven Stamkos, the team’s other top players kept their production up against the best defenses in the East and right on through to the Stanley Cup. When your best players consistently perform as your best players, goof things happen. Lest there was any doubt. the Lightning’s Cup win this year proves that.

1. The Grumpy Old Men. After a largely ho-hum regular season from Joe Pavelski and Corey Perry, we weren’t exactly counting on either of the former rivals to have much of an impact on the postseason. But a team-leading 13 goals later, and we were quickly reminded of what has made Pavelski such an effective over the years. Now standing alone as the highest-scoring American of all-time in the NHL’s playoffs, Pavelski’s leadership during crucial playoff moments clearly contributed immensely to the Stars’ run. As for Perry? Well, he was no slouch himself, notching nine playoff points and leaving his fingerprints on the game more often than not. When the rest of the team looked to be out of gas, Perry was always right there, dragging his teammates into net crashes and post-whistle scrums.

2. Joel Kiviranta. Literally no one saw his welcome production coming.

3. Tyler Seguin. Not all surprises are good, folks. And Seggy’s meager two-goal output in the playoffs certainly fits that mold. The snake-bitten center looked out of sorts throughout most of the team’s Cup run, even if he did look to be finding his stride at just the right time in the Finals. Unfortunately, though, his scoring touch was never really in that package. Seguin ranked eighth on the team in playoff points and tied for 11th in goals, placing behind the likes of defensmen Jamie Oleksiak and Miro Heiskanen. The team’s overally power play especially suffered during Seguin’s slump — and, his once fearsome one-timer no longer a threat, Tampa was quick to attack the Stars’ blue liners and prevent the Stars from pulling off clean lateral passes in the offensive zone. As has become the norm for Seguin, the effort is always there, but his production is frustratingly hit or miss.

Tyler Seguin is straight up not having a good time pic.twitter.com/DiQsth5c1n

So. What’s Next For Your Dallas Stars?

There’s no rest for the weary, and general manager Jim Nill has his work cut out for him starting as early as today.

The NHL’s 2020 draft arrives on October 6, and will be held virtually via video conference call. The Stars will pick 30th in the first round, and will be without a second or third round pick this year — well, for the moment, at least. Nill has never been shy about making a move or two on Draft Day.

No pressure there, Jim!

Welp, folks. That does it for Forechecking™ this season — and, yes, we mean that for real this time.

We’ve genuinely enjoyed talking stick and puck with our longtime readers and recent bandwagoners alike this season. Far as we see it, it’s always the more, the merrier in Stars Land!

Plus, there is a lot to look forward to with this club, and while this year’s Cup run was unexpected by some, it also wasn’t a fluke. The Stars’ championship window is officially open — and, while there are no guarantees in hockey or in life, next season should be quite the adventure as Your Western Conference Champion Dallas Stars look to bring the Stanley Cup back home once more.

Will they do it? Here’s looking forward to finding out together.