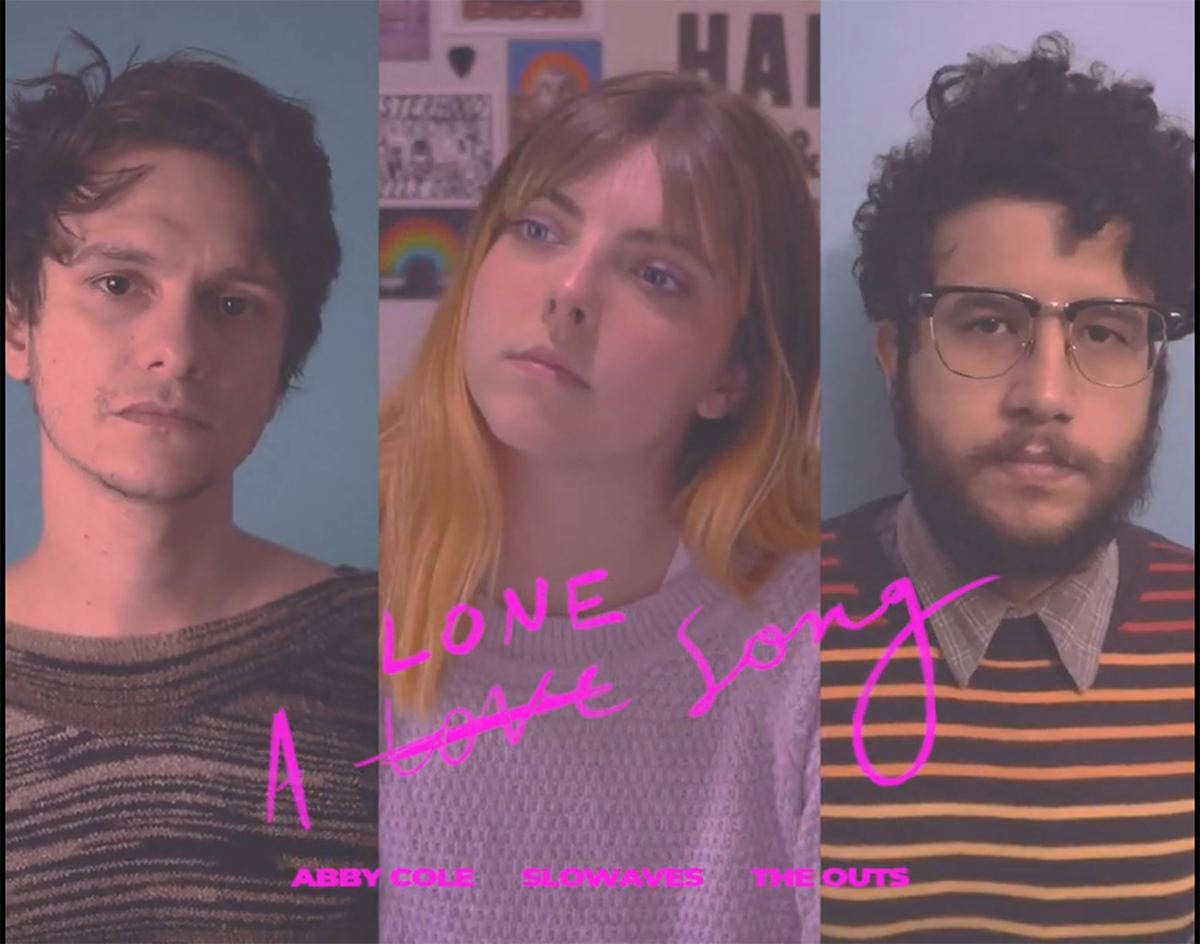 For Dallas Dream-Pop Singer Abby Cole, An Exaggeration Of Loneliness At The Beginning Of Quarantine Felt Too Real To Not Put Into A Song.

Abby Cole, Slowaves, The Outs – “A Lone Song”
RIYL: Wallowing in loneliness.
What Else You Should Know: Dreamy pop singer-songwriter Abby Cole is a senior at SMU studying film and English. Between classes, Cole began writing music in 2018 and released her debut single Ghost Town in 2019. Later that same year, she released her first EP called Is It Not Strange? Her latest single titled “A Lone Song” is a play on a love song after being alone for so long.

Earlier this year, Brazillian artist Slowaves reached out to Cole asking her to write lyrics to his instrumental track, leading to Cole’s first collaborative song for what would result in “A Long Song.” The Outs, a Brazilian duo, joined the project later and added harmonies, background vocals and a psychedelic rock component to the single. Cole’s soft and soothing vocals match the daydream-like sounds of trends among contemporary indie-pop.

The Dallas-based singer wrote the lyrics for “A Lone Song” two weeks into quarantine as a sort of half-joke. She never imagined that singing “Been in isolation for a century, I believe” would hit as hard as it does now as the pandemic is still raging on seven months later. Of course, no one expected quarantine to last as long as it has. Still, the lyrics really paint the picture of loneliness and boredom as she croons, “I guess I’ve had plenty of time for me to think/Watching the water drain down the kitchen sink.”

Just as quickly as we were already running back the just-released music video for “A Lone Song”, Cole announced a dark electronica single called “The Speed of Time,” off her upcoming EP called SEETHRU, out in early October.