Forechecking: Can The Stars Win Without Scoring? 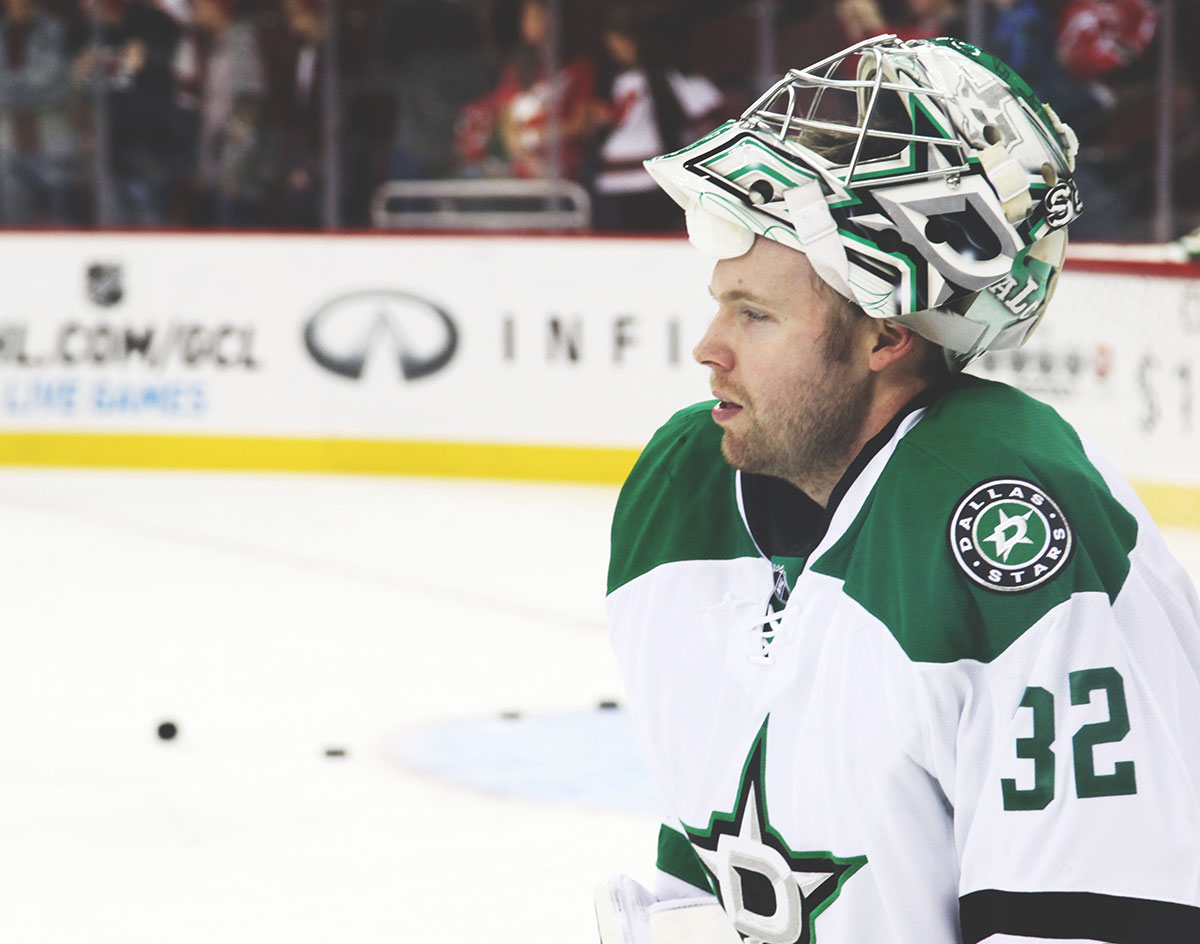 The Dallas Stars Are Attempting The Unthinkable And Trying To Win Hockey Games Without Scoring Any Goals. It’s An Innovative Idea, For Sure! Will It Work?

Late in the 2017-2018 NHL season, it seems as if Your Dallas Stars have stumbled upon a groundbreaking approach in trying to make the playoffs. They’re trying to win games without putting any pucks into their opponents’ nets!

It’s like they’re Hamlet, only their existential is less about being and more about shooting. To shoot or not to shoot — yes, that is the question, indeed.

Will the Stars non-scoring efforts lead to a new norm in the NHL? This week on Forechecking™, we explore this very complex issue — and many more!

• Loser Point versus Ottawa Senators, 3-2 (OT).
Ah, the one that got away. Dallas lost this one in overtime — at home and to the league’s worst road team, no less —  and and also lost some players in the process. Despite being outplayed in the opening frame, Tyler Seguin gave the Stars the lead off an errant pass on the power play. Later in the frame, Dan Hamius awkwardly fell backward onto Ben Bishop, causing the netminder’s knee to twist in an unpleasant way and get replaced by Lehtonen at the start of the second. Kari did a respectable job protecting the one goal lead during more uninspired play by the team in front of him before surrendering a power play tally to Mike Hoffman with just two friggin’ seconds left in the period. Then he let in is a softie wrister on his blocker side to former Avalanche headache Matt Duchene. Finally aware that there was a hockey game happening, Dallas wound up and unleashed yet another comeback goal in the dying moments of the third and sent the game into overtime thanks to — who else? — Tyler Seguin. The Stars got the better of the chances in the extra frame, but Erik Karlsson managed to slip the puck through Lehtonen’s five-hole to improve Ottawa’s record to 23-32-10.

Three games in a row the Stars tie it late in the third to force OT. #GoStars pic.twitter.com/j6jIhB5fZo

• Darkness Music at Nashville Predators, 0-2.
The Preds have devoured all opponents playing their second game of a back-to-back this season — to the tune of a 7-0-1 record — and entered this contest as the NHL’s hottest team with eight wins in a row. Wow! How would the Stars — sans Ben Bishop, Esa Lindell, Radek Faksa and Martin Hanzal — fare against the Central Division’s best? By hanging the Preds their franchise-high ninth win a row, obviously. Bless their Victory Green™ hearts, the Stars put in the effort during this highly entertaining game that went scoreless until midway through the third. Kari Lehtonen had a fairly masterful game, stopping 30 shots in a row — many quite difficult ones, too — before succumbing to a backhand shot in traffic that just eeked over his shoulder. In the desperation comeback effort in the dying seconds, John Klingberg tripped and fell after clipping the side of the net, giving up an easy empty netter to conclude the contest. Ultimately, the Stars just looked like a tired team giving it their all against a very confident squad that swatted away what little offensive threat the Stars could muster.

Great save after great save, Kari Lehtonen turned in a strong performance in net tonight. #GoStars pic.twitter.com/Z5aw66FDU1

• Victory Green™ versus Anaheim Ducks, 1-2.
This was an entertaining game in front of a sold-out American Airline Center, and the home fans got to witness yet another come-from-behind Victory Green™  in this one too. The Ducks took the lead in the first on a patient tally by Ryan Getzlaf, but were unable to build upon that lead, their legs obviously weakened on the heels of a back to back. The Stars spent copious time in the Ducks’ end for the second and third period before finally being rewarded by a crazy good/lucky tip by Devin Shore. Then, on the power play, Dallas took the lead when yet another tip — this one from Jamie Benn — beat the Duck’s Ryan Miller. From there, Dallas shut it down to take two points, and also kept the playoff bubble Ducks from advancing up the standings.

A+ goal. A+ celly. #GoStars pic.twitter.com/gufWGqpf3t

• Darkness Music at Pittsburgh Penguins, 1-3.
Hey, an early Sunday evening game on the national stage! Unfortunately, it didn’t start so well for Dallas as sloppy zone exits and an inability to shoot the puck allowed former Stars player Jamie Oleksiak to give his new team a 2-0 lead when he scored a goal with just 3.6 seconds left in the first period. The Stars surely are the worst team in the league when there are mere seconds left in a period, huh? The second period didn’t start much better, as the team only managed two shots on goal halfway through the frame while sustaining heavy Penguins pressure. Eventually, during a two-man advantage, a Spezza saucer pass to Alexander Radulov finally got ya bois on the board. In the third, the Stars actually started pressing the issue in the Penguins’ zone — but, well, when you can’t put the puck on net, goals won’t happen. And so the Stars lost, and yet again to the opposition’s backup netminder. At this point, their even-strength goal-less stretch stands at nine periods. Yeesh.

Play of the game:

Spezza sends a nice pass across the crease and Radulov drops to one knee and fires it past DeSmith. #GoStars pic.twitter.com/jjCEsWx4i3

With Ben Bishop on the mend from a knee injury, old friend Kari Lehtonen is the everyday goalie for Your Dallas Stars again, and he’s been pretty great! In the toughest games of the week, he was far and away the best Star on the ice, allowing only one goal to the conference-leading Predators and just two goals to the defending Stanley Cup champions of Pittsburgh. What more do you want from Kari? Never letting a single puck in? You expect him to score too? Leave Kari alone! The highest-drafted European-born goaltender ever is posting some of the best numbers of his Dallas career and giving the Stars a chance to win every night. It will be interesting to see how coach Ken Hitchcock manages Kari’s workload as the Stars embark on the upcoming long and treacherous road trip, though. If Bishop is unable to suit up soon, we may see Texas Star goalie Mike McKenna called up. Heaven help him.

It’s a Canadian swing for the Stars this week, which is maybe fun news for the 10 players on the Stars who hail from The Great White North. Here’s hoping they enjoy it.

Dallas Stars at Montreal Canadiens.
Tuesday, March 13, at 6:30 p.m.
The Canadiens won’t be making the playoffs, and the Stars need to take advantage of the few creampuffs left on their schedule.

Dallas Stars at Toronto Maple Leafs.
Wednesday, March 14, at 6 p.m.
Seems the Captain has HSOs about the Maple Leafs. You wont believe what he has to say!

Cover photo of Kari Lehtonen by Lisa Gansky via WikiCommons.