Kari Shuts Down The Best Teams In Both Conferences to Put the Stars Back on Top.

Your Dallas Stars have returned to their winning ways, earning six out of six available points on the week and now sitting tied for first place in the Western Conference at 77 points on the season.

That said, let's just all take a moment and reflect on how wonderful this season has been thus far, and rejoice in the profound rebound that the franchise, as a whole, has experienced since the days of bankruptcy sadness. Allahu Akbar!

Now, we're not one to discuss politics and whatnot here on Forechecking, but if you aren't voting Jim Nill for President come November, you're voting for the wrong Canadian.

Something we are one to discuss here on Forechecking is what the Dallas Stars have been up to and what lays ahead. So let's review last week's heroics from your Dallas Stars, preview this week's contests (there are a lot of em!) and award the Unofficial Sega Genesis NHL 94 Player of the week. I can't wait!

• Victory Green™ at Minnesota Wild, 4-3 (OT). Road games are never easy to win in the NHL, especially against divisional opponents. Securing points in these contests makes all the difference between playing hockey in June or sitting at home watching Futsal. The Stars' official backup Kari Lehtonen gets the win here in a perfect microcosm all of things Kari — some stellar play mixed with disappointing give-up (not Cam Newton level, but give-up none the less). The Stars' Swedes save the day as Janmark beautifully set up Jason Demers on his JFK magic bullet of a goal, followed by a John Klingberg laser in overtime. Seems to happen every week now, don't it? Radek Faksa got the call up to complete the forward group in Spezza's absence, and he's going to make a phenomenal checking line center very shortly, methinks. The Stars end the season series with the Wild here winning 4 games to 1, such a vivrant thing. Then, after having lost to the Stars, Minnesota fired its head coach. Bye Felicia.

• Victory Green™ at Chicago Blackhawks, 4-2. Last week, we foretold that the Stars would (maybe) embarrass the Blackhawks on the road in response to last weekend's shellacking — and we were right as hell. Led by a Patrick Eaves hat trick (some real purdy goals there, for sure), Dallas took a substantial lead and never looked back in yet another win for the Stars' official starter Kari Lehtonen. Motivation abounded as the Stars, who were in full on revenge mode, brought their proud papas along for the trip. This was Patrick Sharp and Johnny Oduya's first time back to Chicago after winning the Stanley Cup(s). See the Hawks' classy thank-you montages here. It was a great statement win against the best team in the West.

• Victory Green™ vs Washington Capitals, 4-3. So how did the team follow up its W over the Blackhawks? With another great statement game, this time against the best team in the East. A competitively high-speed, high-event contest between some of the league's marquee players — are you not entertained? Much like with its victory over Chicago, Dallas jumped out to a four-goal lead. But unlike in Chicago, that sizable lead would dwindle and make for a nail-biting finish (well, kind of like in Chicago, but more worser). Ovechkin continued his goal-scoring tear this season here as he blasted a wicked one-timer on the power play that started the Washington comeback, and Ovie remained a threat every shift thereafter while logging 22 minutes on the ice. It was pure Russian terror. A Red Scare, if you will. As it were, Hemsky, in particular, looked great, with responsibly slick plays on both ends of the rink. His chemistry with young Janmark has been a pleasant development this season, and here they teamed up for a goal and created many other chances. Your boy Tyler Seguin also scored twice, and his second of the night looked to be salt in the wound of the Caps when it put the Stars up by 4. Also it just ended being an x-stat syringe game-winner for Dallas. Trigger Warning: Fake blood. But, hey, Dallas has beaten Washington in nine straight, dating back to October 25, 2008. Remarkable!

Oh, Kari. Sometimes you are like Zero Zero , and sometimes you are like Olive Garden. After a week of warming the bench during Niemi's six-game starting streak, it was Kari's turn to carry the mail this week, and he responded by winning all three contests against very difficult opponents. Mixed in with brilliant play was a smattering of those familiar, “Oh no! Not again, Kari!” moments. But we are not going to be Debbie Downers here today, no. Kari was superb when called upon, which happened to be often. Down the stretch, it will be vital that both Stars netminders stay sharp to keep the team in a favorable position for the playoffs — i.e., home-ice advantage (Playoffs? You kidding me?).

It's gonna be a busy week for your Dallas Stars. Ruff, Benn and Seguin return to the site of the “John Scott NHL All Star Spectacular” in Nashville to tangle with a Predators team struggling to find consistency since trading the big Seth Jones (Arlington, Texas' Own) for Ryan Johansen (Carrie Underwood's dupe).

The following night, Your Stars tangle with Tarasenko and the St. Louis Blues. And on the second night of a back-to-back, we hope Your Dallas Stars have enough energy to make it interesting. Then, on Thursday, your Stars travel to Mike Modano's neck of the woods to tangle with the forever-average Arizona Coyotes. To close out the week, the Tyler Seguin-less Boston Bruins visit the AAC Saturday to tussle with ya boys. 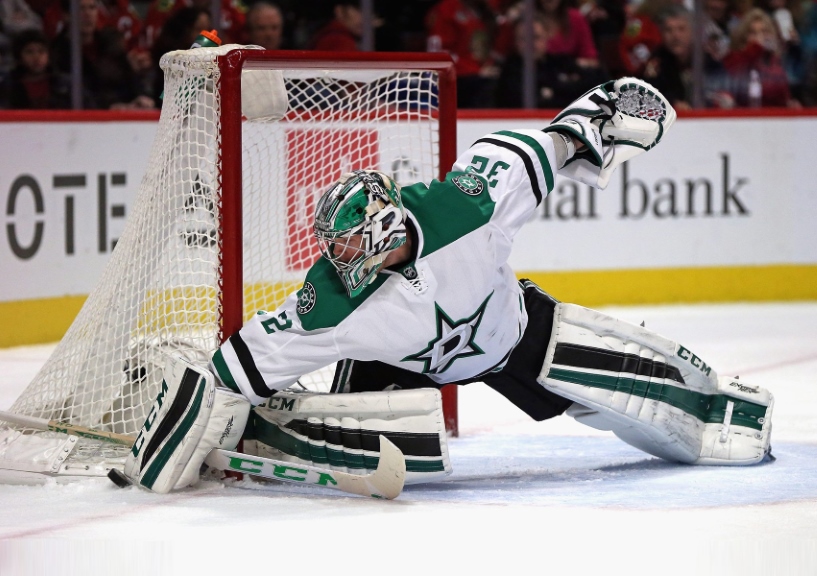