After Another Week Of Garbage Hockey, The Stars Get Some Much Needed Rest.

Your Dallas Stars have had a real poo-poo of a week, filled with wonky, boopy and tinky whoopsie. If there was a way of consolidating the week to a six-second clip, it would look like this. Your hockey team played hard, but a stretch of nine games in 15 days — the most played in the NHL — left the Stars exhausted mentally and physically.

Don't take it personally. Good teams must go through adversity to better handle the attrition that is the Stanley Cup Playoffs and, let's be honest here, bowing out in the first round this season would be a major disappointment. That's called having a high standard, something we all should have in our non-Stanley Cup Playoff lives, too.

Not to be outdone by the dispirited play on the ice, the Stars also faced stinky woo-woo off the ice as well. NHL Hall of Famer, the highest-scoring American-born NHL player and greatest Dallas Star of All Time, Michael Thomas Modano Jr., was involved in a highly publicized tiff with his former organization. The rift between these once-inseparable entities has even caused Modano to consider changing the name of his signature beer from 561, the amount of goals he has scored in his NHL career, to four, the amount of goals he scored outside of his reign as a Star — y'know, when Dallas forced him out of third line center duties for Tom Wandell =).

So let's raise our glasses of 561 (or Detroit Red Wings Rule Pilsen), and toast in the hopes that the Dallas Stars and Mikey Mo fix this shit, Rich. After than, I guess we can take a look back at the team's troubles over the past week since. It sucks, yeah, but that's the format we've been sticking to for the past month. And then we gon' does take a look at next week at stuff! Pulitzer Prize, here I come!

• Darkness Music at New York Rangers, 2-6. The Broadway Blue Shirts scored early and often in this forgettable loss. In some ways, this loss was comical in an Andy Kaufmann kind of way, where it's not really funny, but people tell you it is, but you don't see it, and it may be because you weren't alive during Andy Kaufmann's tenure on New York's Saturday Night Live, and are now inundated every day with similarly unfunny shtick. Whatever the case, the Stars were no match for New York, a place where you can tell your fans you tried to do your job, when, really, you do whatever the hell want. Let them eat cake.

• Victory Green™ vs Winnipeg Jets, 2-1 (OT). Back in the AAC, the Stars were able to muster up enough mojo to defeat their Central Division foe from Manitoba. Seguin scored the Stars' only regulation goal, in tight on Connor Hellebuyck. Winnipeg would go on to tie the game on a defensive breakdown by the Stars, and outshoot them as well, but heroics from Kari Lehtonen would keep the Stars in the game long enough for a scoreless overtime, straight to a shootout. Seguin and Sharp scored in the skills competition to drag Dallas across the win threshold for two points in a game that could have easily gone in the Jets' favor. Gutty win for the Stars.

• Darkness Music vs Minnesota Wild, 1-2. The Wild are a well-coached, diligent and disciplined club. They may dress a roster of mostly relative unknowns (quick: name their second line center) but they are handful for any team in the NHL and even the KHL. Klingberg opened the scoring, only to have his goal disallowed during a coach's challenge on a bogus goalie interference call. The NHL wants more scoring? How 'bout letting legitimate goals count, for starters? It's really got-damn ridiculous to attempt to increase scoring in the league when you ain't even counting the goals that are scored. Like I said, Rich needs to fix this shit. The Wild went on to score twice in an evenly played match that saw Minnesota goaltender Devan Dubnyk perform feats that only David Blaine could imagine. Want to see Jamie Benn do his best American voter magic trick? Here you go.

Unofficial Sega Genesis NHL 94 Player of the Week.
(Patrick Sharp, seen here about to score on Kari Lehtonen as a member of Mike Modano's favorite team, The Chicago Blackhawks.)

Somehow through the muckety-muck that has been Dallas Stars hockey the last two weeks, Patrick Sharp has extended his point streak to a career-best 12 games, currently longest in the NHL. A gifted sniper, Sharp's best attributes include his offensive awareness, back checking and jaw line.

Mercifully, the Stars don't play until this weekend when they travel to California for matchups against the Stinky Ducks of Anaheim on Friday, and the Stinky Sharks of San Jose on Saturday. Expect a focused and re-energized Stars team, led by a fresh-off-injured-reserve Ales Hemsky.

P.S. Star's owner Tom Gaglardi has smartly signed current GM and savant Jim Nill to an extension that will keep the mustachioed Jedi with the franchise through the 2022-2023 season. Make no mistake, Jim Nill is the biggest reason why the Stars aren't a big old pile of garbage anymore.

P.P.S. Modano isn't really considering, to my knowledge, changing the name of his beer, I was just having a little fun with the situation. I once drove to Allah-forsaken Waco just to see Modano's section at the Texas Sports Hall of Fame in the middle of summer in a 1991 Mazda that had no A/C. Was it worth the traffic-stricken drive down I-35 in a 120-degree black vehicle that may stall at any minute to see? Tune in next week to find out! 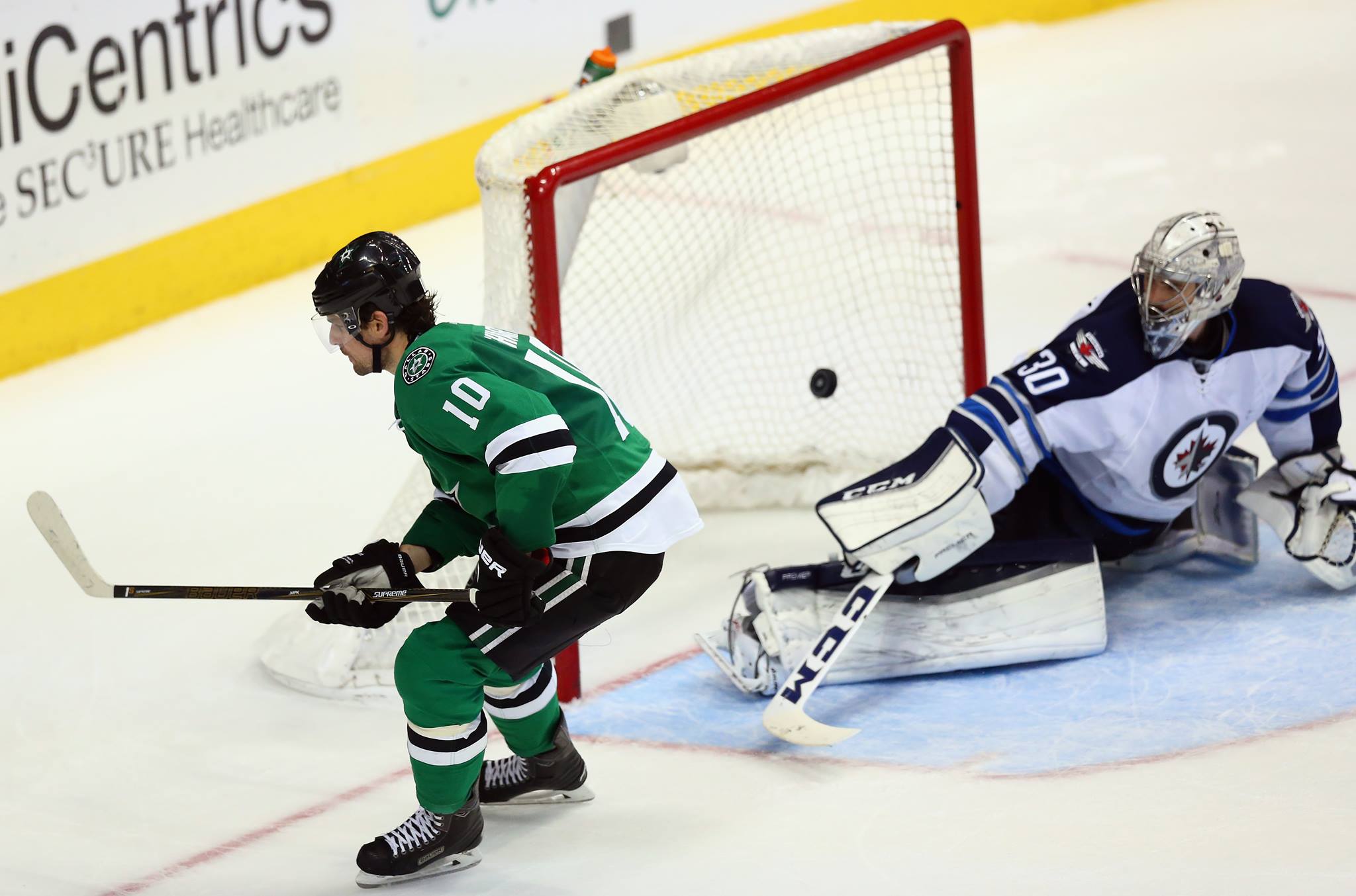