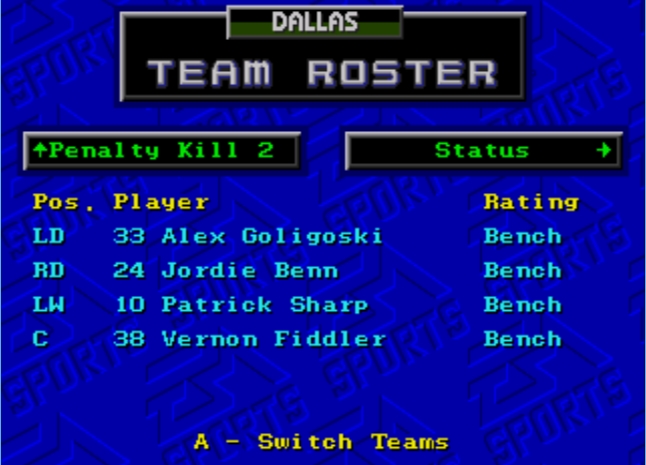 We Don't Want To Jinx It, But The Stars Look Like A Better Version Of The Blackhawks.

Your Dallas Stars are right where they deserve to be, atop the Western Conference by the slimmest of margins. I believe I speak for us all when I say Your Dallas Stars have exceeded all expectations this regular season. They are winning — a lot — and learning how to do so in a variety of ways. They've battled injuries, ridiculous scheduling and Ted Cruz to become the greatest Canadian Texans of the year.

Let's talk stick and puck about it. But only after you watch “Disco Duck” first.

• Victory Green™ at Chicago Blackhawks, 6-2. These two teams seem to be trending in opposite directions. Chicago is playing itself out of the top two seeds in the Central Division with a 3-5-2 record in their last 10 games, all the while dropping four games to one on the season series against our heroes. Matched head to head, the Stars look like a better version of the 'Hawks, but I wouldn't say that out loud so as to possibly jinx it — like, if you and I said the same thing at the same time and then I say “Jinx, buy me a Coke” and then you'd be obliged to buy me a Coke on account of natural law and whatnot. This victory over Chicago in their barn clinched a playoff berth for Your Dallas Stars. And how. The boys jumped out to a huge lead in the first period and never looked back. The fourth goal, which was the second of the night for Vern Fiddler, deflated the opposition and the Chicagoans in attendance. What I really like about Fiddler is that he embraces his role and understands his value to the team. Never one to abandon his true self for personal glory, you know exactly what Fiddler brings to the game. He's an honest, hard-working lunch-pailer who defies all odds and puts his teammates, and country, first. Feel the Vern 2016.

• Darkness Music at Arizona Coyotes, 1-3. A surprisingly wide open flow for a Dave Tippet contest, I was actually entertained by this loss. Perhaps being at home in front of a worn out fan base persuaded the Stars' former bench boss to entertain the fans for a change. The Stars took six penalties against the likely-to-miss-the-playoffs Coytoes, yet were perfect on the penalty kill. Arizona just seemed to have more pep to their step in this one. Perhaps Dallas was still sleepy from watching preseason baseball the night before? Patrick Sharp, while not a factor in the scoresheet, looked physically engaged and back to his old ways, and I can't wait to see his playoff performance this year — which we know we can look forward too, because the Stars clinched a playoff spot when they spanked Sharp's old team in front of their own fans earlier in the week. Funny moment of the night: Stars color analyst and whiskey connoisseur Daryl “Razor” Reaugh said of Kari Lehtonen after an awkward save that “he looked like an octopus falling out of a tree.” That imagery makes me laugh.

• Victory Green™ at San Jose Sharks, 4-2. The Stars played a smart and defensively responsible Saturday matinee game for a solid win, while most of San Jose's fans were seated comfortably at their local Cineplex watching Nicolas Cage's Superman Lives (no spoilers please). Those in attendance had little to cheer for at the Shark Tank, which is par for course this season for San Jose, as they are two games under .500 at home, yeesh. Winger Antoine Roussel spent most of the day chirping and distracting the low IQ Sharks as Mattias Janmark and company patiently dismantled some odd defensive issues by said learning-disabled home team. This was goalie Antti Niemi's first start since his five-goal loss to the Blues way back on March 12. His performance here can best described as “spiffy,” and one really can't argue that. It was a chippy game overall with some truly terrible officiating, and the Sharks made it interesting in the final frame with two quick goals, mostly on account of some really terrible officiating. Did I mention the terrible officiating? Bad whistles and all, a Jamie Benn empty netter sealed the deal as the Stars won the match and became the highest-scoring empty net goal team in NHL history, I do believe. And they're going to the playoffs. Because they clinched this week. Funny Moment of the Night: Nothing.

Normally here in the Unofficial Sega Genesis NHL 94 Player of the Week space, we pick the top player for the week – but this week, we must give the Penalty Killing units their due this week. Here's a sexy stat that comes to us from the official Dallas Stars post game show host @owennewkirk: “In the month of March, the @DallasStars penalty kill is 37-for-39 (94.9%) in 12 GP. GOT DAMN!” I added the “got damn” for emphasis. I'm not sure of the impetus for this 300 level of defense, but I hope it never ends. The end is the beginning. Is the end. Hmm, quite an interesting crappy internet writer stream of consciousness corner we've come to. Two Zach Snyder-directed movie references (Superman, 300) followed by a song reference (Smashing Pumpkins' “The End is the Beginning is the End”) that was used in the official trailer for Zach Snyder's Watchmen in 2009. Also fun to note in this superheroes connection: The original version of “The End is the Beginning is the End” — called “The Beginning is the End is the Beginning” — was written for and included in the 1997 film Batman and Robin and its subsequent soundtrack. Am I in harmony with the true nature of reality, aware of the synchronicity that binds the very fabric of the human existence in the material and divine, or am I just drunk? I wish we knew.

Let's keep the good vibes and wins a rollin'! We got the Predators at the AAC tomorrow night, followed by the suddenly fun Arizona Coyotes on Thursday. The weekend presents a significant challenge with the Los Angeles Kings on Saturday in LA, and the Anaheim Ducks on Sunday in Anaheim.

Last week, I promised the fair readers of Forechecking a “The People VS OJ EDM remix,” and I delivered! That delivery was, however, stolen off your porch, as it is now gone — as in, it's not available. Some extraordinarily frustrating technical difficulties took a completed mix and made it vanish into thin air, as I am in the middle of upgrading hardware/switching up software/troubleshooting, and the gremlins of technology have been hard at work to frustrate ya boy. But I do have the artwork here, which I feel pretty much sums up how the mix sounded before it was lost to abyss, fantastic, cobbled and obnoxious.

On that musical note, lets congratulate 1310 the Ticket's Local Show with DJ Mark on their one-year anniversary. It's telling in this day and age that a sports station plays more new tunes than actual music stations anymore, but that's discussion for another concussion. Oh, and it just so happens that the award-winning program's theme song is performed by none other than Forechecking's very own LehtMoJoe. Help defend American values and support in the fight against ISIS by legally downloading it here. 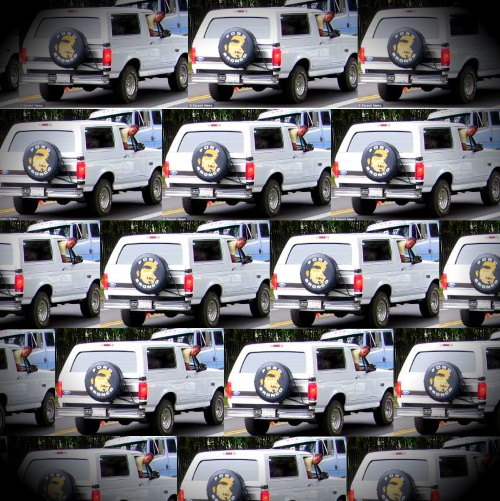