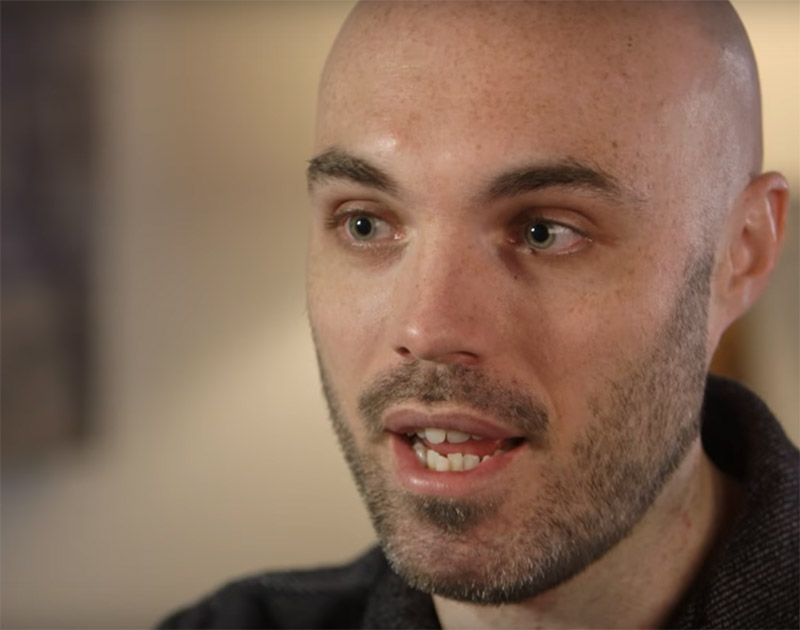 David Lowery Talks Putting His Own Stamp On Pete’s Dragon And Why Dallas Remains His Home.

The last few years have been pretty nuts for Dallas filmmaker David Lowery.

Following his 2013 Sundance hit Ain’t Them Bodies Saints, it seems the whole film-making world opened up to him — in the form of collaboration deals struck with Robert Redford and with Disney alike.

In fact, his latest effort, his non-musical remake of Pete’s Dragon, which hits theaters Friday, features Lowery working alongside both of those big names.

Yeah, Pete’s Dragon represents a major jump up to the big leagues for the local director. So, how does Lowery fare with it? Pretty well, actually! In her review of the film, my CT colleague Angela Jones says that “this Pete’s Dragon has a lot of heart and is likely to elicit many a smile even from audiences unfamiliar with the source material.”

In and of itself, that seems like an impressive accomplishment. Many a director has received an opportunity only to fail. But Lowery, much to his credit, seems to be taking it in stride, understanding the risks of these career steps, while still making sure that even a major tent pole such as this has his fingerprints on it.

Also cool? Even amidst all of the press he’s been doing to promote the film of late, he squeezed in some time to answer some of our questions about how he’s dealing with all of these life and career changes.

What happened the day you got the call you were going to direct Pete’s Dragon?
This is going to sound like I’m name-dropping, but it’s literally what we did right after we got the call: [Producer] Toby Halbrooks and I went over to Casey Affleck’s house, and [we] had a water balloon fight with his kids. It was awesome.

Was your approach to making Pete’s Dragon any different than your approach to making smaller films like St. Nick or Ain’t Them Bodies Saints?
The biggest difference was understanding that this needed to have broader appeal. I could still be subtle, but I couldn’t be willfully obtuse in my approach. This was a movie that needed to appeal to and communicate to very young children, and I had to be open to and embrace the clarity that audience demanded. I don’t mean that in a reductive sense — in fact, I think I’ll carry this lesson forward in all my movies henceforth. I want all my work to appeal to seven-year-olds!

And you worked with some kids this time around, too. How do you work as a director with older actors like Keith Carradine and Robert Redford versus younger actors like Oakes Fegley, the Pete in Pete’s Dragon?
I’ll spend a lot of time talking about things with the adults, whereas with the kids I sorta let things happen without a lot of preparation. Actually, I should probably do that more with the adults, too! The kids don’t have the life experience of actors like Mr. Redford and Mr. Carradine — and neither do I, for that matter. So I approach them with that understanding, and at the same time respect the fact that we’re all here with jobs to do, and my job is to direct them. With the kids, I might be a little bit more direct, but at the same time I really want to learn from them, too. I learn how to see things differently from both sides of the spectrum — the elder statesmen give me a perspective I have yet to gain, and the kids help me see things in a way I may have forgotten.

I imagine filming this one in New Zealand also added to your perspective. What was that like?
It’s the best thing ever. I’m there right now for the New Zealand premiere, and I don’t want to leave.

Obviously, this film is a remake, but what other inspirations did you draw on to make the film, and how did you put your own stamp on it?
I put my own stamp on it simply by making it. I don’t think I can make something that isn’t filtered through my perspective. For inspiration, I looked at a lot of the films I loved as a child, many of which happened to be Disney movies — The Fox and the Hound, The Journey of Natty Gann. I never looked at the original Pete’s Dragon, though.

Speaking of Disney, you’re now signed on to direct Disney’s remake of Peter Pan, too. What excites you about doing that and what terrifies you about doing that?
I’m excited about the prospect of really digging into a story that has meant a lot to me throughout my entire life. All my movies are about not wanting to grow up! But I’m also terrified of messing around with something that is so beloved, and that has been done so many times in the past. We shall see.

You’ve collaborated in the past with other Dallas filmmakers like Shane Carruth and Yen Tan. How do you inspire each other and work together?
My greatest inspiration in life is hearing that a filmmaker I like — whether they be a friend or collaborator or someone I’ve admired from afar — is working on something new.

I think one of the more interesting things about your path is that you’ve mostly stayed based here in Dallas rather than somewhere like Austin or Los Angeles. Why is that important to you?
For me, personally, it’s just being outside of a bubble. I love Austin and I love L.A., and I spend a lot of time in both cities, but neither truly feels like home. I’ve spent the past 14 months in Los Angeles, and the past year before that in New Zealand. This job requires a lot of traveling, which is a luxury. But when I’m not working, I want to be somewhere slightly off the grid, as far as the film industry goes. Dallas also has the benefit of feeling like home, since I’ve lived there most of my life. It’s easy to leave and to come back to, and it has everything I need to stay happy when I’m there.