[Exclusive Premiere] The Happy Alright — “Next 2 Me” 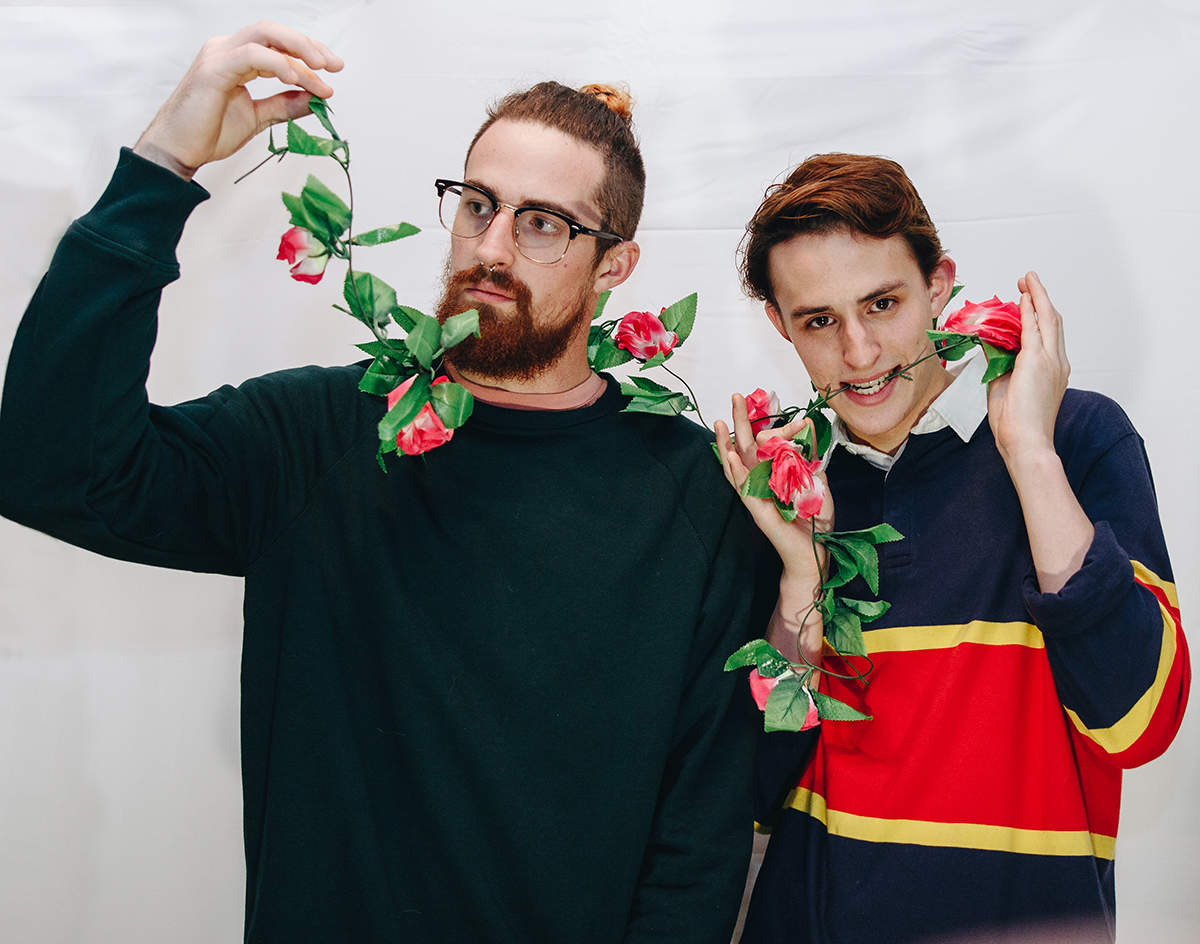 After A Trying Year, The Pop-Punk Duo Is Ready To Bounce Back With A Brand New Song About Long-Distance Relationships In The Age Of Social Media.

The Happy Alright — “Next 2 Me”
RIYL: Getting close.
What Else You Should Know: We recently highlighted a track from The Happy Alright, a band that blends emo, pop-punk and indie rock. Now, the band is back with a brand new song called “Next 2 Me,” and we caught up with guitarist/vocalist Sterling Gavinski to talk about The Happy Alright’s hellish year, social media and to see what’s next.

The band has been rather busy this year. Why is that? Do you just keep writing new songs?
This record was actually written in the summer and fall of 2018, aside from the acoustic track “Lucky 2 Kno U.” We write all the time. I make beats and write lyrics practically every day. Honestly, I just want to keep putting out new and different music as much as possible. That’s what excites us.

Sometimes a band’s sound rarely parallels the bands that directly influenced them. Which bands have you been compared to that are actual influences?
We get compared to so many different bands that aren’t direct influences on us. Maybe it’s cliché to say this in 2019, but we listen to absolutely everything. We just want to make music that we like and that we think is interesting. For instance, “Next 2 Me,” at its core, is a rock song, but I wanted to talk-sing — almost borderline rap one lyric on the track. I don’t see anything wrong with pushing the boundaries of what people accept as a rock song.

What does the band have in store for the rest of this year and 2020?
The only thing we have planned for this year is a hometown show, which we’ll announce soon. In 2020, we plan to tour more than ever and put out way more music.

The band plugged a lot of the new music on Twitter while simultaneously squashing “rumors.” What was that about?
It was mostly a joke for the purpose of getting some social media traction, but it’s based in a little bit of truth. The Happy Alright has gone through hell and back over the last year, and people genuinely started to believe the band had broken up. I’m more than thrilled to squash that rumor and come back from hell victorious with an unreal new record that we are very proud of.

What all can you tell me about this song? Production details, how the song was written, etc.
“Next 2 Me” is about a long-distance relationship at its core, but is largely about the current state of humanity’s relationship with the internet. It’s now completely unoriginal to simply say “social media is bad.” There are so many layers of irony and confusion that it’s really difficult to even pick apart the problem. It just tends to leave people numb and unamused now. That’s really what the song is about — it’s a plea for true connection.

“Next 2 Me” was written with me on bass and Mason on drums, which is very untraditional for us so naturally. It resulted in something that felt fresh and exciting.