Elvis Andrus Is Using “Baby Shark” As His Walk-Up Music. 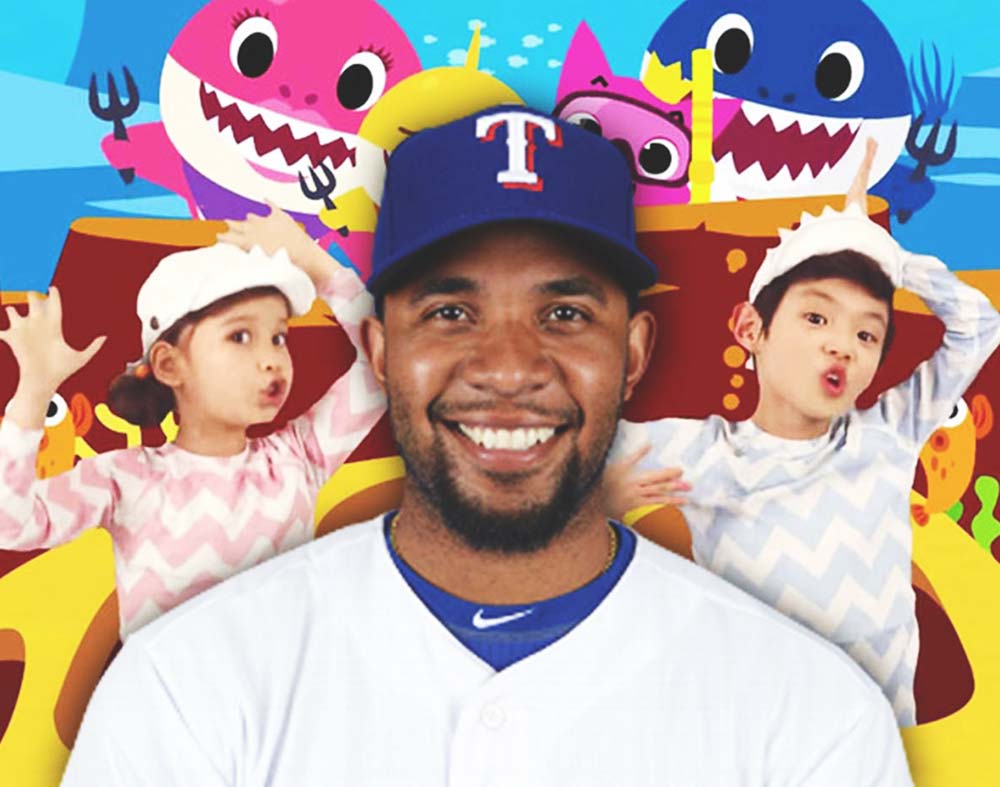 The Texas Rangers Shortstop Is Using His Almost-Two-Year-Old Son’s Favorite Song Before His Plate Appearances. And If He Plays Well, He’ll Keep Doing So.

The 2019 Major League Baseball season is officially upon us. And even with his old pal Adrian Beltre now retried and no longer taking up residency next to him on the diamond, Texas Rangers shortstop Elvis Andrus very much looks like he’ll continue enjoying himself plenty while playing the game this season.

Earlier this week, as the Rangers played out its final spring training games of the year at Globe Life Park in Arlington, the 30-year-old veteran turned heads by starting to use the popular children’s song “Baby Shark” as his most recent walk-up music selection.

In various interviews, Andrus has rather straightforwardly explained his reasoning for picking the insanely infectious track: It’s his almost-two-year-old son Elvis Andrus Jr’s favorite song. Among his peers, Elvis The Second is hardly alone in this sentiment: The song currently boasts more than 2.5 billion views on YouTube.

More than just a fun homage to his offspring, the Dallas Morning News thinks that the song selection might be a genius move on Andrus’ part, as it very well could annoy opposing pitchers.

For his part, the ever-superstitious Andrus told MLB.com this week that he plans on continuing to use the song so long as he plays well. And should his at-the-plate performance start to dip? Then he says he’ll consider changing it.

For the sake of baseball, which is not-so-secretly losing steam with younger sports fans, here’s hoping Andrus has himself the best offensive year of his career in 2019.