For Elm Street Tattoo, 13 Is The Luckiest Number. 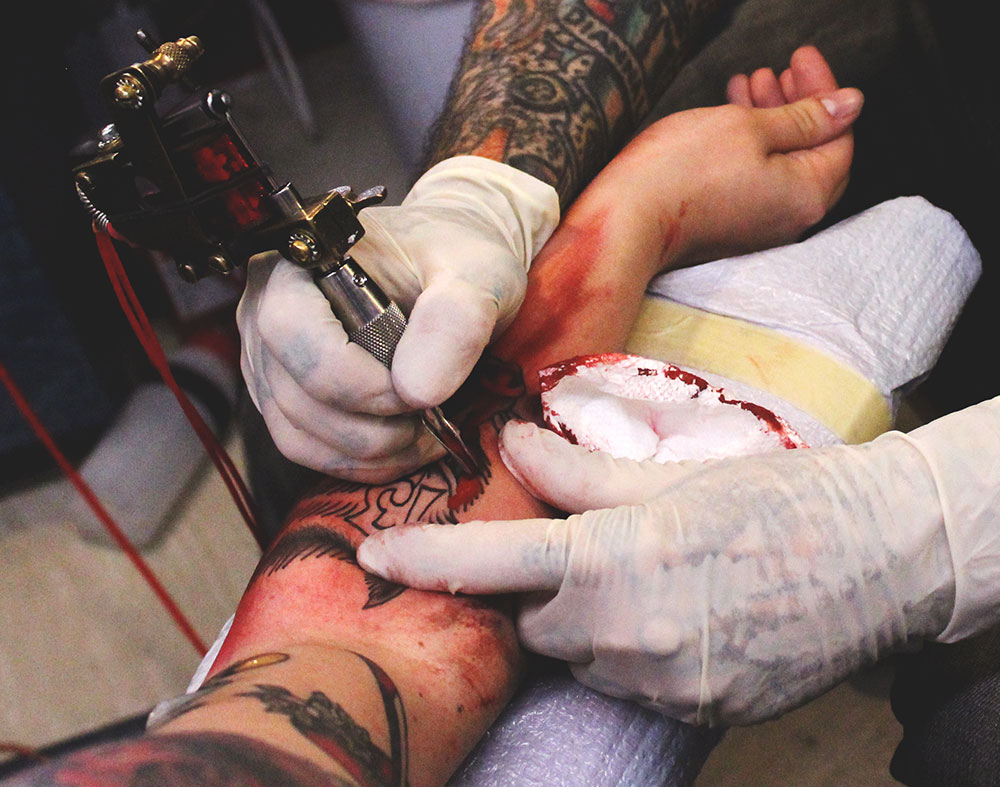 As if Friday the 13th weren’t creepy enough already, it fell this year in the month of October — and right before Halloween.

Creepy superstitions associated with the Friday the 13th date have been around for centuries. But 25 years ago, Friday the 13th earned a whole new meaning thanks to Oliver Peck, owner of Dallas’ Deep Ellum Tattoo. It was then that Peck launched his first-ever 24-hour Friday the 13th tattoo marathon, during which artists spend the whole day tattooing patrons with Friday the 13th-themed ink — pieces of body art that can be chosen from a sheet of options and that run about an inch in size — for just $20 ($13 for the tattoo and a $7 tip for the artist).

At the time, Peck was working at Dallas’ Paradise Tattoo, the first shop he ever worked at and where he learned the skill that quickly became a lifestyle for him. Later, Peck opened Deep Ellum Tattoo in 1996, and continued the tradition there. 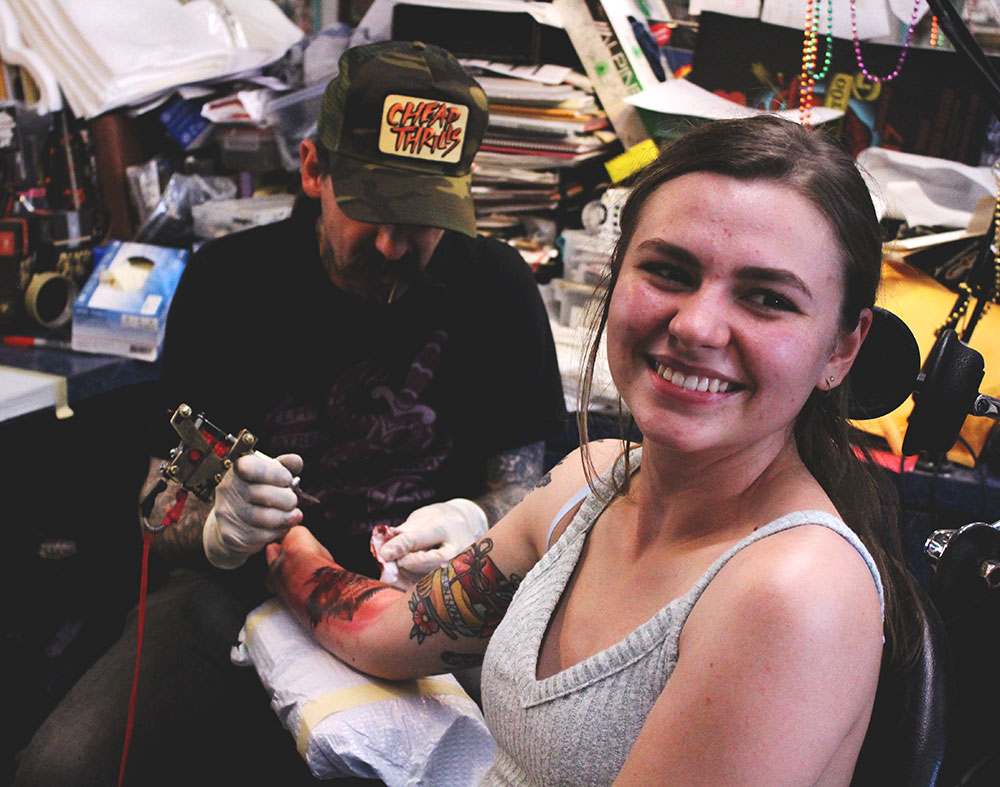 In the years since, other shops across the nation have piggy-backed on the idea — and that’s a legacy that Peck, who can these days be seen as a judge on Spike’s Ink Master when not tattooing in his shop, loves having had a hand in creating.

“Over the past 25 years, we’ve had hundreds of tattoo artists from all over the world come and work it here at this shop and then go back to their own shop and do it [there],” Peck boasted this past Friday, mid-marathon, while inking a colorful wolf with a 13 in its mane on a client named Alyssa Vermillion, whose father Gene watched on and provided moral support.

Outside, dozens of other people were hiding from the sun under a pop-up canopy, waiting for their chance to take Vermillion’s seat or one of the many others inside the shop. Most had been waiting hours, some even coming up on 12 hours straight. 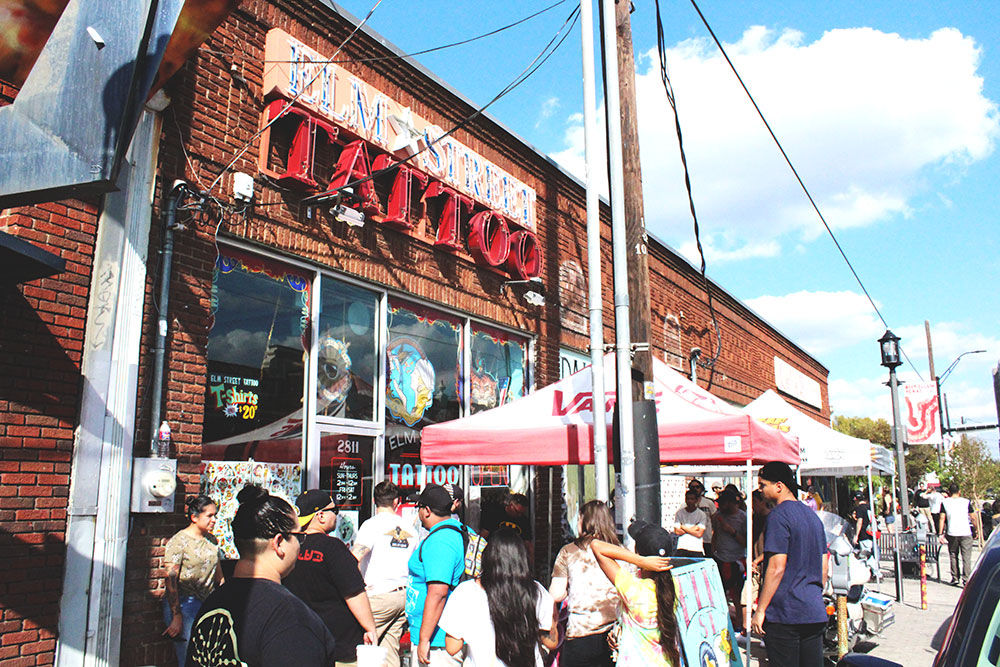 Others planned their sessions more strategically. Joseph Aguirre booked a 9 p.m. Friday appointment as soon as that option became available at 5 p.m. on Thursday. His girlfriend, Karina Lopez, didn’t have that foresight; just to sign up for her appointment, she ended up waiting for more than an hour in a line on Friday that wrapped around the block.

Another client, Gilbert Gomez, had worse luck. He booked his appointment for 3 a.m. on Friday morning, thinking he would be able to make it after going out for the night. Instead, he ended up falling asleep and missed his time slot, forcing him to get back in line. He was disappointed in himself for that move, but that he wasn’t going to let that mistake keep him from participating in this storied Dallas tradition.

Hey, a couple hours of waiting isn’t so bad. It sure beats waiting another six months, anyway. The next Friday the 13th — and the next Elm Street Tattoo marathon session, naturally — doesn’t come around until April 13, 2018. 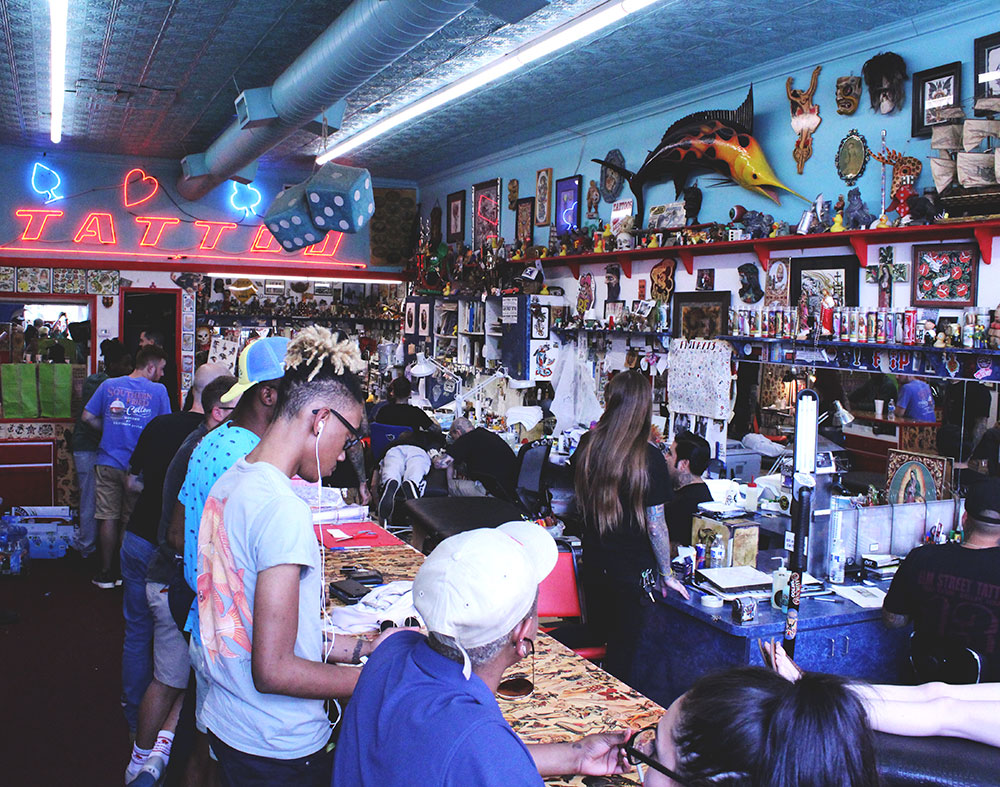