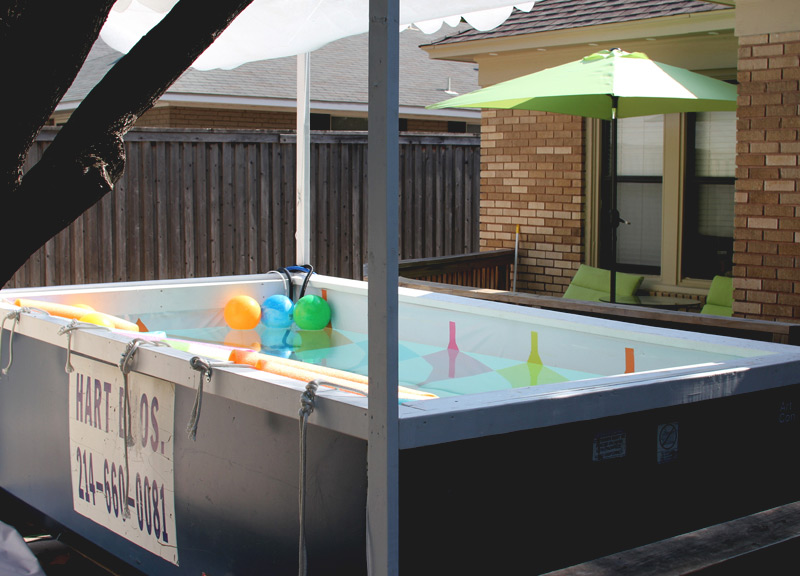 With the heat in the 100s, everyone is wishing they had a pool in their backyard.

So what’s stopping you from installing one? The fact that pools are expensive?

But here’s the thing: Dumpsters aren’t expensive. Not to rent, at least.

So why not make a pool out of a dumpster? As Oak Cliff artists Scott and Nicole Horn realized, it’s a way cooler — and cheaper — option than you might realize.

After last summer’s blistering season, the Horns didn’t want to take any chances. So they decided to get a little creative.

A phone call, a comparatively small amount of cash and a little determination later, and they had their own backyard oasis.

With the help from local contractor and friend Erik Glissmann, of Measured Improvements, the Horns called a local waste management company and rented a dumpster. Once delivered to their backyard, they cleaned the “crazy gross” inside of the rental, lined the dumpster with old carpet and covered the carpet with an old vinyl billboard from their friend Lisa Walter at Banner Theory.

“The liner was the most difficult part,” Glissman says, “In order for it not to stretch and rip once we put the water in, we had to painstakingly spray both the dumpster and liner with a spray adhesive to make sure it properly lined the interior.”

Then Nicole Horn, a painter herself, grabbed some supplies and lathered the outer shell a fresh coat of paint, while leaving visible the dumpster’s logo and stickers. Glissmann and Scott Horn then cut and applied two-by-fours to the outer edges of the dumpster to mimic the edge of a pool, affording the dumpster a more comfortable lean and providing a liner seal to the edges.

Nicole then added a special touch: “Our backyard gets so much direct sunlight, I knew I would want some sort of shade for the pool,” she says. “So I came up with a shade cloud on a pulley system so that we can move the cloud around the pool, wherever we are.”

After the lining, coping, and pulley canopy frame were in place, The Horns where strolling through Walmart when they stumbled across a bunch of colorful pool noodles. The noodles eventually influenced the color palette Nicole used in decorating the interior lining.

The Horns insist it’s an easy feat to pull off.

But, they warn, there is maintenance involved. A pond filter will help keep the water circulating, so the pool doesn’t become an insect graveyard. It’s also worth buying some chemicals to shock the water, just as one would with regular pool maintenance. 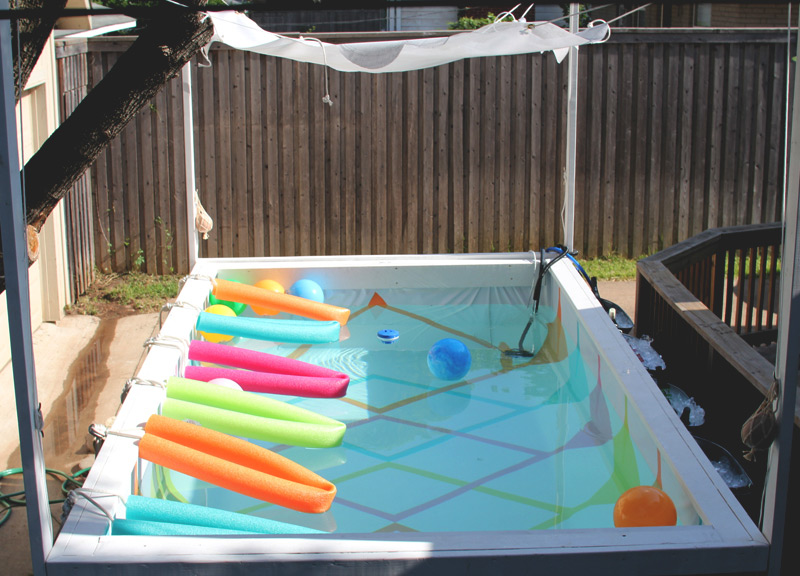 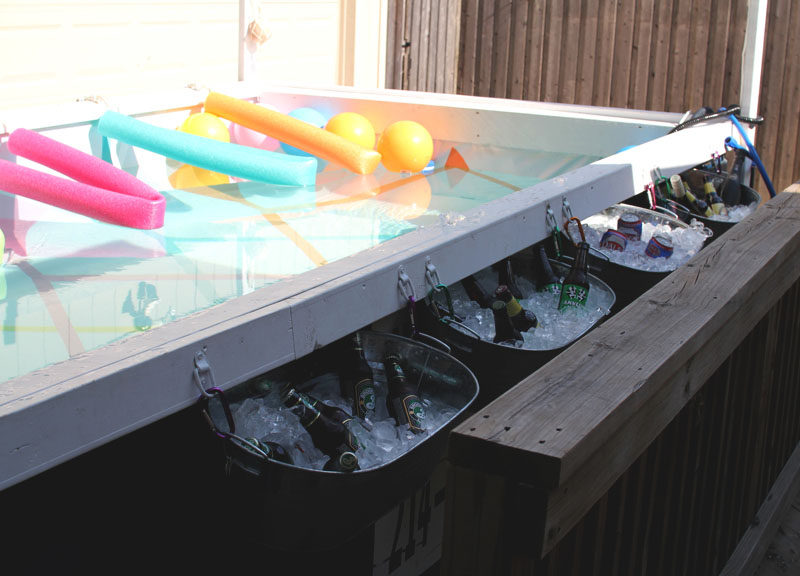 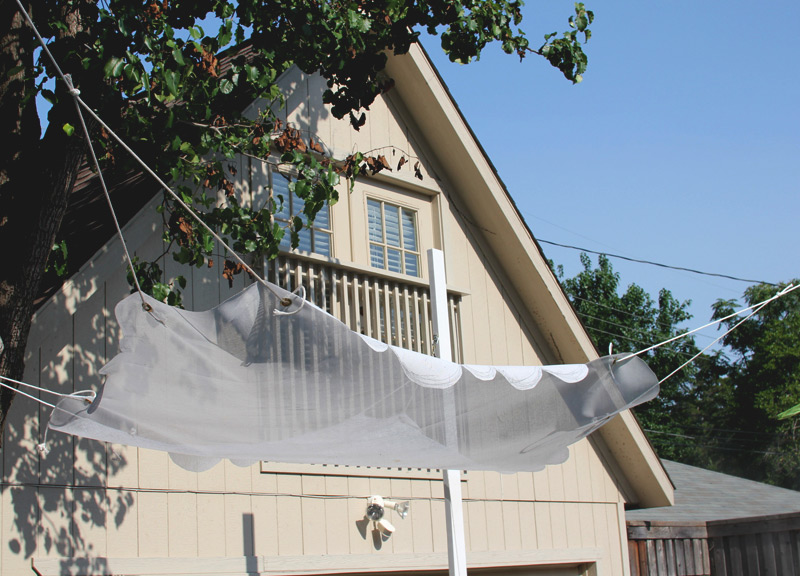 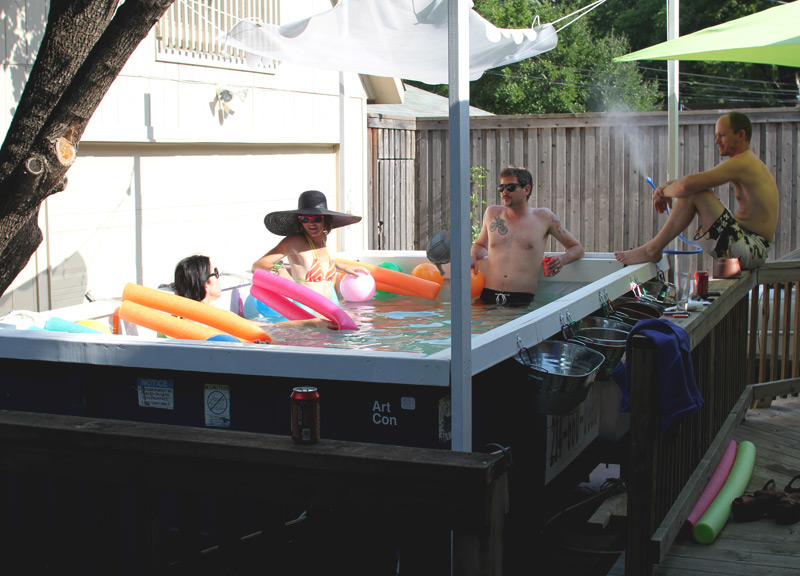 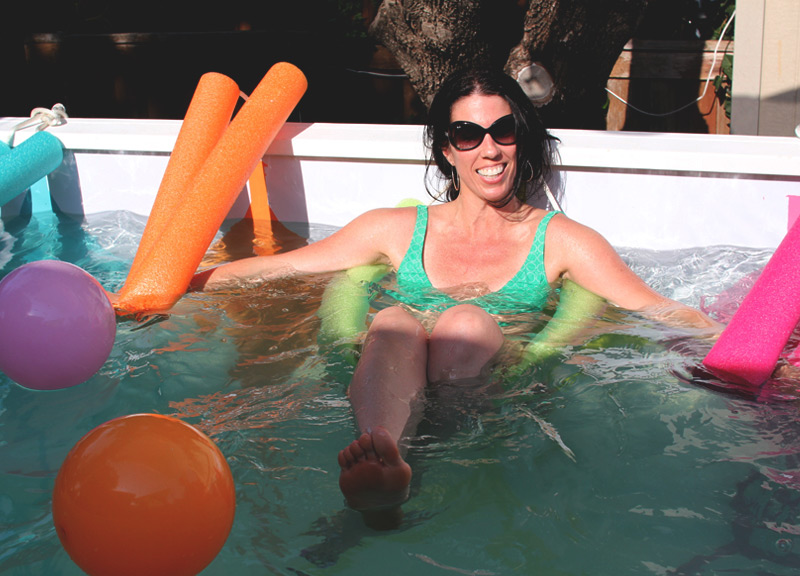 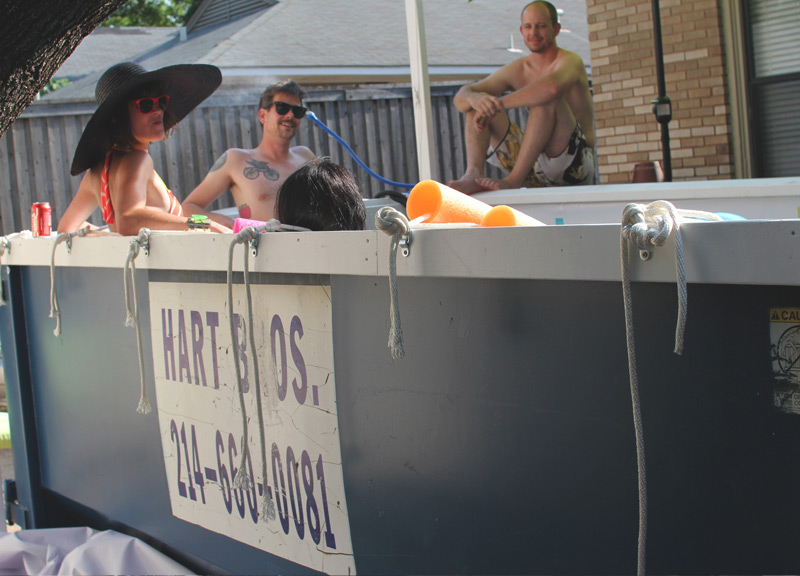