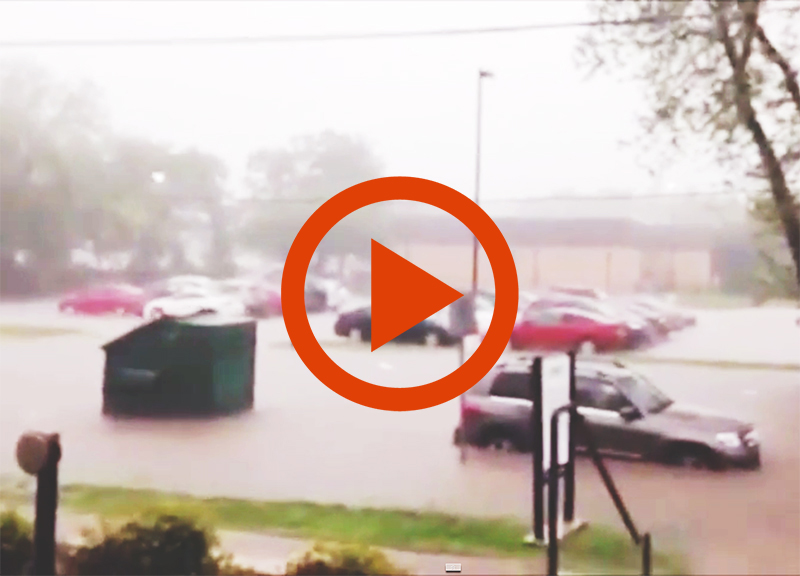 Watch A Floating Dumpster Try, Fail and Eventually Succeed To Make Its Way To Downtown Denton.

Monday’s rain might not have been too bad down here in Dallas. But up Denton way, it poured something fierce, causing flash flooding all around the city.

So high were the flood waters, in fact, that one dumpster near the University of North Texas campus was lifted off of the ground and washed away with the tide right by the intersection of Bernard and Sycamore streets. It made for a pretty funny visual — one shared with WFAA — even if some poor schlub’s car got hit by said dumpster as it made its way down the road.

Now, though, the clip’s been substantially improved. Some genius took the footage, set it to Vanessa Carlton’s “A Thousand Miles” and re-posted the edited clip to Youtube, which you can see below.

This resulting footage is pretty amazing. It’s rather heroic, really: The dumpster will not be denied its journey toward Downtown Denton, no matter the obstacles it might face along the way. In other words: The dumpster is all of us.

So here’s to you, pal. Safe travels.