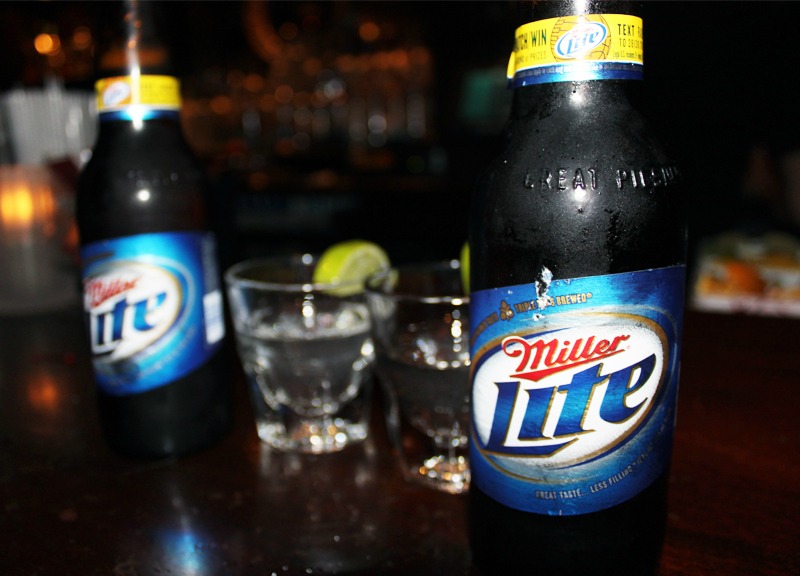 In Which We Send A Group Of Downtowners to McKinney Avenue.

Everyone knows that Dallas is a pretty self-segregated city, and not just racially, but in nightlife, too. So, this week, we decided to attempt something of a social experiment. On Saturday night, we sent a group of Downtown revelers to McKinney Avenue and a group of Uptown party-goers down to Deep Ellum. Below, read about one of our writers' experiences along McKinney. Read the experiences of our Uptown girl in Deep Ellum here..

I was born and raised in Dallas and I'm lover of all things D-Town related, a defender of the Dallas Cowboys and a supporter of big hair. I even don a huge Big Tex tattoo and Texas flag on my right arm.

That being said, I'll admit that I have talked more crap over the years about Uptown than TMZ has about Lindsay Lohan.

It's the old tripe, and if you know anything about Dallas, you've heard it all before.

“It's nothing but douchebag, rich kids.”

“Why would I want to hang out with all those snobby, collar-popping fraternity boys and their stiletto-sporting sorority sisters?”

As somewhat of an experiment, a friend and I decided to trade our normal Saturday night Deep Ellum hopping to and from The Double Wide, The Black Swan and La Grange for an adventure just 2.3 short miles away.

Yes, we ventured into Uptown.

To be completely honest, yes, I went into the night planning to prove all of my theories correct. I expected to be run out of some bar for having too many tattoos or for trying to order a can of PBR and a shot of well whiskey.

Turns out I was mostly wrong.

The night began with a wait — a “No way are we waiting in line to get into a bar!” wait. No one else seemed to mind. When I asked the nicely dressed dude behind me why he came here to our first stop, Sfuzzi, and why he was ok with waiting in a line like this, he just shrugged.

“Why does anyone go anywhere?” he asked, rhetorically. “I don't know. Well, I actually do know but I am not at liberty to say. I don't want to be bartered for it.”

Say what now? What does that even mean? So, yes, for a second, my theories seemed spot-on. That guy was kind of a doucher. He and his friend just stood there for just a couple more seconds, then they mumbled something to one another and left the line. it was as if I'd just brought to their attention that they actually had options and didn't have to wait.

Now this is funny: Because we're girls, we got to skip up to the front of the line. It felt a little weird and sexist.

Once inside, we ordered two Miller Lites and two shots of well tequila. That first round cost us $24. Yes, 24, which is to say more than double what I'm used to paying down in Deep Ellum. Whatever.

Another thing I quickly noticed at Sfuzzi — and something that stayed pretty consistent with all the bars we visited throughout the night — was all the gawkers everywhere. Tall, handsome, 25- to 30-something-year-old dudes just standing around staring at all the girls and guys around them. Well, mostly, they were just staring at the girls. But their gazes did accidentally cross from time to time and, when that happened, it was almost uniformly hilarious.

Such is the scene at a meat market, I guess. The good news, though, is that no one seems to mind being pestered with questions in such a scenario. So I asked: “What brings you here tonight?”

Here's what I heard:

“It's my friends birthday.”

“I'm house sitting a block away.”

“My friend made me.”

Also, more “birthdays” and a general lack of knowing.

Something of note: Not one person said “Oh, this is my favorite bar in Dallas!” or “I live around the corner and hang out here all the time!”

It's almost as if Uptown is a vacation spot — a go-to for birthdays, bachelorette parties, gawkers and out-of-towners. Everyone here just appears to be looking for the same few things: alcohol, music and someone to take home.

Which, really, isn't all that different from what I've experienced in Deep Ellum, Lower Greenville and East Dallas, If you're going out in Dallas on a Saturday night, you're pretty much looking for the same thing no matter where you go. I just feel like the non-Uptown set hides it a little better and interacts with one other in a different way. Maybe we're just a little more sly with our intentions? We don't gawk, we don't shove our way through each other and we generally don't wear items that were purchased in the sporting goods section of Bass Pro Shop.

But we do drink and dance and cross our sweet little fingers that, by 2 a.m., someone will find us charming enough to invite us back to the after-party.

Still, I'll say this: We had a great time in Uptown. We didn't meet one mean sorority girl. Not a single one! That might be because we didn't really speak with a single girl the entire night. But, hey, we had our last three rounds of drinks purchased for us. Plus, we met some nice boys and got some great pictures.

No, I'm not saying Uptown will be my new hangout spot or anything, but I guess if my friend decides to have their next birthday party there or they're house-sitting and invite me out, I'll come.

Really. I will! And, once again, I will thoroughly indulge in all the vices as if I am never coming back to that place again. Even though I probably will. 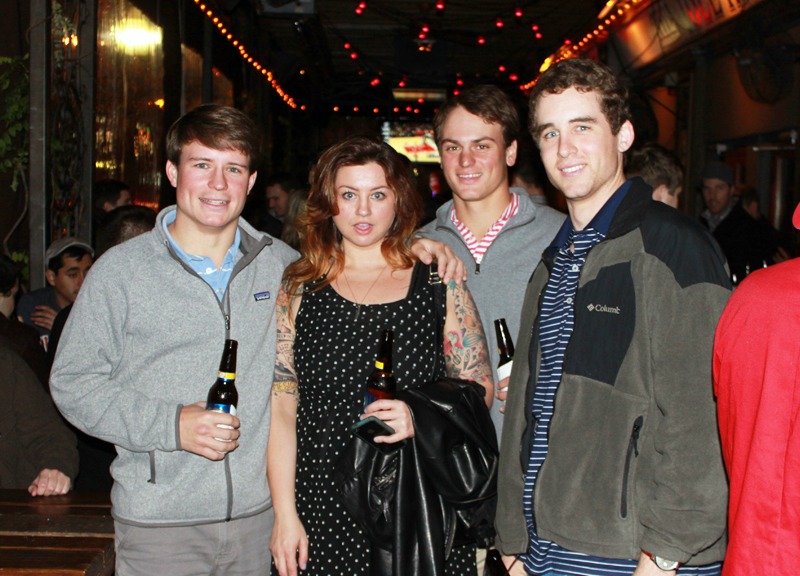