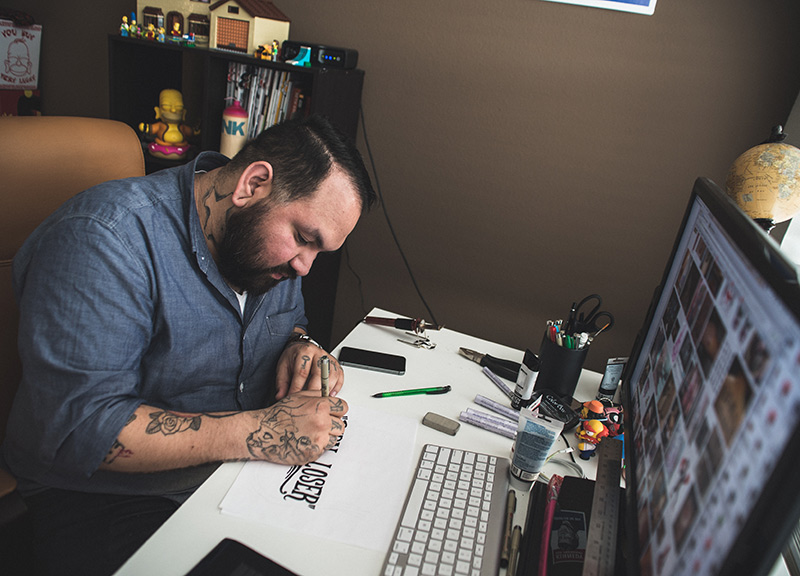 Nick Quintero Used To Be A Rapper. Now He Wants To Be Your Favorite Rappers’ Graphic Designer.

Nick Quintero has a lot of opinions about art. And he’s earned that right, even if the 30-year-old graphic artist‘s career didn’t start with a pencil and paper.

“I actually used to be a musician,” Quintero says, almost wistfully. “I did hip-hop music back in the day.”

If he sounds a little nostalgic, he has reason to: Tomorrow night at Capital L Arts and Entertainment in Deep Ellum (2538 Elm Street), Quintero will be showcasing a different side of his creativity entirely with the opening of “Whiskey, Women, Weathered,” his very first solo exhibition as a visual artist. The show, will include the hand-drawn type, pyrography and screen prints that now so fill Quintero’s world. 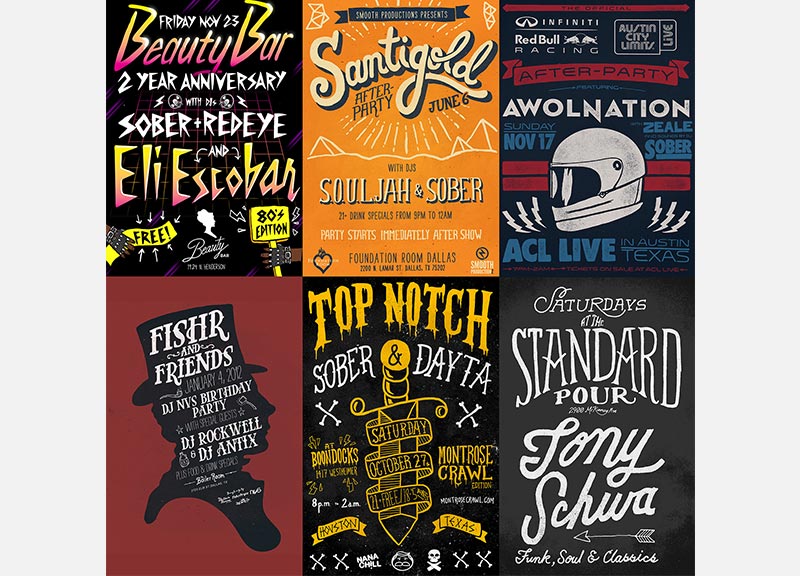 It’s a world that’s still new to the artist, however. Back in the days when b-boy and rap battles weren’t relics you found casually browsing YouTube, you could find Quintero performing locally and touring nationally as Mes the Jive Turkey, a member of the rap group Jive Turkeys.

“What’s funny is, when I was trying to do graffiti at 16, Mes was the name I chose because of the letters,” Quintero says now. “I don’t have those letters in my name.”

As Mes the Jive Turkey, Quintero was signed to Self Core Records, a satellite label of Rhymesayers label run by hip-hop legend Mr. Dibbs. His music was a product of the mid-2000s emotionally-charged, damaged goods sound — one that wasn’t all that dissimilar from acts such as Atmosphere and Murs.

“Back then, people called it emo rap,” Quintero says. “It was very personal. It was real. Everything was about my experiences.”

Even though he hasn’t made music since 2009, it was his music career that eventually led him to graphic design. Out of a need for merchandise while on tour, Quintero took matters into his own hands and made his own album art, T-shirts and posters. Fortunately for him, he ended up being really good at it. These days, his hand-drawn typography is his claim to fame, getting him work designing gig posters for such local performers as DJ Sober, Tony Schwa and Fishr Pryce, as well as national touring musicians including Santigold and AWOLNATION. 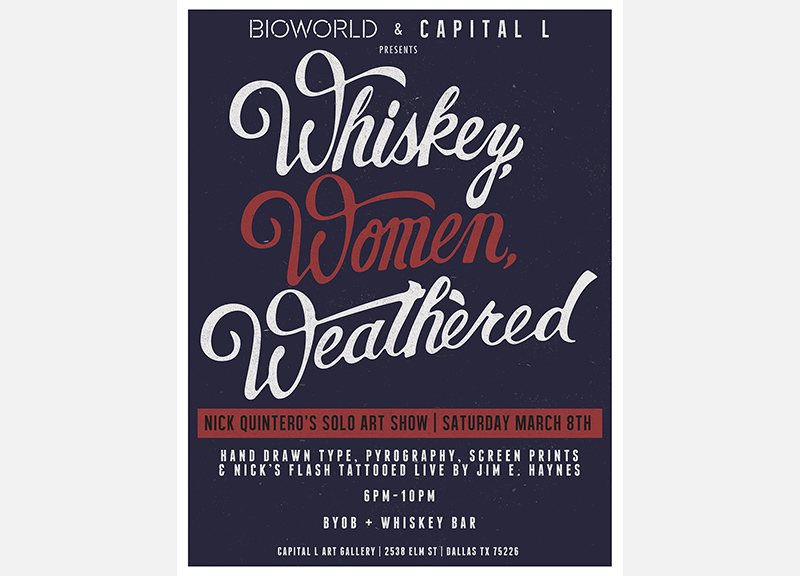 “My style is very traditional, vintage, hand-drawn type and text,” Quintero says. “I’d probably say my style is rough around the edges. It gives it some type of charm. It’s cool, and flawed and more raw.”

Quintero is influenced by other artists such as Adam Garcia and Jon Contino, but, even with that part of him now a thing of a past, music remains an important player in his art. Quintero also claims to draw inspiration from some personal favorites of his, including The Black Keys, Gary Clark Jr. and 2 Chainz.

“When I’m in crunch mode, that’s definitely when I get more ratchet,” the artist says with a laugh.

And, to be fair, the old emcee and b-boy in him isn’t completely gone. The love of the game, after all, helped to get him where he is today.

“One of my biggest hip-hop influences in general is the art of the battle,” Quintero says. “When I was making music, Jive Turkeys was a b-boy crew. You got to flex and show off. There was this showmanship and overall appreciation from the crowd for the talent. It’s definitely a lost art form.”

Even so, hanging up the mic ended up being a fine career move for Quintero. In addition to show fliers, he also spends his day designing licensed work for area apparel firm Bioworld.

“I hope people see my overall vision,” Quintero says of his show, which he very much sees as a coming out party for this second phase in his creative career path. “I want this to be an opportunity to see what I do. I want [my art] to be a career. I want to be good enough at it where people recognize my style. I want people to come to me to let me do what I can do for them.”

“Whiskey, Women, Weathered” runs from 6 to 10 p.m. on Saturday. It is a BYOB event. Photos of Quintero by Addiel Guevara.