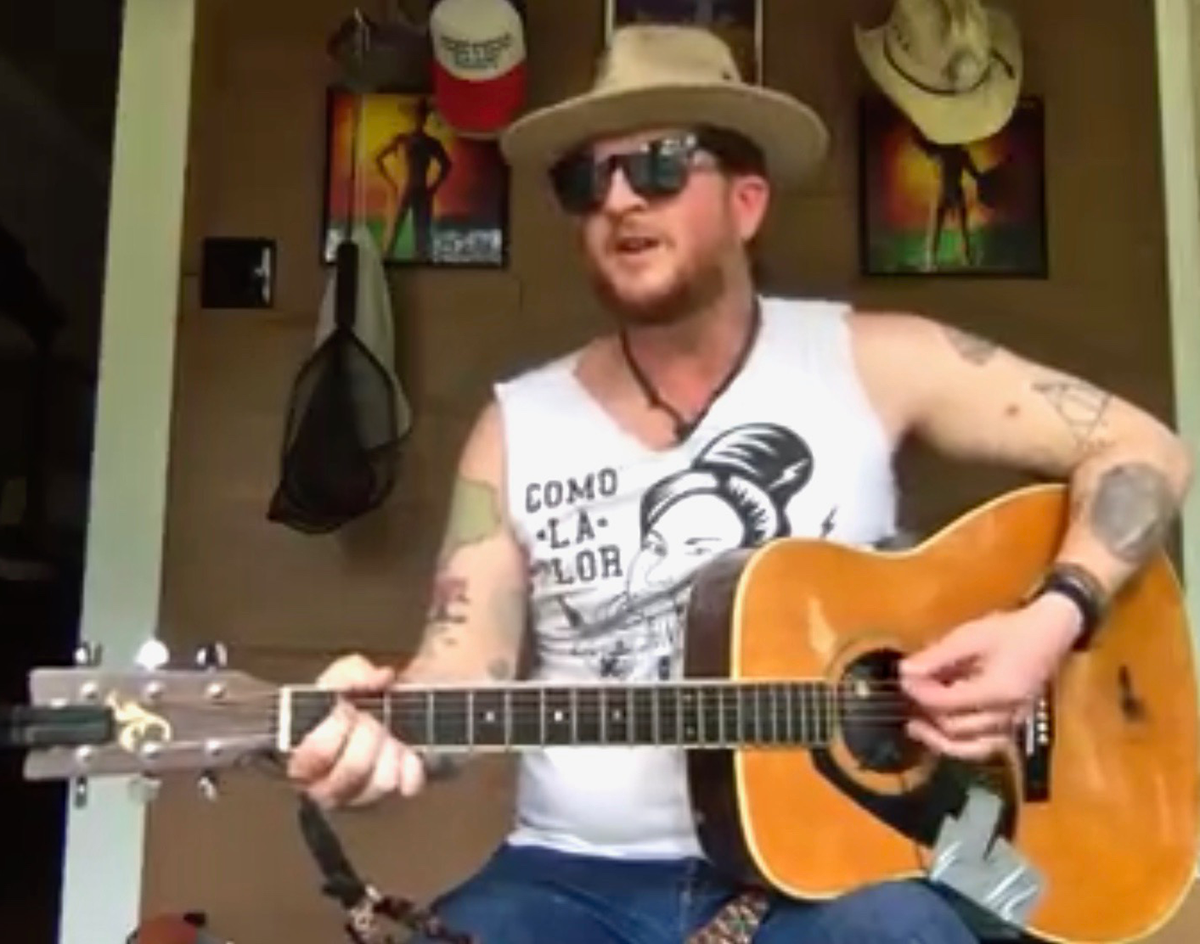 After Being Furloughed From His Day Job, Cory Coleman Found Inspiration To Pick Up His Guitar Again Through Giving A Voice To Small Businesses.

Cory Coleman has been working as a musician in North Texas for nearly 15 years, but after being exhausted of inspiration, he put his music career on ice a couple years ago. Now, he’s dropping daily jingles for small businesses in North Texas affected by COVID-19.

The solo Americana singer-songwriter and member of bands Hares on the Mountain and A.M. Ramblers first crafted a jingle for Ten : One Artisan Cheese in Denton back in 2018, but it never made it out of the archives until he found himself singing it in the shower last month.

“I was thinking about all the posts I had been seeing about local businesses going under or desperately needing help to get by,” Coleman says. “So I decided to record [the Ten : One jingle] and put it out on Facebook to maybe drum up thoughts in people’s heads about delicious cheese and get them to go buy some.”

What Coleman didn’t anticipate was a snowballing of jingles that would come from it. Soon after the debut of his cheese track, Coleman was writing one for his friend Bobby Mullins, who owns Armadillo Ale Works, a craft brewery on the outskirts of Downtown Denton, which led to now-lengthy catalog.

He even wrote a tune to congratulate Denton activist Willie Hudspeth on his success in getting the Confederate statue removed from the Downtown Denton Square.

Coleman, who is now a full-time small business owner himself after being furloughed from his day job in early April, recognized an opportunity for his own way of giving back while money is tight.

“I’m currently on unemployment, which I am very thankful for, but it’s not going to last and is barely enough to keep things straight,” he says. “It has been stressful, but I am trying to stay positive and find the good in anything that comes our way.”

He doesn’t charge businesses for jingles and allows them to choose what they want to do with it on their own accord, if choose to do anything at all. Some of the many local businesses he has lended his quick, catchy melodies to include Denton institutions like Beth Marie’s Ice Cream, New York Sub-Hub and Thai Ocha.

“It gave me new inspiration and purpose to pick up my guitar and write music again in one way or another, [and] It has been helpful for my own mental health,” Coleman says. “If anyone knows anyone that’s looking for a jingle writer, call me!”