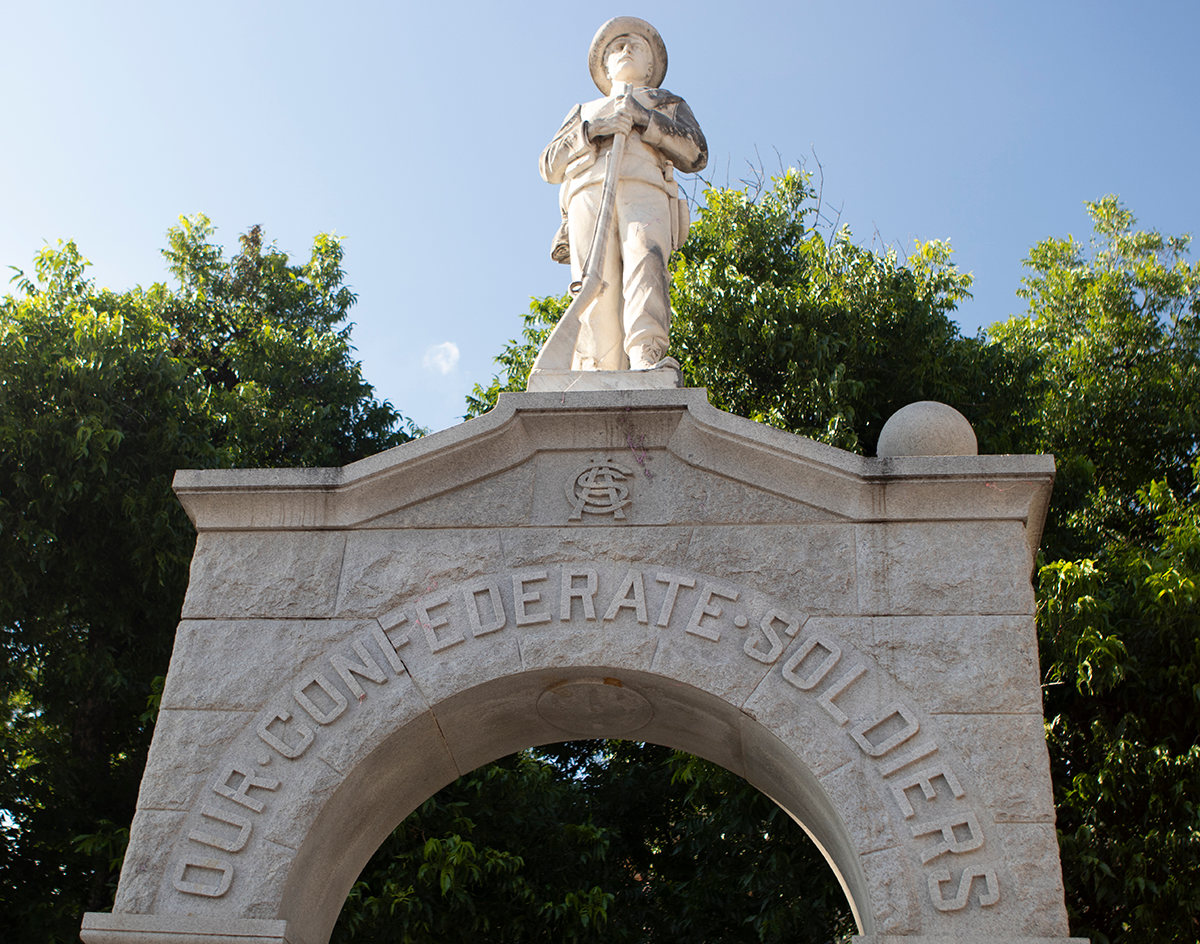 Update as of 1:55 p.m. on June 9: After a unanimous vote by Denton County Commissioners, the application for removal and relocation of the statue has been approved.

The figure, which has sat at the foot of the Downtown Denton Square since 1918, has been protested by Denton activist Willie Hudspeth for decades. Now, as millions of people across the world have engaged in ongoing protests for racial equality in the wake of police killing a Minneapolis man named George Floyd, calls for removal of the statue have understandably been revisited. A formal vote by commissioners is expected later today.

The move comes after monuments across the country have been removed amid continued racial injustice protests, and after Dallas’ 2017 removal of the Robert E. Lee statue from its then-namesake park, now called Emancipation Park.

Recent protests have called for the total removal of the monument, as it remains a symbol for the racism during the American Civil War. Eads said the commissioners court plans to send a form to state antiquities for relocation of the statue, claiming that relocation would be best for preserving public safety and history, according to the Denton Record-Chronicle.

Never mind its obvious symbolism for racism, we guess!

Historically, the monument was funded by the Daughters of the Confederacy to remember the soldiers who fought for the Confederacy. Even within this context, it is not protected from removal.

In 2017, the Denton County Confederate Memorial Advisory Committee was formed to oversee the future of the monument. In 2018, a 12-3 vote was made to keep the monument and add historical context that would be in the form of a plaque and kiosks that would denounce slavery. No such projects was ever installed, however.

Although relocation is planned, there’s no word yet on when or where the monument will be moved.