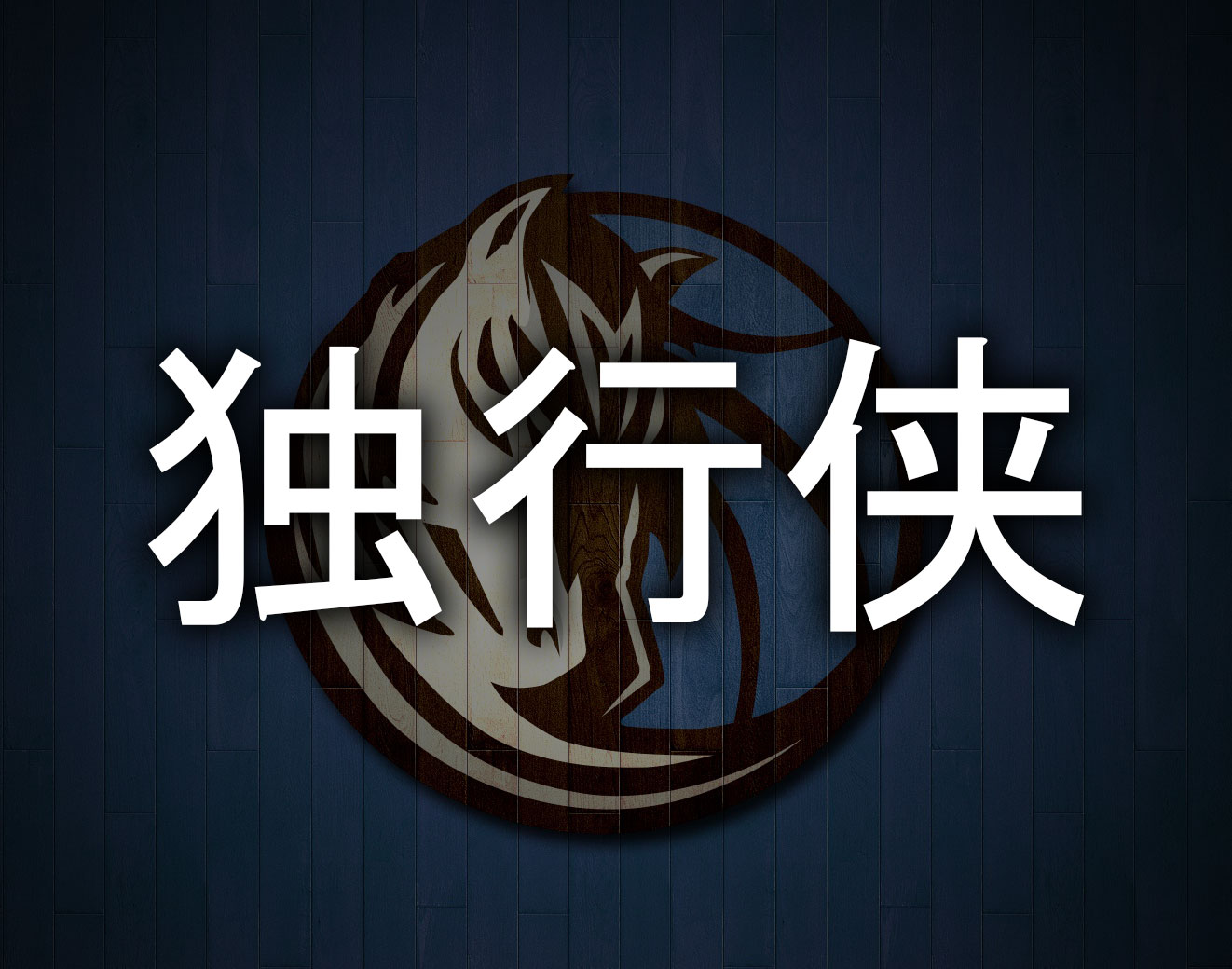 For Almost 20 Years, The Chinese Translation Of “Mavericks” Has Been “Little Cows,” And That Just Didn’t Sit Quite Right With Mark Cuban.

For almost two decades, the Dallas Mavericks were known in China as the Dallas Little Cows. Now that’s all going to change.

Yesterday, the organization announced that, following a four-month-long search, the team’s official name in China will now be the Dallas Lone Ranger Heroes.

The team settled on its new identity after putting out a call for name suggestions on the Chinese social network Weibo in September. That request elicited more than 50,000 comments from which the organization narrowed the final options down to three: 独行侠 (“Lone Ranger Heroes”), 烈驹 (“Fierce Colts”) and 狂马 (“Wild Horses”. After a final round — and some 100,000 fan votes — fans decided upon 独行侠 (“Lone Ranger Heroes”) as the team’s new name.

In an interview on Weibo, Mavericks owner Mark Cuban explained that the motivation behind the contest was that he wasn’t happy with the translation, which he felt did not accurately encompass the Maverick spirit.

“Being a maverick is being strong,” Cuban said during that interview. “It’s being innovative, it’s being forceful and it’s being a winner. We’re open to all ideas — but we really want to send a message with our new Chinese name that we’re winners, we’re powerful and we’re strong.”

It makes sense that the Mavs would want to be branded better in China. The Mavericks became the first NBA franchise to sign a Chinese player when it drafted Wang Zhizhi in the 1999 NBA draft, and the organization remains one of the most active franchises in the Chinese market to this day. This summer, the Mavs flirted with signing another Chinese star to its roster after Ding Yanyuhang shined on its Summer League team.

“This is the beginning of a new chapter in the Mavericks’ long legacy in China,” Cuban said in a Wednesday night statement further detailing the decision. “With this Chinese name change, we’ve made history by giving our Chinese-speaking fans the opportunity to redefine our identity. I think that fans will be proud of this new name.”