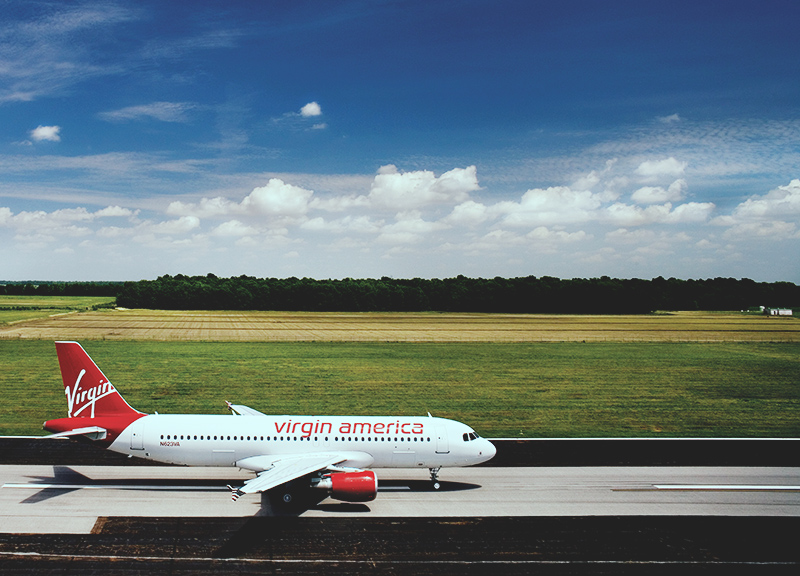 This Week, Various Overreactions Kicked Dallas While It Was Down.

Don't Fly With Me: Well, this is disheartening for many reasons. Dallas plan commissioner Bobby Abtahi wasn't allowed to board a Virgin America flight from LaGuardia to DFW because the captain and crew weren't “comfortable” with him coming on board. Yes, Abtahi is Iranian-American, and Virgin America later apologized and said it was all a misunderstanding — but how on earth is this sort of thing still happening? Racism or not, this is a load of discriminatory bullshit, especially when the captain didn't provide an actual reason for not allowing Abtahi to board. Having flown Virgin America, it's a much better experience than American – which flew Abtahi home instead – so I reckon this is just some terrible decision-making on the part of this particular crew, instead of a systemic issue. Minus 3.

Wild Idea: The Wild Detectives is one of Oak Cliff's best spots, a bookstore, coffeehouse and bar near the Bishop Arts District. Now, in an effort to make us all more civilized, the owners have started shutting off its free WiFi on Friday nights and not turning it back on until opening on Monday. Sure, most people still have a decent amount of data on their smartphones, but it's a good step toward getting us reconnected. Plus 2.

Carolina Choke: Shortly before the final minutes of the Cowboys getting absolutely barbecued by Cam Newton, visiting Carolina Panthers fan John Small was asked to leave for being disruptive. He wasn't eager to comply — because, when people ask you to leave without giving you a good reason, you probably aren't willing to do that, especially when the game’s almost over. Then security ended up placing him in a chokehold. Look, this guy was probably a little unruly and being an obnoxious fan for the opposing team. There are plenty of those guys around. But there's never, ever a reason to put someone in a chokehold, at least outside of the Octagon. He wasn't a danger to anybody, so this is definitely an overreaction by AT&T Stadium security, which needs to take a step back and re-evaluate its protocol for ejecting somebody. Minus 2.

Shipbuilding: In July, many were disappointed at the announcement that Greenville Avenue dive Ships Lounge was possibly closing for good and definitely at least going away on an indefinite hiatus after some 65 years in business. Then, earlier this week, there was reason to rejoice as Jason Boso, the dude behind Twisted Root and Truck Yard, announced his intentions to buy the place and give it only a minimal facelift while also upgrading the wine list and, for the first time ever, accepting credit cards. But the wind blew out of that sail quickly: Just yesterday, news broke that the Lower Greenville Neighborhood Association was looking to block Boso's specific use permit application that would allow the bar to stay open past midnight. Now, Boso's not sure he wants to stay in the game. And we can't really blame him: Boso's a respected businessman; Ships was never a “problem” bar; and, just a few months ago, no one seemed to mind that the beloved dive was able to stay open until 2 a.m. So what's changed now? Is this simply a show of unnecessary flexing from some power-hungry people who knowingly moved into an entertainment district and have inconveniently forgotten what drew them to that area in the first place? Can anyone prove it's not? Minus 2.

Buc the System: In keeping with tradition, Denton is getting another awesome thing now that I've moved away. This time, it's a Buc-ee’s. This is good news if you need a pit stop on your way to Oklahoma. But it's also kind of bad news if you’re a resident of Denton, because you’re going to help pay for it. Founder Arch “Beaver” Aplin III said he wouldn’t build a new location at the site along I-35E without incentives, and that’s just what he got when the City Council voted 5-2 to give the company around $8 million in sales tax reimbursements. Like sports arenas, I'm not a big fan of the public paying for successful enterprises to start or continue in a major city. But, come 2018, I-35 will allegedly have its improvements completed, and you’ll be able to get your Beaver Nuggets and ginormous soda to make your sitting in traffic a little more bearable. Plus 1.

Driving Back the Darkness: A week after a bunch of armed yahoos protested outside an Irving mosque and then took their dangerous antics to new heights by publishing the home addresses of local Muslims, around 200 people showed up in solidarity Sunday, welcoming their neighbors and treating them with respect — y'know, like you do if you're a decent human being. It's not quite enough to “restore my faith in humanity,” but this is a step in the right direction. Here's a helpful tip: If you see people harassing your neighbors, don't let them keep doing that. If they threaten you, come back with more people and let them know you won't be intimidated. It doesn't matter our race, gender identity or religion; we're all people. And people don't deserve to be harassed for any reason. It's almost as if there's a rule about this. Maybe one that's golden? Plus 3.

Rain, Rain Go Away: Well, it's official. North Texas had its wettest year ever on record this year. On the one hand, it essentially ended our drought conditions and may have killed the proposed Trinity River toll road. On the other, this was frequently awful, since we didn’t get a nice, even amount of rain throughout the year. Instead, we got feet of rain in a matter of days, then went weeks without a drop. Flash flooding was commonplace throughout the year. The most recent round of storms knocked out power, spilled sewage into the streets, and even claimed the life of a former co-worker of mine. So, no thanks, El Niño. You can keep your rainfall. If it's this or being bone-dry most of the year, I'll take the heat. Minus 4.