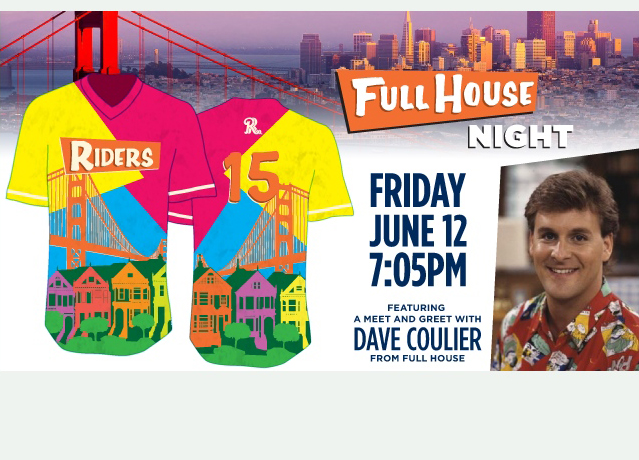 The Frisco RoughRiders are stepping up their promo game big time heading into the minor league baseball team's 13th season, which begins on Thursday, April 9.

For instance? The Texas Rangers' AA affiliate will rock a new Teddy Roosevelt-themed logo, uniform and color scheme this season. Also new this year? Every home Thursday game (starting with April 9's Opening Day contest against the Arkansas Travelers) will be officially rebranded as Groovy Grubesday in honor of former 1310 The Ticket board-op/current Dallas Stars music director Michael Gruber, who will serve as the team's official “Ambassador of Fun” for the team. Those who join Sweet Grubes to turn up on Thursdays will be privy to another new promotion that'll net them four tickets, soft drinks and hot dogs for just $44 total.

You still want more RoughRiders promo news? You got it, dude! Earlier today, the team announced that its June 12 game would officially be “Full House” night, in which the team will wear jerseys that pay homage to the '90s sitcom. Better still: Dave Coulier, who played Uncle Joey on the show, will be at the park for a meet-and-greet.