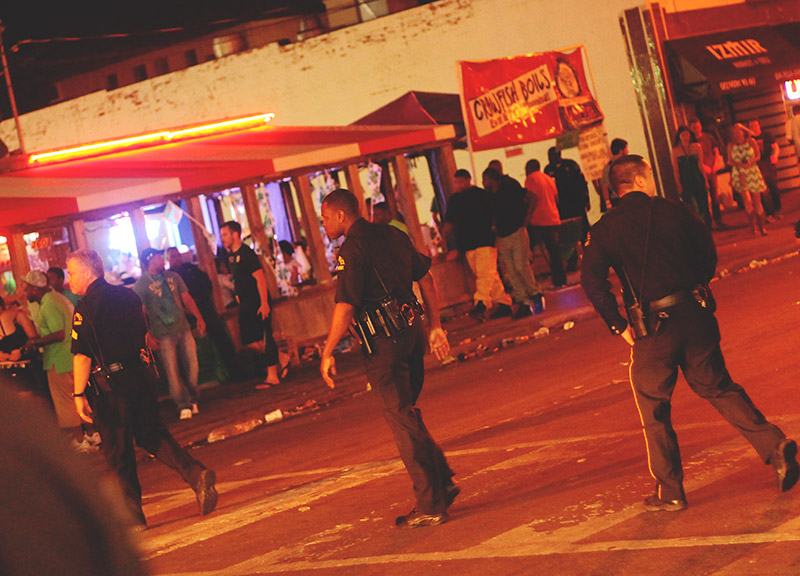 Thanks, Dallas Police Department. You Were Awesome Yesterday.

How are you feeling today? Pretty worn and tired?

I’d imagine so. All day and night long, you were camped out along Greenville Avenue yesterday, supervising the always sloppy scene of Dallas’ St. Patrick’s Day celebrations. And throughout it all, you were total troopers about the whole thing, both figuratively and literally.

No kidding, you guys deserve a round of applause — a standing ovation, even. Because, from where I was standing, you were pretty damn perfect yesterday.

Listen: People are pretty split on the whole Greenville-Avenue-as-Bourbon-Street masquerade that goes down in this part of town every year — and they should be. It’s a total shit show. The counter-argument: It’s our shit show. If people want one day a year to just go nuts and support the Lower Greenville bar scene, they should have it, and anyone who doesn’t like it can hang out elsewhere for a day; Dallas is a big city, and there are plenty of other options.

What impressed me so much yesterday was how well you guys seemed to understand the unstoppable force that is this annual tradition, and, better yet, how cool you were with it. There were times throughout the course of the day on Saturday when Lower Greenville looked more like Fallujah than a place that’s about to get a Trader Joe’s, but never once did I see any of y’all take anyone away in cuffs. I’m sure that, over the course of the day, you did. But you really didn’t have to; there were people everywhere stumbling about and acting a fool, but none of them were causing any serious harm. And, for what seemed to be the most part, you got that.

Surely, there’s an explanation for this. Strategically, it’s almost certainly a better move to play contain against a situation like this than it would be to try to deny it. I’m sure it was some sort of top-down order that told you guys to tell people to “just take it a little easy,” as I heard one of you tell a group that was acting particularly rowdy. I doubt it was street officer mutiny.

Either way, I don’t really care. Point is, far as I saw, you guys were super cool all day long. You were alert, you were smiling and you were there to help if people needed you. And that’s it.

God bless you guys for that. 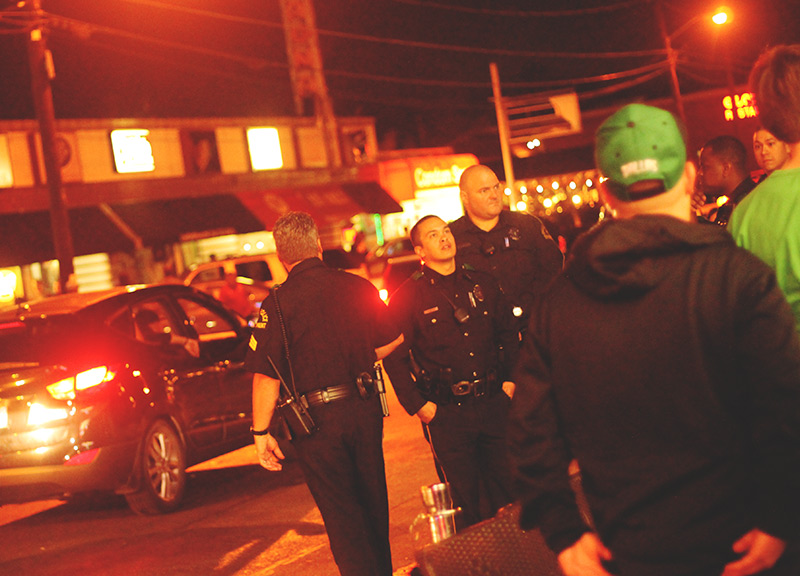 I walked up to a couple of you officers at one point to tell you this. You were standing at an intersection, just surveying the scene, making sure people were keeping an eye on traffic before they crossed the street and making sure those who were stumbling were at least stumbling in the direction of home.

You guys just smiled. One of you shrugged. None of you said anything of note in return. You just kept on looking around, doing your job — and, in this case, doing so minimally, as was appropriate.

It was a cool moment. The reaction I got from you guys gave me the impression that you’d heard this same kind of verbal appreciation from others throughout the day, which is great.

So I’ll say it one more time, emphatically: Thanks. You all were awesome yesterday. You really were.

Rest up today if you need to. You’ve earned it.

Thanks again,
The Central Track Staff