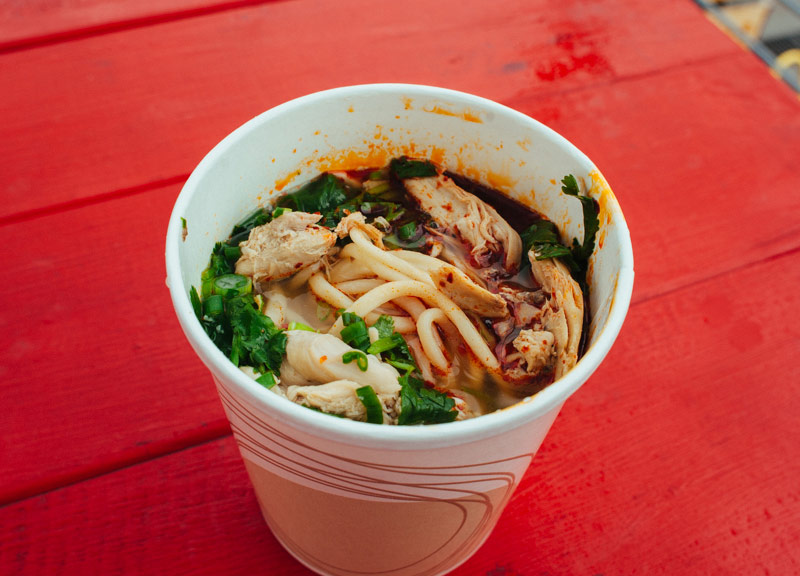 Monkey King Noodle Company Does It By Hand.

At the end of last year, Deep Ellum — rather of a sudden — became home to two noodle-based Asian restaurants.

They're similar in the fact that Tanoshii Ramen and Monkey King Noodle Co. each offer hand-made noodles in broth, along with various meats and flavorings.

They're different in a far more important realm, though: The food at Monkey King, you see, is actually good. It's just an incredibly superior product to Tanoshii — in most every way. And it's definitely worth your time.

Worth noting, of course, is the fact that Monkey King offers a slightly different Asian noodle soup than Tanoshii does on its ramen menu. Whereas Tanoshii is a Japanese-focused business, Monkey King's noodles and soups are Chinese in origin. It’s a slightly different style: Monkey King's hand-pulled noodles aren't just made fresh, in-house, right in front of a window you can peer into from right out front of this window-service spot; they're thicker and more substantial than the noodles you get with ramen, either Tanoshii's or otherwise. The result is a hefty bowl, an incredibly filling meal.

The broth is either beef or chicken stock, with substantial pieces of meat and a slick of chili oil included to spice up the dish. The chicken noodle soup is especially inspired, and it can be ordered plain or spicy, depending on how you're feeling. The spicy broth's especially great, though: It features a robust broth teeming with that Sichuan, two-pronged attack of tingly, numbing peppercorn and spicy smokey chili. But it's not too much spice to handle at all; let your heat fears dissuade you from trying it or you'll be missing out.

There's other items on the menu worth checking out, too, even if the noodles indeed remain the prize-winner.

I definitely recommend the very messy, but very delicious soup dumplings, too. If you haven't had one of these before before, know this: It's just a large-sized dumpling that's been filled with pork and a soup broth, and the usual practice is to take a small bite out of the top and then to sip the soup out. Again, it's messy. But it's also great.

The spicy cucumber salad, meanwhile, makes a nice addition to your meal, providing a sharp and spicy vinegar bite to go with whatever soups or noodles or dumplings you order.

Open for lunch during the week — and for dinner service on Fridays and Saturdays only — Monkey Noodle tends to be pretty packed most of the time, even if it is a walk-up spot with little to offer in the way of seating aside from a small rooftop deck that's available for hanging out on, weather permitting.

You can expect a wait when you arrive. And you can expect to be not sure whether to take your order to go (as most do) or to hunker down right on the street and just get to eating.

Just don't concern yourself with either of those factors. Instead, simply remember: It's worth it.

Because it really is. 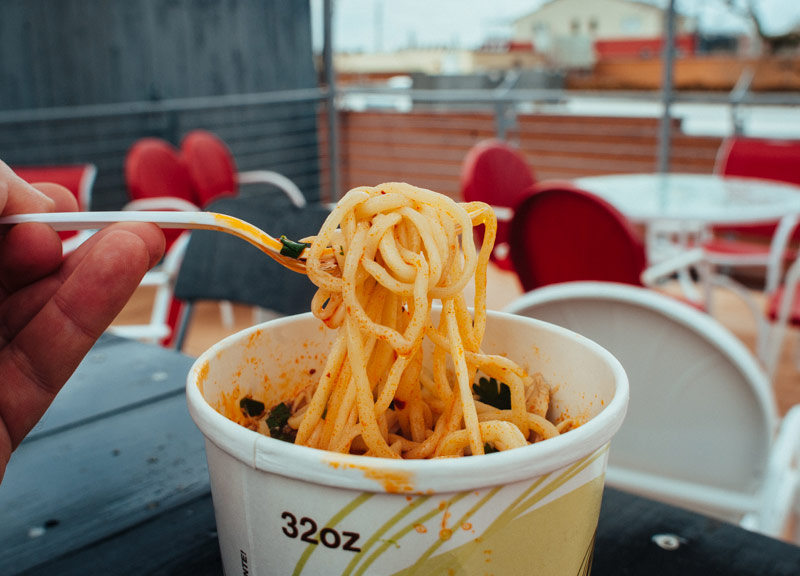 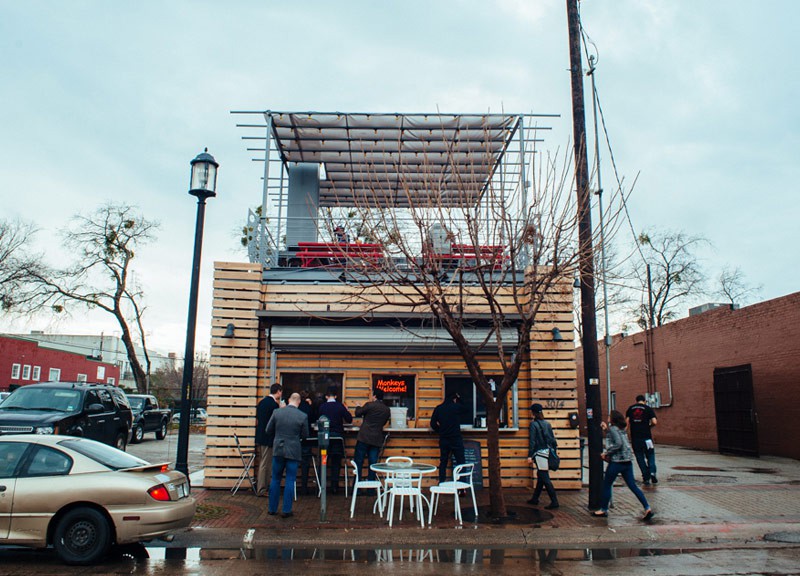