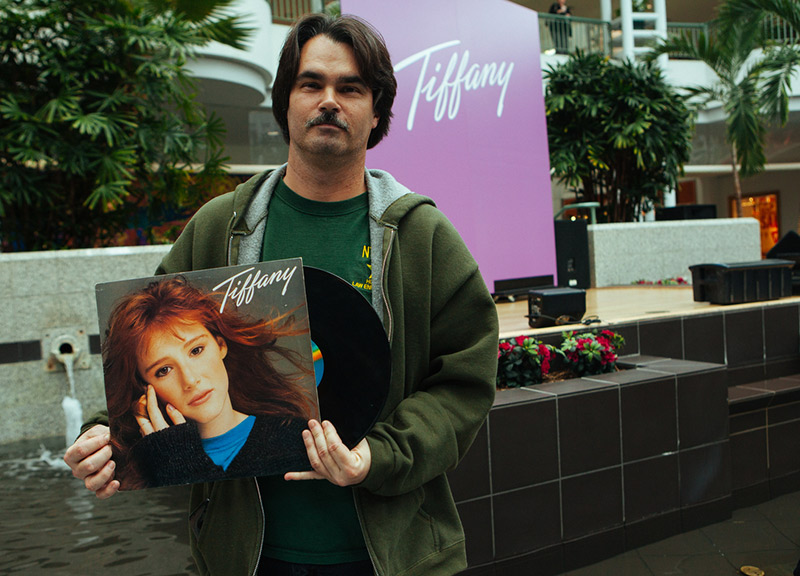 Vista Ridge Mall fell into a time warp of sorts yesterday, as ’80s teen pop icon Tiffany took to a food court stage in the Lewsiville shopping center in an attempt to recreate some of the magic of that bygone era.

Some context: Almost 30 years ago, Tiffany was on top of the world. She was a pop powerhouse who’d built her reputation on touring malls across America just like this one with performances of her infectious, synth-dance sound. In turn, she created a whole generation of over-sized sweater-wearing and stone-washed jean jacket-donning acolytes.

But, for all the joy seen in the faces of the fans who gathered at the mall at 3:30 in the afternoon yesterday, there was an ominous feeling overshadowing everything. You couldn’t help but feel it; this whole event was a staged bit. The crowd part of the cast: The attendees were neither the boss nor in charge. Instead, they were being videotaped.

It didn’t take long for the obvious questions to start bandying about the spectators who watched curiously as a production crew flew across the stage: Was this performance coming as part of a documentary? Was it something for TV?

Uh-huh: Turns out, the entire performance was staged as part of an upcoming episode of the Food Network’s Food Court Wars. And Tiffany? She was leveraging her “Mall Power” in the name of ratings.

Which was kind of weird. Rather than being a genuine effort from the artist to connect with her glory days and old fans, the whole thing was not even well-disguised as meant for another purpose.

Still, the children behaved — and they acted accordingly, holding up Tiffany-related signs and banners, each of which was brilliantly provided by the production crew to accentuate the frenzy of years past.

And people had fun all the same. Hey, it was a free trip to memory lane, a free chance at rekindling the nostalgia of an era where you could have a Slushee, go to the arcade, hang out in the food court — all in the same few hours — and feel like a king. And, after the show, those who stuck around got to meet Tiffany, too. 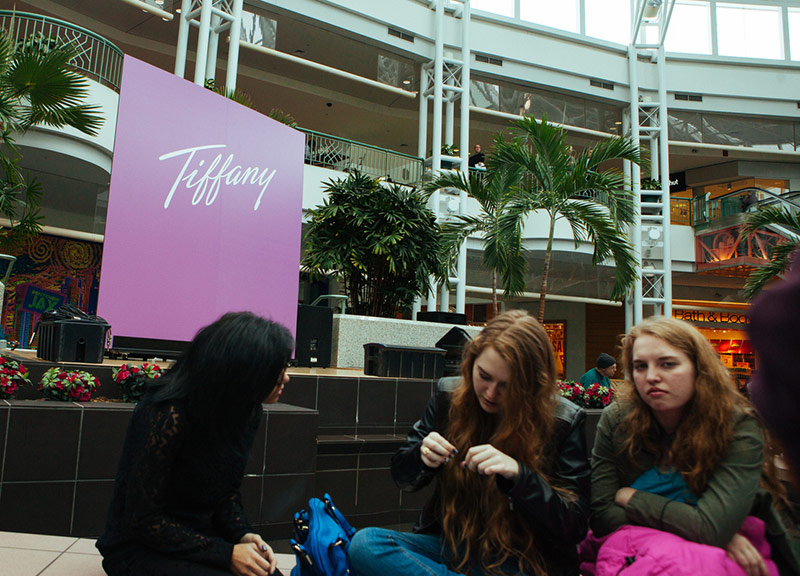 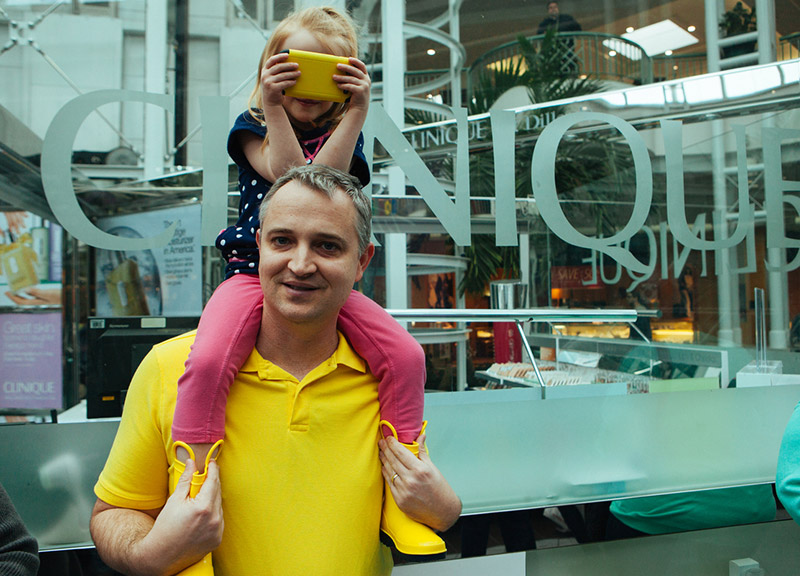 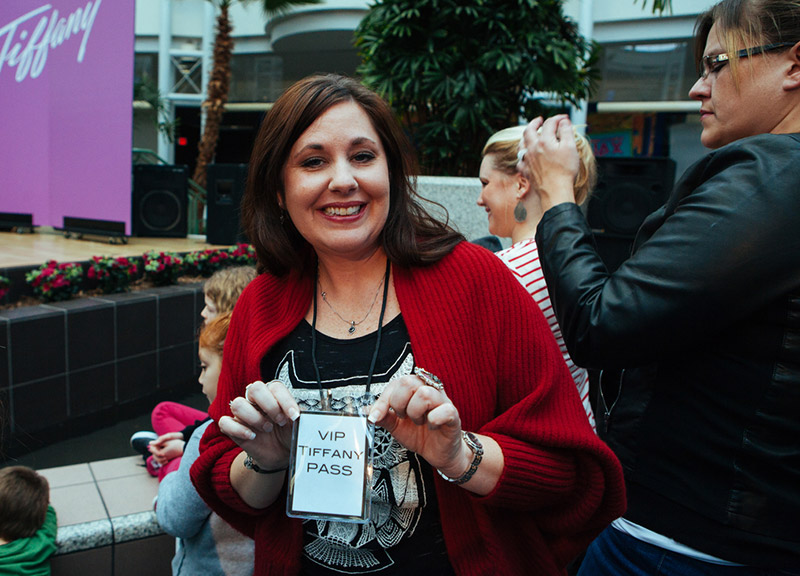 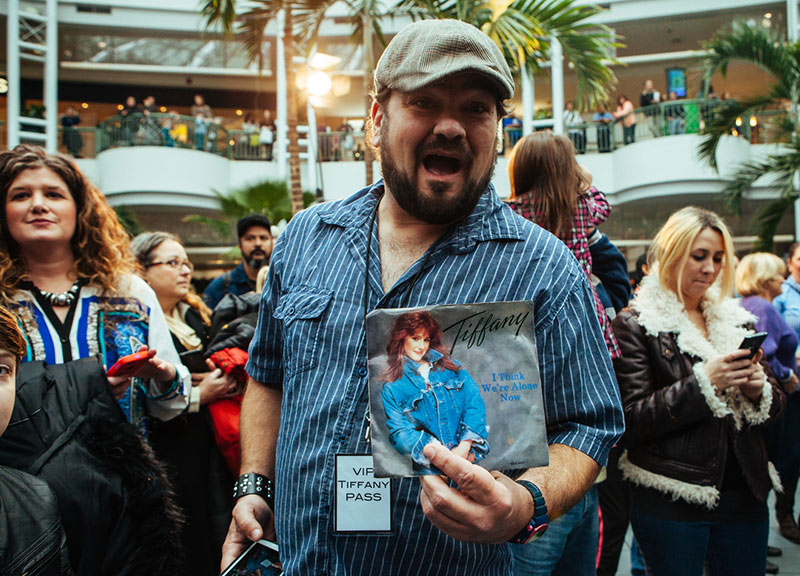 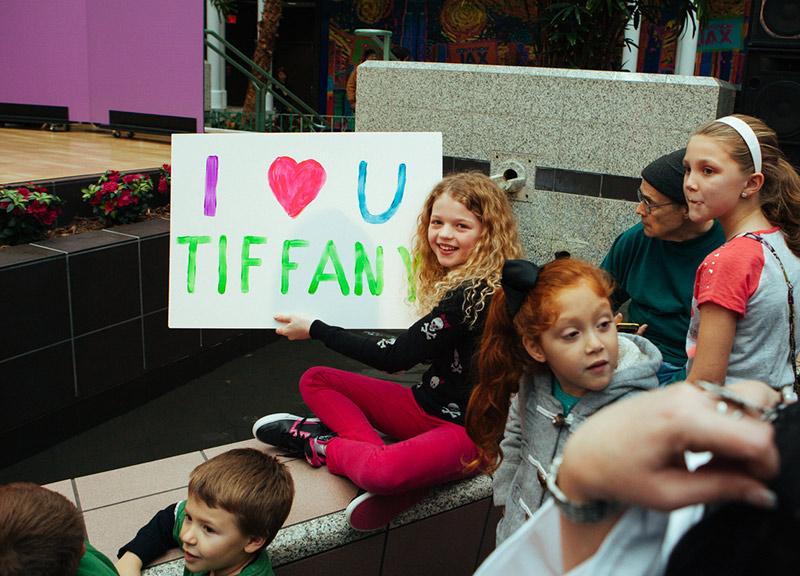 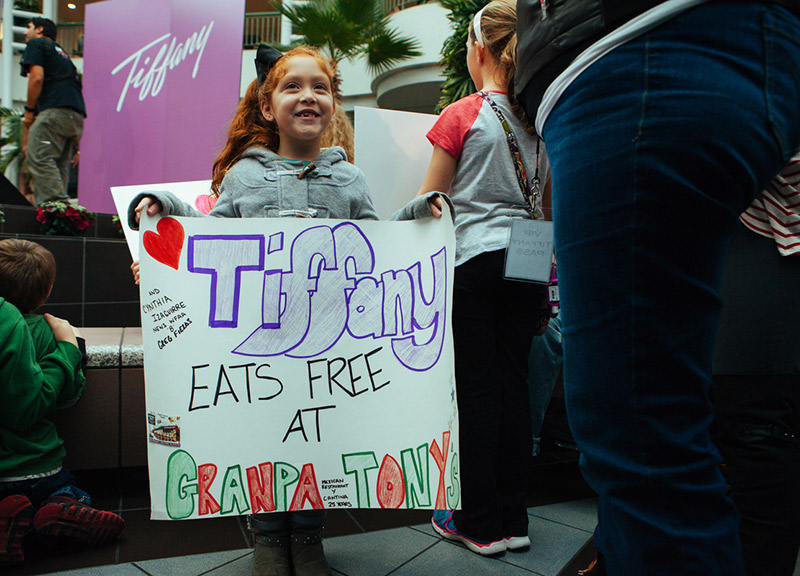 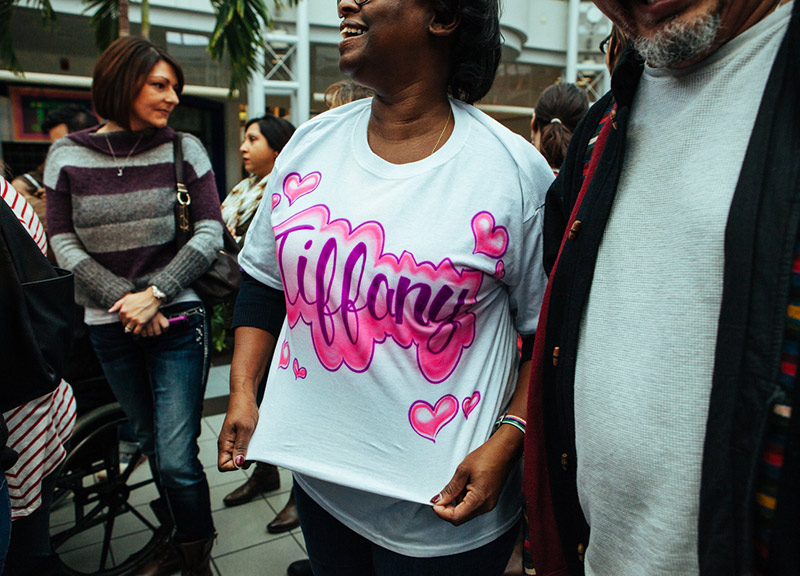 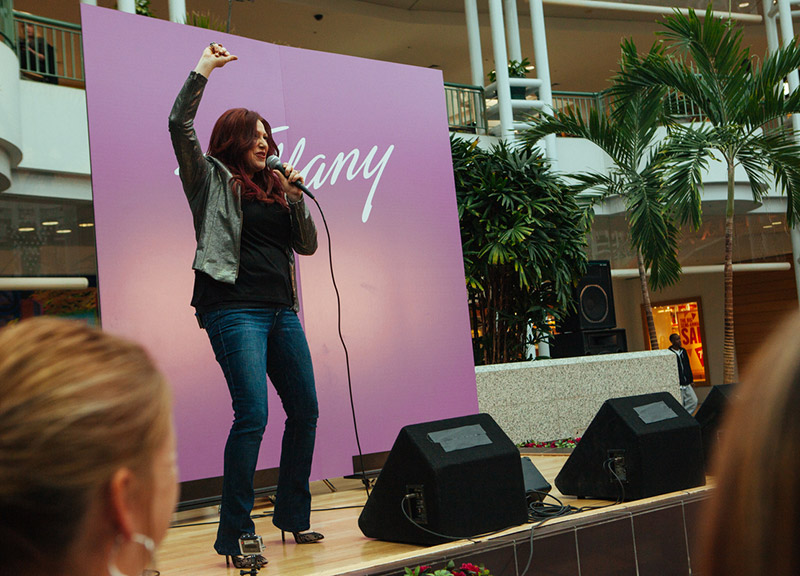 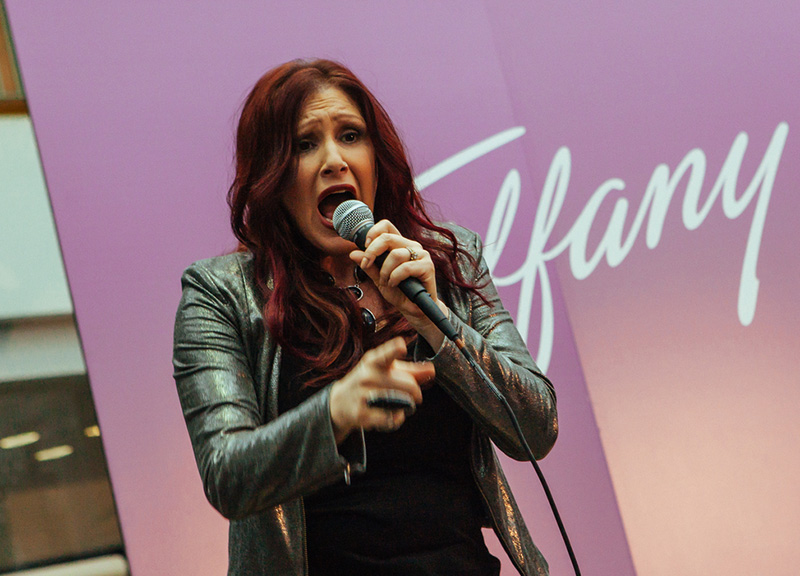 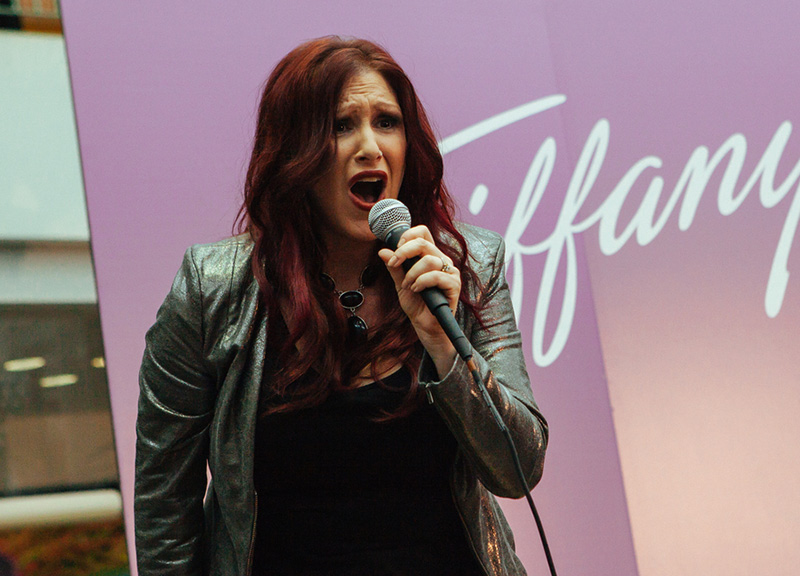 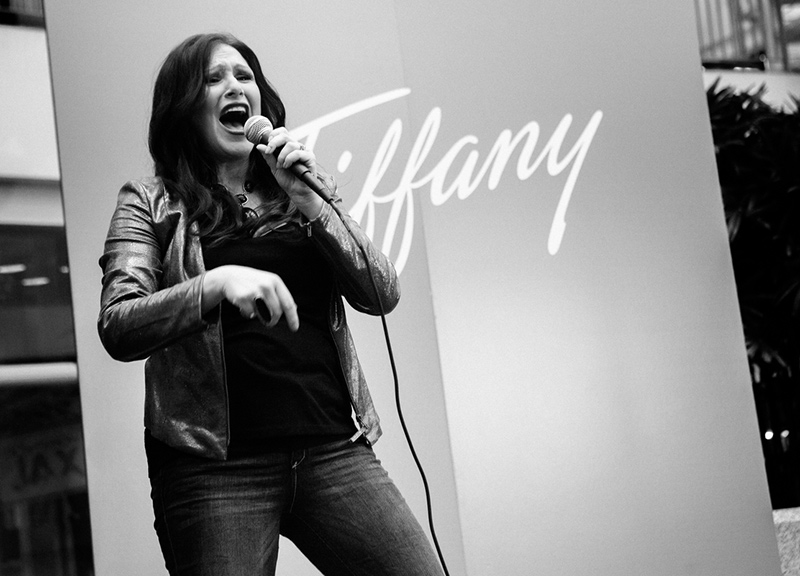 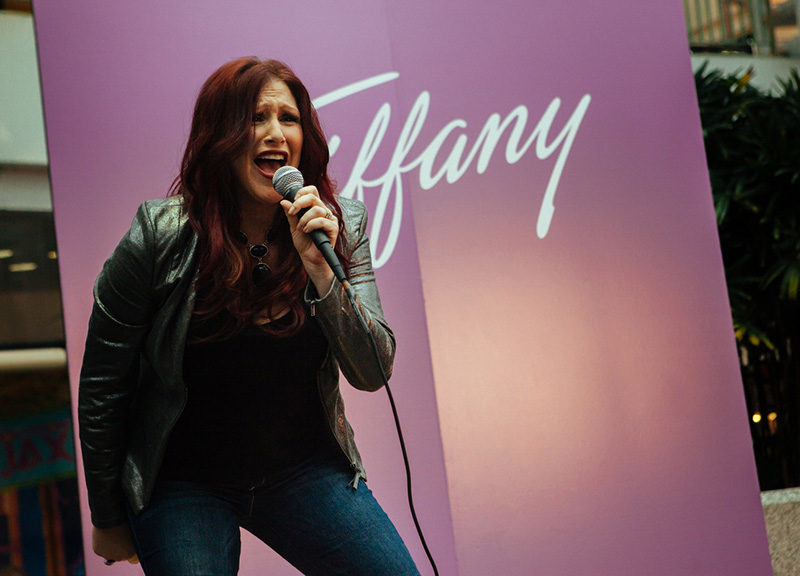 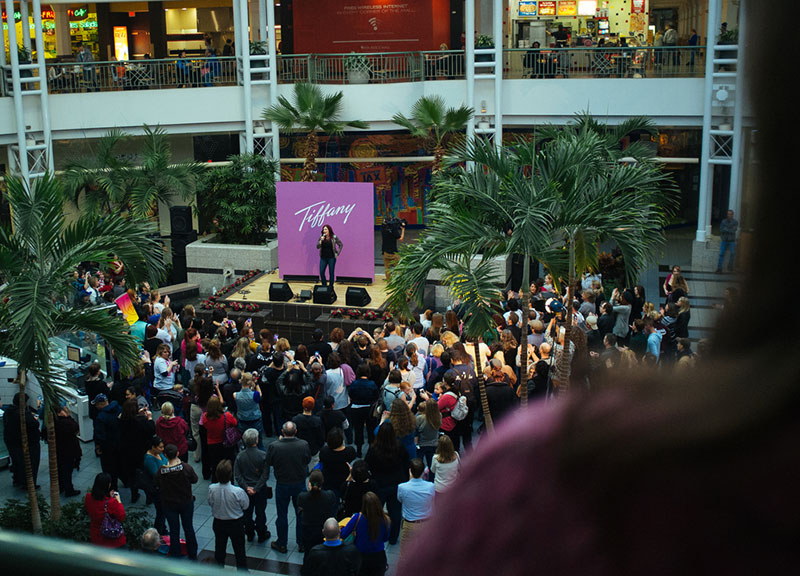 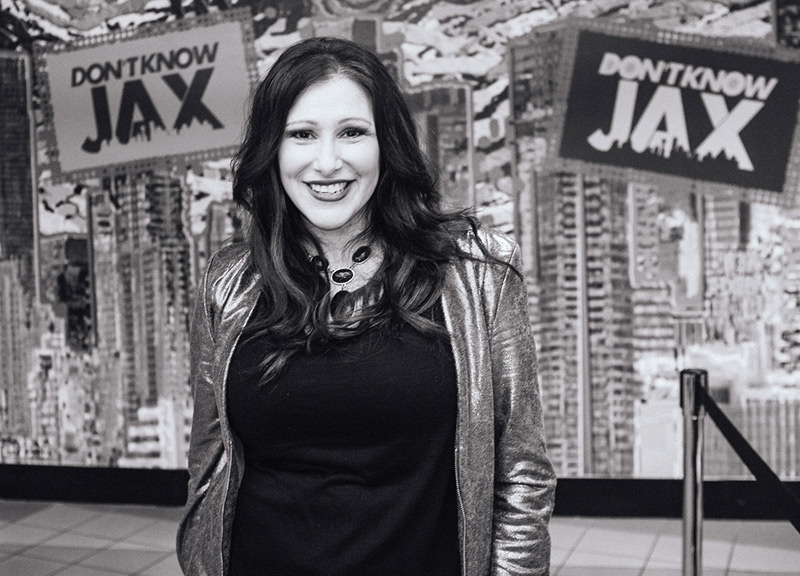