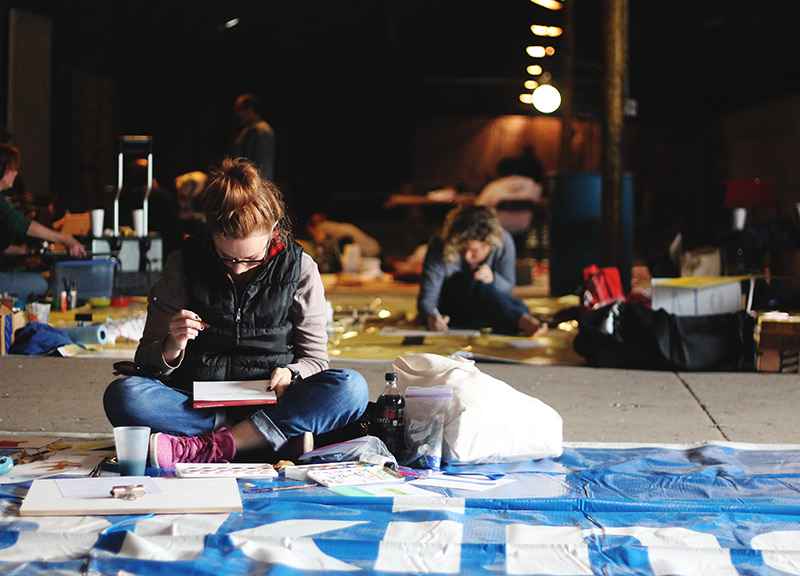 Tomorrow night, more than 150 area artists will gather in the vacant warehouse located at 500 Singleton Boulevard and put their works up for auction in Dallas' ninth annual Art Conspiracy.

Even before tomorrow night's affair kicks off, though, we can confidently confirm the following: The art, all of which will be available for purchase, will flash the skills of some of Dallas' most creative talents; the entertainment, which includes live performances from Zhora and New Fumes plus a DJ set from Sarah Jaffe, will be on point; and thousands upon thousands of dollars will be raised for the area My Possibilities nonprofit, which provides education to local disabled students that have “aged out” of traditional secondary schooling.

It's an amazing event, Art Conspiracy, which is why it's not even the least bit surprising that a) the event has lasted as long as it has, or b) that it's only grown with each passing year.

Launched in 2005, it's the Dallas art community's biggest annual show of support to those in need around the city. But it's much more than that: It's a great time for one thing, but also an easy way for art collectors to affordably bolster their collections, seeing that each piece starts off with an auction price of $20.

For months now, organizers of the affair have been hard at work, toiling away with all of the expected details that come with the planning and execution an event as large as Art Conspiracy — securing a location, identifying a charitable cause worth supporting, securing proper permits, confirming the performers, running the lottery to select the participating artists from an almost overwhelming pool of applicants, etc. — but, this past Saturday, and in the same space that will host tomorrow night's “Grit and Glitter”-themed event, the real magic of Art Conspiracy was on full display.

Over the course of a 16-hour window, organizers opened the space to their participating artists — creatives that happily donated their time and talents to the cause — for what just might be the single most inspiring part of the Art Conspiracy process.

All day and night long, these participants toiled away on the blank, 18-inch square wooden canvases that organizers require all artworks be displayed on upon completion. And, all around the space, toil away these artists did, their creative energies wafting thickly and damn near palpably into the air around them.

“This is our play day,” said the event's co-executive director, Erica Felicella, as she ambled about her host building's massive space, excitedly pointing out some of the more intriguing pieces that the artists on hand at the moment were creating for this year's event. “This is our special day. This is the day when the artists actually become a community.”

Toward the back of the space, 25-year-old Austin McKinney, a first-year participant at Art Con, spoke specifically to that community building aspect, gushing endlessly about his love for the event, which he only discovered last year.

“It's just the street-level aspect of it,” the artist said while taking a break from painting his tentatively titled “Bird on a Wire (Probably)” piece, which he'd been working on for eight hours straight at that point. “I love that they keep things so punk rock. And, all the artists, that they come together and donate their time and effort? It's just super cool.”

Also cool: The sheer breadth of ideas that these artists are able to conjure when given the same blank canvas.

In one corner of the space, a young artist painted a fight scene between Superman and Wonder Woman. In another, a craft jeweler garnished her board with gold paint, sparkling stones and an actual, honest-to-goodness fox skull. Elsewhere, another artist — for what organizers believe to be the first time in Art Conspiracy history — somehow found a way to incorporate her embroidering skills into her piece by using a sewing machine to add texture to her naturescape. Out in the parking lot, another artist stared down the nearby Margaret Hunt Hill Bridge, carefully eyeing the various angles of the landmark before painting a replica of it on his board. Another artist — confined to a separate room so that his metalworking efforts wouldn't disturb his co-conspirators — repeatedly and carefully lowered a buzz saw onto sheet metal in an effort to create a starburst effect for his own creation.

Some of these artists are experienced, recognizable figures in the Dallas art world. Most of them, though, aren't. Mostly, they are just supporters of the cause — contributors to the event, people that are all too eager to embrace an opportunity to flex their creative muscles for the benefit of others.

As the sun began to set on the Trinity Groves warehouse where all these artists worked, one such participant explained his love for Art Conspiracy, all while gawkers continuously slid past his workspace, eyeing the bizarre contraption he was building. He didn't have a name for his piece yet, but scattered out before him sat some 50 transparent, colored sheets of plastic, each of which had previously been laser-cut into their precise shapes. Here, he simply planned to assemble his work — a gear-inspired, fully mechanical and electronically operated, constantly moving contraption powered by a D battery-boosted circuit he'd built just for it.

“This is my third Art Conspiracy to attend, and my second to have participated in,” said 29-year-old mechanical engineer Greg Needel, who by day serves as the director for Southern Methodist University's engineering playground/lab, The Innovation Gymnasium. “It's an opportunity for me to work on something that's not really 'hard engineering.'”

But, though it's just a simple creative dalliance for Needel, his participation and the unique creative perspective that he and other participants like him provide Art Conspiracy is exactly what makes the event such a special one.

Art is relative, and expertise comes in all shapes in sizes. To that end, Beedel made a promise: “This piece is D battery-powered because I didn't know what the power situation was going to be in this building,” he said. “But, for whoever wins it, I'll happily rig it up for them so they could plug it into a wall socket at home if they want.”

It takes all kinds, folks. And Art Conspiracy, rather gloriously, is happy to embrace them all. 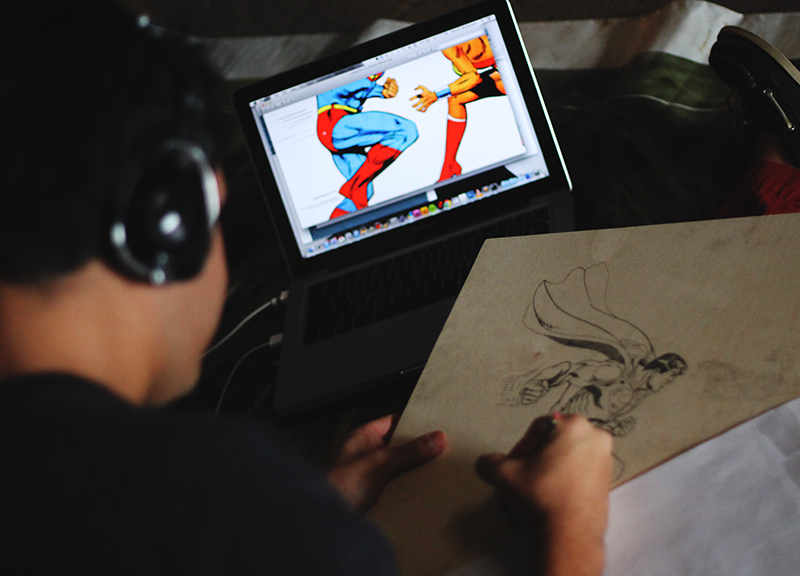 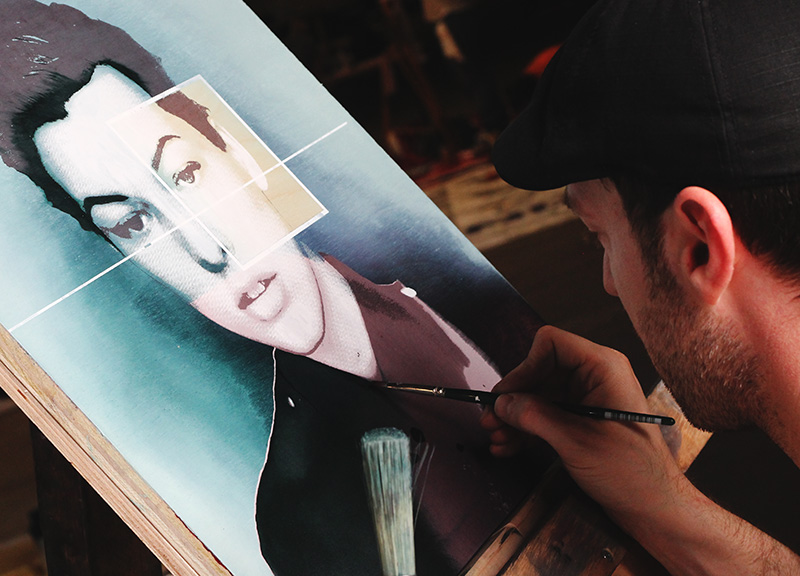 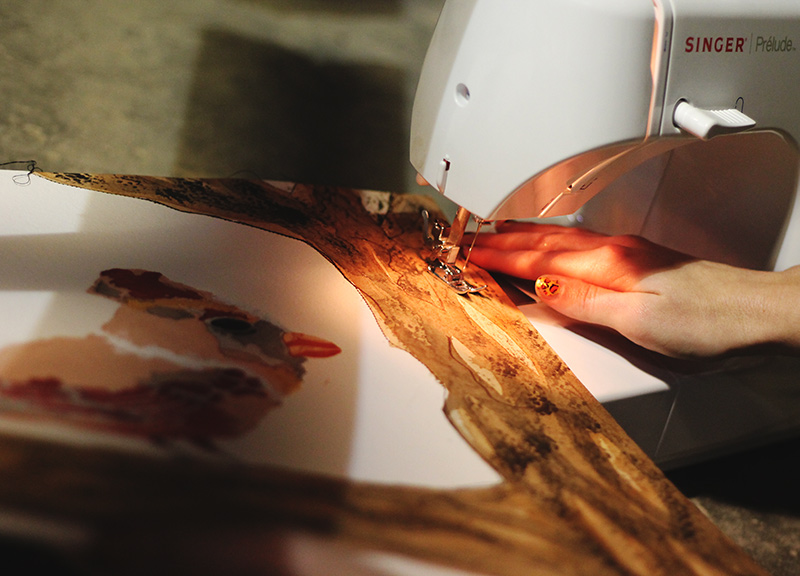 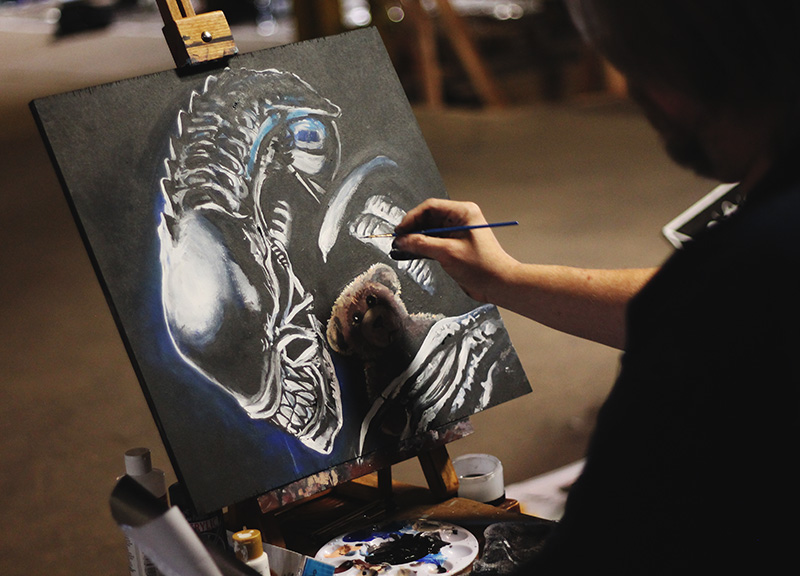 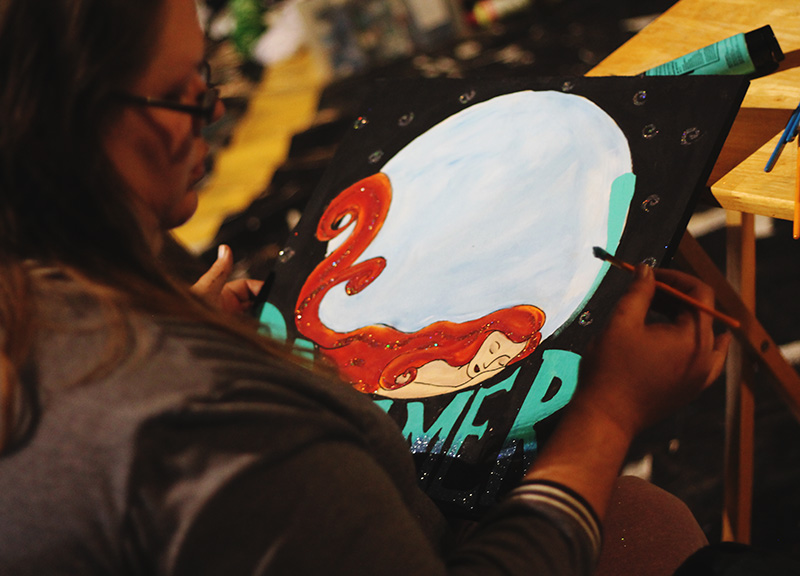 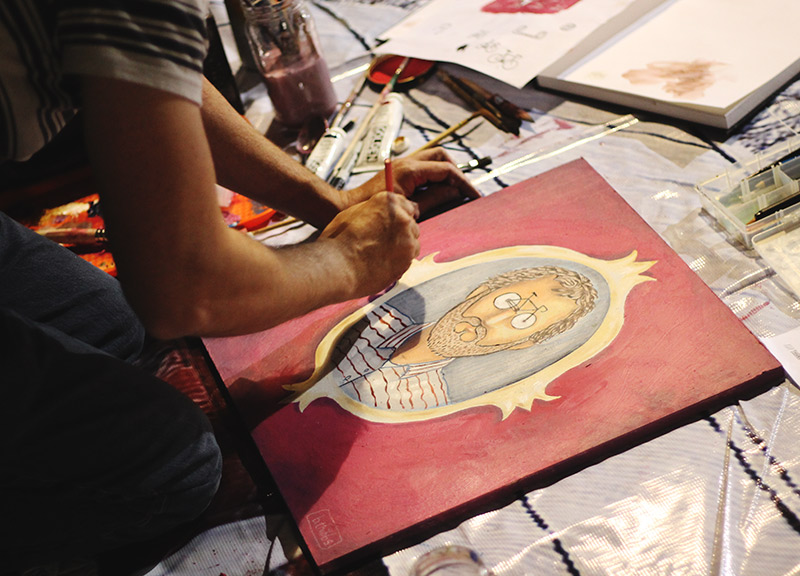 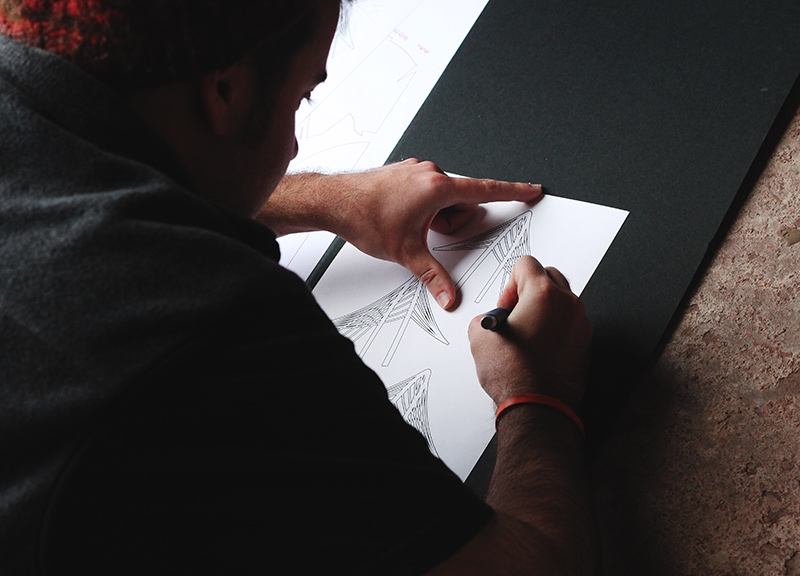 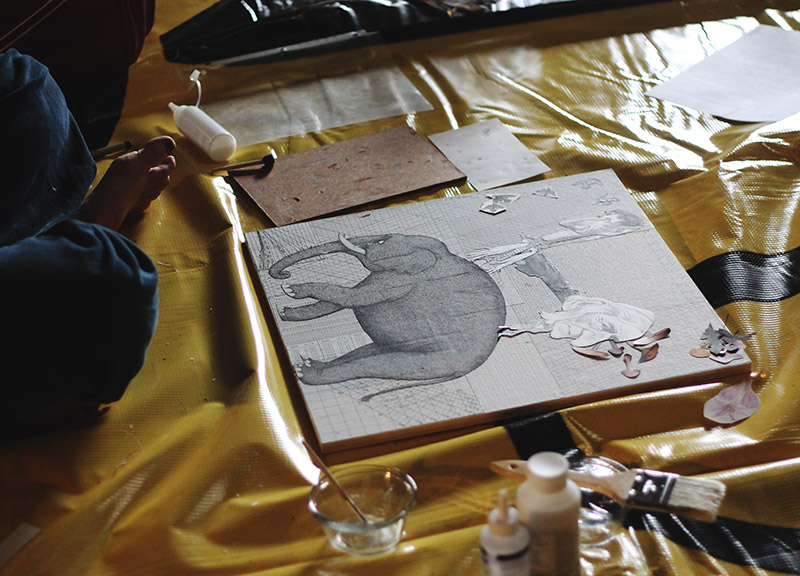 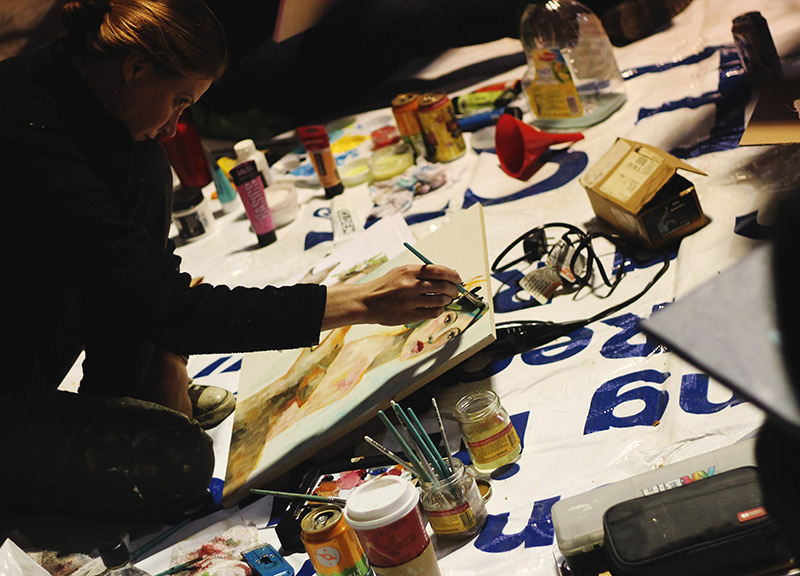 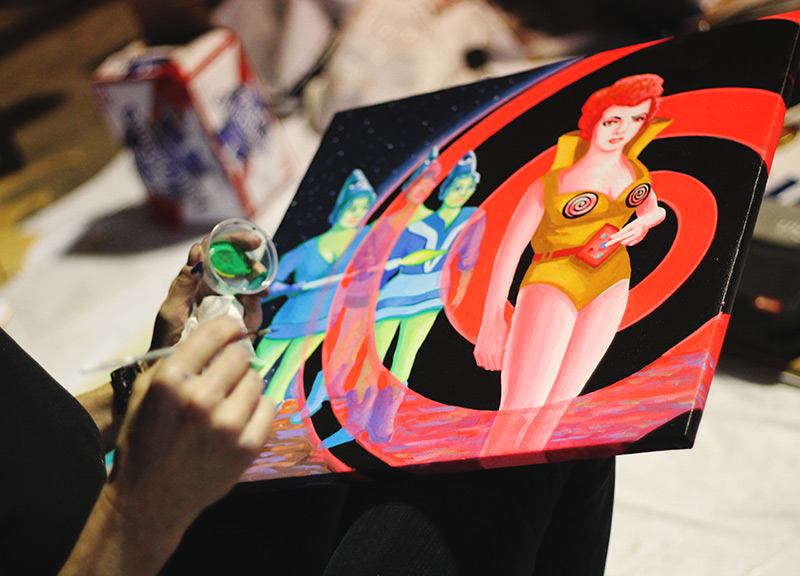 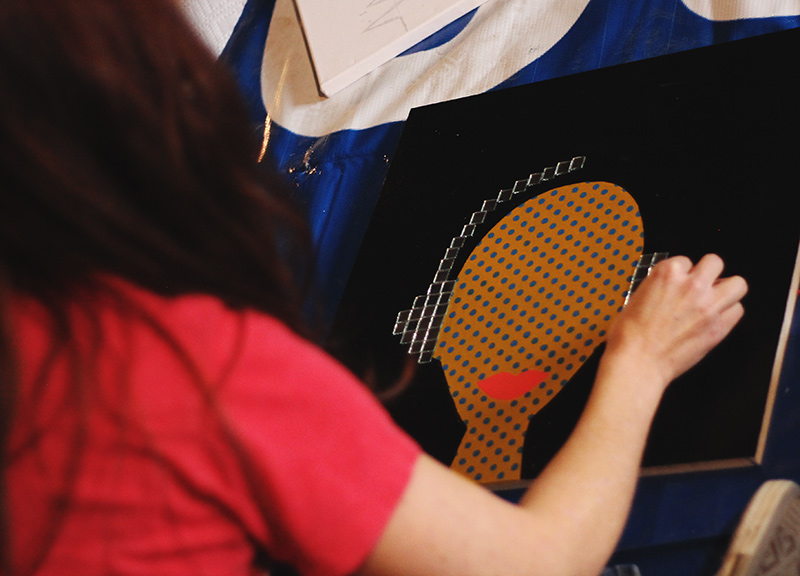 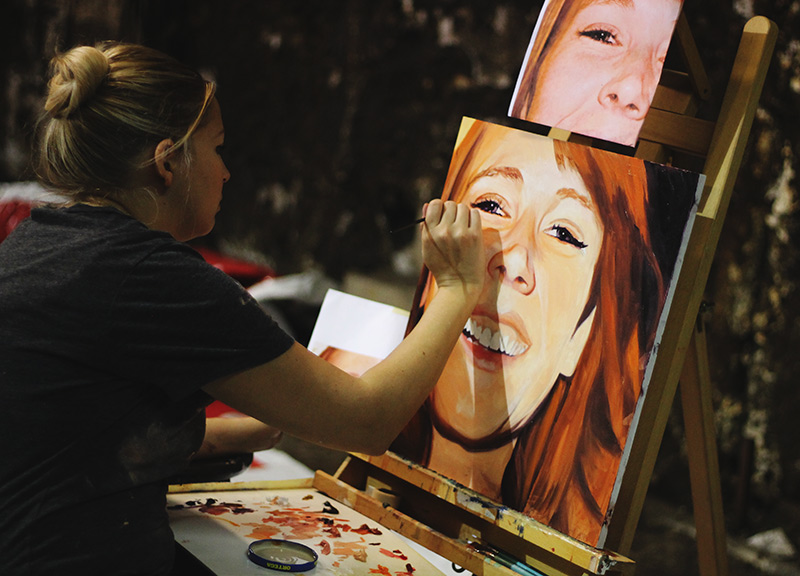 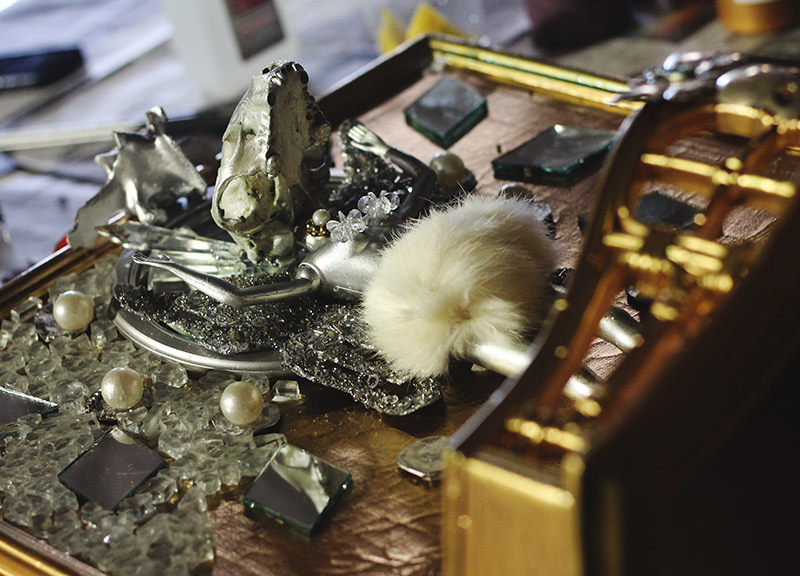 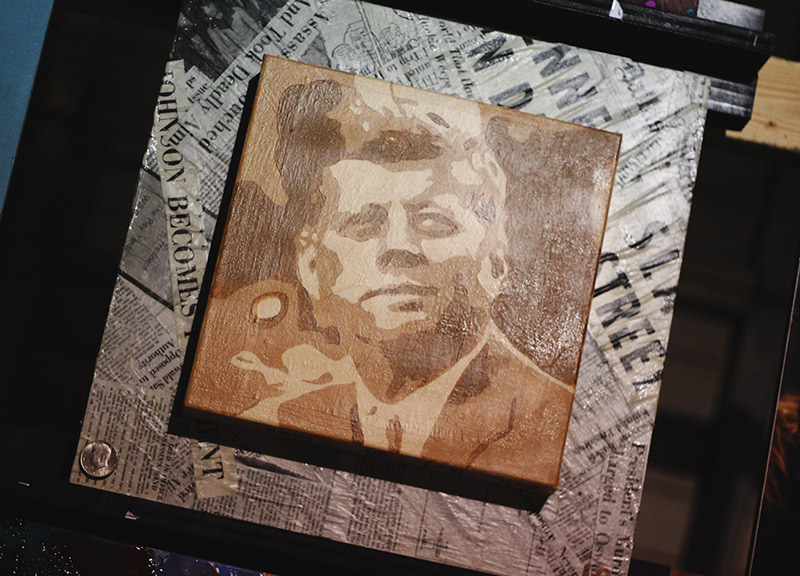 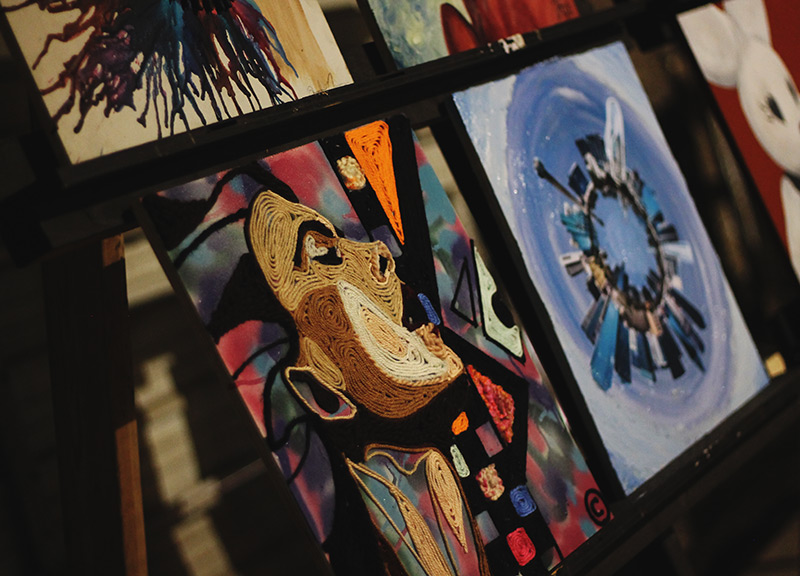 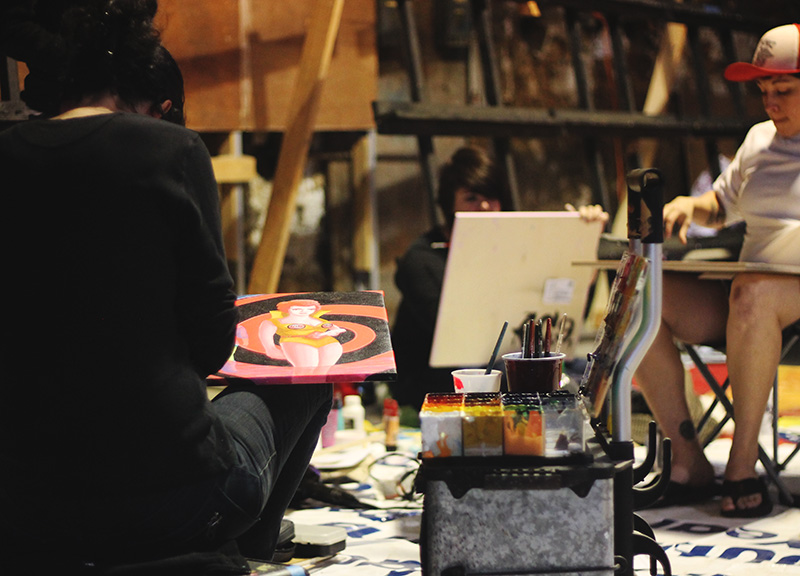 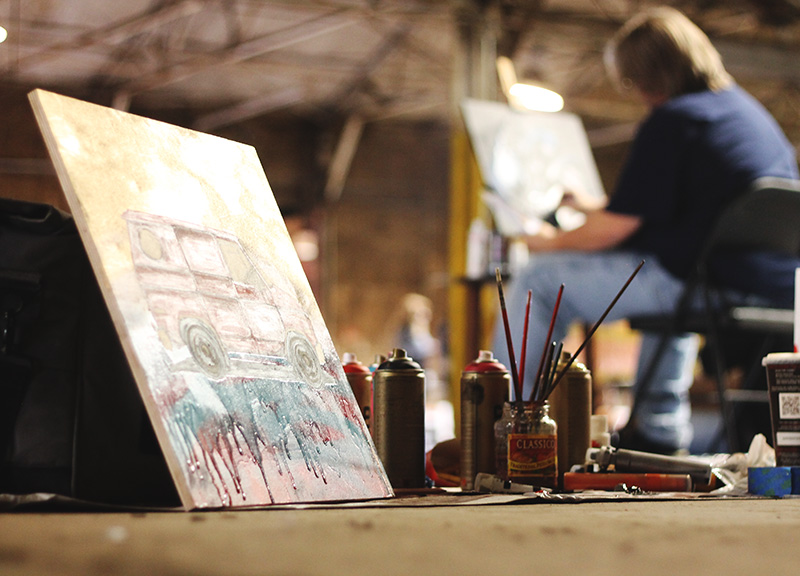