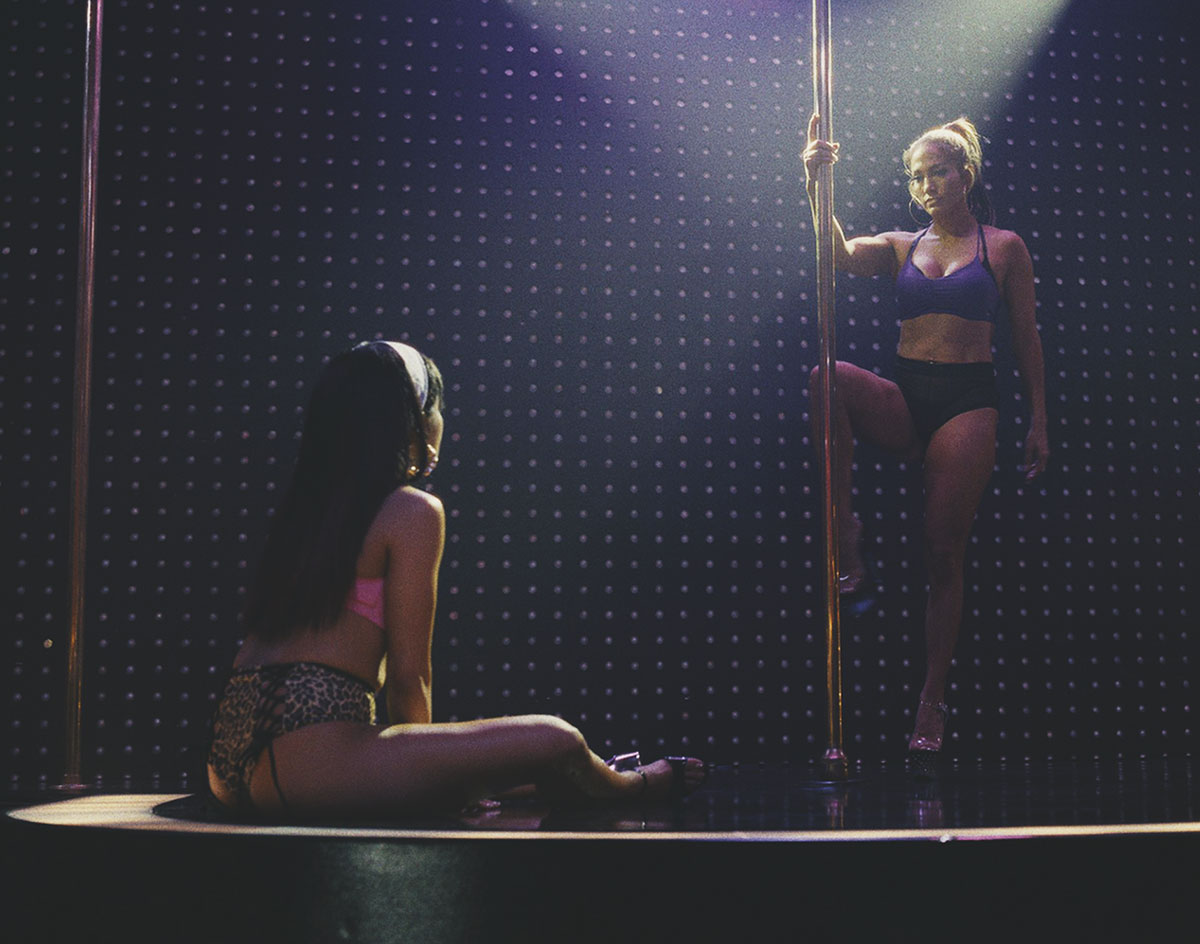 Even thought it’s still scorching outside here in Texas, the summer has come and gone in Hollywood’s eyes.

Meaning? This month, for better or worse, is pretty devoid of typical blockbuster fare.

Well, count me in the former camp. September begins my favorite of all the movie seasons. From where I’m sitting, there’s just more of the good stuff in the fall — ambitious sci-fi projects, horror events, literary adaptations, et al.

Plus, all the indie films coming to Dallas this month are Sundance-approved — including one of the absolute best things I saw there.

So, apologies to the caped set, but I’m here for September’s offering. You should be, too.

It: Chapter Two.
Director: Andy Muschetti.
Writers: Gary Dauberman, Jason Fuchs.
Cast: James McAvoy, Jessica Chastain, Bill Hader, James Ransone.
Opens: Friday, September 6.
I wasn’t quite as wild about the first chapter as the people who made it the biggest horror movie of all time, but I did think it was an effectively scary Stephen King adaptation. This sequel finishes the second half of the book, which covers the Losers’ Club as they return to Derry 27 years after their first encounter with Pennywise, hoping to defeat him for good. This one set a world record for the most fake blood used in a film, which at least means this will be super gross. Also, Jessica Chastain is in it, and I will see her in anything.

The Goldfinch.
Director: John Crowley.
Writer: Peter Straughn.
Cast: Ansel Elgort, Nicole Kidman, Jeffrey Wright, Sarah Paulson.
Opens: Friday, September 13.
The Goldfinch is one of the major novels of the decade, having won the Pulitzer Prize in 2014. The book’s epic length might have suggested it work better as a miniseries, but John Crowley (Brooklyn) and Peter Straughn (Tinker Tailor Soldier Spy) are going to try their hardest to make it work as a movie. Ansel Elgort plays the grown-up, messed-up version of Theo, who survived a bombing at an art museum. The attack claimed the life of his mother, and the secrets and grief he’s carried have damaged him in ways he doesn’t even recognize. The film features an all-star cast, and cinematography by Roger Deakins, arguably the greatest living shooter of films. It’s expected to be a major Oscar contender, but it has a lot to live up to.

Hustlers.
Director: Lorene Scafaria.
Writer: Lorene Scafaria.
Cast: Jennifer Lopez, Constance Wu, Julia Stiles, Lizzo.
Opens: Friday, September 13.
“Comedies based on true crimes” is one of my favorite sub-genres. The article this is based on (“The Hustlers at Scores”) is terrific, and writer-director Lorene Scafaria has made two extremely underrated flicks so far (Seeking a Friend for the End of the World and The Meddler). I’m expecting great things from this cast, who all (minus Julia Stiles) play strippers who con Wall Street crooks.

Ad Astra.
Director: James Gray.
Writers: James Gray, Ethan Gross.
Cast: Brad Pitt, Ruth Negga, Tommy Lee Jones, Liv Tyler.
Opens: Friday, September 20.
I am a sucker for any movie about astronauts. First Man. The Martian. Interstellar. Put an actor dealing with the vast emptiness of space and all the dangers within, and I am there. James Gray is a sharp writer-director who’s never really gotten a fair shake in Hollywood. This is his biggest movie to date and looks amazing. Pitt plays an astronaut who learns the father (Tommy Lee Jones) he thought died on his outer-space mission may actually be a criminal plotting to sabotage other space stations. It will probably be a complicated story about betrayal and deception, but it also features a car chase on the moon! Who doesn’t want to see that?

Brittany Runs a Marathon.
Director: Paul Downs Colaizzo.
Writer: Paul Downs Colaizzo.
Cast: Jillian Bell, Michaela Watkins, Mikey Day, Lil Rel Howery.
There’s an irony here in Amazon paying significant money in hopes that audiences will get off the couch and see this inspiring comedy about a woman who does just that, gaining confidence and improved health when she begins training for the New York City Marathon.

Give Me Liberty.
Director: Kirill Mikhanovsky.
Writer: Kirill Mikhanovsky, Alice Austen.
Cast: Chris Galust, Lauren Spencer, Maxim Stoyanov, Darya Ekamasova.
One of my absolute favorite movies of the year, this gem is one of the most completely original things I’ve seen in a very long time. This cast of complete unknowns is absolutely wonderful. Chris Galust plays Vic, a van driver having the worst day of his life. He’s supposed to pick up and drop off disabled Milwaukee residents, but his immigrant family has guilted him into driving them to the funeral of one of his distant relatives. The day spirals out of control, but he learns a lot about the people he cares the most about. It’s a true gem and one you should go out of your way to find a theater playing it.

Monos.
Director: Alejandro Landes.
Writer: Alejandro Landes, Alexis Dos Santos.
Cast: Moises Arias, Julianne Nicholson, Sofia Buenaventura, Sneider Castro.
I have no idea what to expect from this thriller – which takes inspiration from Lord of the Flies – about a group of kids who live in the South American jungle and take a woman hostage. The cinematography glimpsed in the trailer promises an ominous but gorgeous film.

Where’s My Roy Cohn?
Director: Matt Tyrnauer.
There’s a strong case to be made that Roy Cohn is the most influential and awful American of the 20th Century. He was a major behind-the-scenes figure of the McCarthy, pushed for the execution of Julius and Ethel Rosenberg, and was one of the most litigious people in the history of the United States. He also introduced Donald Trump and Rupert Murdoch, and we all know what they went on to do. The film doesn’t offer a sympathetic portrait, but does present a more complete understanding of the man many didn’t know and those did despised.

The Court Jester.
Directors: Norman Panama, Melvin Frank.
Writer: Norman Panama, Melvin Frank.
Cast: Danny Kaye, Angela Lansbury, Glynis Johns, Basil Rathbone.
Playing At: The Magnolia.
Showing: Tuesday, September 10.
These days, Danny Kaye is mostly remembered for White Christmas, if he’s remembered at all. But he was actually one of the biggest comic actors of the ’40s and ’50s. His performance here, which features him playing nearly a dozen roles, is a feat of comic agility, as he plays the titular role, as well as a swashbuckling hero and romancer of beautiful women. It’s the kind of adventurous romp that Old Hollywood used to make out, but has seemingly forgotten about.

Lone Star.
Director: John Sayles.
Writer: John Sayles.
Cast: Chris Cooper, Elizabeth Pena, Matthew McConaughey, Kris Kristofferson.
Playing At: Alamo Drafthouse Richardson.
Showing: Tuesday, September 10.
One of the best movies of the ’90s, this West Texas mystery features incredible performances and one of the most devastating endings of any movie. Matthew McConaughey plays a deputy trying to clean up a town terrorized by the sheriff (Kris Kristofferson). Years later, McConaughey’s son (Chris Cooper) is investigating the sheriff’s murder. It earned writer-director John Sayles an Oscar nomination, but it’s been sadly forgotten. You do not want to miss your chance to see this one.