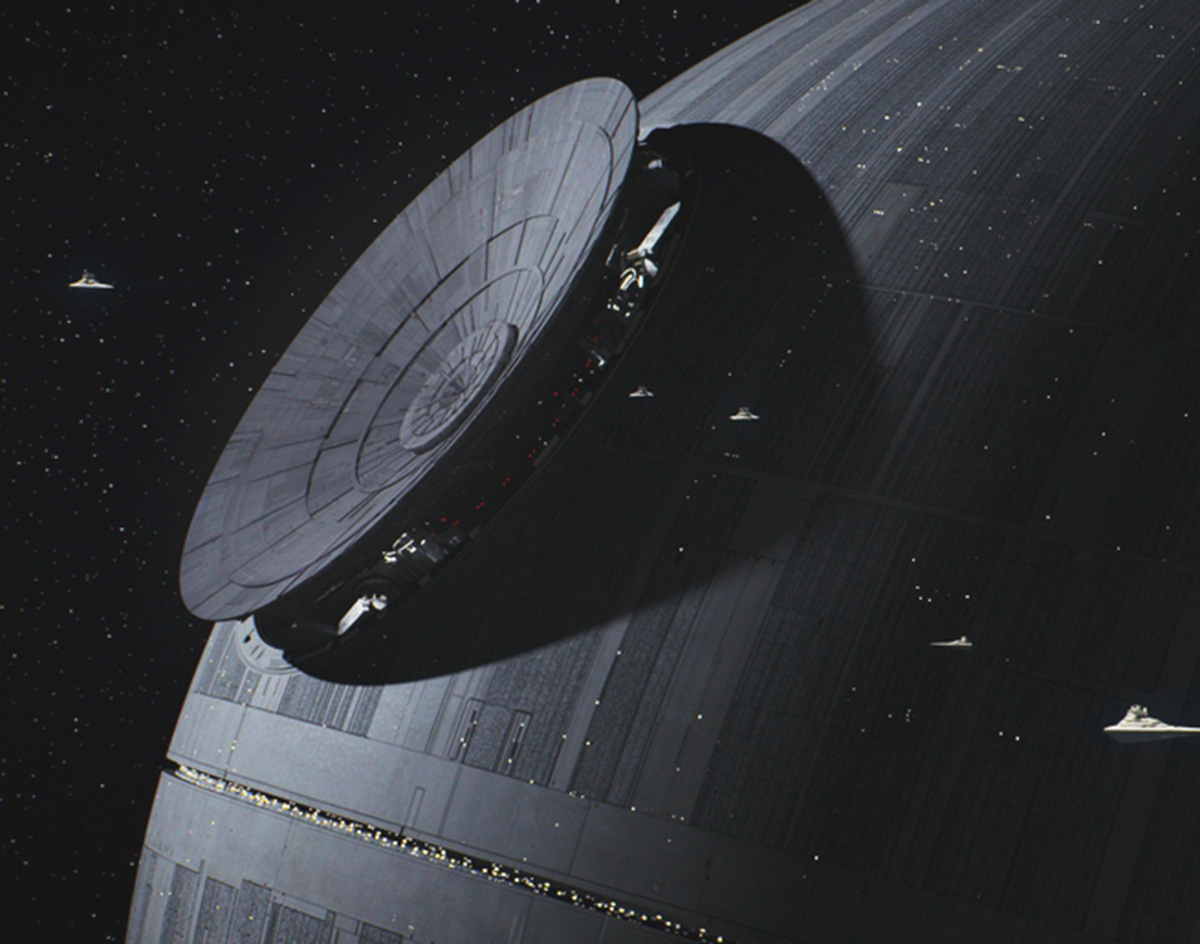 On Rogue One: A Star Wars Story, The Rest Of The Month’s New Wide And Limited Releases And Your Repertory Screening Best Bets.

It’s beginning to look a lot like Christmas — and, in our new normal, that means it’s time for a new Star Wars movie.

But not everything this holiday season is about galaxies far, far away. Sure, two of this month’s most-anticipated releases involved journeys into deep space. But some of the most interesting releases coming our way this December deal with much more intimate looks at our own planet’s interpersonal dealings.

Here, we break down which ones are most worth your while these next few weeks during a trip to the theater.

Miss Sloane.
Director: John Madden.
Writer: Jonathan Perera.
Cast: Jessica Chastain, Gugu Mbatha-Raw, Michael Stuhlbarg, Mark Strong.
Opens: Friday, December 9.
Jessica Chastain – in my opinion, the best actress working today – gives another killer performance here as an icy lobbyist who uses the dirty tricks she’s learned over a long and shady career to help pass a gun control bill. The movie is entertaining and engaging, but its high-minded ambition is undercut by some of its soap opera plotting. Look for a full review from me next week. Rogue One: A Star Wars Story.
Director: Gareth Edwards.
Writers: Chris Weitz, Tony Gilroy.
Cast: Felicity Jones, Riz Ahmed, Diego Luna, Ben Mendelsohn.
Opens: Friday, December 16.
In all honesty, I’ve been more interested by Rogue One than I ever was by The Force Awakens. That’s because this prequel of sorts to A New Hope doesn’t have to set up anything else or engage in as much fan service. It basically just needs to be a thrilling heist movie set in a galaxy far, far away. Passengers.
Director: Morten Tyldum.
Writer: Jon Spaihts.
Cast: Jennifer Lawrence, Chris Pratt, Michael Sheen, Andy Garcia.
Opens: Wednesday, December 21.
Maybe opening a big, expensive sci-fi epic less than a week after a new Star Wars movie isn’t a great idea? On the other hand, few movie stars are as big right now as Jennifer Lawrence and Chris Pratt.  Here, they play two astronauts who wake up early during their 120-year journey, forcing them to both figure out how to survive and why they didn’t stay asleep like their other crew members. Fences.
Director: Denzel Washington.
Writer: August Wilson.
Cast: Denzel Washington, Viola Davis, Mykelti Williamson, Jovan Adepo.
Get ready for some of the best acting of the year as Denzel Washington directs himself and Viola Davis in the roles they won Tony Awards for a few years back. In this adaptation of August Wilson’s Pulitzer Prize-winning play, Washington plays a bitter ex-ballplayer who takes his resentment out on his family. It’s going to be an emotionally devastating experience for sure, but one worth undertaking.

[A note about limited releases: Unlike the big movies, which are booked months or years in advance, these don’t make it to Dallas on a regular schedule. It’s all up to the distributors and the theaters, which are usually independent. Check out the websites for both Angelikas (Dallas and Plano), both Drafthouses, the Magnolia and the Texas Theatre throughout the month to see what’s showing where.]

Jackie.
Director: Pablo Larraín.
Writer: Noah Oppenheim.
Cast: Natalie Portman, Peter Sarsgaard, Billy Crudup, John Carroll Lynch.
If you’ve read this column or any of my reviews on here, you know I have an aversion to biopics — y’know, those tedious life stories about famous people who have overcome tremendous obstacles, but never feature much in the way of nuance. Early buzz for this film about the week after JFK’s assassination is that it blows off all those clichés and delivers a powerful film about private and public grief. La La Land.
Director: Damien Chazelle.
Writer: Damien Chazelle.
Cast: Emma Stone, Ryan Gosling, J.K. Simmons, John Legend.
Ever since it received raves at festivals across the globe earlier this year, Damien Chazelle’s follow-up to Whiplash has been one of my most anticipated films of 2016. In it, Gosling plays a struggling musician and Stone plays a struggling actress. But set against a Technicolor Los Angeles, they find each other and sing beautiful, original songs. Elle.
Director: Paul Verhoeven.
Writer: David Birke.
Cast: Isabelle Huppert, Laurent Lafitte, Anne Consigny, Charles Berling.
Controversial director Paul Verhoeven (Basic Instinct, Showgirls) is back for the first time in a decade with another movie sure to split audiences right down the middle. Isabelle Huppert has received raves as Michéle, a woman who experiences enormous trauma, but continues on with her life as if nothing happened. Expect lots of discussion about whether Verhoeven is treating difficult subjects like rape too callously and if Huppert is giving the performance of her life or just her best performance this year. Always Shine.
Director: Sophia Takal.
Writer: Lawrence Michael Levine.
Cast: Mackenzie Davis, Caitlin FitzGerald, Lawrence Michael Levine, Khan Baykal.
Indie thrillers can be hit or miss, but this one actually looks chilling. Caitlin FitzGerald and Mackenzie Davis play best friends and aspiring actresses – although the former is much more successful than the latter. Their unspoken jealousy and resentment comes to the surface during a weekend getaway. And maybe there’s a murder? The trailer purposely obscures exactly what happens, which is what a trailer should do.

McCabe & Mrs. Miller.
Director: Robert Altman.
Writer: Robert Altman, Brian McKay.
Cast: Warren Beatty, Julie Christie, Rene Auberjonois, William Devane.
Playing At: Texas Theatre.
Showing: Saturday, December 10.
One of Robert Altman’s most challenging but beloved films made spectacular use of music by the late Leonard Cohen. This gorgeous 35mm print is part of the Texas Theatre’s mini-tribute to the great Canadian musician. The “anti-Western,” as Altman dubbed it, will precede a musical tribute by Jacob Metcalf, Cameron Ray and Garrett Owen. Kiss Kiss Bang Bang.
Director: Shane Black.
Writer: Shane Black.
Cast: Robert Downey Jr, Val Kilmer, Michelle Monaghan, Corbin Bernsen.
Playing At: Alamo Drafthouse Richardson.
Showing: Wednesday, December 14.
One of the best movies of the 2000s was Shane Black’s directorial debut, a whip-smart neo-noir that provides twists and turns along with belly laughs. Downey and Kilmer have incredible chemistry as an out-of-his-depth actor and a sarcastic, gay P.I. It’s one of my all-time favorite comedies. Love Actually.
Director: Richard Curtis.
Writer: Richard Curtis.
Cast: Hugh Grant, Liam Neeson, Emma Thompson, Laura Linney.
Playing At: Inwood Theatre.
Showing: Friday, December 16; Saturday, December 17.
OK, you cold-hearted cynics! Listen, I know a lot of people hate this movie — but those people are joyless monsters. This movie is a gem, even if some of its plotlines are more creepy than romantic. All the intersecting lives in London at Christmastime are fascinating to different degrees, and Emma Thompson gives one of the most heartbreaking performances of all time here. A Christmas Story.
Director: Bob Clark.
Writer: Jean Shepherd, Leigh Brown, Bob Clark.
Cast: Melinda Dillon, Darren McGavin, Peter Billingsley, Ian Petrella.
Playing At: Majestic Theatre.
Showing: Sunday, December 18.
Yeah, TNT and TBS show it for 24 straight hours between Christmas Eve and Christmas Day. Yes, you might be sick of it. But this Christmas classic is a lot more thoughtful and nuanced than you probably remember. It also has a lot more to appreciate as you get older. As a bonus, the Majestic is also showing the 1966 animated How the Grinch Stole Christmas as part of this package. That’s a Christmas gift for the whole family!
No more articles