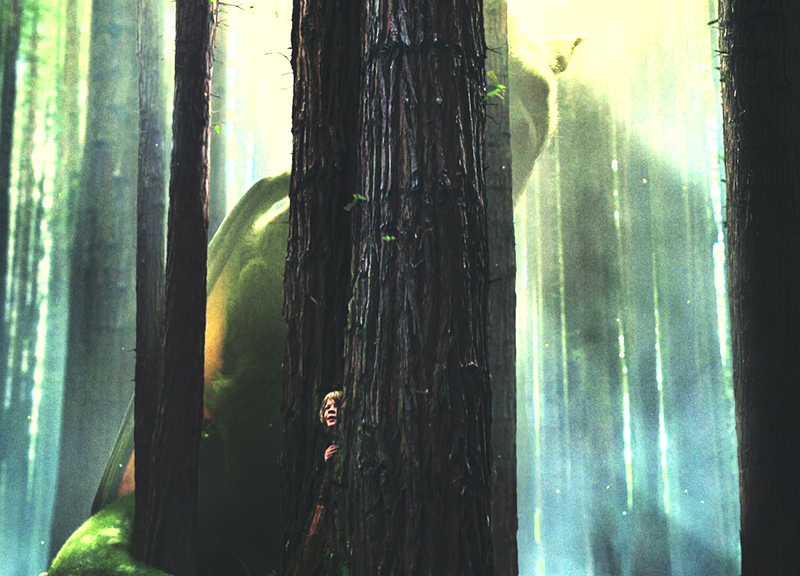 On Pete's Dragon And The Rest Of August's New And Repertory Film Releases.

It's still scorching outside, sure but the kids are about to head back to school (which means school speed zones for the rest of us, ugh) and there's not a lot left for the big studios to offer.

In fact, I'd say you're better off sticking to your arthouse and repertory theaters, especially the Texas Theatre. Their slate for this month is absolutely ridiculous, especially their 4K Summer Epics series, which features restored versions of Ran, The Bridge on the River Kwai and Lawrence of Arabia. If you're not feeling quite so high-brow, they've also got a showing of Urban Cowboy, complete with mechanical bull.

They've really stepped up their game over there lately.

This team-up of some of DC Comics’ baddest villains is the biggest gamble of the year. Succeed, and it will be a darkly funny antidote to all the other comic book movies out there. Fail, and it will go down as a notorious flop that hobbled the careers of an extremely talented cast. Our own Javier Fuentes was kinder than most critics, but even he acknowledges that it still doesn't get there.

Local wunderkind David Lowery made a strong impression with his gorgeous debut, Ain’t Them Bodies Saints. Now, he gets to step up to the big leagues with this Disney remake that looks closer to E.T. than the original film.

Pixar rightly gets a lot of credit for making animated movies that are consistently smart, funny and touching. But in almost every way, the geniuses at Laika are their equals. Their movies are all stop-motion and a lot weirder than those blockbusters, but they're also often more clever and progressive. Their latest is an original story that dabbles in ancient Japanese legends, as a young boy must track down a suit of magical armor to fight off vengeful monsters.

Based on an incredible Rolling Stone article that still seems too crazy to be true, War Dogs tells the story of two bros who negotiated a massive government contract to sell weapons to coalition troops in Iraq. Unsurprisingly, two twentysomethings with no experience in the arms business made a lot of mistakes. Todd Phillips (The Hangover) spins this disaster into dark comedy.

You know what we need more of? Dark fables set in Texas. There's Lone Star, No Country for Old Men and not a lot else. Here, Chris Pine and the vastly underrated Ben Foster team up to commit some heinous crimes in order to save their family farm. Jeff Bridges co-stars as the cop on their trail. The script comes from Taylor Sheridan, who wrote Sicario, one of the most unsettling movies of 2015.

This Sundance hit follows a kid (newcomer Markees Christmas) as he struggles to come of age as a black American living in Germany. Craig Robinson is the dad he sometimes can’t relate to.

This inspirational doc has gotten rave reviews, although I was a little more muted in my enthusiasm. It tells the story of former New Orleans Saints defensive back Steve Gleason, who fought back against a terminal ALS diagnosis. Clay Tweel also directed Finders Keepers, and he's able to find the common human truth beneath larger-than-life figures.

Oscar-nominated producer-writer James Schamus makes his directorial debut here with the first of two Philip Roth adaptations headed your way this year. (Ewan McGregor’s take on American Pastoral hits theaters in December.) This one's based on Roth's 2008 novel about a Jewish college student struggling with love, faith and the coming Korean War.

The Coens' debut is another one of those dark Texas fables I praised above — and in some ways, it's their best film. It's taut, funny and features frequent use of the Four Tops' incredible “It's the Same Old Song.” Frances McDormand, also making her debut, plays Abby, who finds herself in over her head after she and her boyfriend (John Getz) try to cover up a murder.

Even if we never got to see Orson Welles' true vision for this ultra-dark vision of society in the '50s, it would still go down as one of the greatest crime films of all time. In one of the worst casting decisions of all time, Charlton Heston plays a Mexican drug enforcement agent who teams up with Welles' wholly corrupt American police captain to investigate a murder. With all those caveats noted, it's still one of the best thrillers ever made.

So maybe, after all that, you need something a little lighter? The McKinney Classic Film Festival returns after its inaugural year, this time with a focus on screwball comedies. While I wish they were showing Bringing Up Baby, this is still one of the finest comedies from the era, with three of the greatest actors of all time. Jimmy Stewart plays a tabloid reporter in town to cover Katherine Hepburn’s marriage to a wealthy businessman, just as her ex-husband (Cary Grant) shows up to wreak havoc. This is the kind of movie people talk about when they say things like, “They don’t make 'em like they used to.”