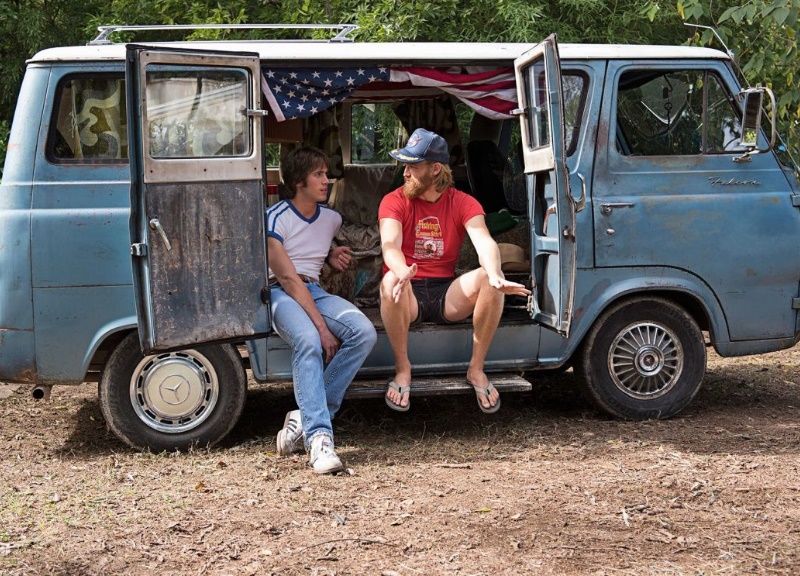 On Everybody Wants Some And The Rest Of The Weekend’s New Film Releases.

The Boss.
Director: Ben Falcone.
Writers: Ben Falcone, Steve Mallory, Melissa McCarthy.
Cast: Kristen Bell, Melissa McCarthy, Annie Mumulo, Peter Dinklage.
Playing At: Wide.
While it doesn't reach the comic heights of Spy, The Boss thankfully is much better than the dreadful lows of Identity Thief. Melissa McCarthy is at her comedic best when she's bold and brash, and she is wonderfully deranged here as Michelle Darnell, a multi-millionaire who loses it all when she's busted for insider trading. It doesn't all work, but it's consistently funny throughout.

Hardcore Henry.
Director: Ilya Naishuller.
Writer: Ilya Naishuller.
Cast: Sharlto Copley, Haley Bennett, Tim Roth, Will Stewart.
Playing At: Wide.
Told entirely in first person, this is bound to be a wild ride. The titular character is part-cyborg or something, and is out for revenge after his wife is kidnapped. Expect and absurd amount of blood and other bodily fluids. I'm hoping for a sense of glee, but I get a feeling it's just going to be a punishing experience after about 20 minutes. Here's what our Angela Jones had to say after seeing it earlier this week.

Demolition.
Director: Jean-Marc Vallée.
Writer: Bryan Sipe.
Cast: Jake Gyllenhaal, Naomi Watts, Chris Cooper, C.J. Wilson.
Playing At: Wide.
Jake Gyllenhaal completely reevaluates his life after his wife dies in a car accident. But of course, he does it only in the way people in movies or books do: by quitting his job and doing something drastic. In this case, he completely remodels his house and starts hanging out with his neighbor's kid. The cast is solid, so I'm hoping this rises above its middle-of-the-road stakes.

Everybody Wants Some.
Director: Richard Linklater.
Writer: Richard Linklater.
Cast: Blake Jenner, Ryan Guzman, Tyler Hoechlin, Wyatt Russell.
Playing At: Angelika Dallas, Angelika Plano.
The trailer looks super bro-y, but Richard Linklater has evolved a lot since his early days. His last three films (Bernie, Before Midnight, Boyhood) are some of my favorite movies of the decade. So I'm expecting great things from one of the best American filmmakers working today. Blake Jenner stars as Jake, who comes of age at UT in the early '80s. (So basically, this guy might be playing my dad.)

Too Late.
Director: Dennis Hauck.
Writer: Dennis Hauck.
Cast: John Hawkes, Robert Forster, Natalie Zea, Rider Strong.
Playing At: Texas Theatre.
John Hawkes plays a P.I. searching for a missing woman in one of the most visually arresting movies of the year. Too Late is only showing in 35mm, and each reel (about 22 minutes) is done in one take. It sounds gimmicky, but Hawkes can definitely pull it off.

The Clan.
Director: Pablo Trapero.
Writer: Pablo Trapero.
Cast: Guillermo Francella, Peter Lanzani, Lili Popovich, Gaston Cocchiarale.
Playing At: The Magnolia.
The Puccios were the creepiest family this side of the Mansons. They were a real-life gang in 1980s Argentina, focused on kidnapping rich kids and holding them for ransom. Expect some unflinching violence laced with a heavy dose of black humor. It was well-respected in its home country, serving as Argentina's official foreign language submission to this year's Oscars.

The Invitation.
Director: Karyn Kusama.
Writers: Phil Hay, Matt Manfredi.
Cast: Logan Marshall-Green, Emayatzy Corinealdi, Aiden Lovekamp, Michelle Krusiec.
Playing At: Alamo Drafthouse Dallas.
Now this is right up my alley. A couple invites a group of friends for a dinner, hoping to patch things up after an incident two years prior. Everyone seems happy to let bygones be bygones except for Will (Logan Marshall-Green), who seems suspicious of the whole situation. Is he just being paranoid or are there actually some nefarious plans for the evening? Our Javier Fuentes already knows the answer to that question and he definitely doesn't seem mad about it.

Butch Cassidy and the Sundance Kid.
Director: George Roy Hill.
Writer: William Goldman.
Cast: Paul Newman, Robert Redford, Katharine Ross, Strother Martin.
Playing At: Majestic Theatre.
Showing: Saturday, April 9.
One of the most purely entertaining movies ever made, this classic Western is one of those movies you just have to see on the big screen. There's incredible chemistry between Paul Newman and Robert Redford, and William Goldman's screenplay is jam-packed with wit. Blockbusters today could learn a thing or two from this movie.