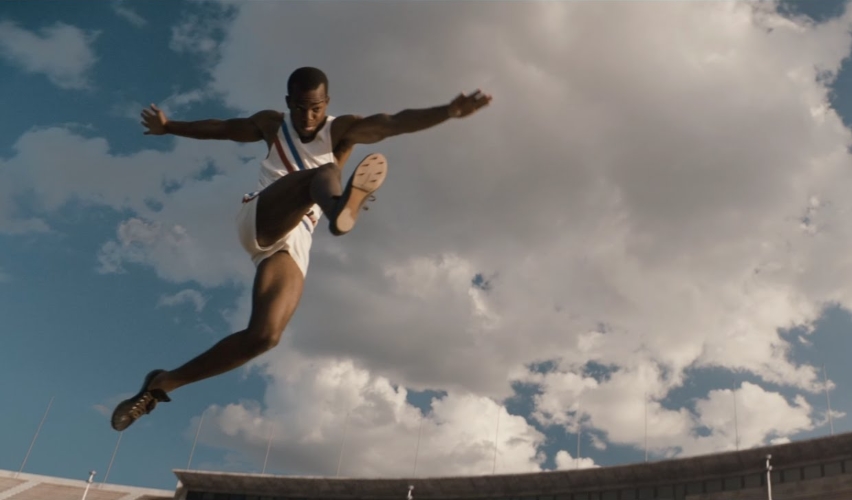 On Race, And The Rest Of The Weekend’s New Film Releases.

Race.
Director: Stephen Hopkins.
Writers: Joe Shrapnel, Anna Waterhouse.
Cast: Stephan James, Jason Sudeikis, Jeremy Irons, William Hurt.
Playing At: Wide.
Jesse Owens is one of America's greatest athletes, and his triumph at the 1936 Summer Olympics in Nazi Germany is one of the most inspiring stories of all time. So I hope that this biopic finds the nuance — and conflicted feelings of Owens — inside the story we all know. But it's going to take a while to buy Saturday Night Live alum Jason Sudeikis in a serious role.

Risen.
Director: Kevin Reynolds.
Writers: Kevin Reynolds, Paul Aiello.
Cast: Joseph Fiennes, Tom Felton, Peter Firth, Cliff Curtis.
Playing At: Wide.
Like the film within a film in the Coen Brothers' Hail, Caesar!, Risen tells the story of a Roman centurion who has to find the body of the man known as the Christ after his body disappears from the tomb. Will he have second thoughts about the man they call the King of the Jews?

The Witch.
Director: Robert Eggers.
Writer: Robert Eggers.
Cast: Anya Taylor-Joy, Ralph Ineson, Kate Dickie, Harvey Scrimshaw.
Playing At: Wide.
Now, we're talking. Highly anticipated since it premiered at last year's Sundance Film Festival, this is supposed to be the real deal of horror for real horror fans. Set in 1630s New England, a family of settlers is terrorized by a spirit living in the woods. Expect more unsettling scares than an abundance of blood and guts in this one, which our own Javier Fuentes is calling the first great movie of 2016.

2016 Oscar Nominated Short Films — Documentary.
Directors: Various.
Playing At: Texas Theatre.
If you've already seen the animated and live action shorts, the documentaries are all you need to catch up on before the Academy Awards. As expected, the shorts are all terribly depressing, including films about Ebola, paralyzed children, the Holocaust, honor killings and prisoners with mental illness.

Touched with Fire.
Director: Paul Dalio.
Writer: Paul Dalio.
Cast: Katie Holmes, Luke Kirby, Christine Lahti, Griffin Dunne.
Playing At: Angelika Dallas, Cinemark West Plano.
Katie Holmes and Luke Kirby star as two bipolar artists who meet-cute in a mental health facility but find that their romance gets a lot tougher once they're on the outside and they have to reckon with their own sanity. Oh, Joey, how far you've come.

High Fidelity.
Director: Stephen Frears.
Writers: D.V. DeVincentis, Steve Pink, John Cusack, Scott Rosenberg.
Cast: John Cusack, Iben Hjejle, Todd Louiso, Jack Black.
Playing At: Texas Theatre.
Showing: Saturday, February 20.
For the cynical music snobs among us, High Fidelity is probably the greatest romantic comedy of all time. As a former cynical music snob myself, I would be inclined to agree. This is one of the best comedies of the '00s and a flashback to that golden age many years ago when John Cusack still made fun movies. Also: Angina's tough!