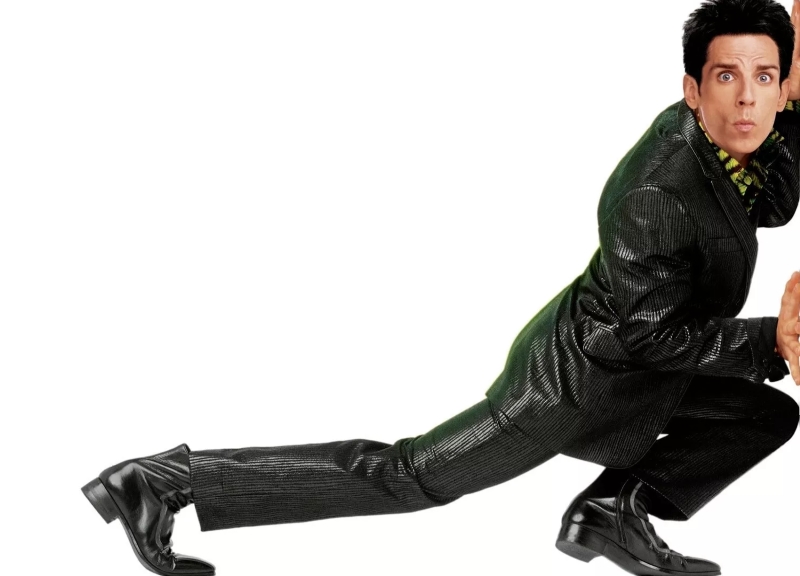 On Zoolander 2 And The Rest Of The Weekend’s New Film Releases.

Deadpool.
Director: Tim Miller.
Writers: Rhett Reese, Paul Wernick.
Cast: Ryan Reynolds, Ed Skrein, TJ Miller, Morena Baccarin.
Playing At: Wide.
After years in development hell, Deadpool finally makes its way to the big screen, with its gleeful violence and abundance of dick jokes intact. That may sound like torture to some, but I thought it was an entertaining blast. Ryan Reynolds was built for this role, and there are some clever nods to his troubled past with bringing other comic book characters to life. Here's my full review.

How to Be Single.
Director: Christian Ditter.
Writers: Abby Kohn, Marc Silverstein, Dana Fox.
Cast: Dakota Johnson, Rebel Wilson, Leslie Mann, Alison Brie.
Playing At: Wide.
Like Mulder on The X-Files, I want to believe. I want to believe this talented cast isn't stuck in a dated, reductive romantic comedy about how these single white ladies just need to find nice white guy to get over their recent break-ups, but first they need to PARTYYYYYYYYYYYYYYY. All four ladies are lovely, talented comediennes, but the script comes from the writers of the mostly terrible He's Just Not That into You and Couples Retreat. Fingers crossed.

Zoolander 2.
Director: Ben Stiller.
Writers: Justin Theroux, Ben Stiller, Nicholas Stoller, John Hamburg.
Cast: Ben Stiller, Owen Wilson, Penelope Cruz, Will Ferrell.
Playing At: Wide.
The original Zoolander is one of the funniest comedies of the '00s. But a sequel 15 years later just screams desperation, and the addition of Penelope Cruz and Kristen Wiig, plus the four credited screenwriters makes me think there were too many cooks in the kitchen. But I'd love to be wrong.

Where to Invade Next.
Director: Michael Moore.
Playing At: Angelika Dallas, Cinemark West Plano.
Michael Moore is a divisive figure, even amongst those who generally agree with his liberal ideologies. That's because his documentaries often ignore things like reality, in favor of getting his point across as loudly as possible. That's thankfully absent in Where to Invade Next, in which the rotund activist travels the globe to learn about revolutionary ideas like “not feeding our kids garbage at the school cafeteria” and “prosecuting the bankers who collapsed our economy.” I thought it was pretty exceptional, anyway.

Boy and the World.
Director: Ale Abreu.
Writer: Ale Abreu.
Cast: Vinicius Garcia, Marco Aurelio Campos, Lu Horta, Ale Abreu.
Playing At: Angelika Dallas, Angelika Plano.
A surprise Oscar nominee this year for Best Animated Feature, this Brazilian film tells the story of a boy who goes searching for his father, who leaves his family to try to find a job. The animation style is mostly hand-drawn and the dialogue is sparse, a far cry from most American animated films. But the visual and emotional spark is hard to deny.

It Happened One Night.
Director: Frank Capra.
Writer: Robert Riskin.
Cast: Clark Gable, Claudette Colbert, Walter Connolly, Roscoe Karns.
Playing At: Majestic Theatre.
Showing: Saturday, February 13.
There's no shortage of movie theaters offering a classic romance to watch for Valentine's Day. But few romantic comedies since this 1934 classic have nailed both parts of that label as well as Frank Capra did here. One of only three movies to win the “Big Five” at the Academy Awards (Picture, Director, Actor, Actress, Screenplay), It Happened One Night is pretty much the archetype for “they hate each other at first but eventually fall in love” movies.