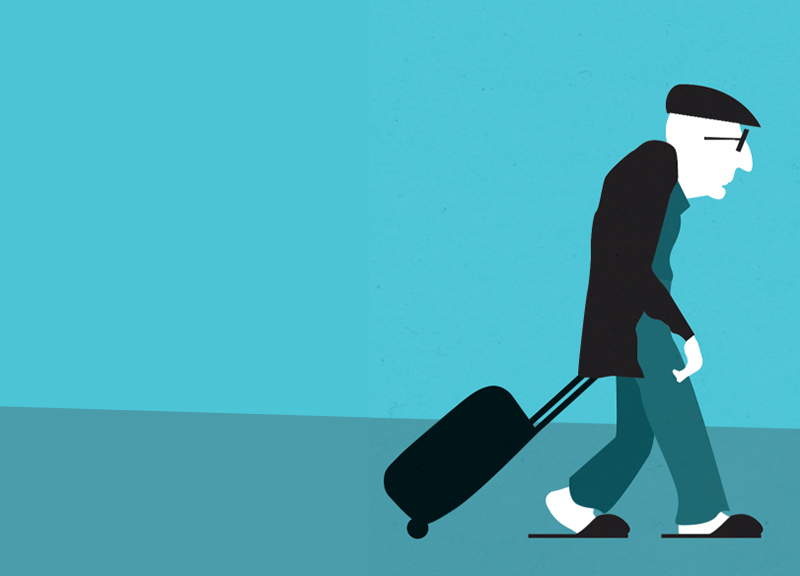 On Centenarian Greatness and The Rest Of This Weekend's New Film Releases.

Mad Max: Fury Road.
Director: George Miller.
Writers: George Miller, Brendan McCarthy, Nick Lathouris.
Cast: Tom Hardy, Charlize Theron, Nicholas Hoult, Hugh Keays-Byrne.
Playing At: Wide.
A serious burst of danger inside this CGI-infused mess of a summer, Mad Max: Fury Road is here to blow your freaking mind. And it sure does that, thanks to a focus on practical effects (those are real cars exploding and flipping over each other) and George Miller's decades of experience in staging action. But it's also got plenty to say about our present culture, as all dystopian movies do. Plus the cast is strong in a way you may not expect: Tom Hardy is his usual stoic self, but Charlize Theron kicks all the asses and takes all the names. It's the craziest movie of the summer, and everything that comes after this will have a lot to live up to. And our own Diamond Victoria adored it.

Pitch Perfect 2.
Director: Elizabeth Banks.
Writer: Kay Cannon.
Cast: Anna Kendrick, Rebel Wilson, Brittany Snow, Hailee Steinfeld.
Playing At: Wide.
It could be second verse, same as the first. But I'm hoping Elizabeth Banks, who makes her directorial debut here, gives this musical comedy a bit more life and doesn't just hit the same beats over and over again. The first film was consistently funny with Anna Kendrick as its bittersweet heart. Yeah, Rebel Wilson stole the show, but the entire ensemble brought fine sensibilities to the misfit group of a capella singers at the center of the story. This time around, the Barden Bellas look to claim the world title over the reigning German champs Das Sound Machine without looking like “a mess where heat has been applied.” And our own Angela Jones dug it.

Where Hope Grows.
Director: Chris Dowling.
Writer: Chris Dowling.
Cast: David DeSanctis, Kristoffer Polaha. McKaley Miller, Brooke Burns.
Playing At: Wide.
Where Hope Grows can at least say it cast an actual actor with Down syndrome (David DeSanctis) to play a character with Down syndrome. That at least puts it ahead of travesties like Radio, where Cuba Gooding, Jr. leaned into all the most atrocious affectations to play the title character. But this faith-based film, like all faith-based films, sacrifices quality acting and respectable writing in its attempt to preach to the choir. Here, Kristoffer Polaha is an alcoholic ex-baseball player who strikes up a friendship with the stock boy at the local grocery store. Spare me the emotional manipulation.

Iris.
Director: Albert Maysles.
Cast: Iris Apfel, Carl Apfel.
Playing At: The Magnolia, Angelika Plano.
Like Betty White, Iris Apfel is one of the coolest senior ladies still kicking. A fashion icon precisely because she refused to give a shit about being an icon, Iris will always be cooler than 99 percent of people ever. The late Albert Maysles directs this loving but cheeky tribute to her. So see it. Or don't. Iris doesn't need your approval.

The 100-Year-Old Man Who Climbed Out a Window and Disappeared.
Director: Felix Herngren.
Writers: Felix Herngren, Hans Ingemansson.
Cast: Robert Gustafsson, Iwar Wiklander, David Wiberg, Mia Skaringer.
Playing At: Angelika Dallas.
Quirky is as quirky does, and it doesn't get much quirkier than this Swedish import, based on an international best-seller about a centenarian who escapes his nursing home and makes off with a mob boss' cash. Who's going to suspect a little old man, anyway? Exactly. In its native Sweden, this caper is the highest-grossing film outside of The Girl with the Dragon Tattoo trilogy.

White God.
Director: Kornel Mundruczo.
Writers: Kornel Mundruczo, Viktoria Petranyi, Kata Weber.
Cast: Zsofia Psotta, Sandor Zsoter, Lili Horvath, Szabolcs Thuroczy.
Playing At: Fort Worth Museum of Modern Art.
Like Homeward Bound for folks who wrote their Master's thesis on post-Soviet Europe, this is a weird little movie that only exists in the middle of its own Venn diagram. After Lili (Zsofia Psotta) has her beloved dog taken from her and sent to a cruel shelter, the dog leads its own canine uprising in an attempt to be reunited with its master, all while also getting a little revenge on the humans who called it a mutt. The director used actual shelter dogs and trained them for months here, but some of them look more bloodthirsty than cuddly.

Area 51.
Director: Oren Peli.
Writer: Oren Peli.
Cast: Sandra Staggs, Glenn Campbell, Jelena Nik, Suze Lanier-Bramlett.
Playing At: Alamo Drafthouse.
The “found footage” style of horror could not be more played out at this point. Even if Oren Peli became a master of the art form with Paranormal Activity, I doubt he can do anything unexpected with this film, which features a group of conspiracy theorists breaking into the titular base. Plus, does anyone even care about “the truth” about Area 51 any more? Aliens are kind of old news, and no one's played that video game since the '90s.

Hot Fuzz.
Director: Edgar Wright.
Writers: Edgar Wright, Simon Pegg.
Cast: Simon Pegg, Nick Frost, Timothy Dalton, Jim Broadbent.
Playing At: Inwood Theatre.
Showings: Friday, May 15; Saturday, May 16.
Hot Fuzz might just be the best cop comedy ever made. Yes, it's better than Super Troopers or The Naked Gun. And it holds up, too: Simon Pegg and Nick Frost's odd couple performance still work likes gangbusters even years later. This film's hilarious and well-written and, frankly, if you don't like this movie, I question your judgment in every other area of life.