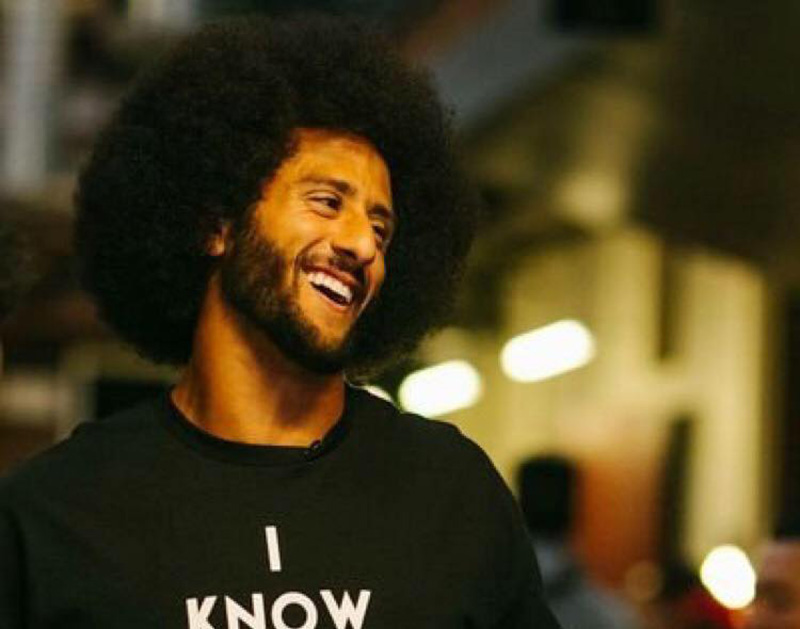 Mothers Against Police Brutality Received A Big Boost This Week Thanks To $35,000 In Donations From Colin Kapernick And Snoop Dogg.

Colin Kaepernick may not have played a single minute of this past NFL season, but the activist quarterback just scored some major points with us.

That’s because Kaepernick chose the Dallas-based Mothers Against Police Brutality nonprofit as the recipient of a $10,000 donation. The donation was announced yesterday, on the fourth day of the football player’s ongoing, 10-day-long #MillionDollarPledge campaign of charitable giving.

Even better? Once rapper Snoop Dogg heard of Kaepernick’s donation, he matched it. And then he tacked on an addition $15,000 more to bring the total donated to MAPB to $35,000 — a fact MAPB co-founder Sara Mokuria couldn’t be more pleased about.

“I was overjoyed,” Mokuria says when asked today for her thoughts on the donations. “For the most powerful athlete of our generation to acknowledge the work we’re doing goes beyond donations.”

And as for Snoop?

“Who doesn’t want money from Snoop Dogg?” Mokuria says, laughing. “The fact that Snoop Dogg wants to be involved is just icing on the cake. He’s a legend in his own right.”

The nonprofit posted the following video on Facebook, wherein Kaepernick announces that his fourth contribution would go to the Dallas nonprofit. Snoop also chimes in during the video, announcing his matching contribution:

THANK YOU to Mothers Against Police Brutality.They unite mothers who have lost their children to police violence.MAPB,thank you for everything you do!See what they will be using the $35k donation Snoop & I gave them for my #MillionDollarPledge on https://t.co/xr8M9wiOiq! #10for10 pic.twitter.com/mmgW8B6Im8

Mokuria says the donation will allow MAPB to continue supporting local families affected by officer-involved brutality incidents, as well as in its efforts to advocate for policy changes on both local and national levels.