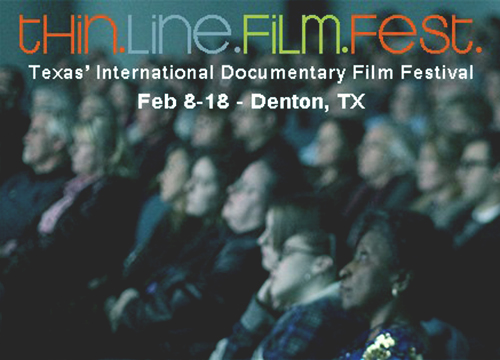 Steven Soderbergh's Final Feature and The Rest of This Weekend's Notable Screenings.

The master of sex, drugs, lies and videotape brings us his latest and (supposedly) last feature film, Side Effects. But does it cure what ails us from commonplace cinema, and send Steven Soderbergh out on top?

Penned by frequent Soderbergh collaborator Scott Z. Burns (Contagion, The Informant!), the film is a jarring look at the unraveling of a relationship between a young husband (Channing Tatum) and his wife (Rooney Mara) after the man returns home from a four-year prison stint for insider trading.

Battling depression and attempting to cope with her husband's re-entry to society, the woman is mandated to see a psychiatrist (Jude Law) after a psychotic suicidal episode. There, he's prescribed a series of anti-depressant medications. Yet, as there are different strokes for different folks, this drug cocktail brings certain side effects to the husband.

Just as the duo of Soderbergh and Burns did with Contagion, they create a close-up and kinetic feeling of paranoia here, both in sight and sound. Watching this story unfold, you feel like you're a fly on the wall, as if you're privy to the innermost, deepest and darkest secrets of our characters.

Sorderbergh crafts the film into an immersed experience; it unfolds before you just as it does its characters. He aids you in the understanding of what it must feel like to battle with that poisonous fog known as depression (with a major nod to the transformative performance from Rooney) and, just when you think you understand it, you realize you don't.

It's like you think you're watching one kind of film and then, all of a sudden, like some medicine abruptly taking affect, you're watching something entirely different. Really: Forget what you know about movies with this one.

As a collective audience learned long ago with the films of Mr. Soderbergh, what's on the surface and in the synopsis is only the beginning. As a director, he unmakes films, or, rather, goes against what “mainstream” movies have trained us to expect from our movie going experience.

If I were you (and I tried here to only give you what you absolutely needed to know), I'd go into Side Effects blind and without expecting much.

And see it you should: We're fortunate to have directors like Steven Soderbergh weaving their way through the machine to bring us something original and unconventional. He helped pioneer the modern indie genre, ushered in the video revolution and gave way to alternate distribution models.

Granted, some of his more recent films have been harder pills to swallow — Magic Mike and The Girlfriend Experience come to mind — but when you lay eggs, and you lay as many as he does, a few of them are known to crack. He's released 28 feature films in 24 years, and most, if not all of them are genre-bending and boundary breaking.

It's hard to believe that someone so inspired would put down his camera and walk away from the feature film world (we don't blame you if you're skeptical, either), but it gives you hope that whatever type of artistic medium he moves on to, he'll have offer up the side effects that he has on cinema the cinema world.

From Horrible Bosses director Seth Gordon comes this comedy centering around a mild-mannered guy (Teen Wolf Too's Jason Bateman) who decides to take a stand after a woman (Bridesmaids' Melissa McCarthy) steals his identity. This actually happened to me in college once. And I flew all the way to Africa to confront the so-called “prince” who was emailing me, requesting to borrow money. Only, once there, I discovered that we actually were related! And that's the story of how I found out I was Nigerian royalty and a millionaire.

Do you feel the need… the need for speed? Then you'll want to request permission for a flyby of an IMAX near you this weekend. The late, great Tony Scott's high-flying classic is landing in theaters for an exclusive six-day IMAX rerelease, complete with post-converted 3D to put you right in the cockpit with Maverick, Goose, Iceman and the rest of the gang. But beware: Homoerotic volleyball montages in 3D have been known to cause spontaneous jeans-to-jorts transformations.

The man who gave us such genre classics as Phantasm and Bubba Ho-Tep returns with this epic tale of two college students chosen to save the world from a time-traveling, dimension-jumping street drug that threatens the fabric of humanity. I can't be too sure, but I have a feeling one of our heroes doesn't make it to the final credits. Spoiler alert?

What a perfect double feature! The Texas Theatre is pairing the film that started it all for Don Coscarelli with his triumphant return! Kinda like John Dies, Phantasm is about a young boy, his older brother and an ice cream man taking on a mortician with a wicked side arm who aims to bring the world to its end. If you've never caught the 1979 classic — filled with corpses-turned-alien-dwarf-zombies, other dimensions and a haunted house of a mausoleum — then this is as good of a opportunity as you'll ever have. I must warn you, though: The terrifying and tall Angus Scrimm will haunt your dreams. Because, as the film's original tagline states, “If this one doesn't care you, then you're already dead.”

Hey, hey, hey, hey! Oh, Breakfast Club, how could we ever forget about you John Hughes' tale of teen angst and destiny during a Saturday detention session is a classic only made more bitchin' when you see it on the big screen. So go — and with your fists raised high in the air. It doesn't matter if your'e the brain, the athlete, the basket case, the princess or the criminal. Actually, if you're a criminal, you're probably not welcome. But the rest of you are fine.