Can Kyoto Lo-Fi Live Up To The Hype? 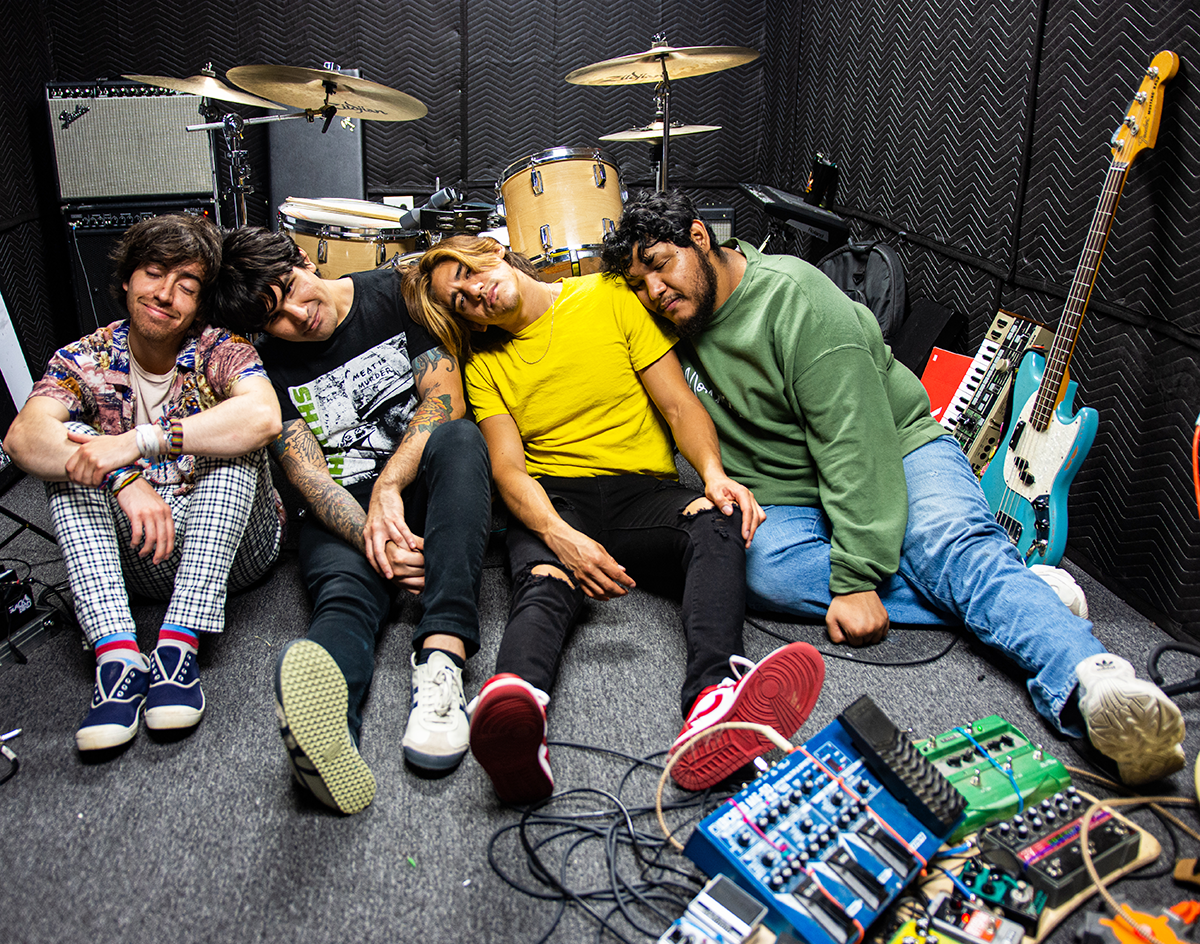 With The Release Of Its Debut Album, Dallas’ Most-Lauded Indie-Rock Band Of The Last Couple Of Years Is Ready To Fully Bloom.

For the last four years, and with just a handful of songs to its name, Kyoto Lo-Fi has been able to plug a re-energizing lifeline into Dallas’ indie-rock veins.

Now, the band is ready to make up for lost time.

On Friday, September 4, the band — made up of guitarist/vocalist Nico Caruso, bassist Paul Arevalo, guitarist Gabe Santana and drummer Nehuen Erazo —  will finally drop its debut album, It’s An O.K. Life. The release trails a rain of praise from local music taste-makers; the band’s been lauded by local radio stations KXT and Alt-103.7, and was even voted Best Indie-Rock Act at the 2020 Central Track Music Honors.

“We’ve gotten our hands dirty in the Dallas scene,” Erazo says. “And now we’re seeing the rewards of that. It’s being acknowledged and it’s fucking amazing.”

The Kyoto boys had been chipping away at It’s An O.K. Life for over a year before finally recording it at the end of 2019. They laugh at the fact that bands who’ve only been together a year or so comparatively seem to already be on what feels like their seventh album. They understand that they’ve taken their time with this project, to be sure.

Still, while the album is surprisingly ephemeral as it comes in at just six songs — and that includes the pre-released tracks of “Godot” and “Flowering Boulder.” Produced by Greg Muzljakovich of Blue 13 Productions, the album, though terse, is a healthy offering of the band’s self-described “post-indie” sound.

That might seem like a bit of a broad umbrella genre, but that wide appeal is also what has made the band one of the most promising young acts in Dallas in recent memory.

“Gabe actually mentioned the term ‘post-indie’ as a joke once,” Caruso recalls with a laugh. “But with our music, the [genre] labels are just disappearing left and right in every regard. It’s a mesh of a lot of things.”

At least for the moment, the music isn’t like what’s being heard even at a national level. That’s not to say, though, that there aren’t easy semblances to be made of the early 2000s rock bands that so clearly influence the band.

What separates Kyoto Lo-Fi from the countless bands you know of that are just an arrangement away from being a tribute band to The Strokes, though, are the additional, more subtle and understated influences of the band’s culture: Caruso is from Ecuador, Erazo from Argentina, Arevalo from Mexico and Santana is from the U.S. 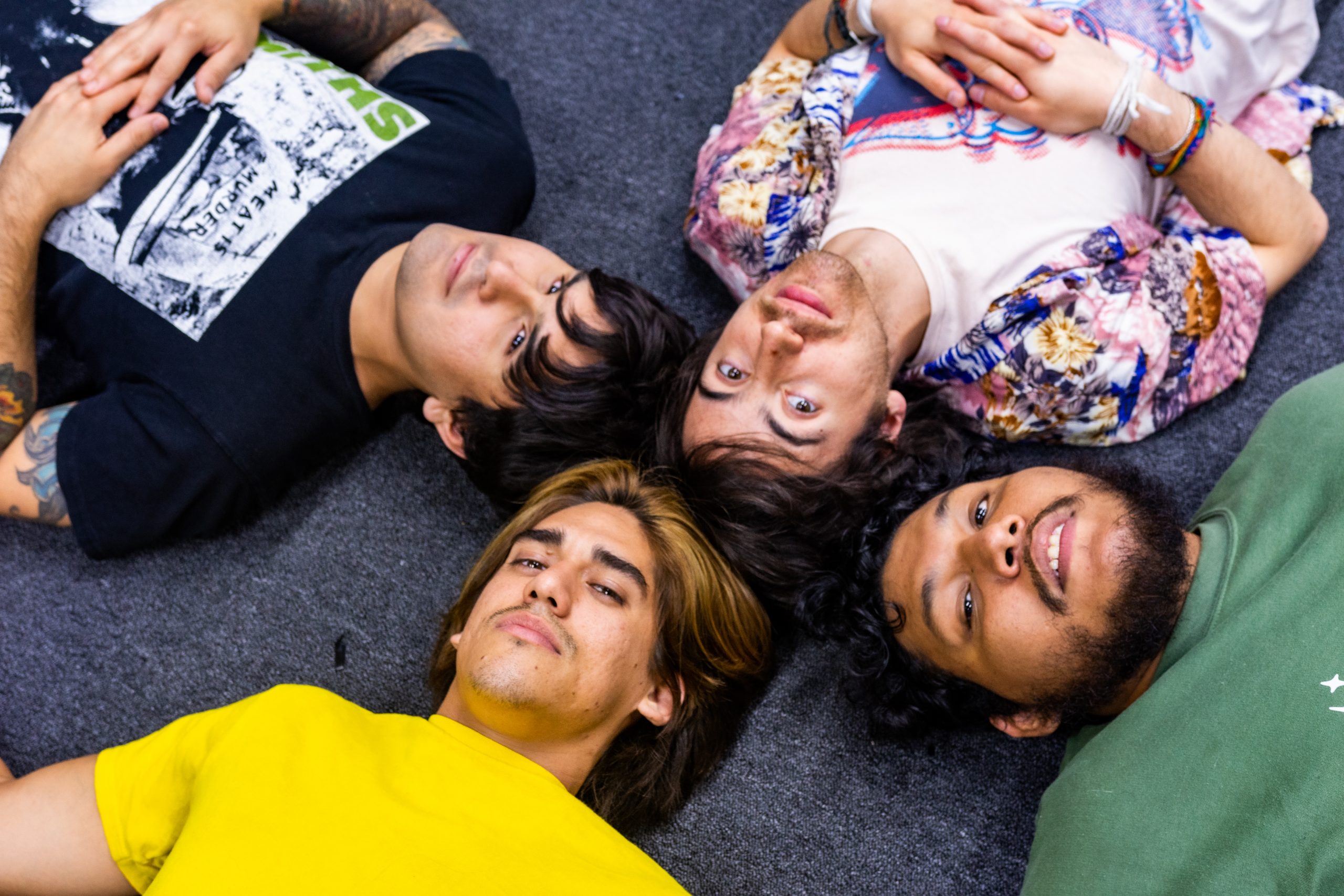 That diversity is something all of Kyoto Lo-Fi’s members beam with pride over — especially Erazo, who is vocal about his status as a DACA recipient.

“It’s not conscious, at least not in the moment when we’re writing a song,” Caruso says. “But I’m not trying to push it away at all.”

Caruso writes all of the band’s lyrics, but never until the band has pinned down the instrumentals. Much of It’s An O.K. Life juggles themes of insecurity and unrequited love to Santana’s silvery guitar parts and Arevalo’s deep bass lines, which are contrasted by Erazo’s heavy-handed drum beats.

“Flowering Boulder” is particularly laced with riddles of Spanish rock and South American folk music. At some points throughout the new album, their sound even emits shades of ska — something the band says it has also noticed but doesn’t run from. They wave off the negative stigma of ska as a U.S. thing; it’s still a hugely popular genre among Latin Americans.

Caruso and Erazo count artists they grew up listening to as some of their favorite bands to this day — such as ’80s Argentine rockers Soda Stereo, Gustavo Cerati and Enanitos Verdes. Whether they overtly realize it during the songwriting process, those acts had a clear influence over the Kyoto Lo-Fi sound.

To box Kyoto Lo-Fi in as a band relying on regional influences would be negligent, though. Erazo recalls catching shows from North Texas rock pillars like Sealion, Pearl Earl and the now-defunct War Party in his pre-Kyoto days, and dreaming of what he hoped to one day channel as a musician himself.

Even so, Caruso and Erazo are quick to downplay the idea that they’re carrying any sort of Dallas indie-rock torch.

“When we started I was like ‘I want to be a staple in Dallas,’” Erazo says. “But it’s hard to say when it was your dream [back then] and now you’re in it.” 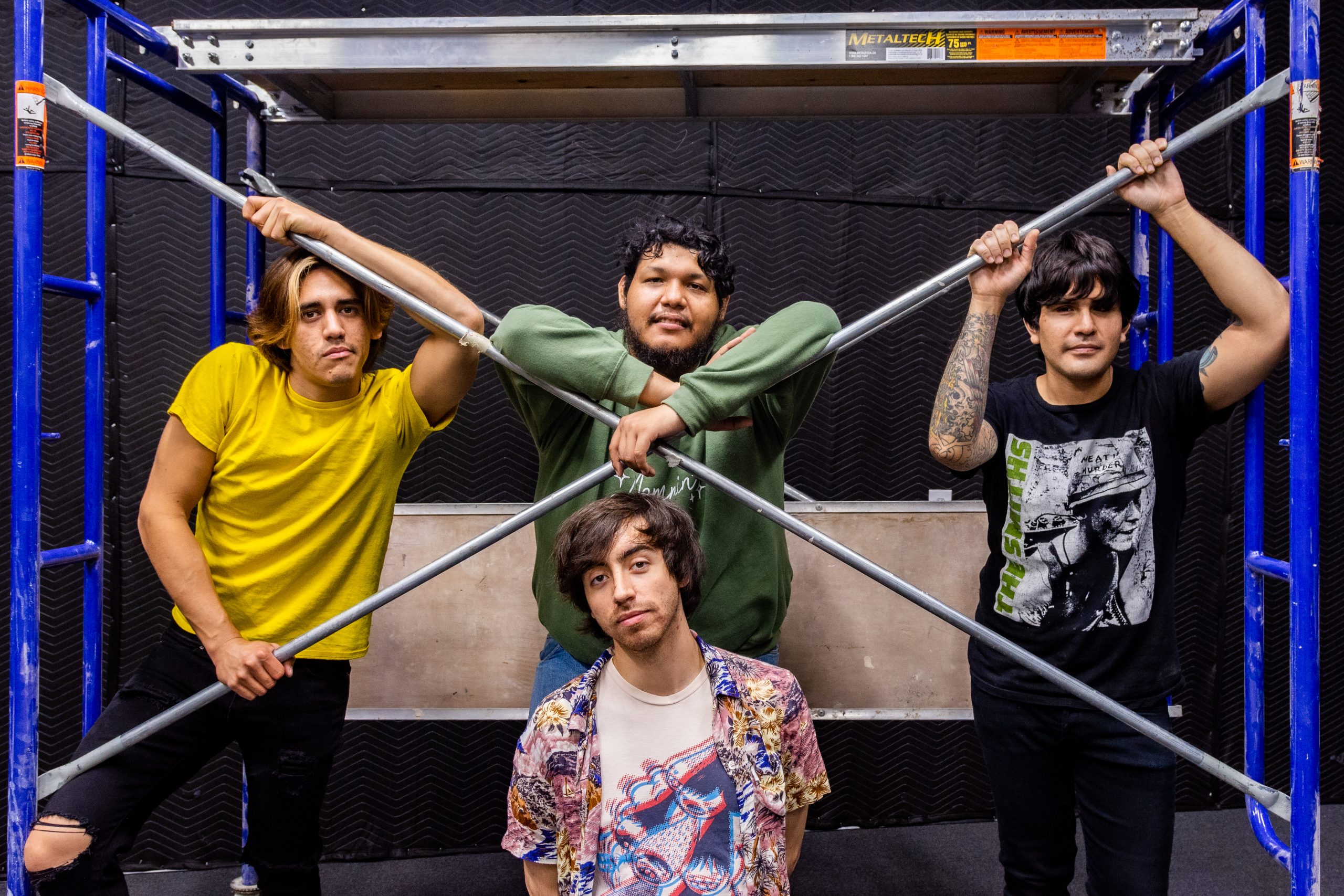 Kyoto Lo-Fi’s trajectory to the spotlight as a newly appointed band to watch in Dallas might have slightly puttered out a little bit due, of course, to the ongoing coronavirus pandemic. At the top of the year, the band signed with Dallas label Field Day Records, joining a roster that also features the Georgia pop-punk band Cartel, the Nashville-based singer Will Pugh and Dallas’ own Bryce. Then the world shut down right as the band was initially planning to drop It’s An O.K. Life and celebrate it with an opening slot on a show headlined by Los Angeles’ Wallows.

Still, with the newfound support of a label behind them, even Caruso — the self-proclaimed Debbie Downer of the group — concedes that the band doesn’t have the time to consume itself with any pessimism about the road taken to It’s An O.K. Life‘s release. Erazo, much more of an optimist, is just happy the moment his band’s so long waited for has finally arrived.

“Now that we’re finally at the dance,” Erazo says. “I want to enjoy the dance.”

With any luck, others will too.

Adds Erazo: “These past couple years have been us building ourselves, learning how to record, learning what our sound is. Now we’re gonna really show what Kyoto has.”

Kyoto Lo-Fi’s It’s An O.K. Life is out on all streaming platforms on Friday, September 3.