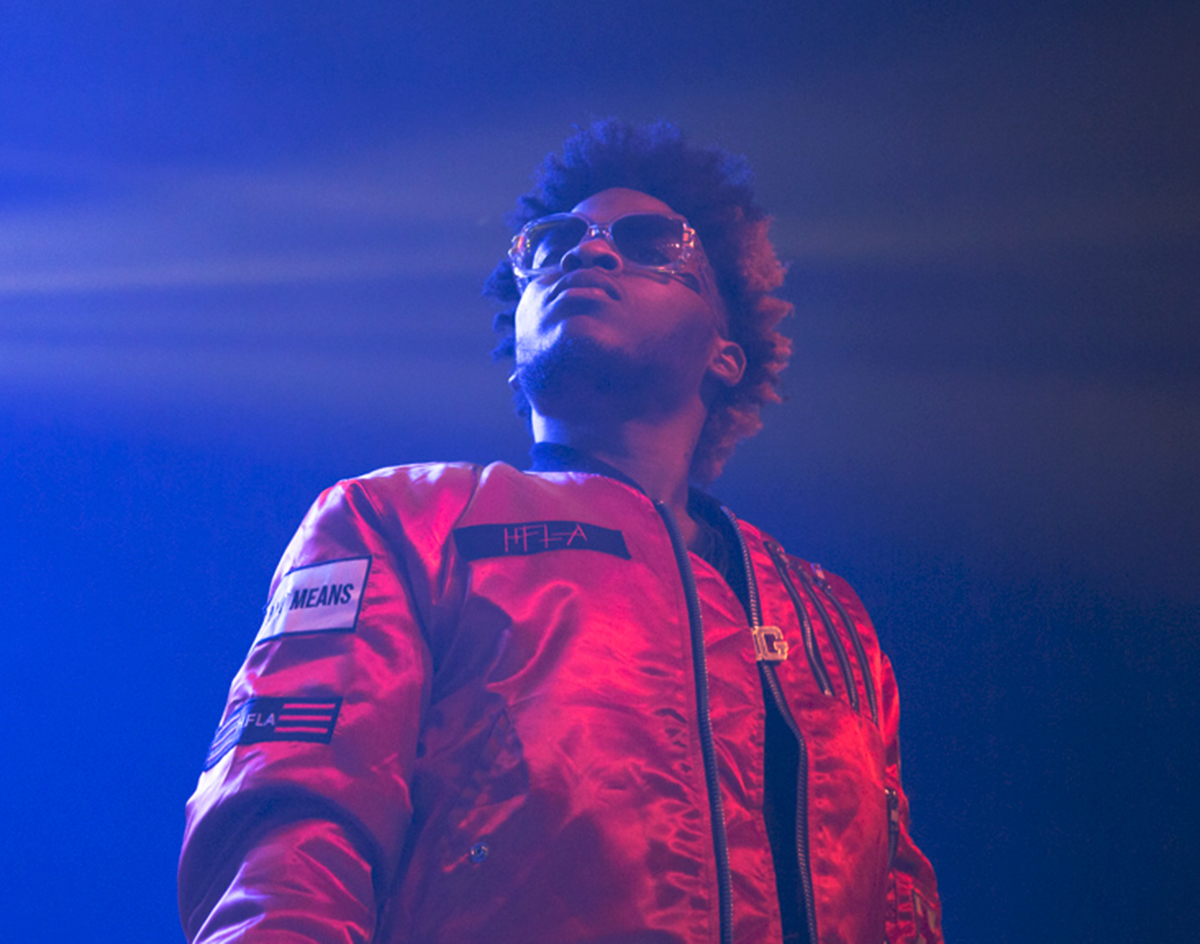 This Week, Go Yayo Fought His Way to the Top.

There are many ways to promote new albums — or mixtapes, as it were. Just ask Go Yayo, who put out another fire tape in the past week.

Good reviews on sites like ours? Those will net you clicks and positive feedback.

Pretty much single-handedly saving 2 Chainz and T.I.’s clusterfuck of a Bomb Factory show? That’ll score you loads more in the way of kudos.

But if it’s real notoriety you’re seeking, there’s a third route to take — starting fights with far bigger names in the rap industry.

Go Yayo understands that well. Backstage at that aforementioned Bomb Factory show, he and his crew beefed with T.I.’s crew — and, much to the internet’s delight, the whole thing was caught on video.

#GoYayo gets in to scuffle with T.I. people last night in Dallas ? pic.twitter.com/MoyxruwsOh

For his antics, Go Yayo scores his first-ever No. 1 spot in our weekly, local music power rankings.

He narrowly edged out 20-time champ Erykah Badu, who collabed with D.R.A.M. on the “Broccoli” rapper’s new album.

Loads of others on this week’s list dropped new albums, EPs and singles this week, too. You can check those out over here. Some highlights among those include Leon Bridges’ backing singer Brittni Jessi, Pentatonix, Bowling for Soup and Zane Williams.

Leon’s method of sliding into this week’s Rankings was slightly more positive than former Pearl Jam drummer Dave Abbruzzese, who threw a fit after he was snubbed from the Rock and Roll Hall of Fame ballot. And Deep Ellum’s harmonica man Jack Gulledge was robbed at gunpoint, initially losing his instruments, though he later got them back. 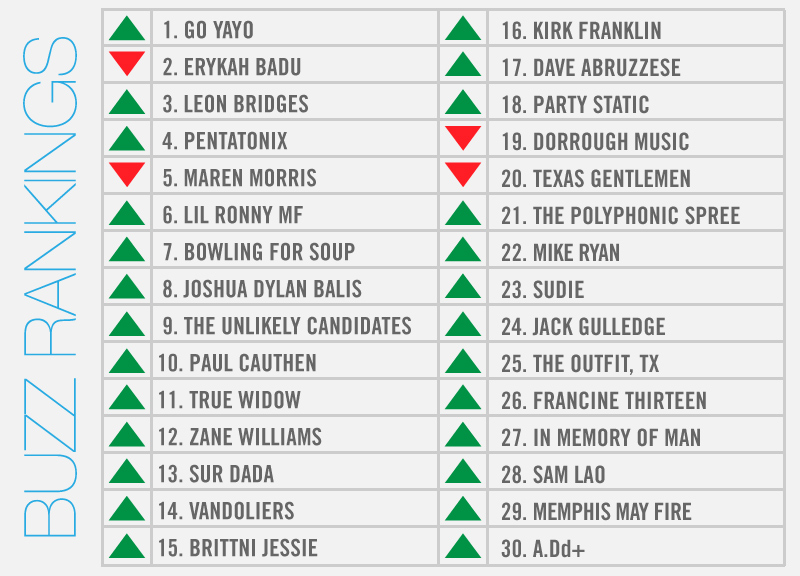