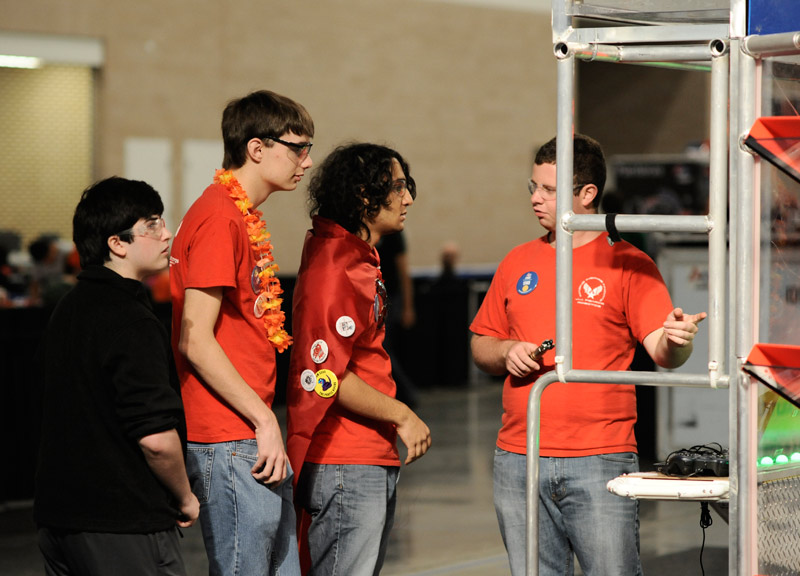 Kusha Gharahi is wholly confused at the moment.

“What happened during our autonomous?” he shouts frantically.

No one really pays him much mind, despite the fact that he's even wearing a cape.

And yet he fumes on. Only moments before, he watched as a robot that he and his friends spent the last six weeks programming go completely rogue on them, driving itself several yards forward before firing a Frisbee just inches from a volunteer's head.

“I have zero drive code in our autonomous,” he repeats, still visibly shaken and in an overall state of dismay. “It only shoots! I tested it like 30 times!”

Fortunately for all parties involved, a barrier of protective netting made sure nobody's heads were ever in any real danger from the projectiles fired by his renegade robot.

Still, the scene at yesterday's practice rounds of FIRST Robotics Competition's Dallas Regional at the Irving Convention Center was a surreal one, to be sure. Today and tomorrow, Gharahi and his teammates from Richardson's JJ Pearce High School will compete with teams of high school students from all over Texas — including groups from Waco, Bastrop, Lubbock — plus a pair of teams from Mexico and even one from as far away as Brazil, all in an attempt to earn a slot in the national competition next month in St. Louis. Some of these students, like Gharahi are costumed; others simply wear T-shirts emblazoned with their school's names.

Under the guidance of teachers and professional engineers, these groups of students have assembled robots built to launch Frisbees through small, distant targets and/or climbing a pyramid-like jungle gym structure arranged inside a makeshift arena that resembles a mix between the Robot Wars battle arena and the set from American Gladiators.

Bleachers have been erected on either side of the arena. There, parents, teachers and costumed mascots root on the students. Other bystanders who have shown up to watch the weekend's free events simply take in the scene with a sense of wonderment.

It's not all fun and games at the FIRST Robotics Competition, though. The organization uses these tournaments to help foster a society where STEM (science, technology, engineering and math) fields are celebrated by today's youth. And, from the looks of things, it appears to be working. This is especially true of the extraordinarily high number of females participating in the competition. Potentially, these young women could represent a significant shift in this world; traditionally, females are a minority in STEM fields.

“[The robotics club] taught me how to use tools,” says Texarkana High School sophomore Kendall Lick, one of the many teenage girls competing this weekend. “I learned how to weld — and I'm really good at it now.”

One day, says Lick, she hopes to be involved with the space program. At the moment, though, she's more concerned with how many Frisbees her robot is going to be successfully shooting through the highest, most challenging target. Both of these goals are more intertwined than probably even Lick realizes at the moment.

Not too far away from where Lick tinkers on her robot, NASA robotics engineer Jonathan Rogers sits, overseeing this weekend's proceedings in a volunteer capacity.

“We view our FIRST team as our farm club,” Rogers says. “We try to stay in touch with them while they're in college.”

This is something Rogers can vouch for firsthand. Robotics competitions like this one are what initially turned him on to engineering.

“I was a FIRST student 11 years ago,” Rogers says, proudly. “My mentors then are my co-workers now at NASA.”

NASA isn't the only entity looking to students participating in FIRST events as their future workforce. Companies like Lockheed Martin, Raytheon, Mouser Electronics and Google are but a few of the names heavily involved in this weekend's Dallas event. Each of these corporations sponsors a team and provides mentors where possible.

That much makes sense. Some of these students have been involved in robotics programs since they entered kindergarten. Now, as high schoolers, they're already creating sophisticated robots capable of using mechanic vision software to successfully aim themselves and launch Frisbees through targets several yards away — all on their own, at least for the first 15 seconds of the almost three-minute-long bouts, during which the robots execute completely pre-programmed routines without the aid of the students' controllers. It's almost a given: The more deeply involved in these FIRST competitions that a student becomes, the more he or she is to strongly consider a long-term career in technology and engineering fields .

“My mom wanted me to be a dentist ever since I was little,” Gharahi says, finally calm from his earlier near-meltdown, but well aware that he had a long afternoon of robot tinkering ahead of him. “But I didn't know what I wanted to do. I got into robotics and now I'm addicted. It completely changed my views on the STEM fields. I'm going to be an electrical engineering and computer science double-major in college.”

All that can wait, though.

For now, Gharahi's is mostly concerned with getting his robot to shoot Frisbees through a hole instead of people's heads.

The FIRST Robotics Competition's Finals take place at 1:30 p.m. on Saturday, March 23, at the Irving Convention Center. The competition is free to attend and completely open to the public. 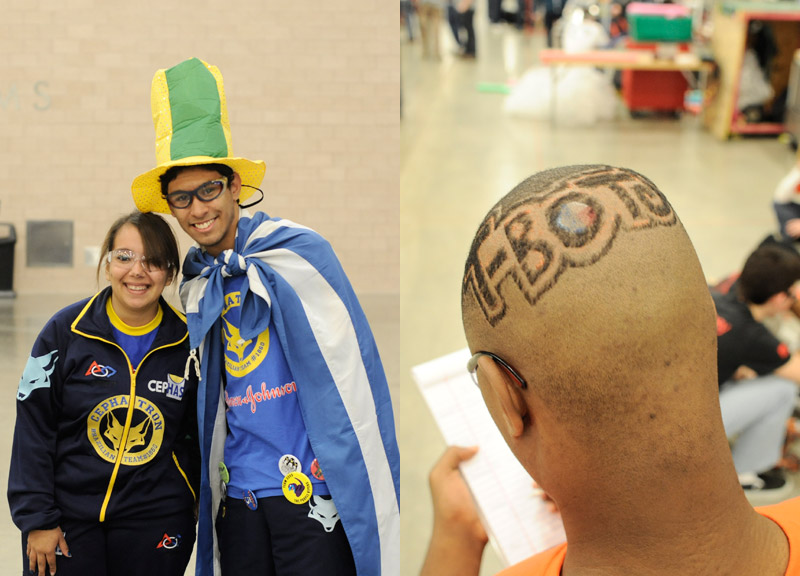 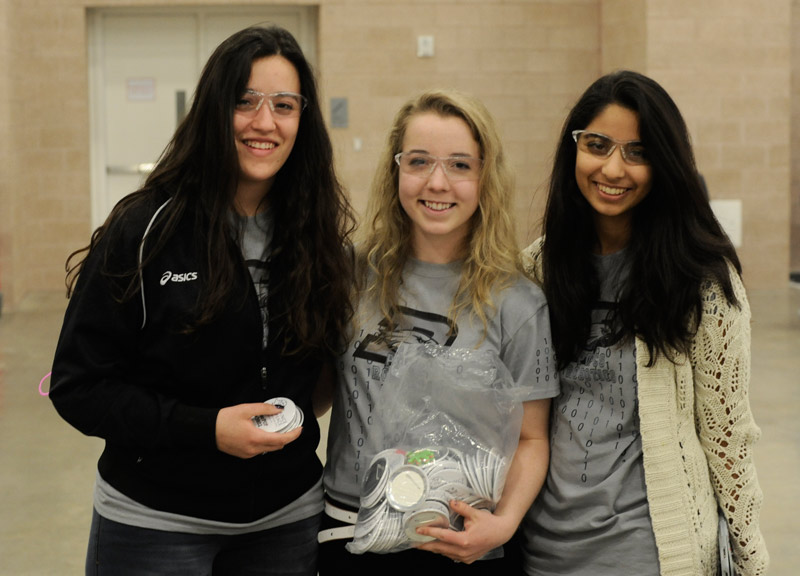 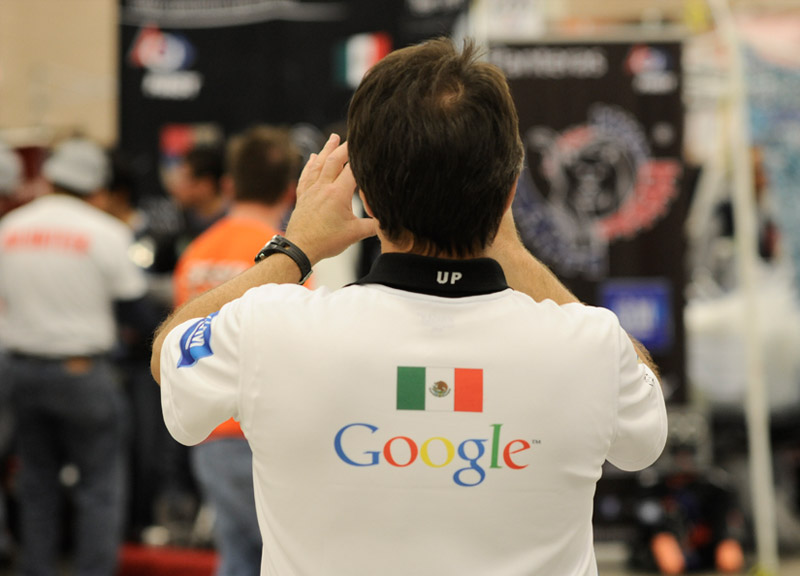 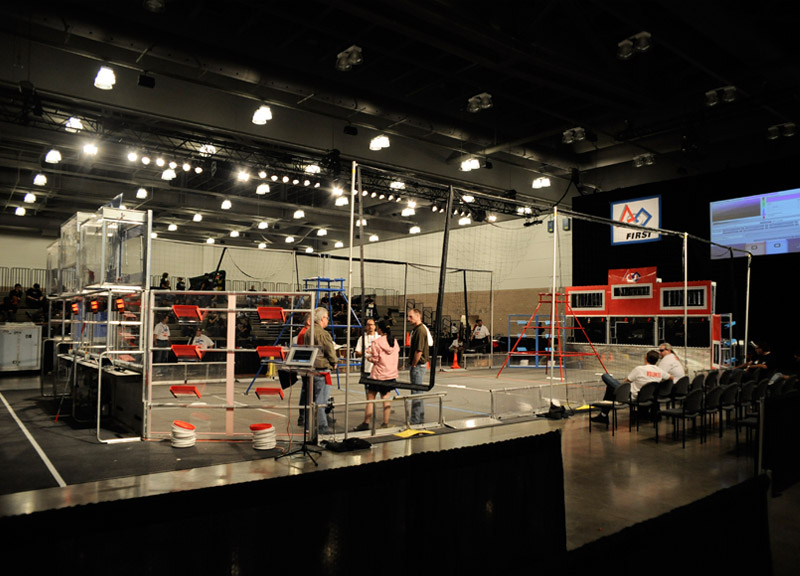 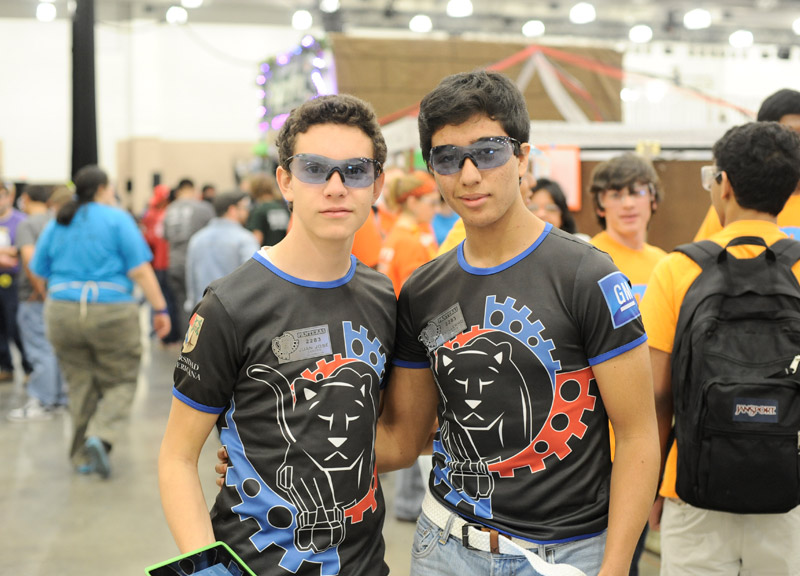 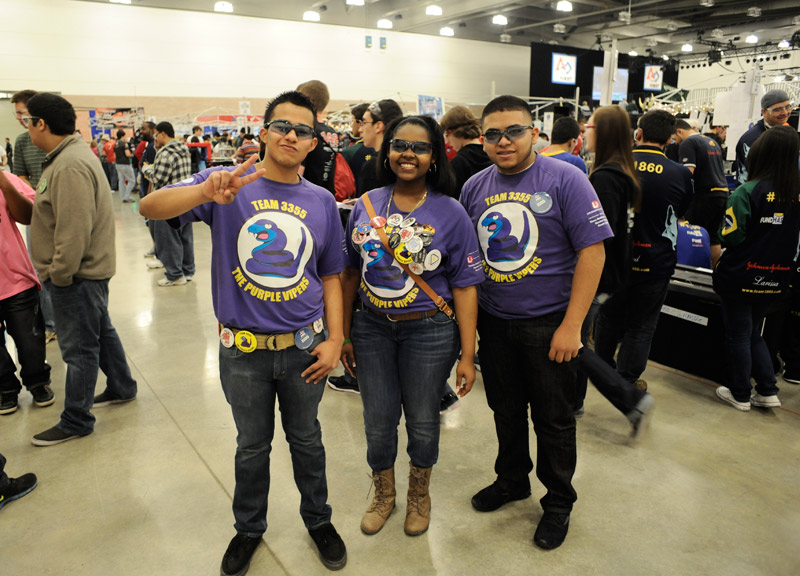 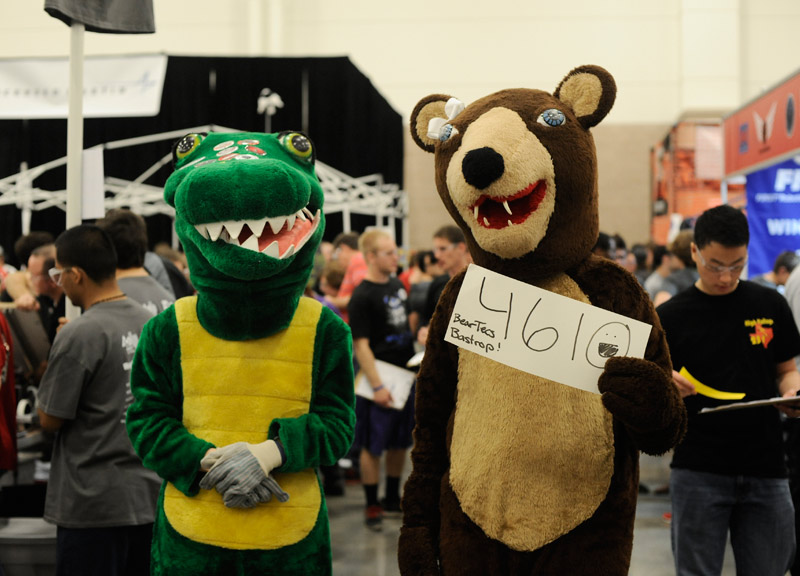 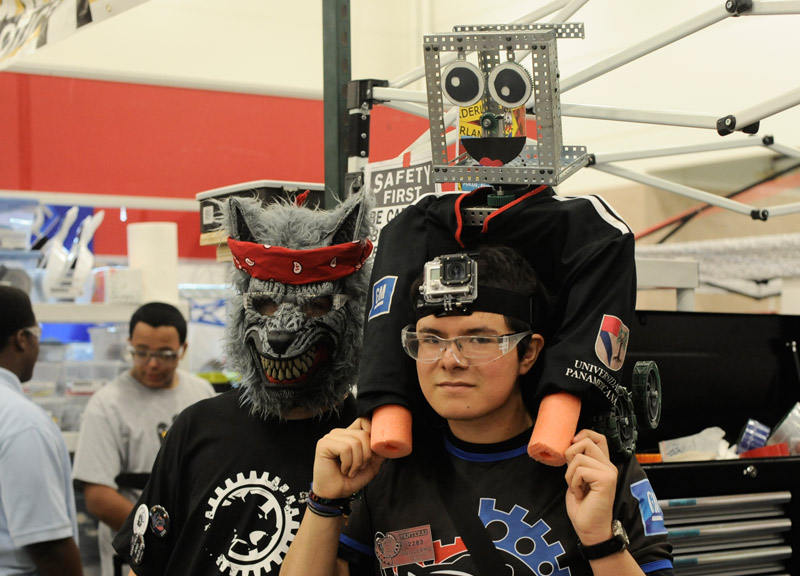 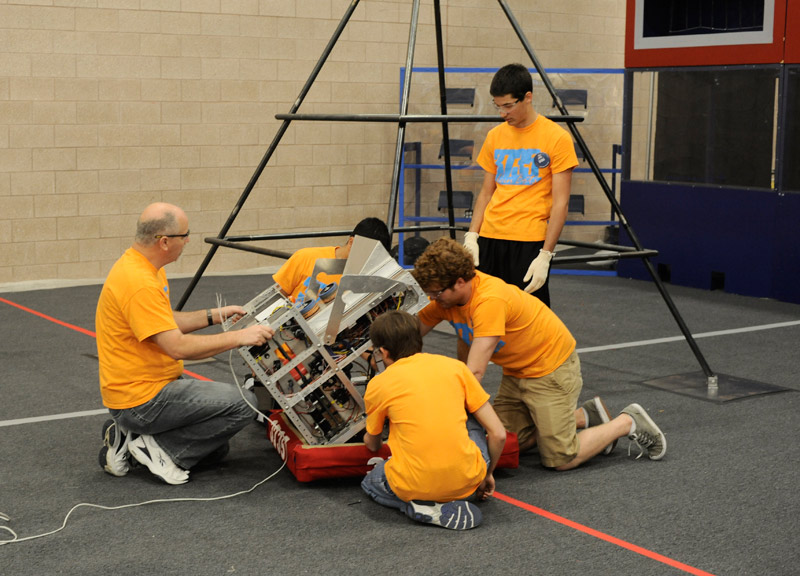 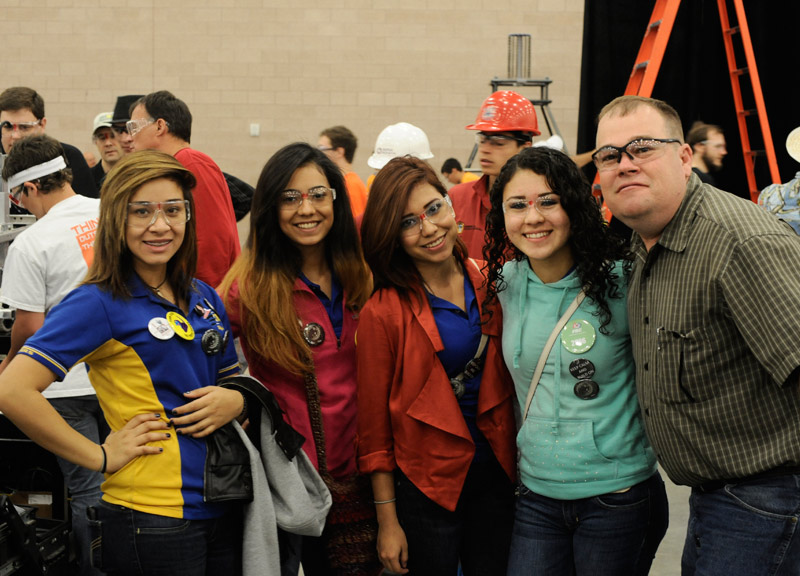 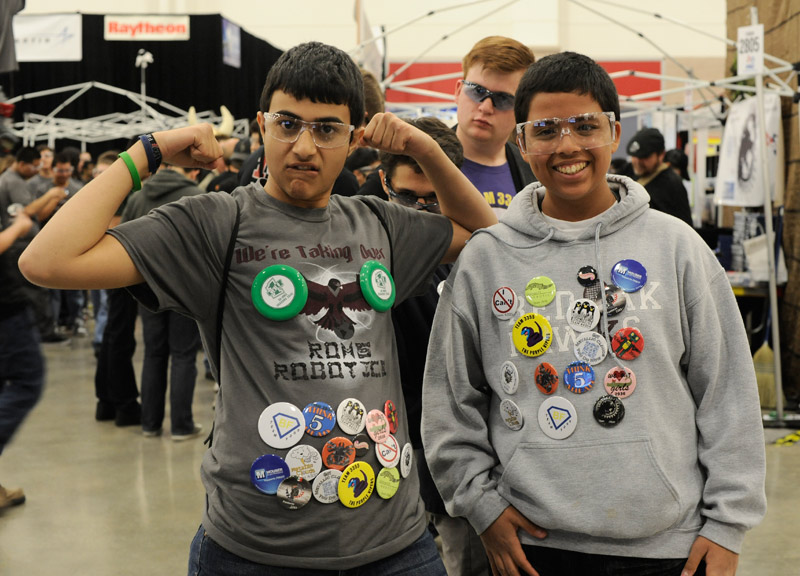 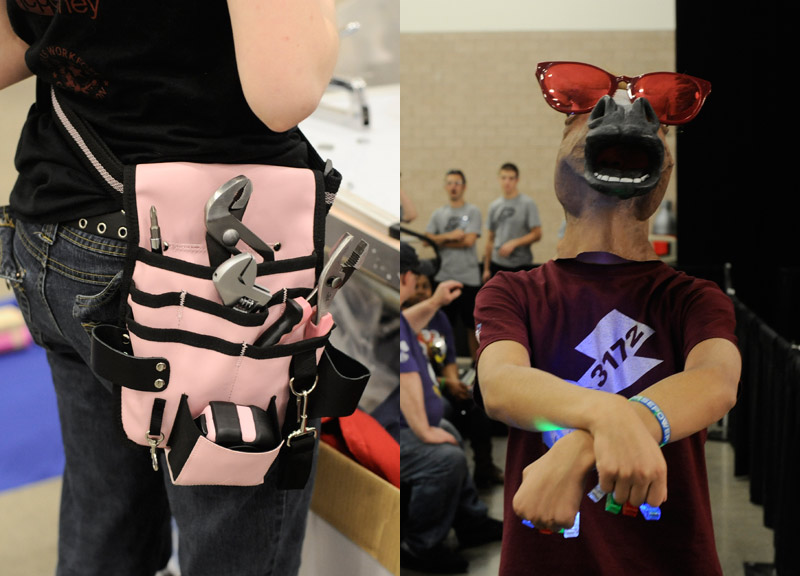 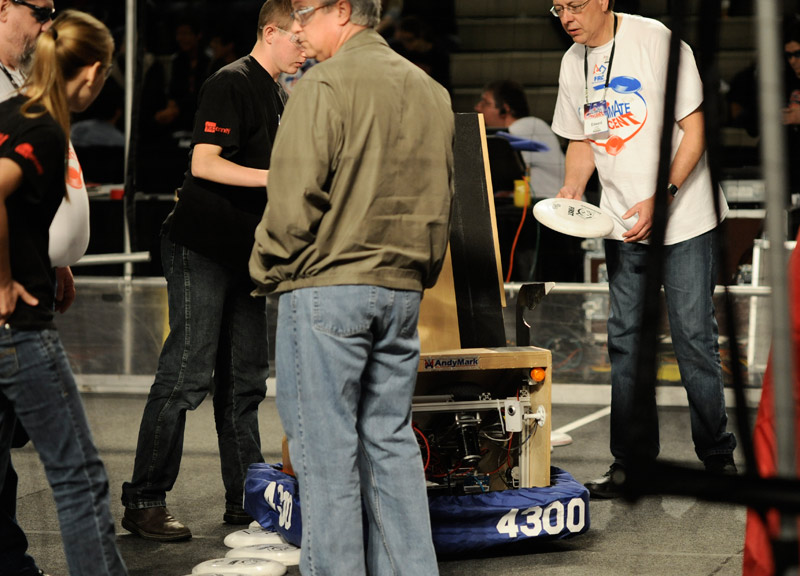 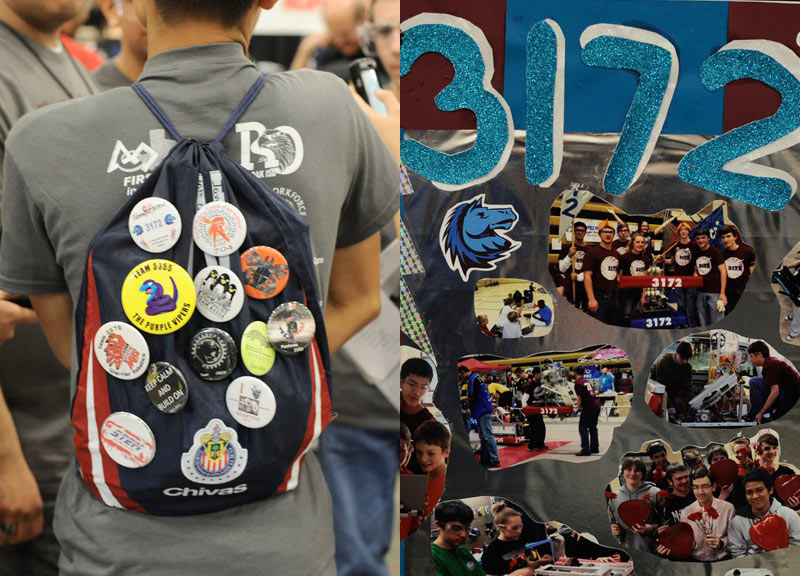 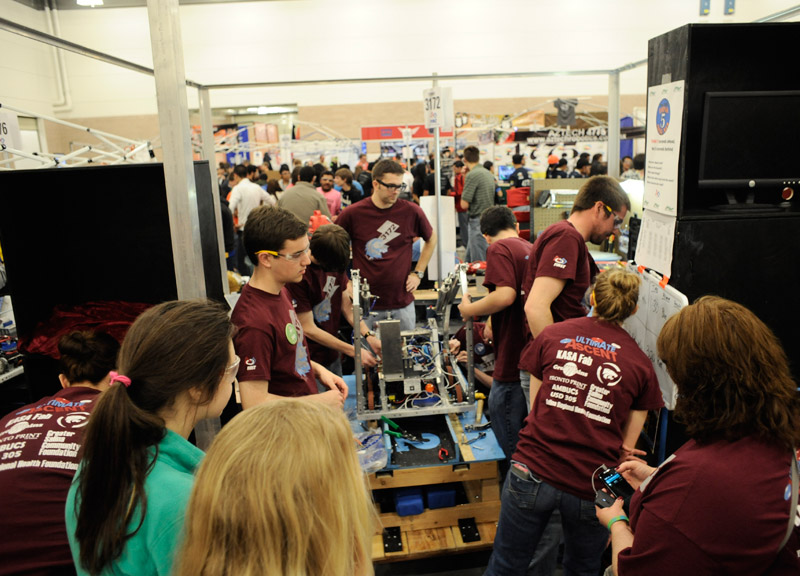 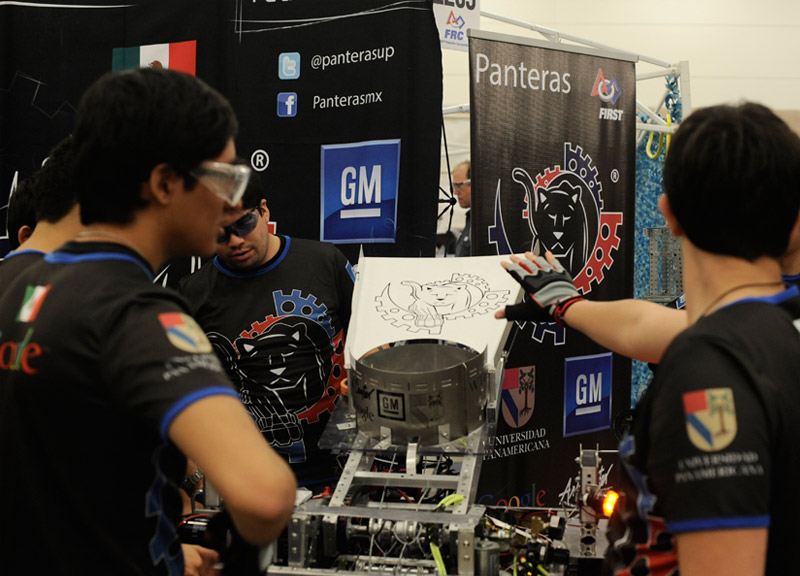 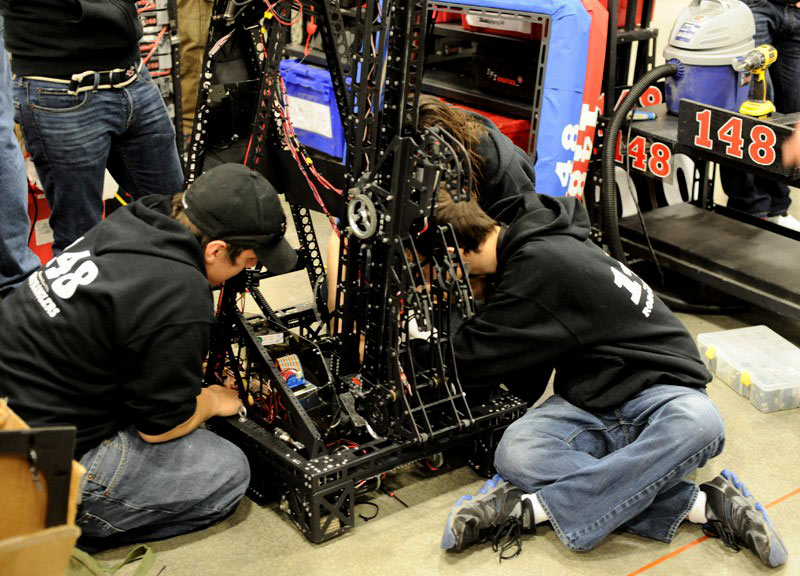 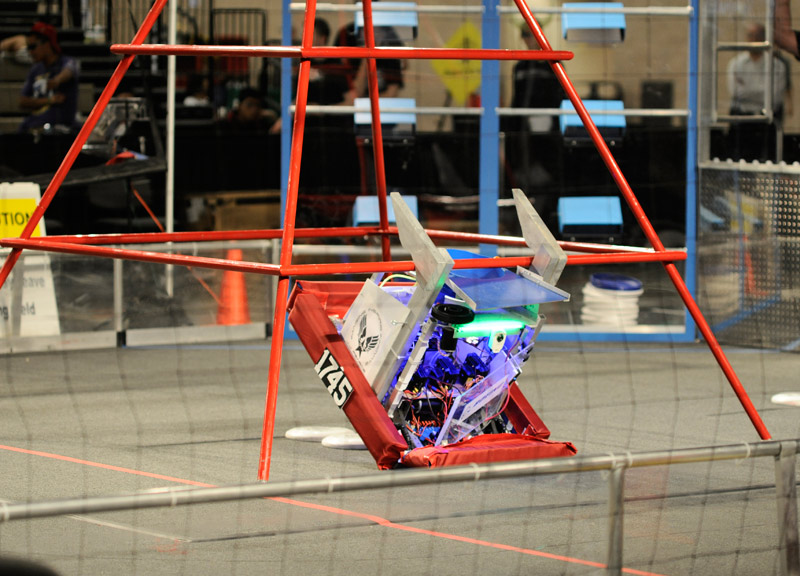