Blame It On The Rain. 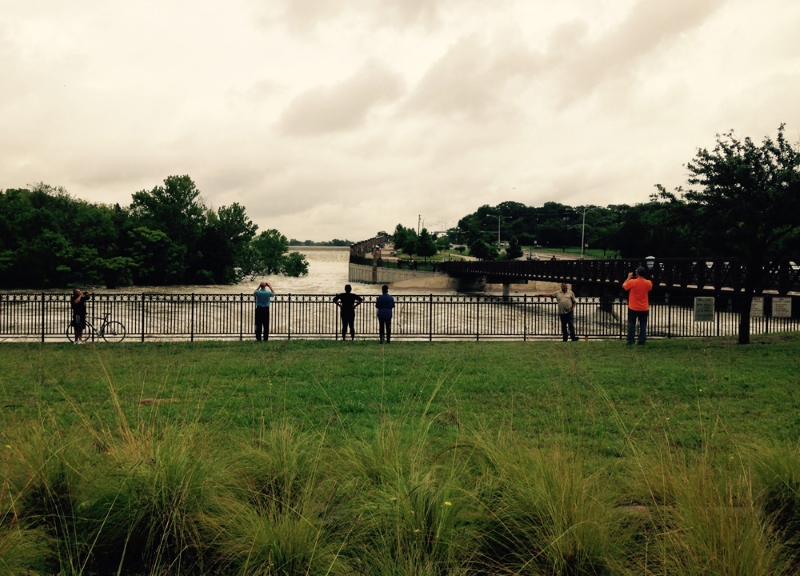 The White Rock Lake Spillway Was Raging This Morning.

Wandering down to gawk in wonder at the White Rock Spillway the morning after a big storm is a tradition probably about as old as the spillway itself.

This morning, there were perhaps more folks than usual, given last night’s most recent torrential outpouring. When we arrived to stare at the water all slack-jawed for ourselves, we found every spot in the parking lot full and cars lined up on both sides of the street as far down as we could see.

Yeah, some of this was because so many other people were down there snapping pics. But some, too, can be attributed to the fact that some of the parking lot and sections of the trail were under water.

In any case, we’ve never seen it raging like this. 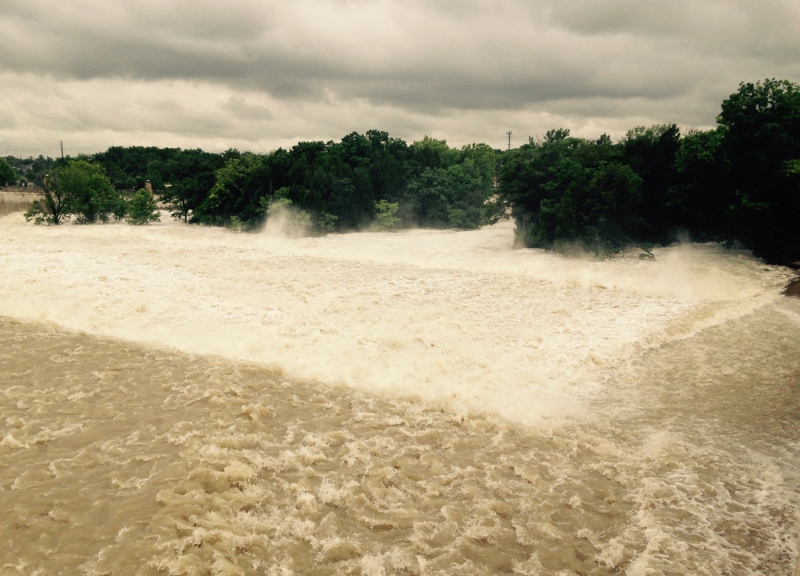 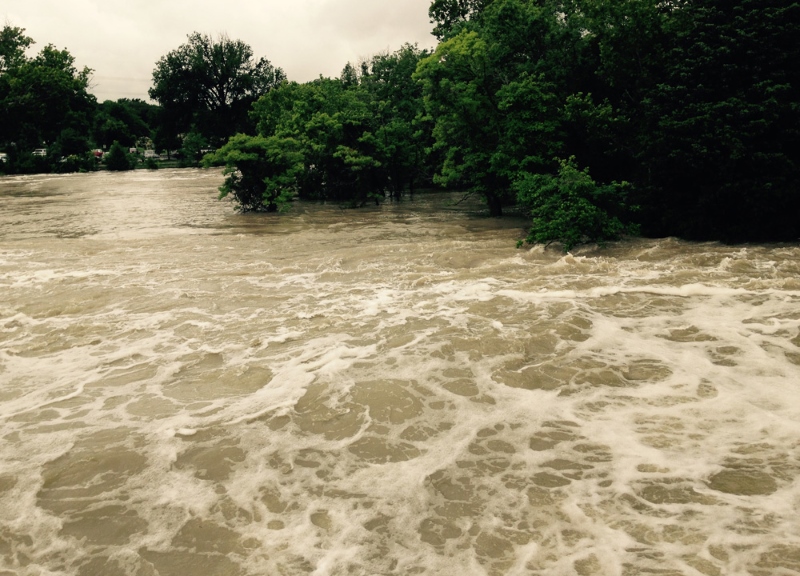 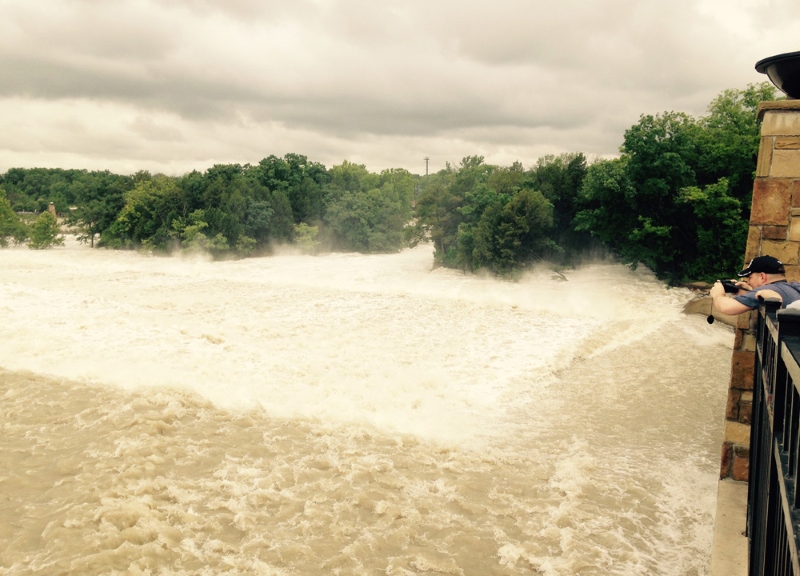 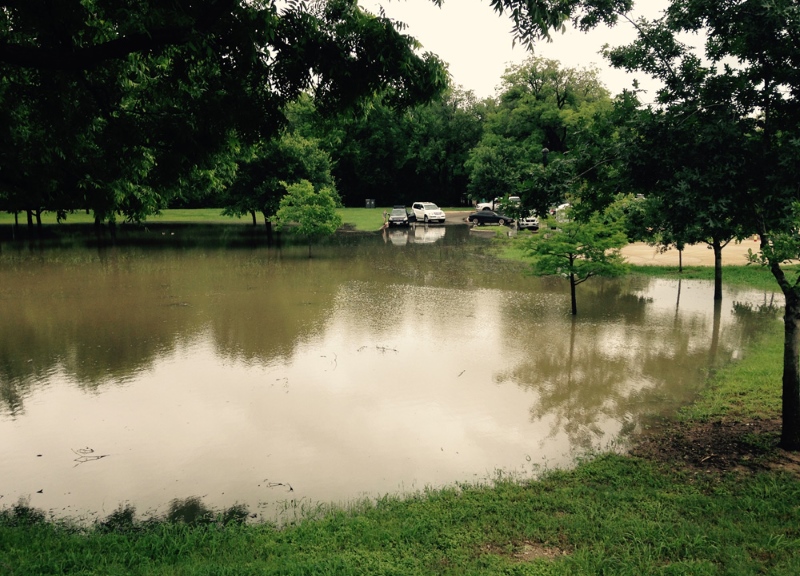 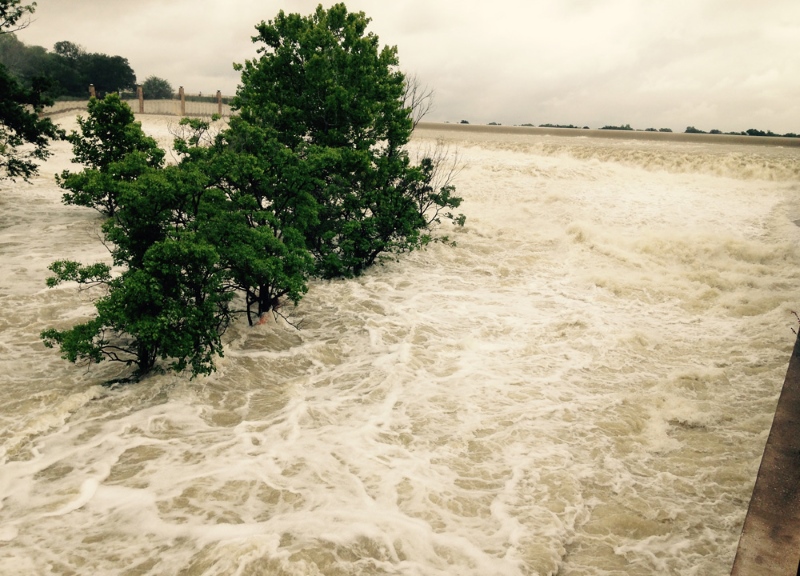 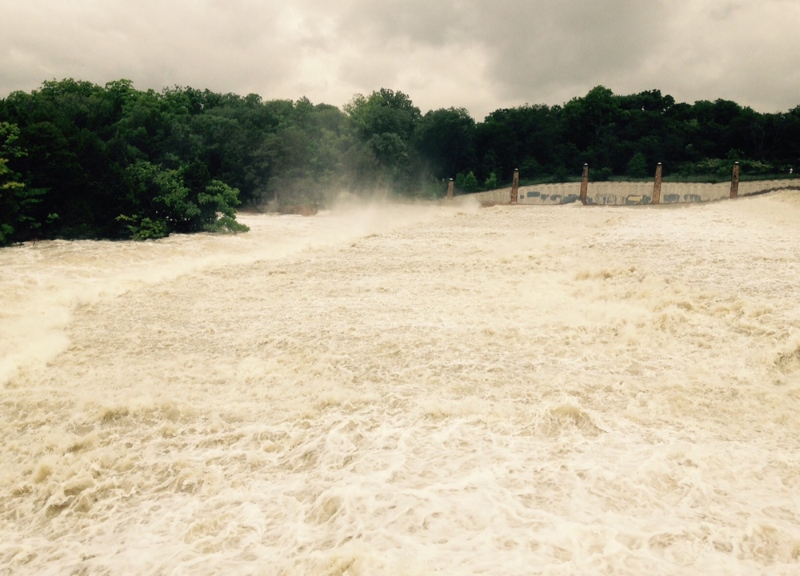 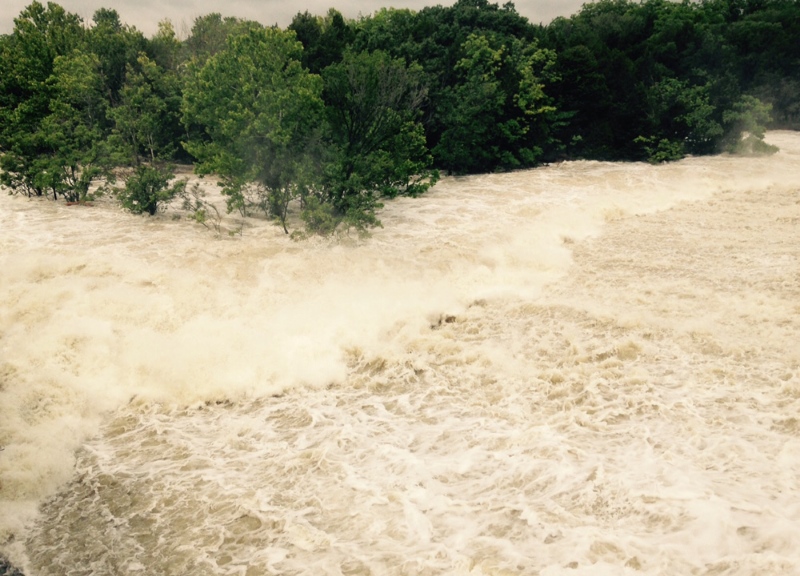 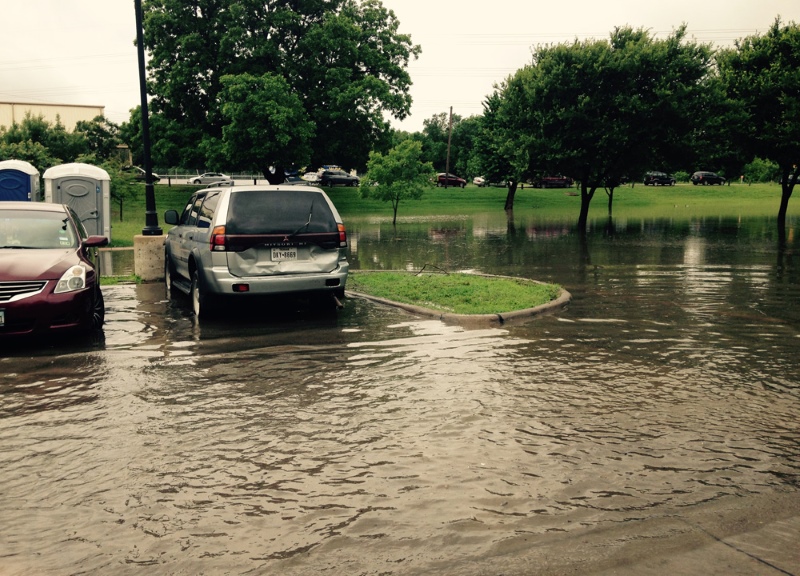 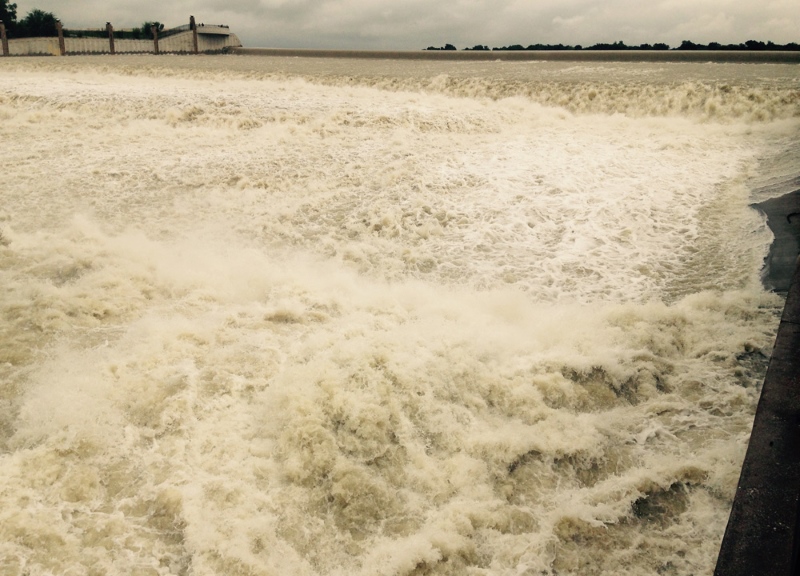 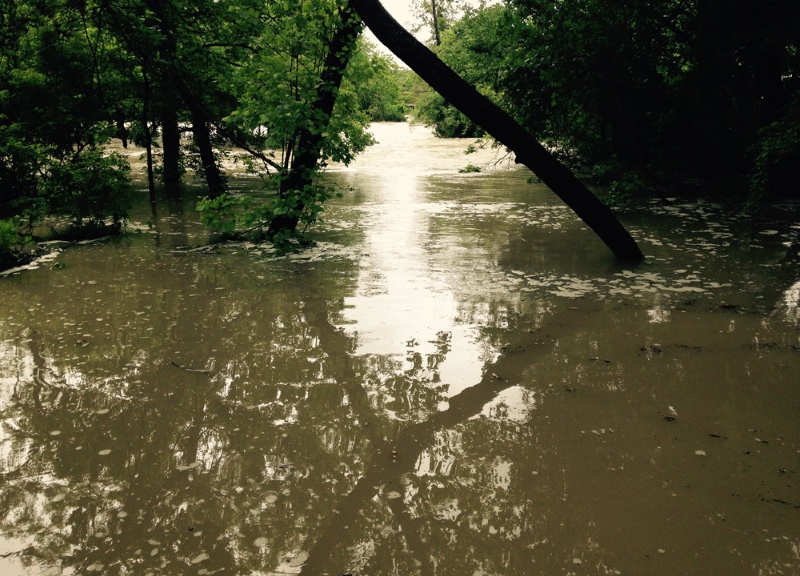 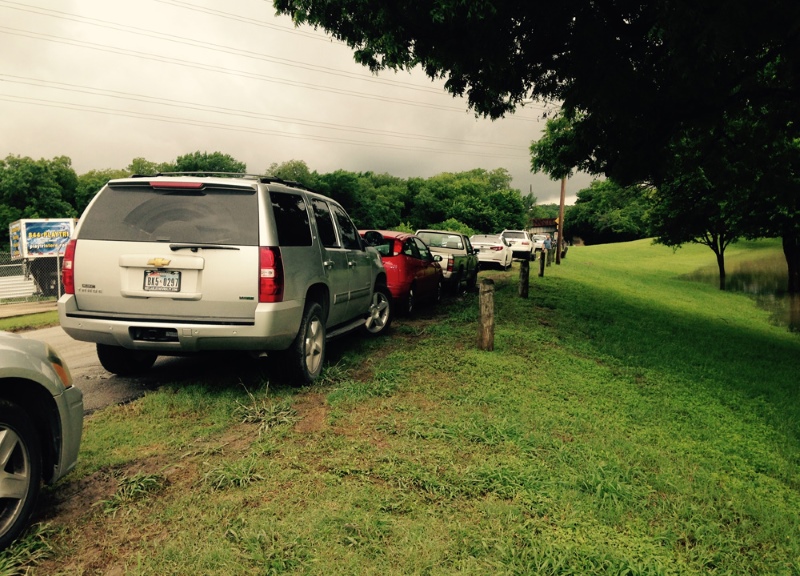 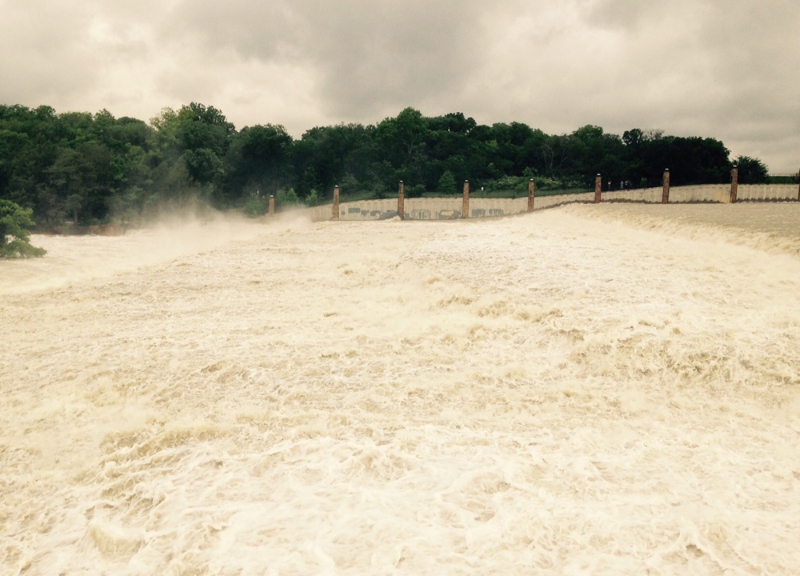 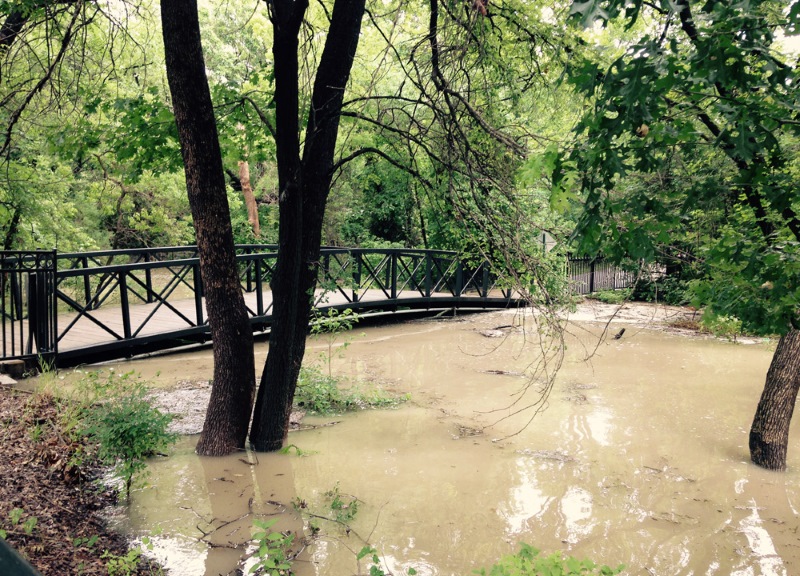 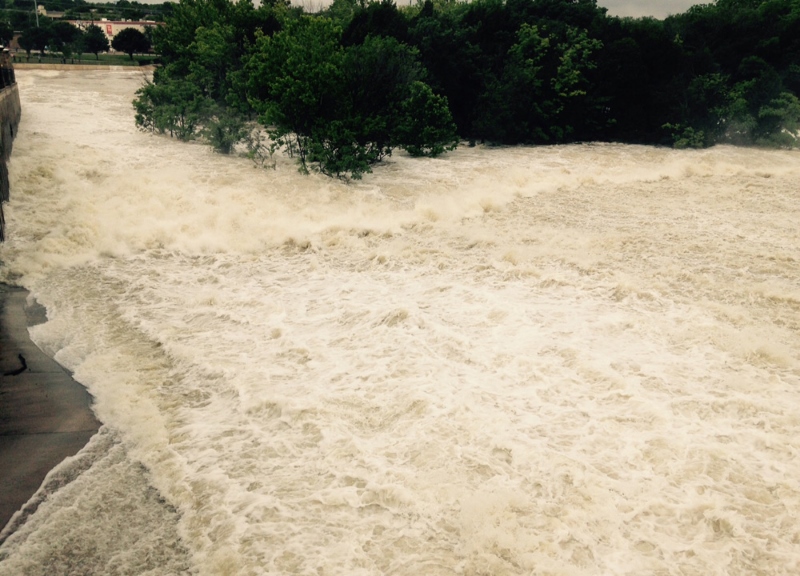 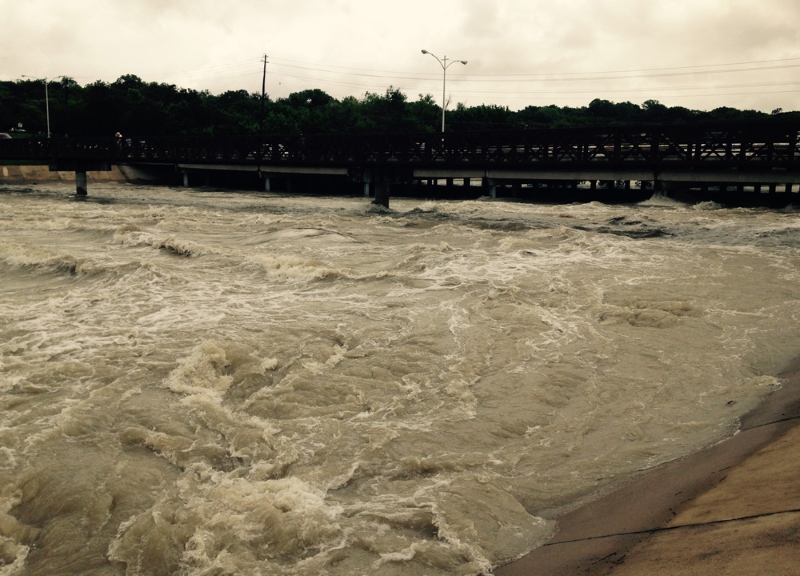 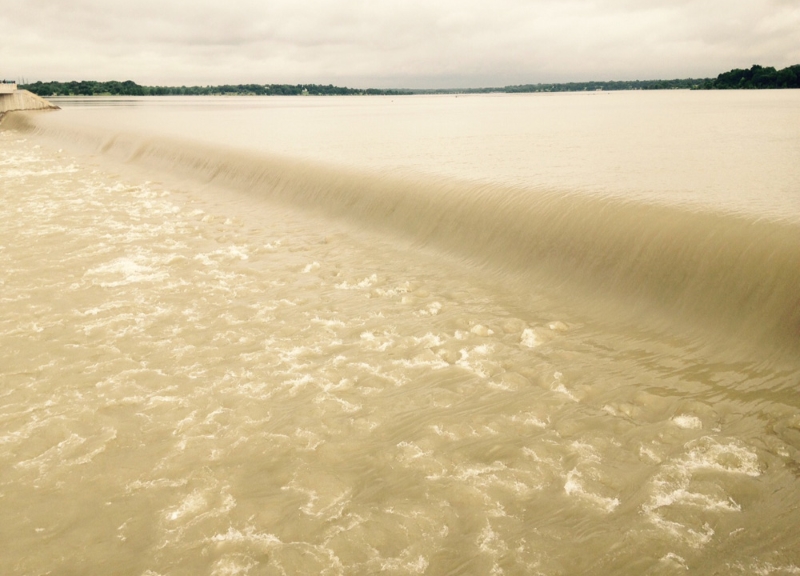 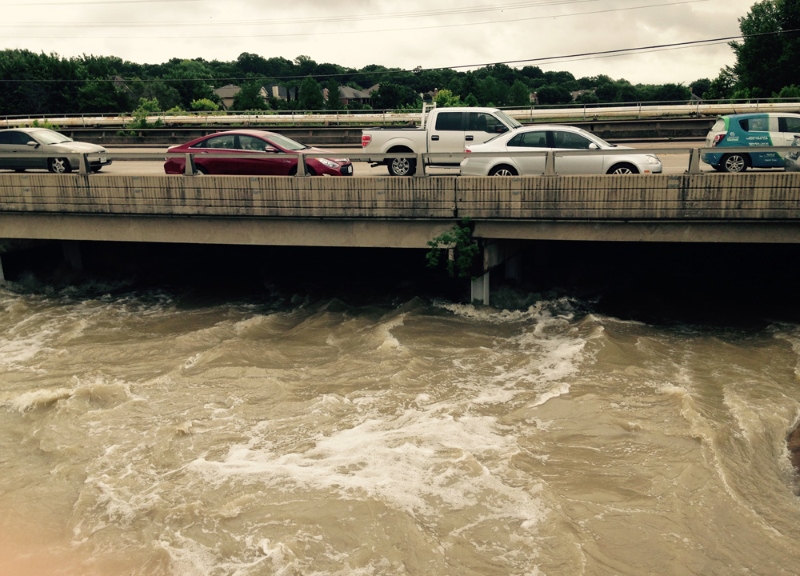