OK, so, we’re not 100 percent sure how this has lasted so long either, but it appears as though Donald Trump’s candidacy for becoming the President of the United States is here to stay — at least for a little while.

Dude’s been leading preliminary polls for quite some time now despite his obvious lack of political experience, his bombastic arrogance, his blatantly racist and sexist comments and, well, just a host of other bad and not good traits.

Sure, the media’s probably to blame here. Trump’s getting more coverage than any other candidate out there. In part, this is because the guy — love him or hate him — is great at dropping soundbites. And, in turn, stories about Trump do well on social media. No, there’s no denying that: Stories about this walking hemorrhoid with bad hair can draw in some hella nice web traffic! And pageviews are pageviews are pageviews.

So, with that said, we figured we’d join in on that fray.

In advance of Trump’s sold-out appearance tonight at Dallas’ American Airlines Center, we present to you a game of Donald Trump Bingo. You know how to play: If you hear Trump reference, say or do one of the following things, mark it off. Mark off five boxes in a row — up, across or diagonal — and you win. 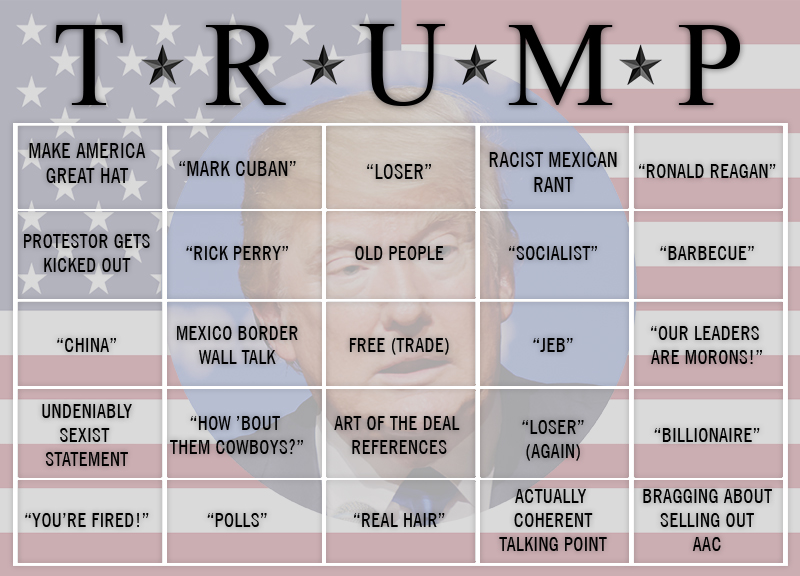